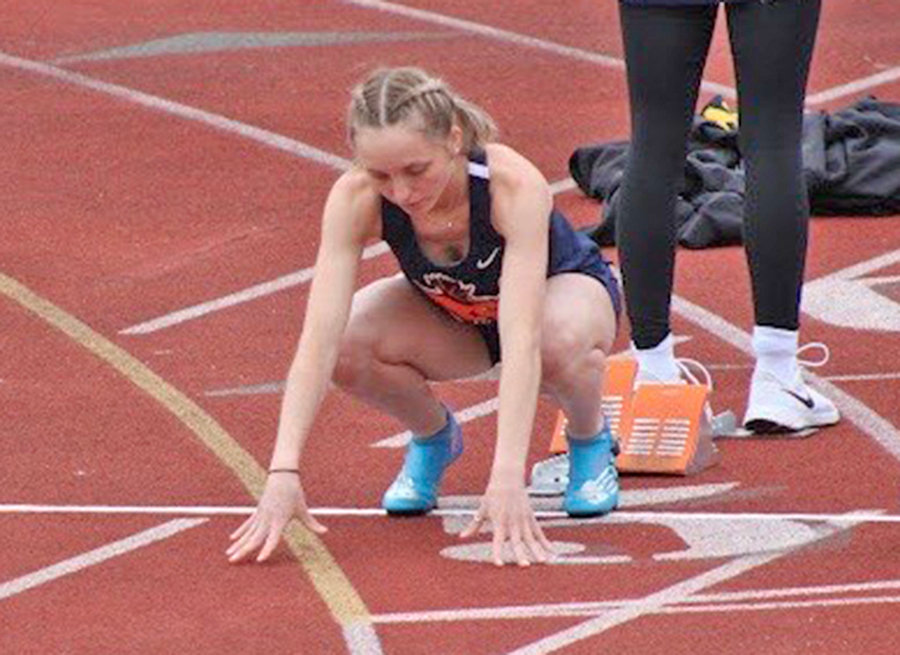 Utica University freshman Mackenzie Mix is pictured before the 100-meter dash at the Empire 8 Championships.
(Photo courtesy of Nicole Zalewski) 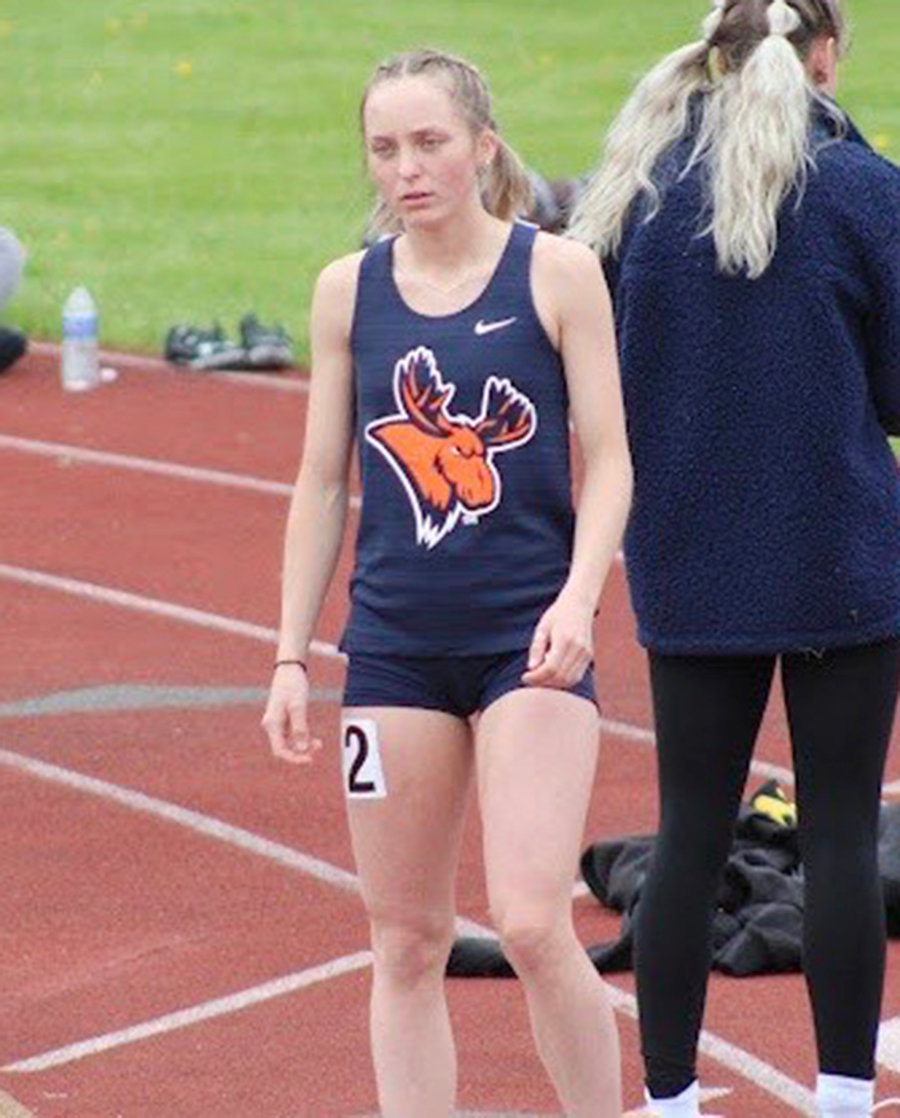 Utica University freshman Mackenzie Mix is pictured before the 100-meter dash at the Empire 8 Championships.
(Photo courtesy of Nicole Zalewski)
Previous Next
Posted Tuesday, May 24, 2022 7:30 am
Matthew Breault, Special to the Daily Sentinel

Mix is seeded 25th in the nation in the 400-meter with a time of 56.76 seconds, which also broke a Utica University school record that had been held by Anastasia Bowden for the past eight years.

For the NCAA Division III Outdoor Track and Field Championships, that will be held May 26-28 at the SPIRE Institute in Geneva, Ohio, Mix is seeded 20th out of the 22 accepted entries.

Qualifying for Nationals is something Mix said she was hoping for, but didn’t want to get her hopes up if it didn’t go her way. She will join Utica teammates Hunter Logan (shot put) and Ka’Sean Watlington (triple jump) in Ohio this coming weekend.

“I definitely think that this will be a really cool experience to continue my season and go to Nationals as a freshman,” Mix said. “I hopefully can PR again and run a really good time with some really fast competition. I am definitely excited and ready to PR.

Steven Campbell, who is the head coach of Camden girls track and field, was Mix’s coach when she broke multiple school records in high school, including the 100-meter, 200-meter and 400-meter. Campbell said seeing Mix qualify for Nationals as a freshman didn’t come as a surprise to him.

“Mackenzie is so hard working and goal oriented,” Campbell said. “I am so proud of Mackenzie and what she has accomplished in her first collegiate season, but not surprised given her work ethic and drive to succeed.”

John Hartpence, who is an assistant track and field coach at Utica University, was hired in fall of 2021, around the same time Mix enrolled at Utica University. Hartpence said having a freshman qualifying for the NCAA Championships has been an amazing finish to a rewarding first year at Utica.

“Mackenzie has an outstanding work ethic and has no fear of hard training,” Hartpence said. “She’s a great competitor and is not afraid to challenge herself in training or racing. When she won the Empire 8 title, and broke the school record, I knew she was in a strong position to qualify for the NCAA Championships. It was very satisfying to see her name on the accepted entries for NCAAs and I am very happy she’ll get the payoff for an outstanding year.”

Throughout her freshman campaign, Mix has broken five individual school records, including two during the Indoor season (300-meter, 400-meter), and three during the Outdoor season (100-meter, 200-meter and 400-meter).

Mix said without all the coaches she’s had throughout her athletic career, both collegiate and high school, she wouldn’t have been able to have such a successful freshman year.

“I would definitely give credit to all the coaches I’ve had through my whole first year of college and high school,” Mix said. “Coach [Steven] Campbell and coach [Phil] Lucason helped prepare me for the whole college experience with both sports and academics, and coach [Nikki] Kieffer (Utica University field hockey head coach) helped me get on the right track of balancing the school and workload and overall, just getting me ready.”

Mix also took a moment to thank each of the track and field coaches at Utica University.

“I also would like to give credit to all of the coaches, because we don’t just have like one coach on the team, we’re pretty much close to everyone,” Mix said. “Even if they’re a jumper or sprinter, and you’re a thrower, everyone is really close and that’s what I love about this team. Other coaches are able to talk to any other athlete even though they may coach a different event.”

Mix will look to break her school record once again, as she will compete at 3 p.m. on Friday. The NCAA Championships will be streamed on NCAA.com.