Call on the rebound for Utica University basketball

Damien Call is on the comeback trail.

Call on the rebound for Utica University basketball 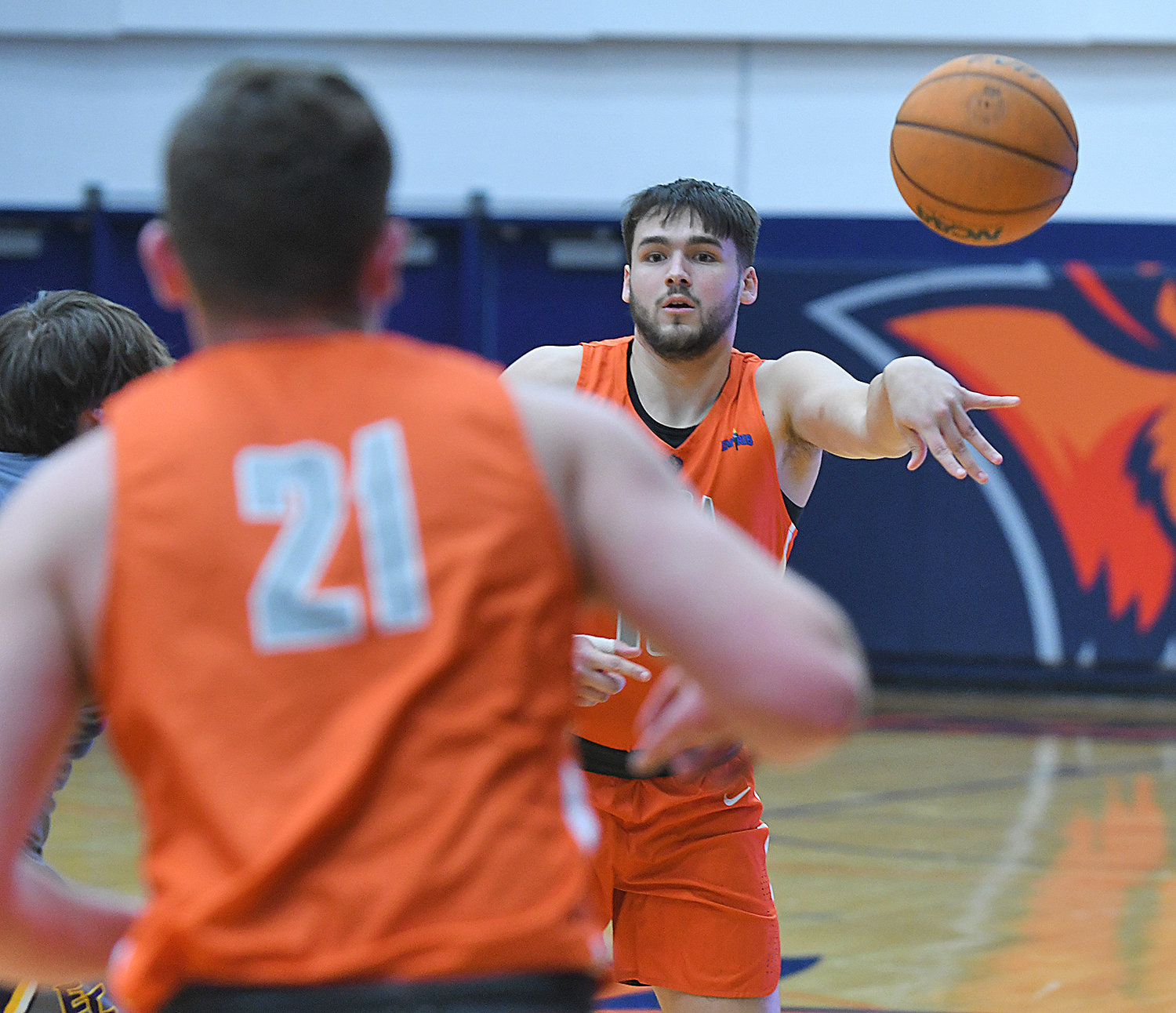 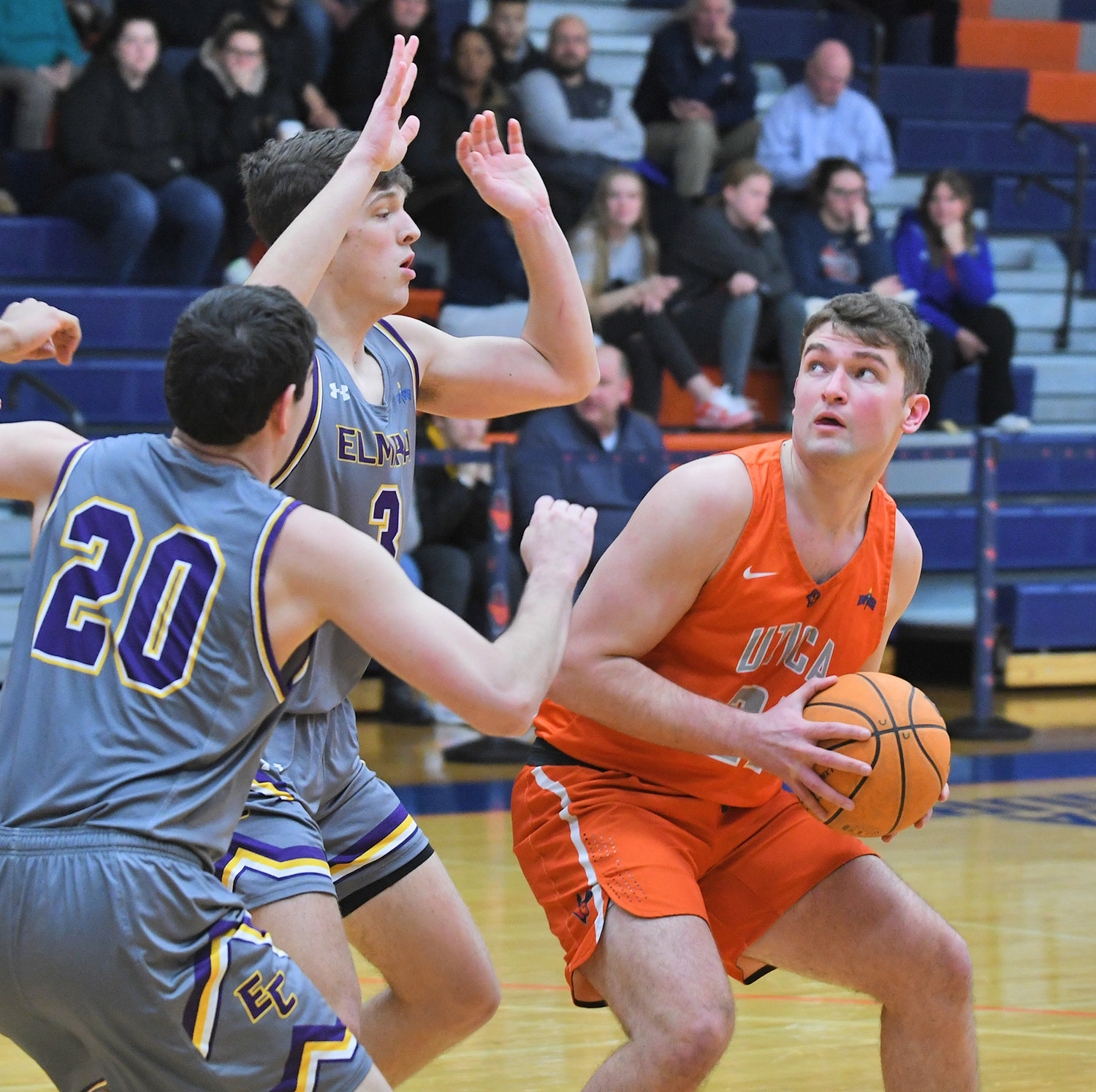 Utica University's Thomas Morreale goes up for a shot as Elmira's JJ Babcock (3) and Harry Ravitz (20) defend on Friday night in Empire 8 action in Utica.
(Sentinel photo by John Clifford) 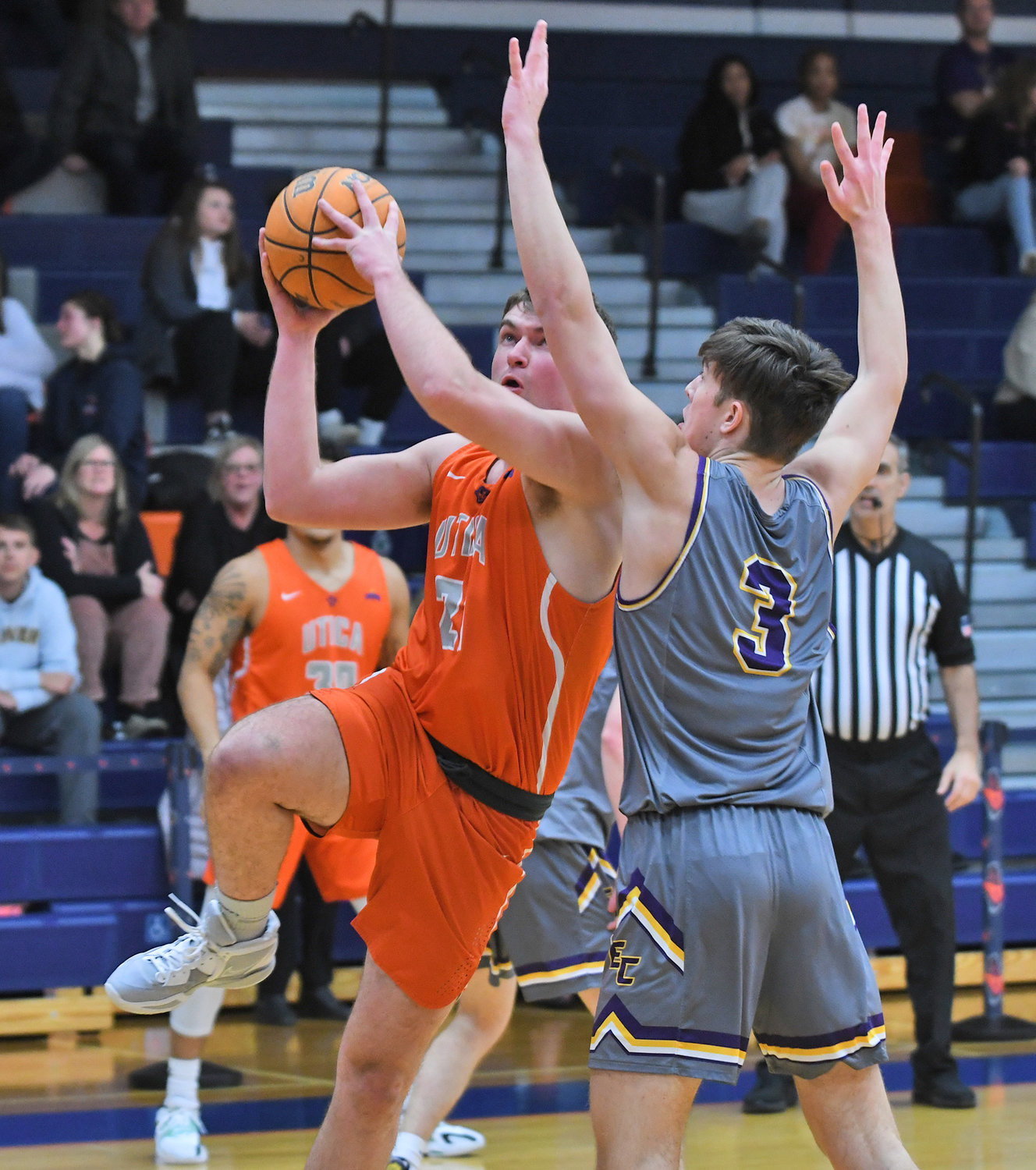 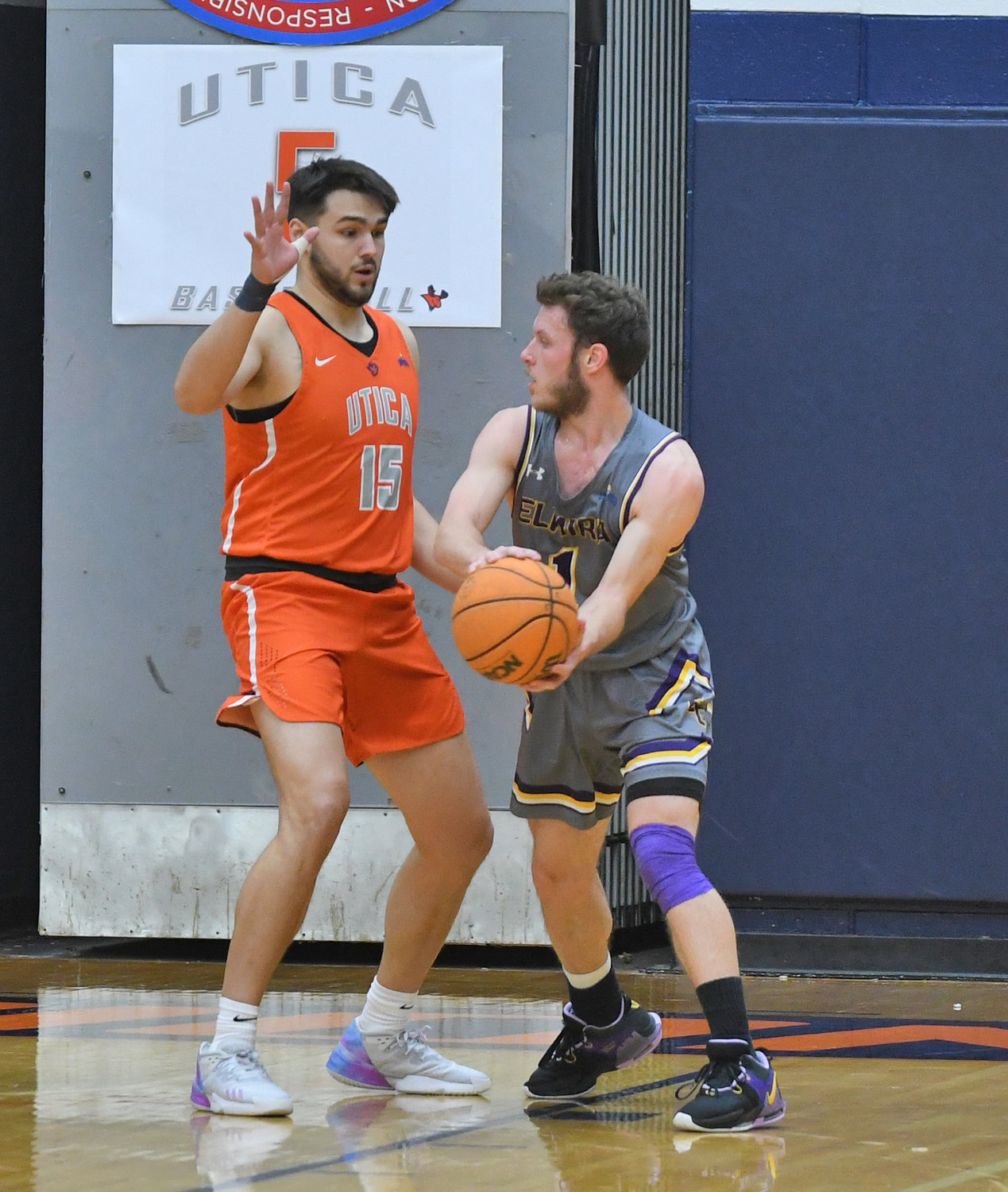 UTICA — Damien Call is on the comeback trail.

After missing the first seven games of the season due to a torn ligament in his right thumb, Rome Free Academy’s all-time leading scorer is back as a top reserve for the Utica University men’s basketball team.

Call has come off the bench in the last seven games to help the Pioneers win five in a row including a pair of Empire 8 Conference home games over the weekend. On Friday night, Utica defeated Elmira College 72-53 and on Saturday afternoon, the Pioneers beat Alfred University 73-59.

“It was a big win against Alfred,” said the junior forward Call, who had six points and six rebounds in the win. “They’re usually a top-four team in the league. It was a good win.”

Call, who is averaging 5.4 points and 6.4 rebounds in 20.1 minutes per contest, tore a ligament in his right thumb on Oct. 15, had surgery a week later and was sidelined until Dec. 29.

“I had surgery right before the season started. I was thinking of kind of putting the surgery off until after the season, but after a week I decided to get the surgery done,” said the 6-foot-4, 215-pound Call. “It’s my main hand for everything. It was a relatively short healing process of six weeks. It feels pretty good. It’s sore from where the incision was. I’ve been doing rehab for it and tape it for every game.”

Call’s teammate Thomas Morreale, a former standout at Whitesboro, was named Empire 8 Conference Player of the Week. Morreale, a senior forward, helped lead Utica to a 3-0 week and stay unbeaten in league play, averaging 17.3 points per game on 56% shooting from the field (18-for-32) and 11-for-14 shooting from the free throw line. Morreale, who has started all 14 games this season, scored a team-high 18 points in Utica’s comeback win at No. 19 Nazareth College on Tuesday, five of which came in overtime. He also scored 21 points against Elmira on Friday before scoring 13 against Alfred on Saturday. For the season, the 6-foot-5, 220-pound Morreale is averaging 14.3 points and 5.9 rebounds in 29.9 minutes per contest.

“I’ve known him for a long time, since elementary school. We played AAU basketball together and we played against each other in high school,” said Call of Morreale. “I love playing with him. He’s a good teammate, good player and good friend. He’s a high IQ player, he makes smart decisions and all he wants to do is win. Doesn’t matter how many points he scores.”

“I think things are going good as a team. In our two losses, we’ve struggled rebounding the ball and finishing games defensively,” Call said. “I think we’re playing better each and every game. This is the time of the season, you want to play a complete game and be playing your best basketball. We want to get home-court advantage for our conference tournament and host it and obviously make the NCAA tournament, since we didn’t make it last year.

“I want to win more and play more as a team,” he added. “In college everybody is a pretty good basketball player. I want to win our league, make the NCAAs and see how far we can go as a team.”