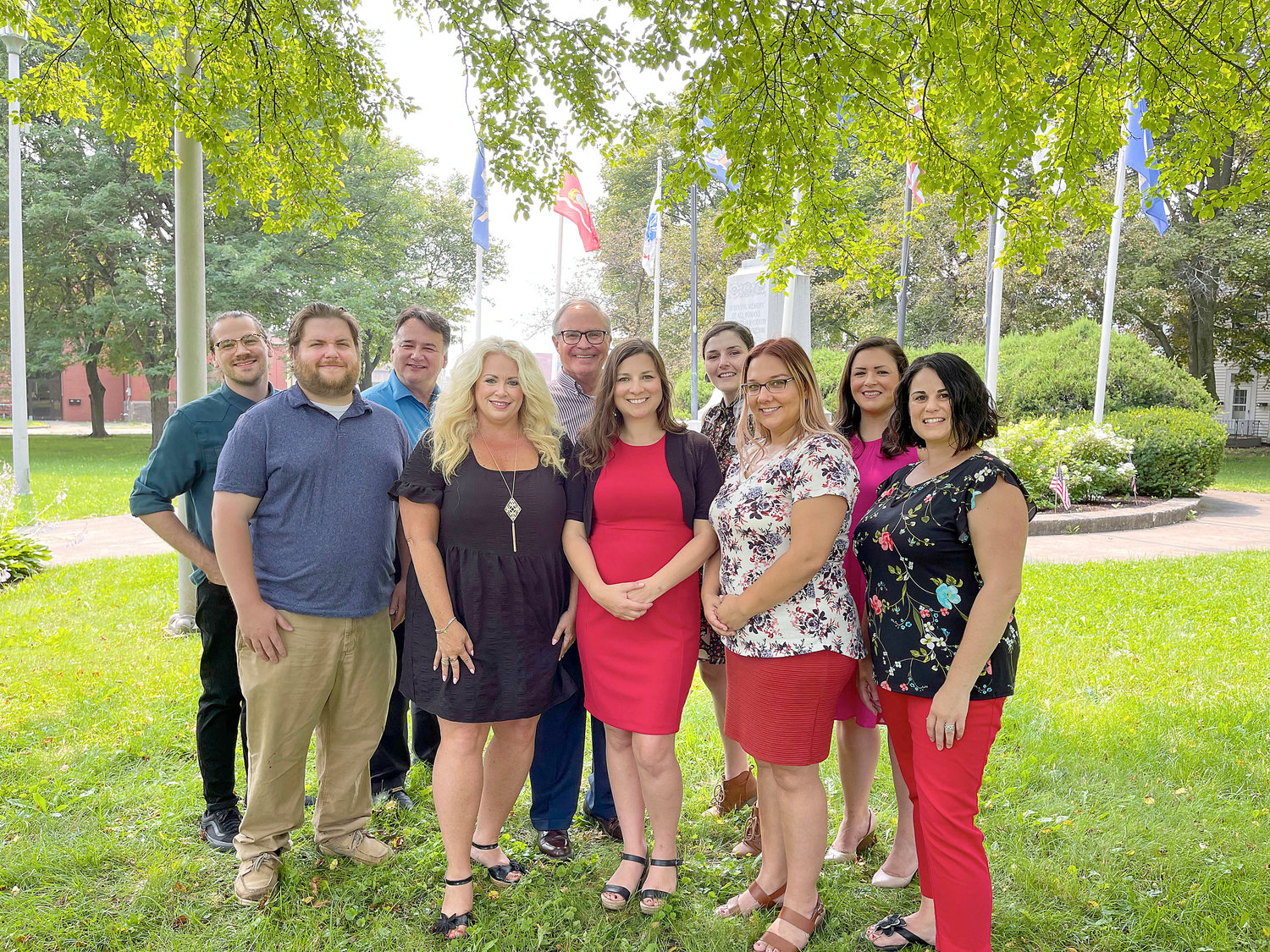 The staff of C & D Advertising, a full-service integrated marketing agency at 103 W. Court St. in Rome, pose for a photo to celebrate the company’s 25 years in business.
(Photo submitted) 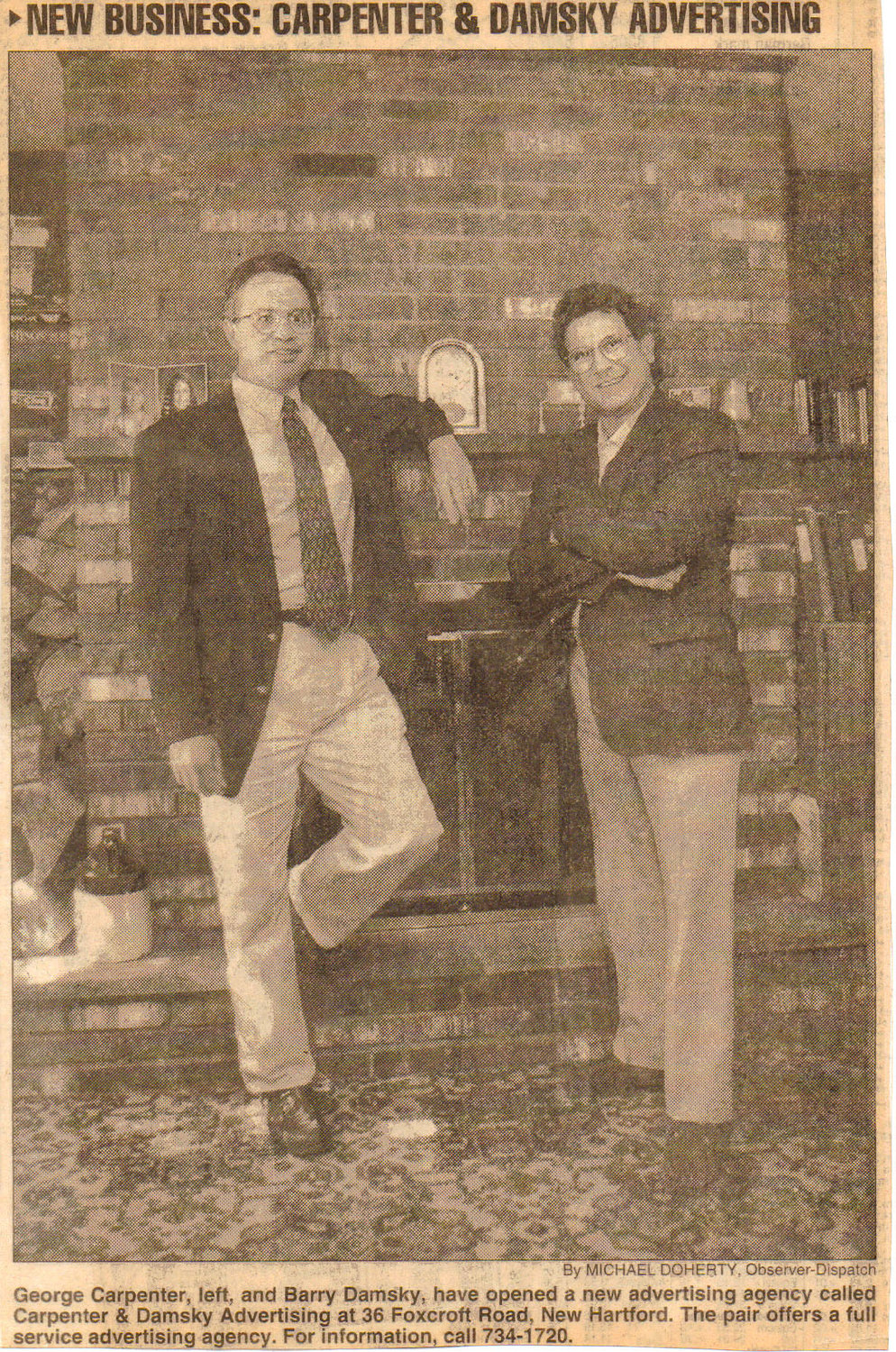 In the interest of keeping overhead down the agency was started in the Carpenter’s home, a “temporary arrangement” that actually lasted 10 years. Since then, the firm was located on Genesee Street, Utica, and in 2021 the offices moved to 103 W. Court St. in the Downtown Arts District of Rome.

Motivated by a change in ownership when Damsky retired, the name of the company was changed in 2012 to C & D Advertising. Simultaneously, Jennifer Beach Brillante joined the firm as an account manager.

From the beginning of their business relationship, Carpenter and Brillante shared a desire to grow the agency and planned that Brillante would become the owner of the company. In January 2021, Brillante became majority owner of C & D Advertising.

“I am thrilled to have the business I helped start 25 years ago in Jennifer’s very capable hands,” said Carpenter. “I am confident that our business culture will thrive.”

“I grew up in Rome and I believe a business should benefit the community it’s located in. Our business operates with that philanthropic philosophy,” Brillante said.