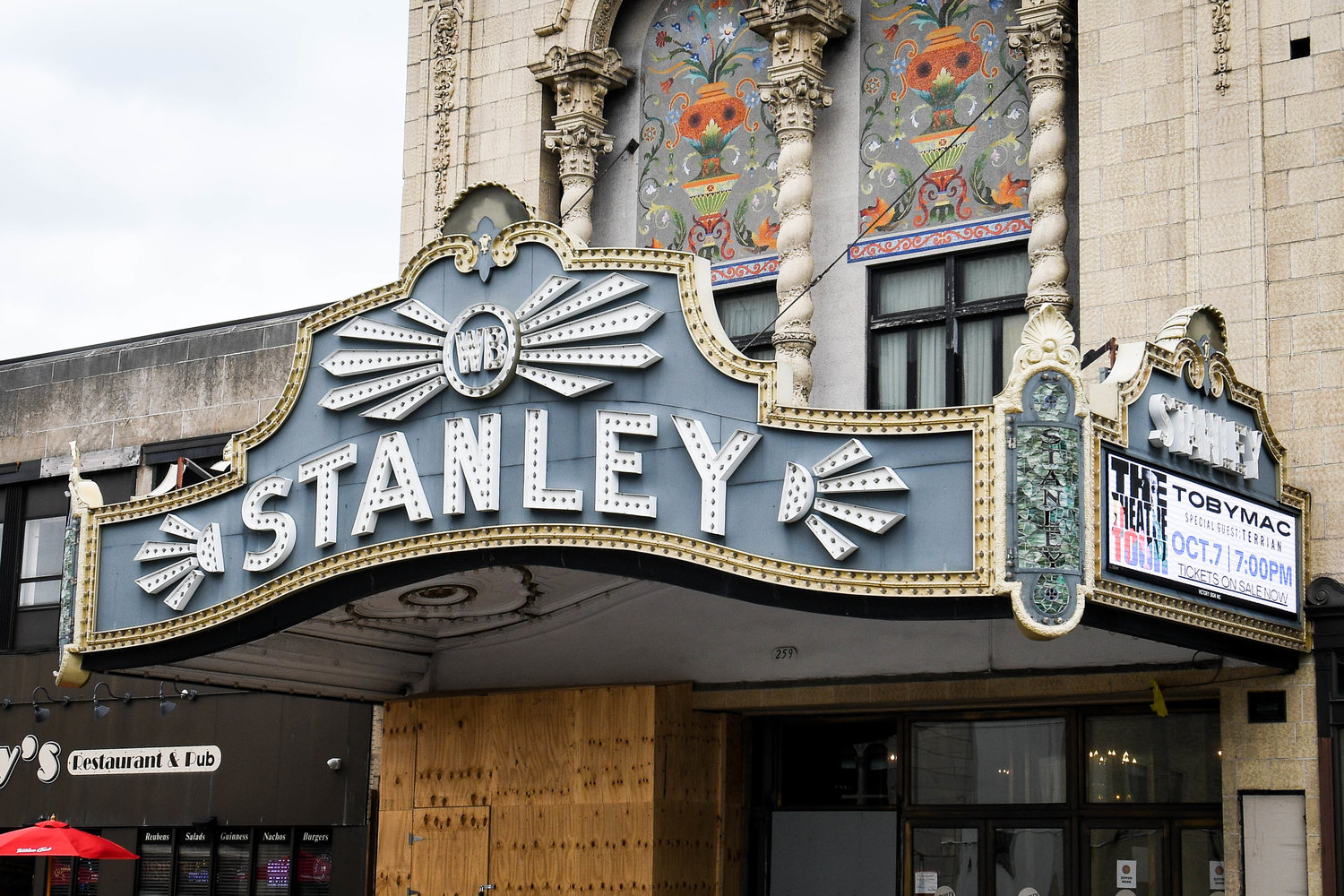 $15,000 in grant funding was presented to the Broadway Theatre League of Utica on Wednesday to support its Students on Broadway program. The program is geared toward K-12 students who are enrolled in a local area school and seeks to unleash their creativity by familiarizing them with the arts.
(Sentinel photo by Alex Cooper)
Posted Friday, August 19, 2022 10:50 am
More information

Students on Broadway, a sister program of the Bernadette A. Eichler Youth Ambassador Program, allows students from kindergarten through 12th grade to attend shows sponsored by the Broadway Theatre League of Utica at no cost.

“Whether they have financial restrictions, they’re at-risk youth, anything like this, we break down the barriers and welcome them with open arms into the theatre,” said Danielle Padula, executive director of the Broadway Theatre League of Utica. “A lot of organizations and clubs and youth programs are restricted to the dollars that they have for the year based on funding, so now they can still attend things at the theatre presented by Broadway Utica and know that it’s no charge and still fit it into their calendar.”

The theatre league’s 2022-2023 season features a diverse lineup of shows at the Stanley Theatre, 259 Genesee St., that students in the Students on Broadway program are eligible to attend:

In addition to the theatre league’s 2022-2023 season, they will also be co-presenting additional shows with the Stanley Theatre, which will be made available to students in the Students on Broadway program:

Students interested in becoming involved with the Student on Broadway program, or parents and guardians interested in signing up students, can enroll online through the theatre league’s website or by contacting the Broadway Theatre League of Utica directly.