The Westmoreland/Oriskany football team will begin its fourth season as a combined program. 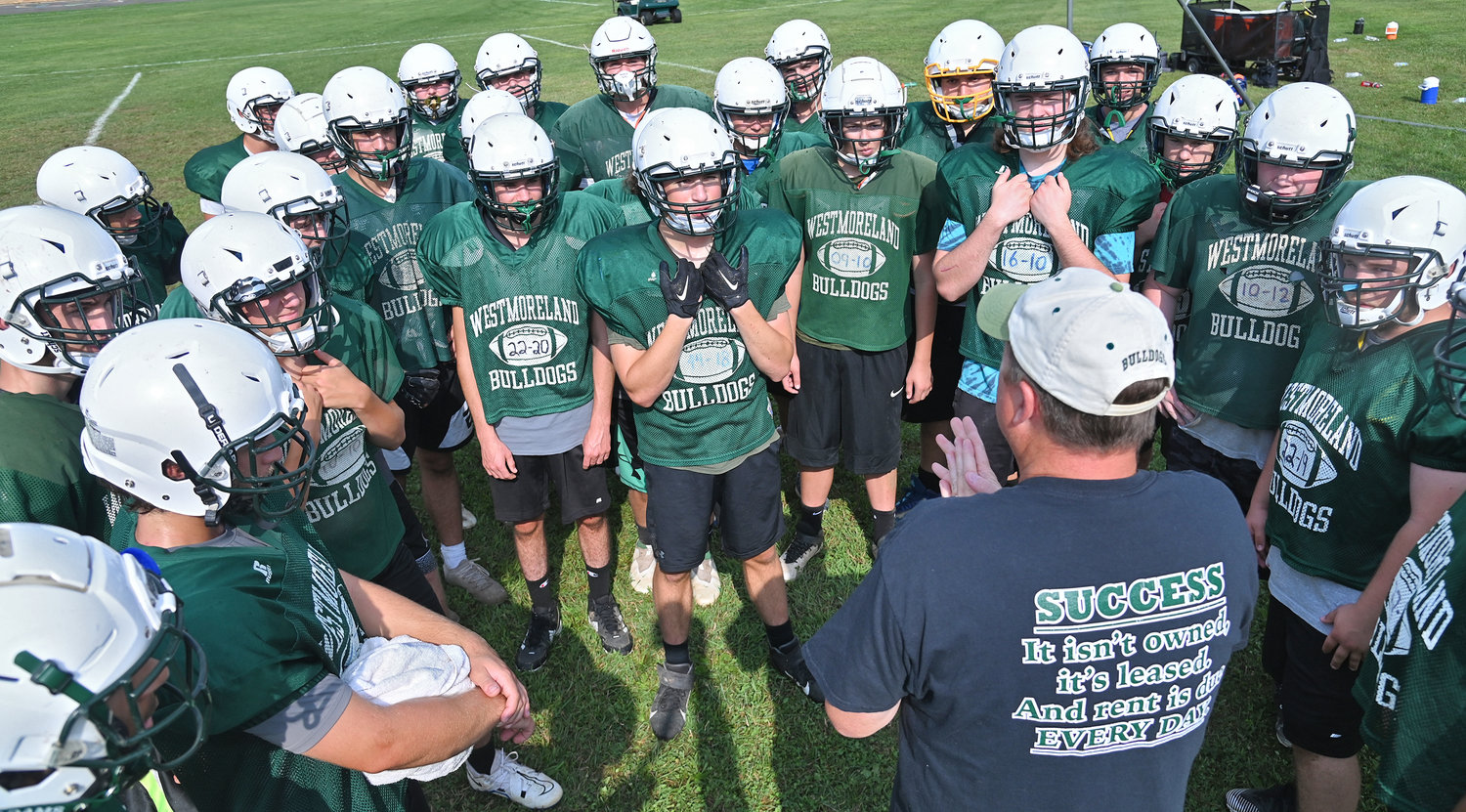 Westmoreland/Oriskany defensive coordinator Greg Williams talks to the team before the Bulldogs break up for defensive drills on Aug. 25.
(Sentinel photo by John Clifford) 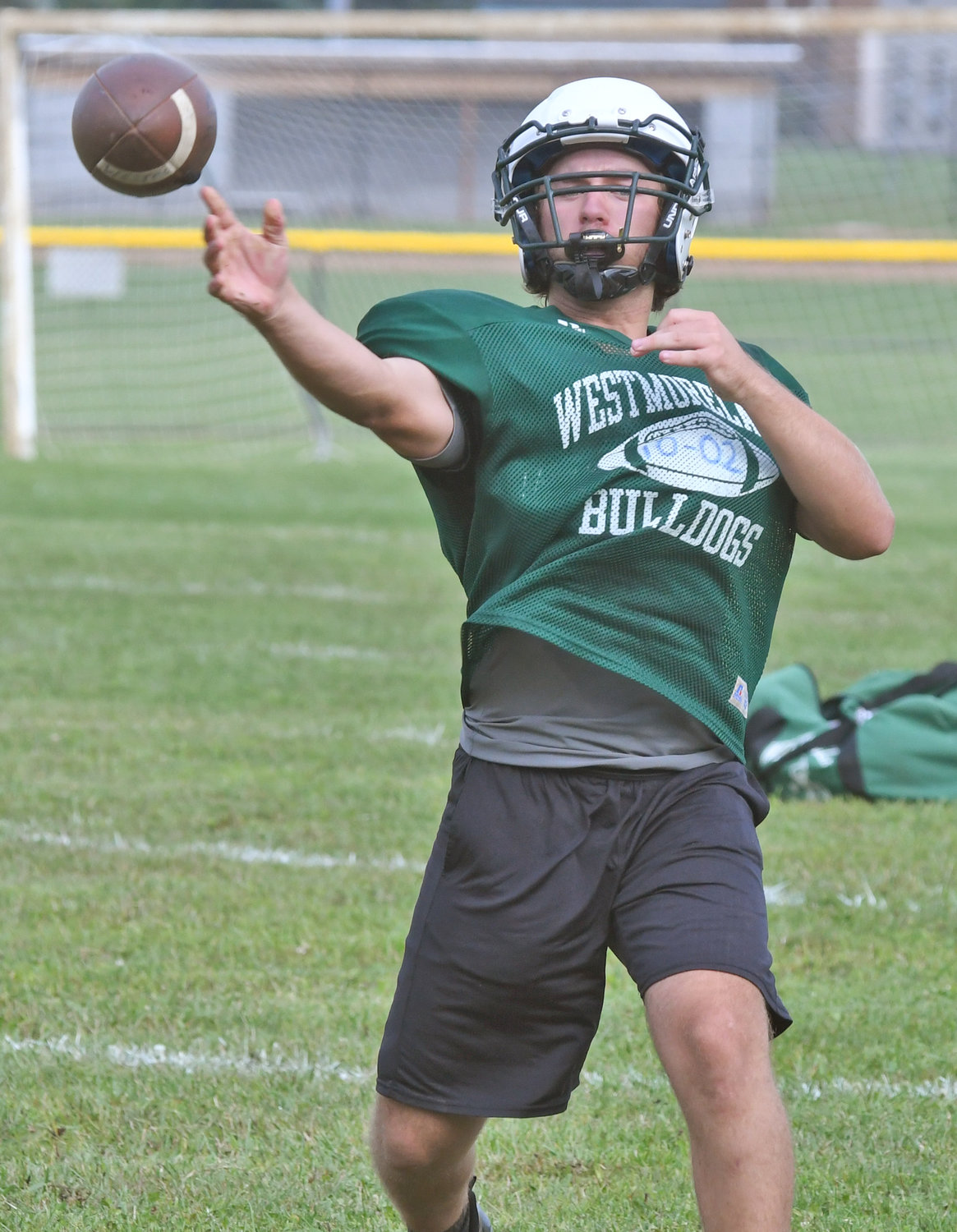 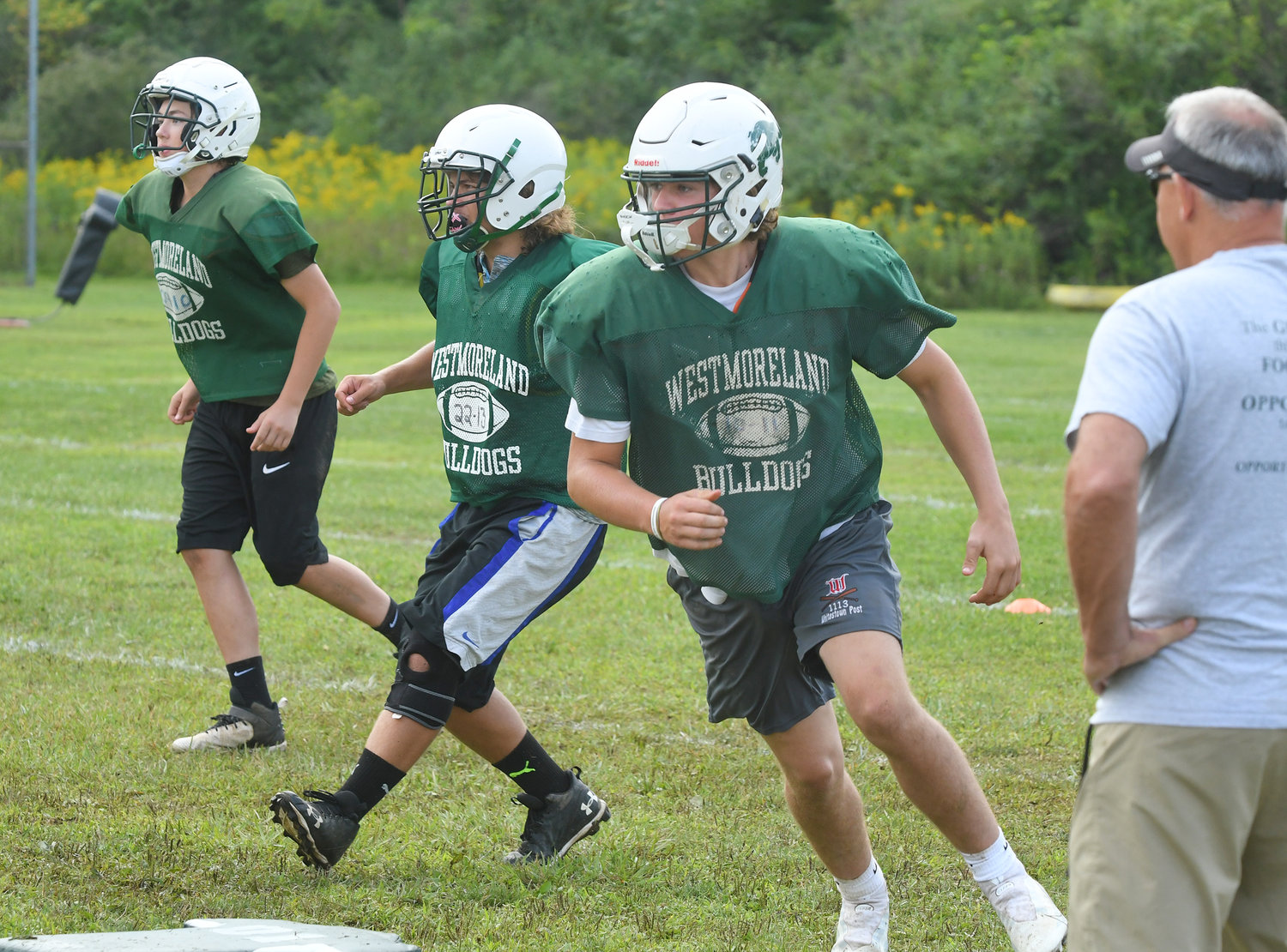 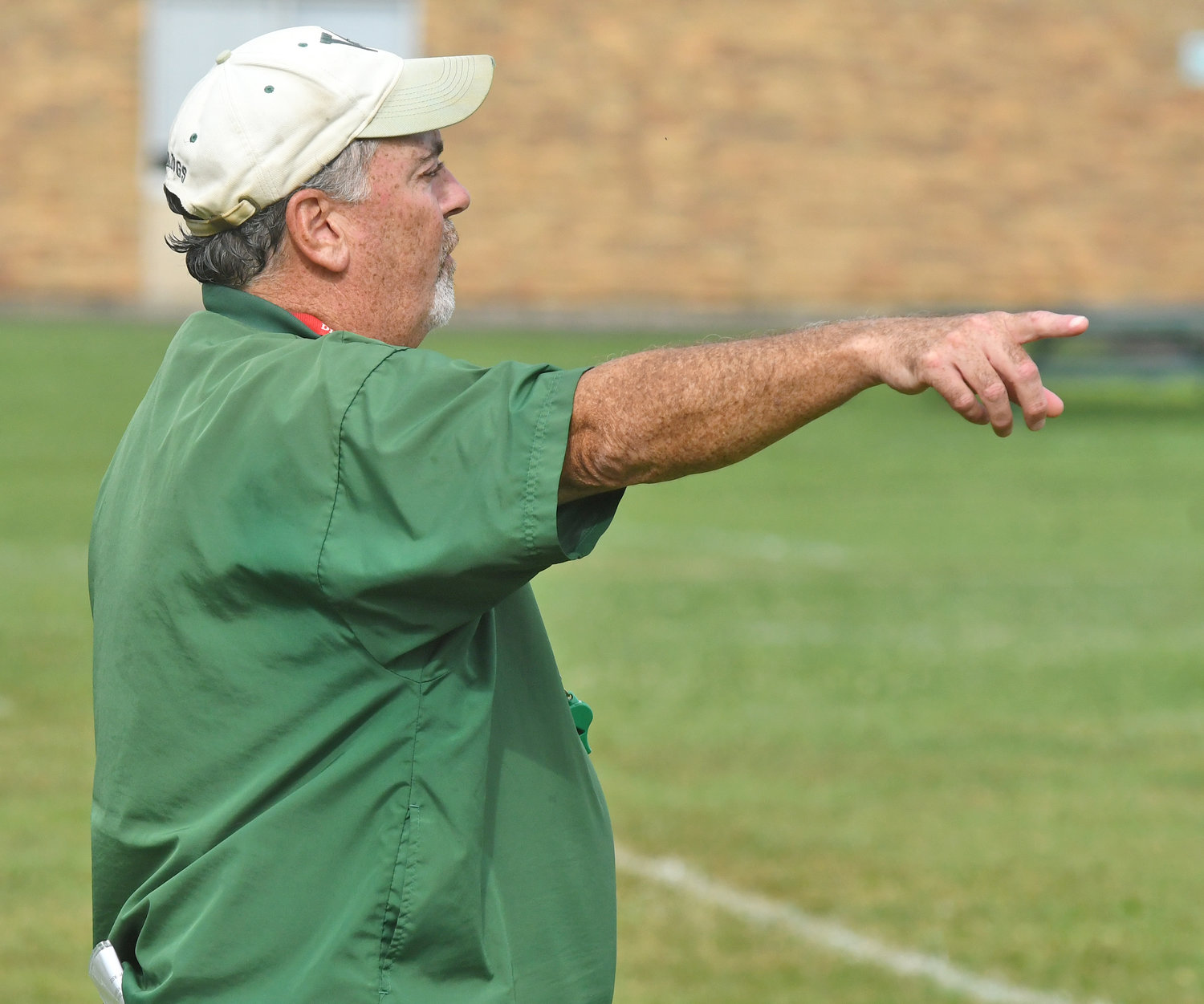 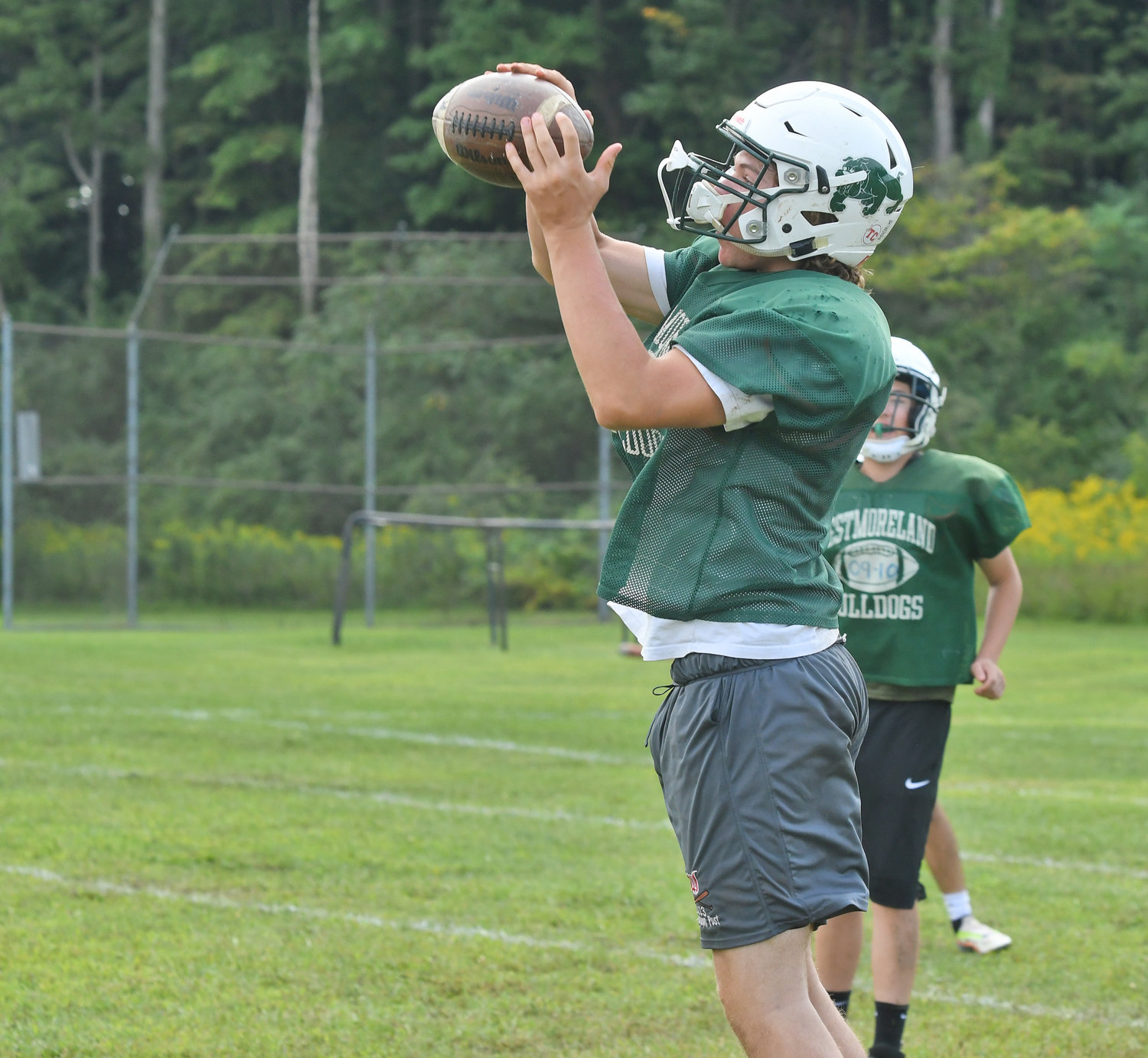 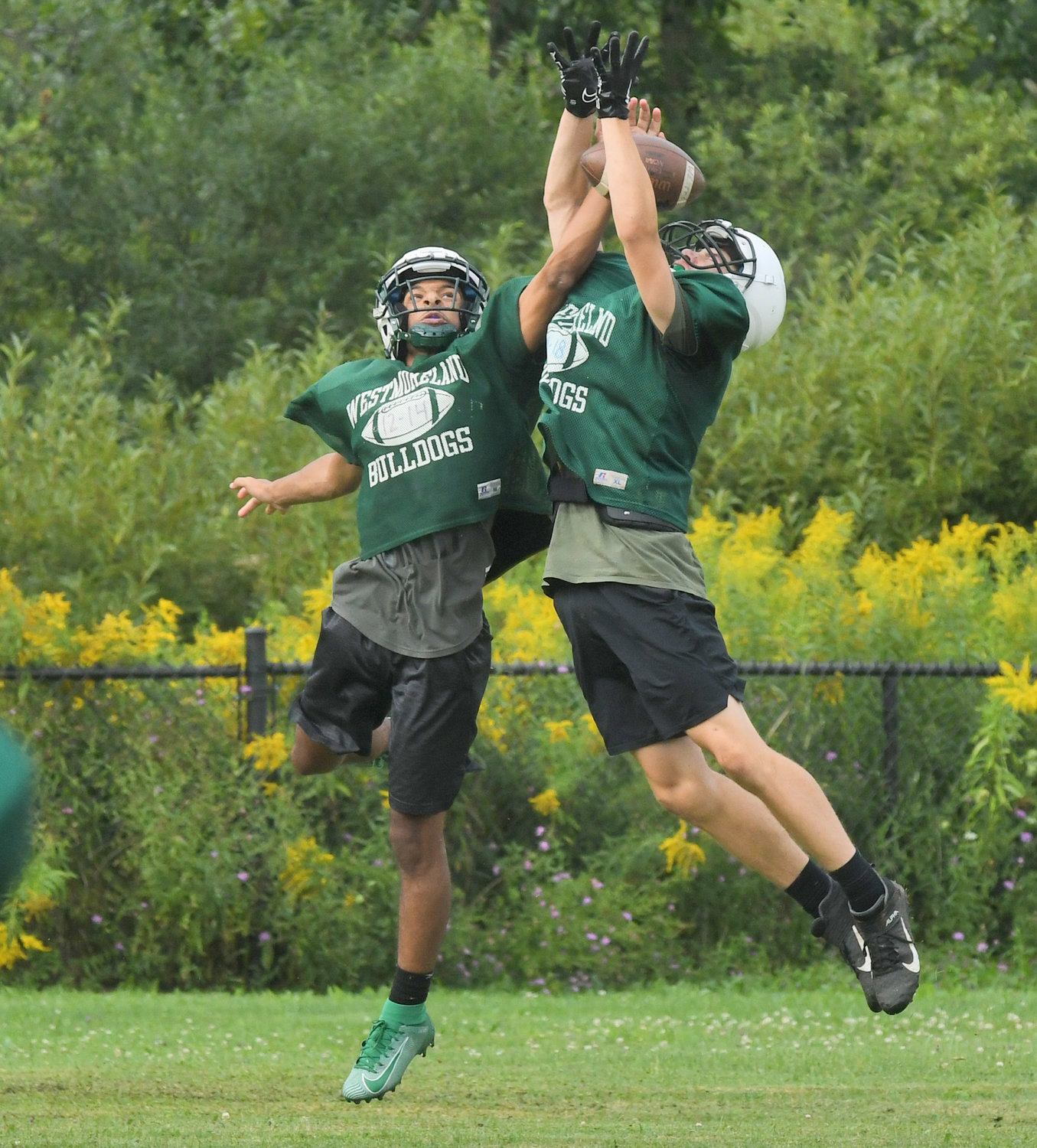 WESTMORELAND — The Westmoreland/Oriskany football team will begin its fourth season as a combined program.

The Bulldogs, who were 3-4 last fall as an independent team, will compete in the seven-team Class C2 Division this season along with Adirondack, General Brown, Holland Patent, Lowville, Southern Hills and Vernon-Verona-Sherrill.

“Last fall, due to our independent status, we were not eligible for the playoffs. Several factors went into that decision but this fall we feel we are in a much better situation. With the number of players on the roster, and we feel we can compete for a playoff berth,” said longtime Bulldogs coach Tim Gates, who is in his 23rd season and has a career record of 128-67. “Class C certainly presents us with many challenges. We play a rigorous schedule that includes several playoff teams from last season but if we practice and play the way we are capable, and stay injury free, we should be better because of it. Our team and coaches are excited to compete this fall and play the great game of football.”

“Michael (Scalise) is one of our captains. He has led our offense with seven touchdowns last year and was our second leading rusher,” Gates said. “He has been a starter for the last two seasons and developed some solid leadership skills. This fall Michael will be counted on to lead a balanced run/pass offense while playing a very challenging schedule. Michael is well respected by his teammates.”

Gates said three other players to watch are Davison, Holmes and Livingston.

“This trio of seniors have started for the last two years on defense and will be the key to stopping the run,” Gates said. “Payton (Livingston) was our leading tackler last season and Owen (Davison) was solid as well. Mitchell’s (Holmes) season was cut short by an injury that limited him to only four games.”

“We feel that through hard work and a great attitude, the unselfish and dedicated young men from both schools will be competitive. As always, our expectations are to get better every week, and be competitive in Class C,” Gates said. “Our returning players are motivated by the fact that we get to play for a playoff berth and our younger players are eager to learn. They have been, and will continue to be, working hard to improve this season. We are confident that through hard work, experience, a tremendous attitude and a little good fortune, we can have a successful, productive season. Quite simply, it’s great to have the opportunity to play the game we love.”