Bulldogs’ Miller off to hot start 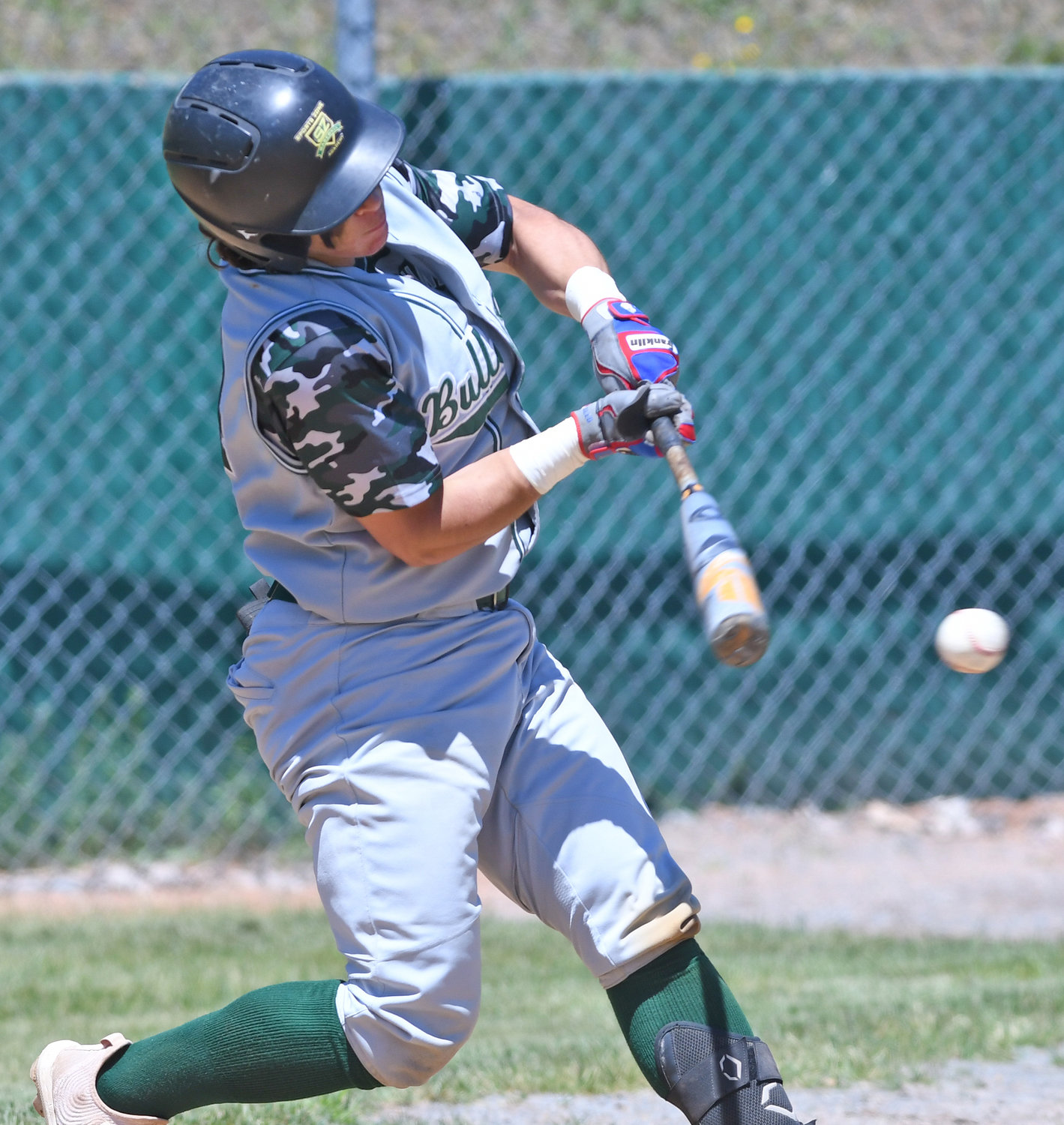 A BIG HIT — Westmoreland’s Caleb Miller gets a hit in this file photo from the 2021 season. Now a senior, Miller is off to a hot start and has big goals for himself and the team.
(Sentinel photo by John Clifford)
Steve Jones
Sports writer
email / twitter

WESTMORELAND — Westmoreland’s Caleb Miller, a senior co-captain for the Bulldogs’ baseball team, is off to a blistering start this season. Miller is 7-for-11 with three doubles and a pair of triples.

Miller also has scored eight of the team’s 32 runs in three games, with five runs batted in and seven stolen bases.

He’s also started one game on the mound, getting a no decision after going five innings while allowing five runs — two of them earned — on five hits and three walks. He struck out seven.

And though he hasn’t competed yet this season, he’s also participating in the outdoor track and field season this spring.

“My most important personal goal of the season is I want to be the Mohawk Valley player of the year.” His top goal for the team is “to win a Sectional championship this season.”

“The most recent thing, the most important thing is my pitching ability.” In his first three years of varsity baseball, he didn’t pitch virtually at all. Last season, they needed another starting pitcher option so he did that too. “I’ve enjoyed doing it.”

Why are you running track this season too?

“Track is something that I’ve grown to love in the past few years.” He said that losing a close state qualifier race in indoor “left a bad taste in my mouth. I wanted to get back in and compete. I didn’t want my track career to end that way.”

He’ll probably run in his first competition this season on Tuesday. He’ll likely run the 100-meter, 200 and as part of the 4x100 relay.

He’s going to attend Union College to play baseball and major in economics.

What do you do for fun off the baseball diamond?

He plays video games and lifts weights. “I just like getting after it.”