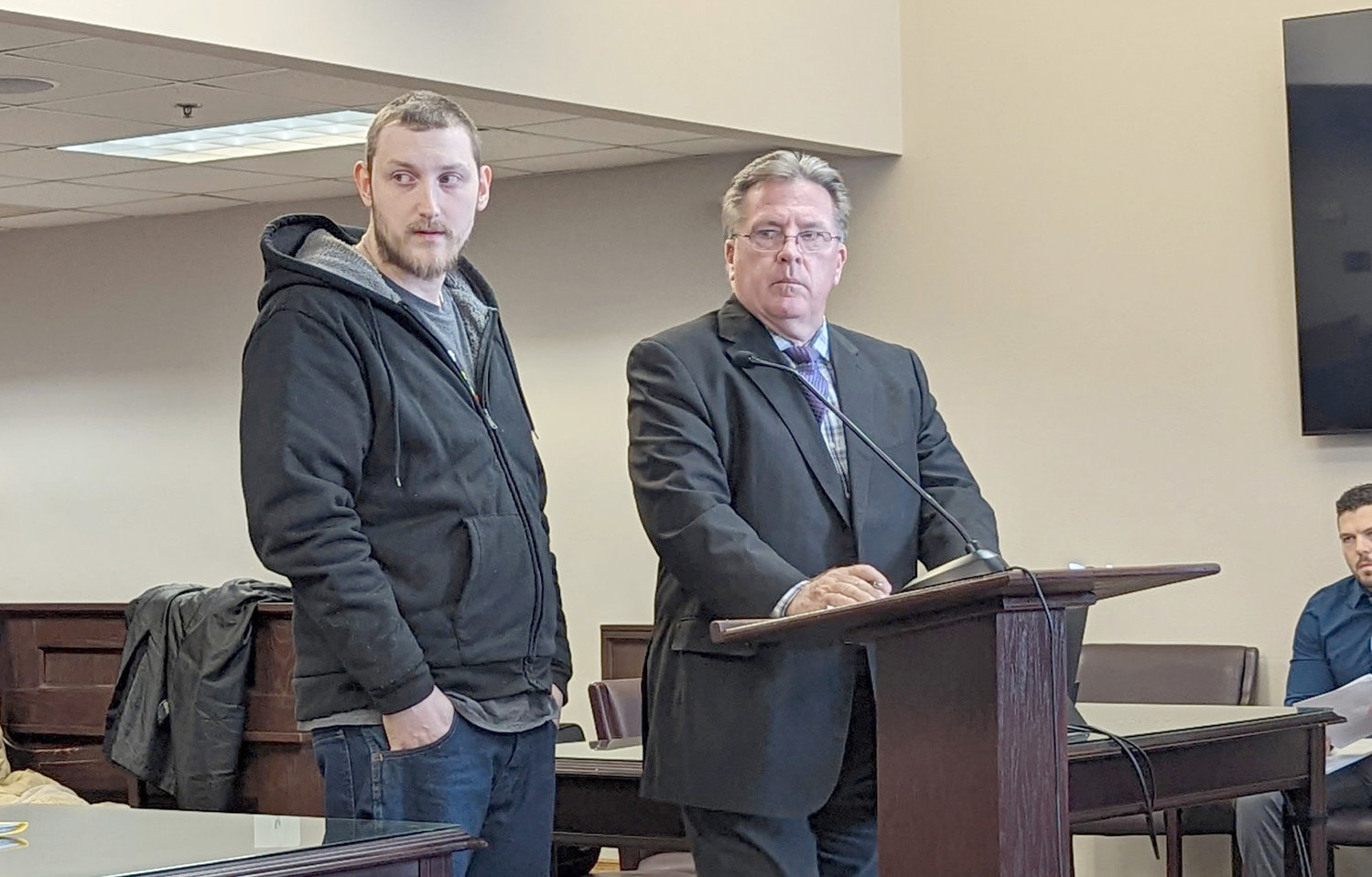 TABERG — Attempted murder and assault charges have been dropped against one of the Taberg brothers accused in the death of a third brother after he pleaded guilty this week to lying to law enforcement investigators about his role.

Micheal Westcott is now expected to testify against his brother, Matthew Westcott, in the latter’s murder trial next week.

MIcheal Westcott, 32, appeared before Oneida County Court Judge Robert L. Bauer Friday morning to have his charges dismissed by the District Attorney’s Office. Westcott had been charged with attempted second-degree murder and first-degree assault in the September 2021 death of third brother, James Westcott.

Authorities said Matthew Westcott shot and killed James Westcott in the family home on Route 69 in Taberg on Sept. 17, 2021. After Westcott was taken into custody for the shooting, an autopsy revealed additional knife wounds to the back of James Westcott’s head. When state police went to investigate the knife wounds, Micheal Westcott was interviewed and gave a statement claiming that he stabbed his brother in the back of the head after the shooting.

Micheal told investigators that he stabbed James to “ease (his) suffering” in his original statement. Micheal was then taken into custody and eventually charged with attempted murder and assault.

Assistant District Attorney Todd Carville told Judge Bauer that his office was dropping the charges against Micheal Westcott because there was no evidence that Westcott was involved, other than the statement he had made against himself to the state police. And Westcott had since recanted that statement.

“It has become apparent to us that there is no evidence that supports the defendant’s statement, other than the fact that James Westcott was stabbed — although I will note that the location of the stab wounds that Micheal Westcott admitted to in the...statement were inaccurate as to the location,” Carville told Judge Bauer.

“The People have taken great measures to pour through all of the evidence to ensure that justice is had in respect to the victim and to Micheal Westcott.”

Carville said his office recently sat down for a new interview with Westcott and his defense attorney, Kurt Schultz.

“The defendant admitted during that interview that his statement...contained false statements, particularly with respect to his admission to stabbing his brother and the reason for that stabbing,” Carville said in court.

“He never possessed his brother’s knife, he never inflicted stab wounds on James Westcott, according to our interview. And evidence seems to suggest that is accurate.”

After admitting the statement he gave was false, Carville said Westcott was charged with one count of making a punishable false written statement. Westcott then pleaded guilty to that charge on Wednesday in Lee Town Court, and he was granted a one-year conditional discharge.

Micheal Westcott is now expected to testify against his brother, Matthew Westcott, who will go before a jury next week on his charge of second-degree murder.