The Broadway Theatre League of Utica is ready to razzle dazzle audiences with the national tour of the Broadway musical Chicago. 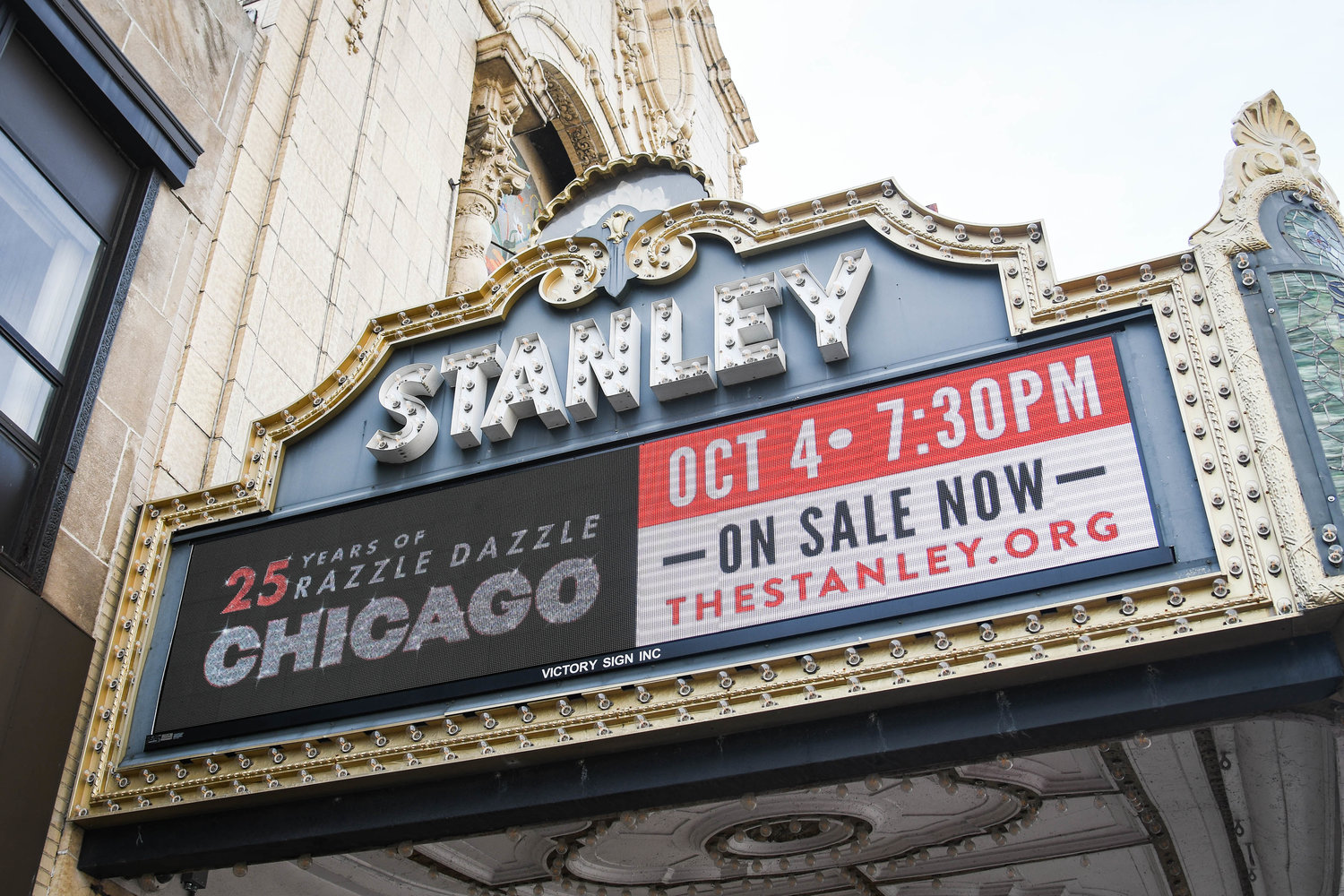 UTICA — The Broadway Theatre League of Utica is ready to razzle dazzle audiences with the national tour of the Broadway musical Chicago. The tour will be stopping at the Stanley Theatre, 259 Genesee St. for just one night only tonight at 7:30 p.m.

The story of Chicago follows Roxie Hart and Velma Kelly, two women accused of murdering their loved ones. As they navigate through an impressionable criminal justice system and the easily influenced media, the two women enlist the help of lawyer Billy Flynn and prison matron Mama Morton to help prove their “innocence.” The musical brings showstopping numbers like “All That Jazz,” “Call Block Tango” and “Razzle Dazzle” to help tell the story of fame and corruption during the era of vaudeville and jazz in Chicago almost 100 years ago.

The musical is commemorating the 25th anniversary of its presence on Broadway and its status of being the longest running American musical. The musical has also had productions staged around the world and a film adaptation in 2002, which went on to win numerous accolades including the Academy Award for best picture.

Jeff Brooks, who plays Billy Flynn in the national tour of Chicago, recently joined the tour and will be making his debut performance as Billy Flynn during the tour’s stop in Utica.

“Chicago is one of those musicals that has been a mainstay on Broadway long enough now that it’s something that we think of when we think of Broadway, we think of Chicago,” Brooks said. “It’s been redone and remade to a point where it’s more current now and it plays to even younger audiences and the themes have stayed strong throughout.”

Tonight’s performance will mark the return on Chicago at the Stanley Theatre. The musical has previously toured in Utica back in 2018. Brooks noted that audiences can expect to be razzle dazzled once again.

“Everybody better get ready, because it is sexy and it is dark and it is fun and it does not let up one bit, it’s in your face, it tells a wonderful, wonderful, fun story and it does it in a way that you’re going to be on the edge of your seat the entire time,” Brooks said.

Tickets for the performance of Chicago can be purchased in person at the Stanley Theatre box office, over the phone by dialing 315-624-9444, or online at broadwayutica.org.