Woodland Farm Brewery at 6002 Trenton Road and at Hulbert House, Main Street, Boonville, is celebrating seven years in business as well as the opening of its Boonville taproom. 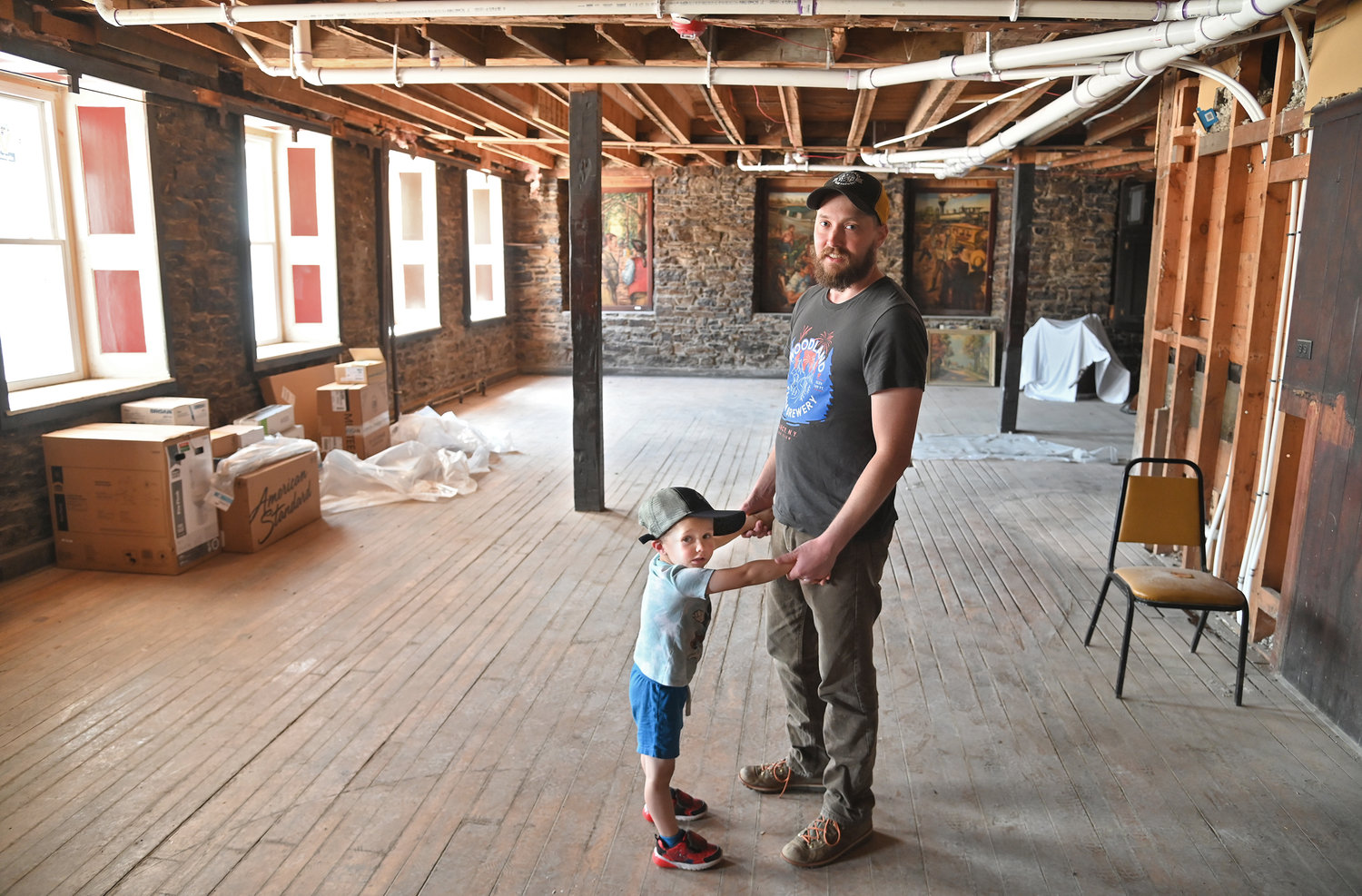 Keith Redhead with his son Carl at the new tap room space on the first floor of the Hulbert House during its construction in this file photo.
(Sentinel photo by John Clifford) 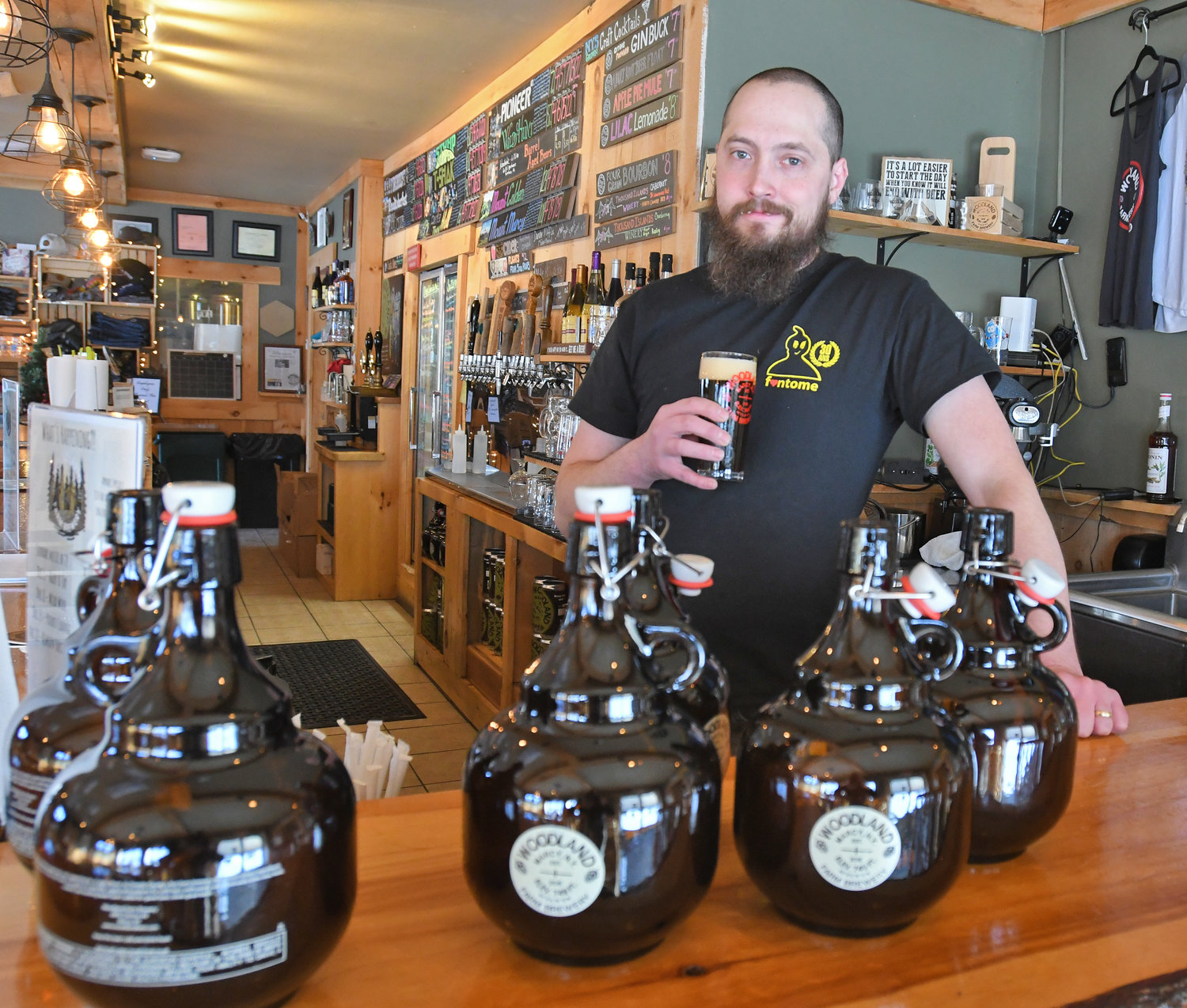 Keith Redhead in the tap room of Woodland Brewery with a glass of Remsen Social Club a dunkel lager.
(Sentinel photo by John Clifford) 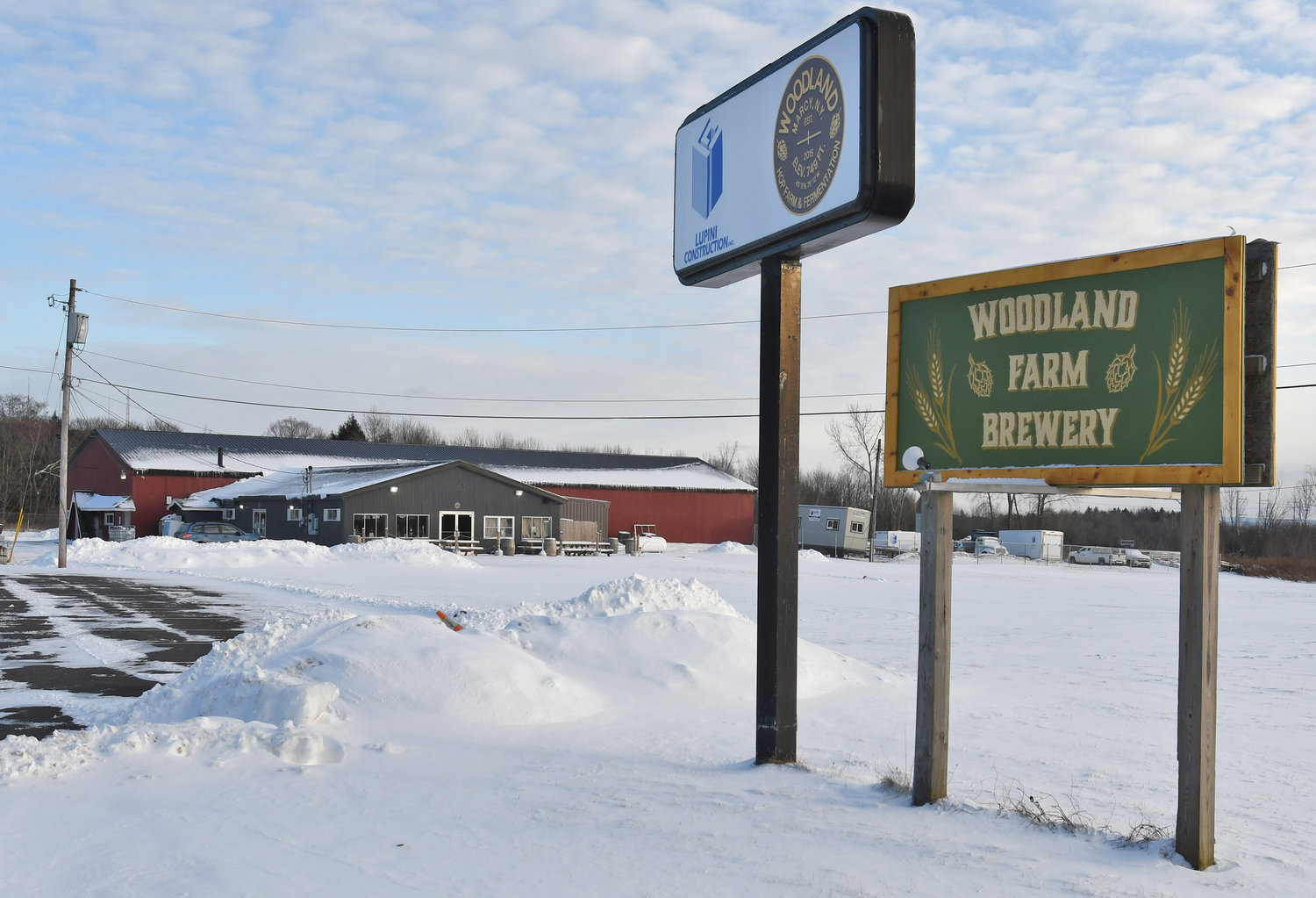 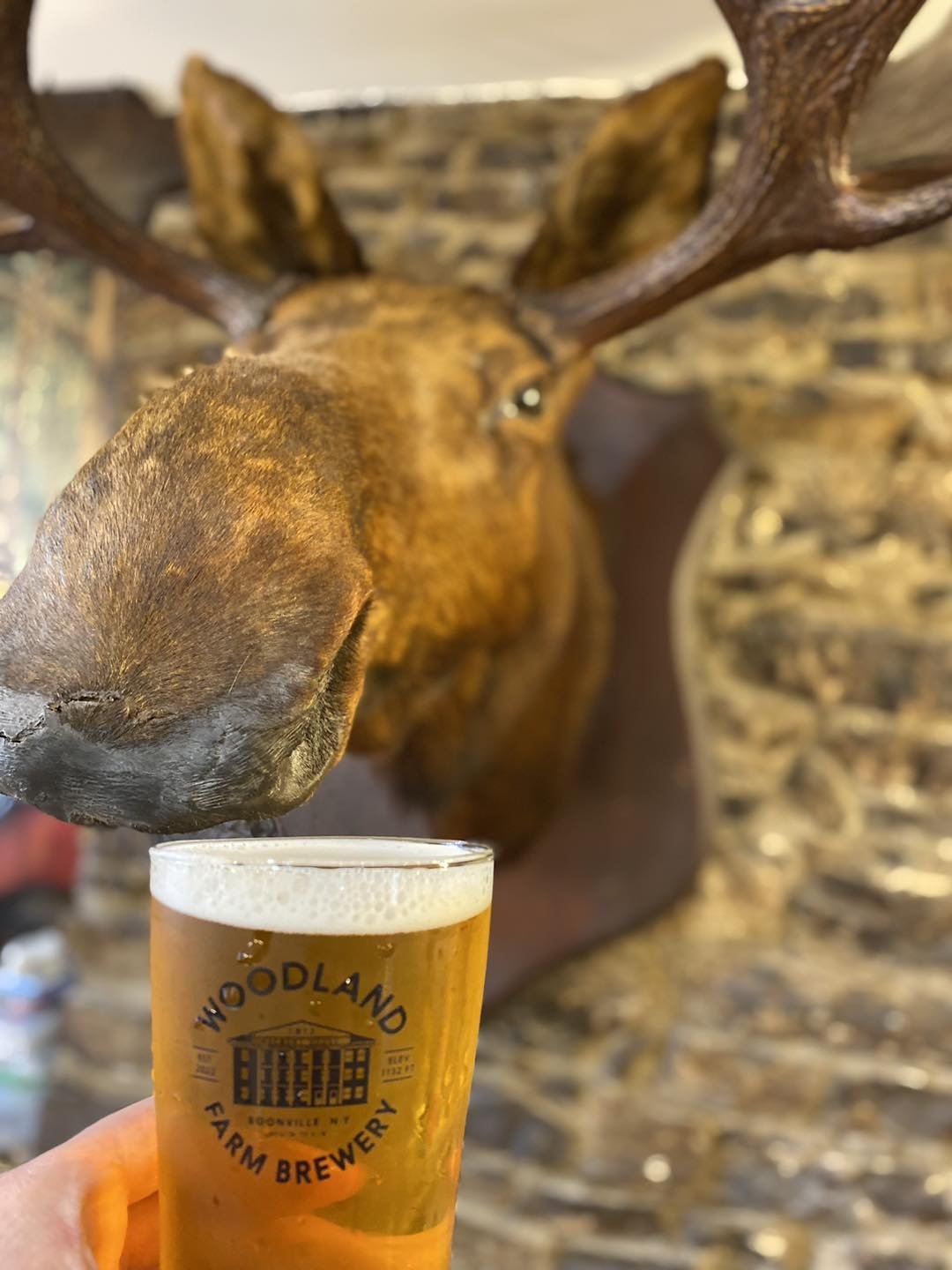 A moose seems to enjoy a cold one at the Woodland Brewery’s newest venue at the historic Hulbert House in Boonville.
(Photo submitted) 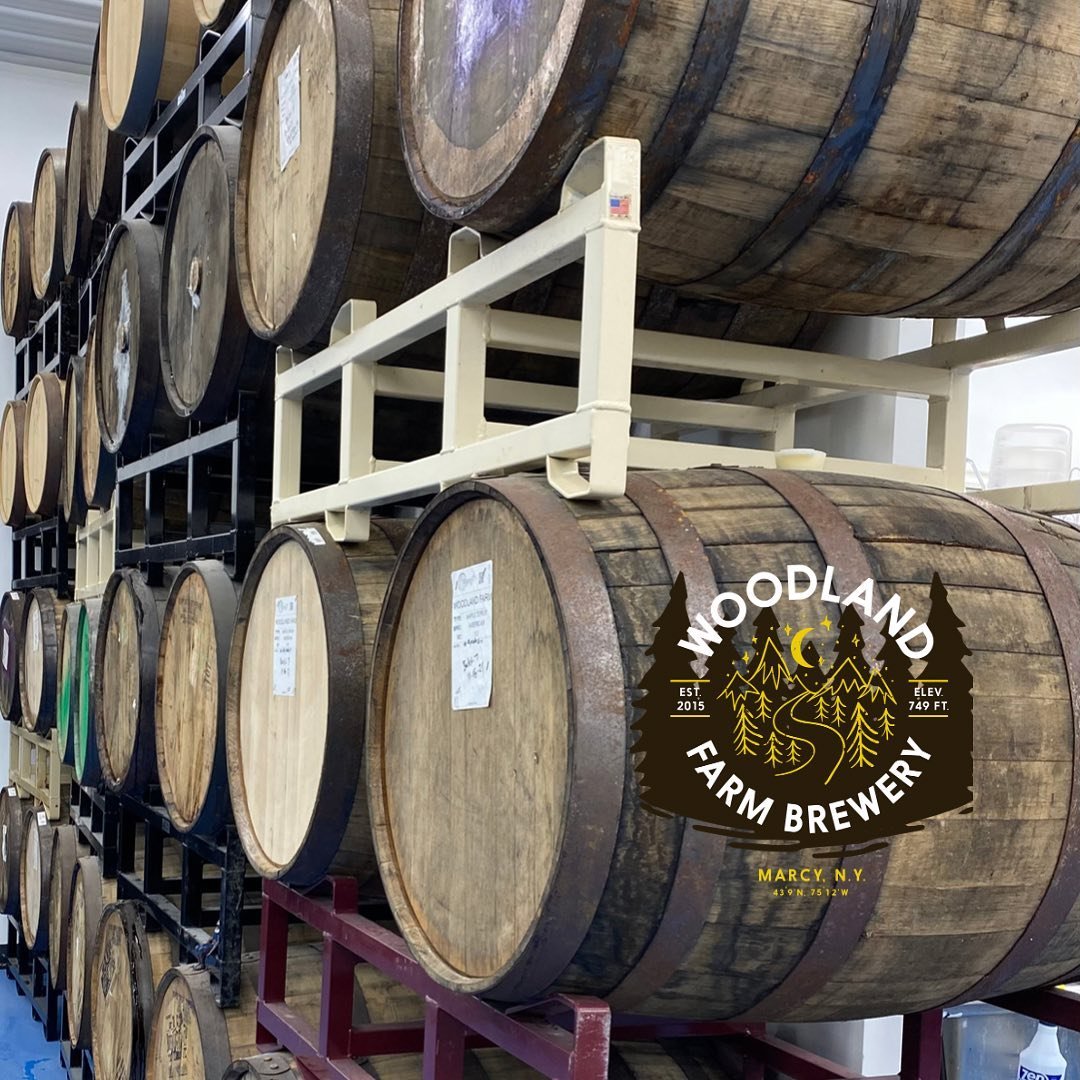 Barrels of fresh brew are shown at the Woodland Brewery in this company photo.
(Photo submitted)
Previous Next
Posted Wednesday, January 4, 2023 8:50 am

MARCY/BOONVILLE — Woodland Farm Brewery at 6002 Trenton Road and at Hulbert House, Main Street, Boonville, is celebrating seven years in business as well as the opening of its Boonville taproom.

Woodland Farm Brewery opened in January 2016 with the goal of brewing great beer, creating a space for community, and giving people a place to “escape the craziness of the world with good company and a pint,” said owner/brewer Keith Redhead.

Since opening, Woodland has added a kitchen, expanded the size of its taproom, and more than doubled their brewing capacity. Just days before Christmas, Woodland opened a new taproom in the historic Hulbert House in Boonville bringing back to life a taproom with 210 years of history.

“We’ve focused on easy drinking, and approachable beers that can be enjoyed by newcomers to craft beer and experienced drinkers with everything from crisp, clean, German inspired lagers, to barrel-aged beers and everything in between,” Redhead said.

This weekend Woodland celebrates seven years of brewing in Marcy with get-togethers, music, and new beer at the brewery. On Friday, Jan. 6, they’ve lined up some special-guest bartenders for a blast from Woodland’s past to get them back behind the bar slinging drinks once again.

Redhead said, “We’re looking forward to seeing some familiar faces on both sides of the bar with some of our Woodland’s OGs.”

Bartenders working Friday evening have chosen to donate their tips to Autism Speaks, whose mission is to advocate and promote solutions across the spectrum and throughout the life span, for the needs of individuals with autism and their families.

On Saturday, party band Handsome Bob will perform at 7 p.m. And on Sunday, Our Common Roots wraps up the weekend of festivities at 2 p.m. with a stripped down acoustic set for an afternoon of jams, beers and seven years.

For this year’s anniversary, Woodland is releasing two barrel-aged beers: Rum Batch 7 and Maple Rye Batch 7. Both beers have spent more than a year aging in barrels that gave the base beer, a Scottish Wee-Heavy, a “cozy home” to age and develop, said Redhead. The malty, chocolate, and caramel of Batch 7 has melded with these barrels. Bottles and draft will be available in the Marcy taproom and Boonville taproom at the Hulbert House on Jan. 6.

The goal of Woodland Farm Brewery is to provide an atmosphere for beer and outdoor enthusiast’s alike. The brewery provides locally handcrafted beer with ingredients grown in New York. More information is available at woodlandbeer.com.