Breast cancer took 3 women in Dawn Cooley’s family, what she did to stop herself from getting the disease

Aware of her own chances of developing the life-threatening disease at an early age, Dawn Cooley researched her options and considered bold measures to minimize her risk.

Breast cancer took 3 women in Dawn Cooley’s family, what she did to stop herself from getting the disease 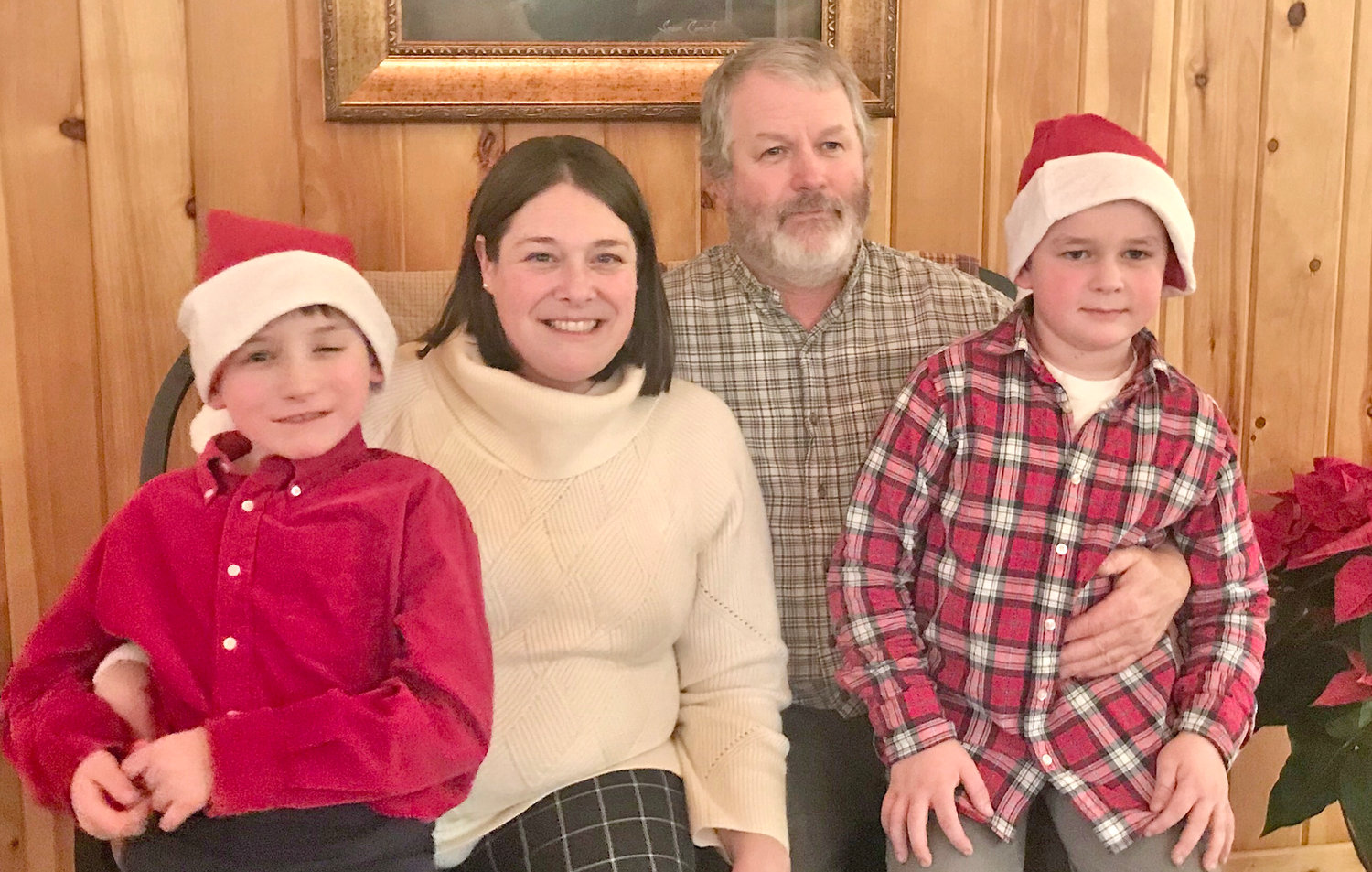 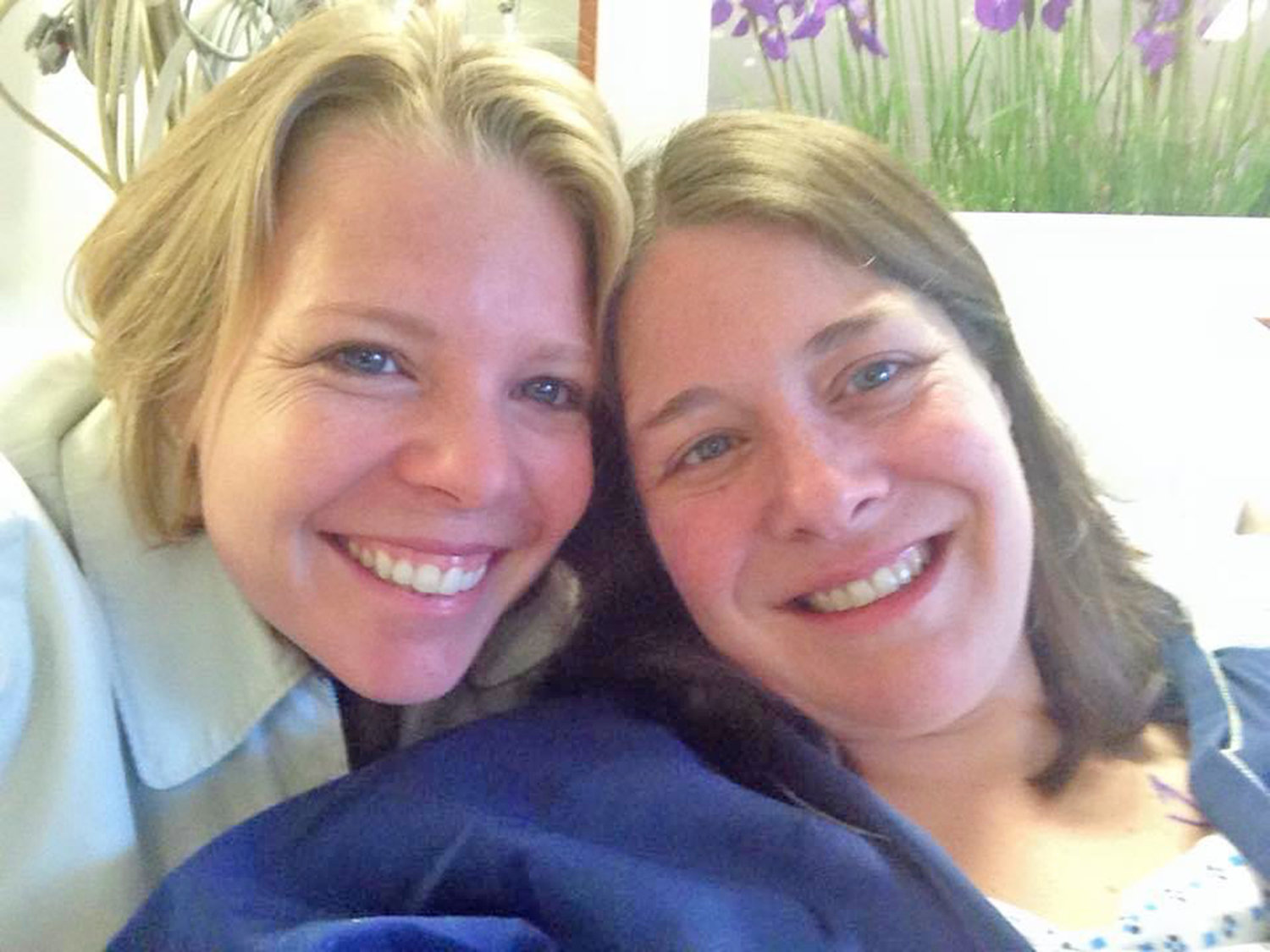 FRANKFORT — After losing her mother, grandmother and great-grandmother — three generations of women in her family — to breast cancer, and acutely aware of her own chances of developing the life-threatening disease at an early age, Dawn Cooley researched her options and considered bold measures to minimize her risk.

As she recalls, “My physician, Dr. Scott Beattie, didn’t let me rush into making the drastic choice of having a double mastectomy right away, even though I was leaning toward that procedure.” Instead, he advised her to go for genetic counseling as recommended for people in her risk group, after her sons, James and Thomas, born in 2012 and 2013, had been nursed through their infancy.

At the age of 36, Cooley took the BRCA gene test — a blood test that identifies harmful changes or mutations in either one of the two breast cancer tumor suppressor genes known as BRCA1 and BRCA2. It came back positive, predicting a greater than 90 percent probability of developing the disease. “I cried when I got the results,” she admits tearfully. “But I had cared for my dying mother and was prepared to do whatever it took to stop myself from getting the disease... to be here for my kids.” (Her mother, Marilyn Joslin, was first diagnosed at age 43; she passed away 10 years later, in 2008.) “My doctor supported my decision to have a double mastectomy followed by breast reconstruction, which would reduce my risk to 10 percent since I was having both procedures done before I turned 40.” Her surgeries were performed at Memorial Sloan Kettering Cancer Center in New York City in 2015, followed by close to four “challenging” months of healing and recovery.

The 45-year-old Frankfort resident and Central Valley school district teacher expresses her deep gratitude for the “incredible support” of her husband, Michael, and her extended family members, particularly her mother-in-law, Elizabeth Cooley. Dawn Cooley also appreciates the generous financial assistance provided by the Syracuse-based St. Agatha Foundation, which partners with hospitals and healthcare agencies in several Central New York counties, including Oneida County, to pay for breast cancer treatment and recovery-related expenses. “I am lucky, a medical miracle, not to have breast cancer,” Cooley states emphatically. “It is amazing how caring doctors and a strong network of people can ease the trauma involved with cancer and help in the recovery process.”

Dr. Atul Butala, a board-certified medical oncologist with offices in Utica and Rome, explains that Cooley received “the standard of care” recommended for such patients with a family history of breast cancer. He notes that in 1996, the California-based Myriad Genetics Company introduced the first genetic test used to assess hereditary breast and ovarian cancer risks. Several companies produce the kits, which collect the blood samples that are sent to laboratories nationwide for testing. Most oncologists’ offices provide these kits; insurance companies usually cover their cost for patients who meet their criteria.

Currently, some of the candidates for genetic testing, as recommended by the National Comprehensive Cancer Network (NCCN), include female breast cancer patients under the age of 50; all male breast cancer patients; those in a high-risk category who have a first-degree relative with the disease; and those testing negative for estrogen, progesterone, and HER2 markers. In addition, people of Ashkenazi Jewish ancestry should be tested to determine any genetic mutation.

Dr. Butala suggests that individuals concerned about their risks should consult with their physician regarding undergoing genetic testing after the screening mammogram. If the test results are positive, the physician will advise genetic counseling to help patients understand how the results could impact their health and offer recommendations for a more specific set of genetic testing based on their family history.

Cooley respectfully acknowledges her numerous family members who have valiantly dealt with various types of cancer, and those who continue to do so. “My many aunts, uncles and cousins in my mother’s family have bravely undergone or are undergoing treatment for cancer. My story is just one of many in a family with a genetic predisposition for cancer,” she notes, adding, “They are brave people who face cancer with quiet dignity.”