The playoff run by 17-seed Utica-Notre Dame ended at the hands of Sandy Creek, in a 7-3 loss in the Section III Class C softball championship game Thursday at Onondaga Community College. … 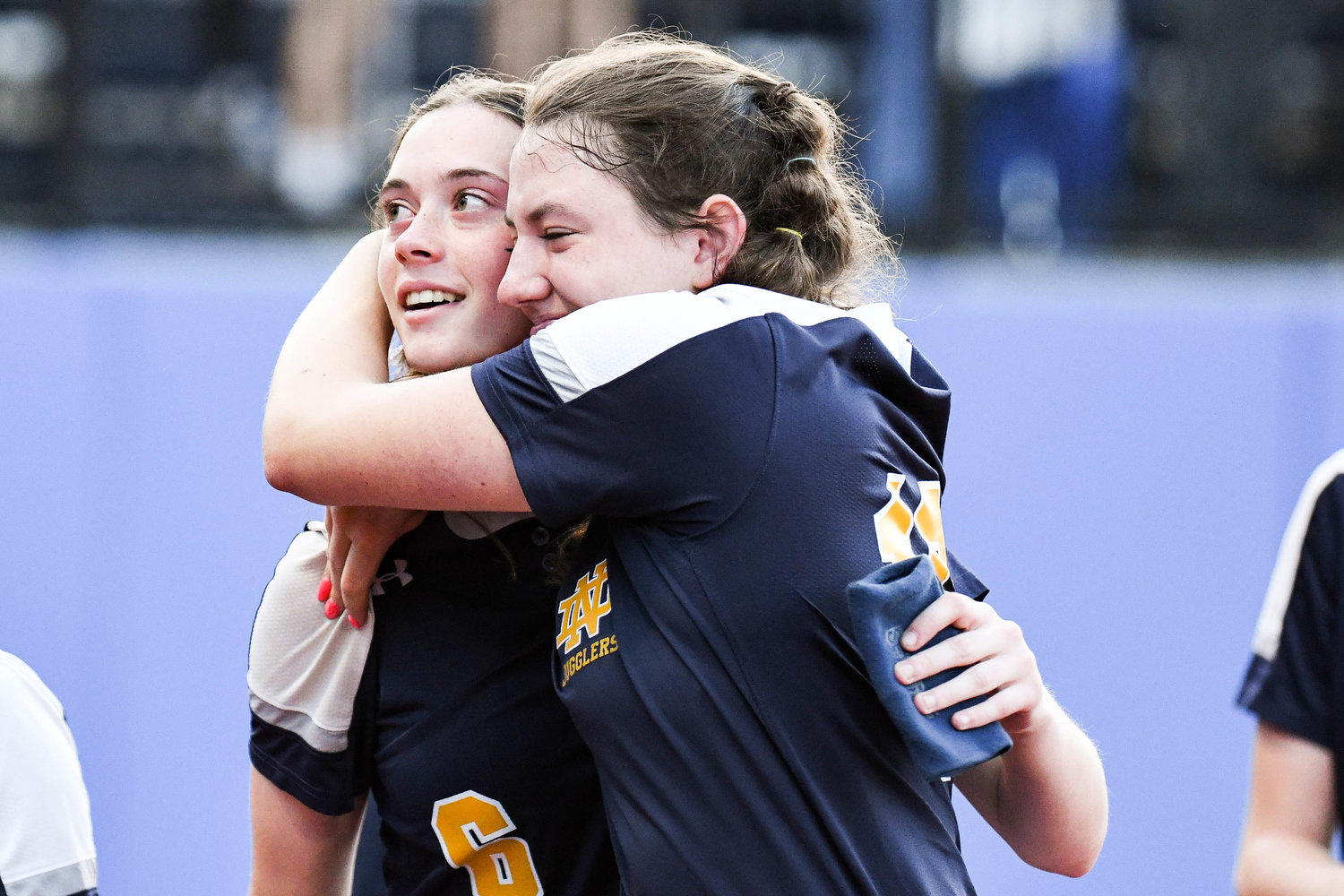 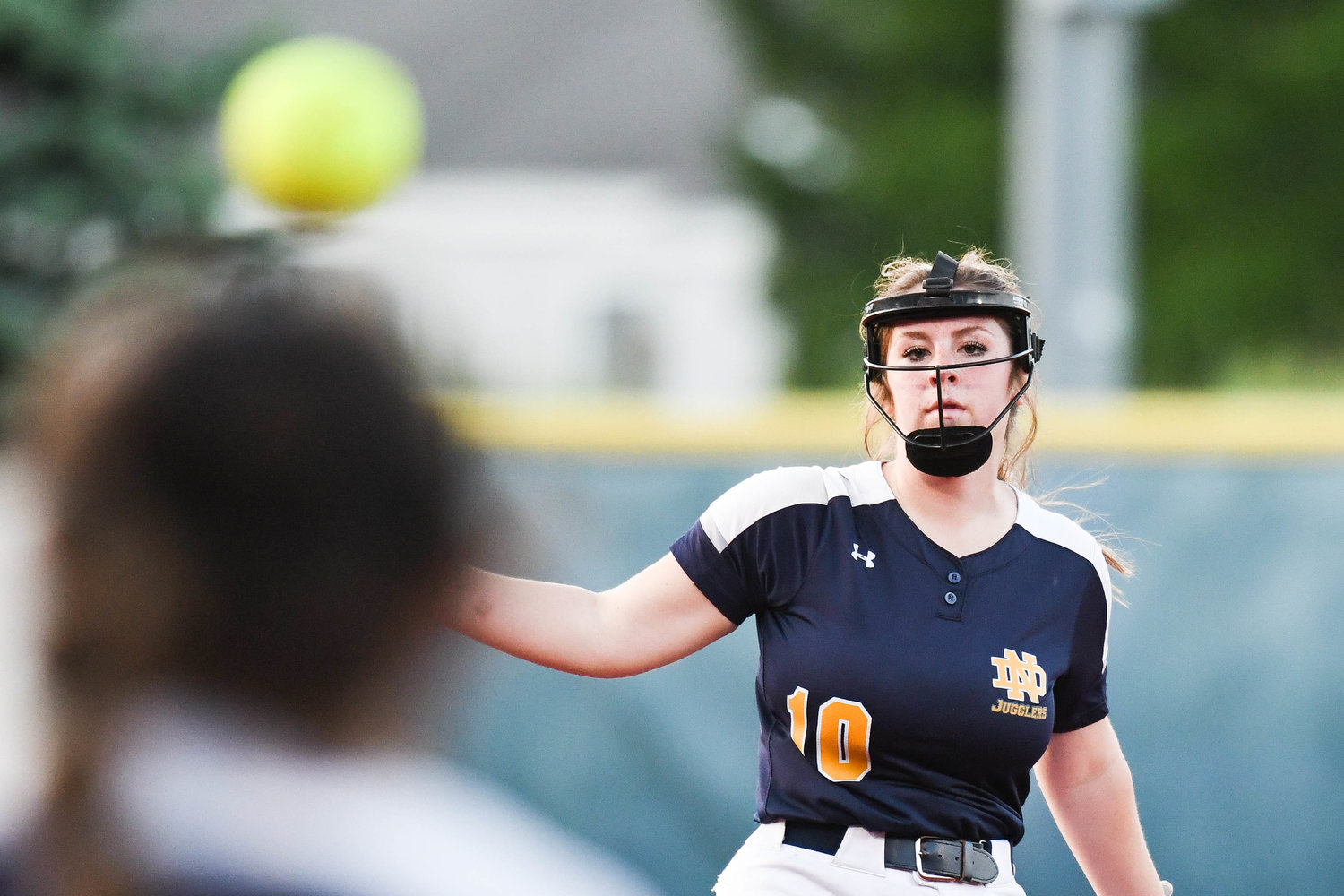 Utica-Notre Dame shortstop Sam Paparella throws to first base during the Section III Class C final against Sandy Creek on Thursday at Onondaga Community College. The senior had an RBI single but the Jugglers lost 7-3.
(Sentinel photo by Alex Cooper) 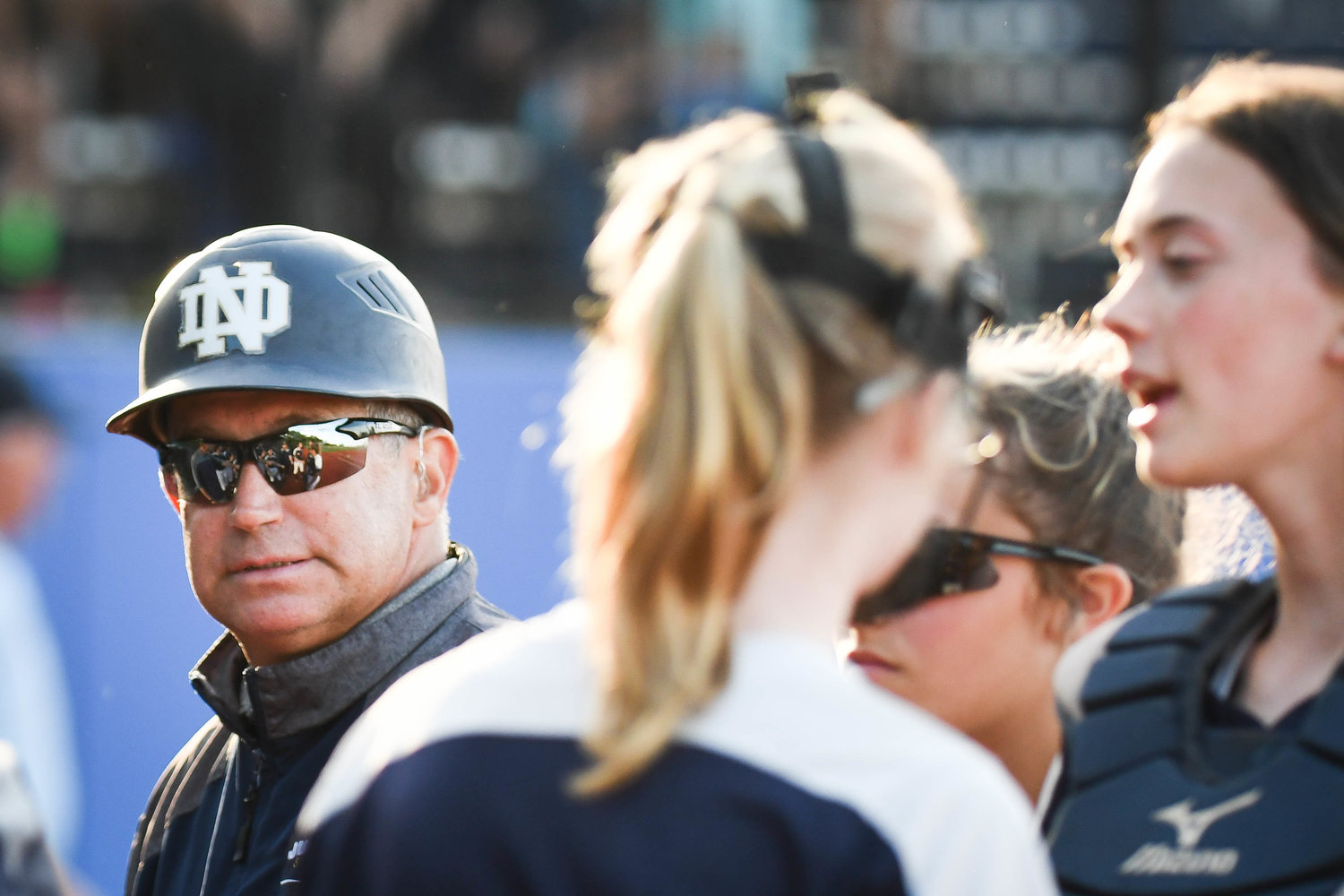 Utica-Notre Dame head softball coach Jerry Albanese talks with players after a half inning during the Section III Class C final against Sandy Creek on Thursday at Onondaga Community College. Albanese's young team stormed through the bracket as the 17 seed in a 17-team tournament but lost 7-3 in the title game.
(Sentinel photo by Alex Cooper) 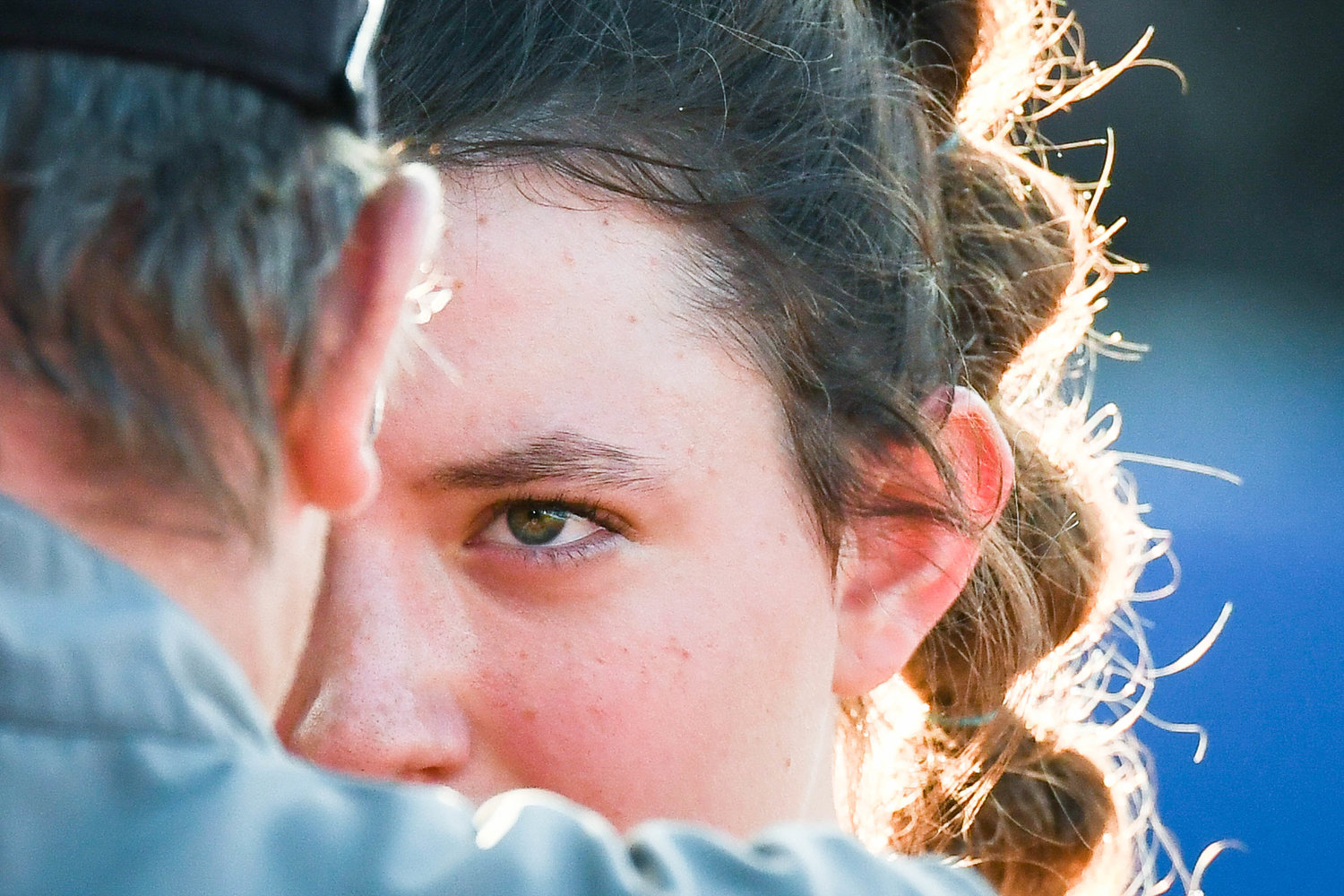 Utica-Notre Dame player Ava Hayes talks with a coach near the dugout during the Section III Class C final against Sandy Creek on Thursday at Onondaga Community College. Hayes had a single and an RBI in the Jugglers' 7-3 loss.
(Sentinel photo by Alex Cooper)
Previous Next
Posted Thursday, June 2, 2022 10:39 pm
Steve Jones
Sports writer
email / twitter

SYRACUSE — The playoff run by 17-seed Utica-Notre Dame ended at the hands of Sandy Creek, in a 7-3 loss in the Section III Class C softball championship game Thursday at Onondaga Community College.

Sandy Creek, the three seed, extended its win streak to 13 games with the title game win.

"It was unreal to be a bracket buster," said Notre Dame head coach Jerry Albanese after the game. The Jugglers were the lowest seed in the tournament, coming in with a record of 10-9. "I told my team there's nothing to be ashamed of."

Albanese gave credit to Sandy Creek for the effort on offense and defense. "Kudos to the other team making plays." But he also noted that his "star pitcher," Ella Trinkaus "was not hitting her spots." Trinkaus, who threw a no-hitter in the semifinals, took the loss Thursday. She allowed seven runs on nine hits and two walks. She struck out two batters.

Sandy Creek wasted no time in jumping out to a 2-0 lead. Julia Hollister lifted a one-out triple to right centerfield and came in when Madison Darling followed her with a single. She scored later in the inning on a sacrifice fly by Hailey McGrew.

The Jugglers got on the scoreboard with a run in the third. Lily Comenale led off with a single and scored on a sacrifice fly by Maggie Trinkaus.

Hollister smashed her second triple of the game in the third to score Baylee Williams and put Sandy Creek back up by two runs. Scout Preston drove in Hollister on a ground out. That made it 4-1.

Bella Roberts led off the fourth for Notre Dame with a walk and scored on a fielder's choice off the bat of Ava Hayes to make it 4-2. The Jugglers crept back to within a run in the fifth. Lily Comenale singled with one out then Maggie Trinkaus and Sam Paparella had back-to-back two-out singles, with Paparella driving in Comenale.

But again Sandy Creek extended its lead immediately. Three hits, all with two outs, culminated in two runs. Madison Darling and Preston both singled, then McGrew sent a pitch into left centerfield for two RBIs. They added another in the sixth on an RBI single by Williams to make it 7-3.

Sandy Creek's Kendall Darling got the win in a complete game effort. She allowed three earned runs on seven hits and a walk. She struck out two.

"We're going to be back for the next four years," Albanese said. Notre Dame has a number of underclassmen in the starting lineup, including the Trinkaus sisters. Maggie is a sophomore and Ella and Erin are in eighth grade.

Sandy Creek will play Section IV's Greene Saturday at Carrier Park in DeWitt at a time to be announced.