Bourbon Express and driver Howard Okusko Jr. made a late charge to capture the $8,800 Open Trot at Vernon Downs on Saturday. 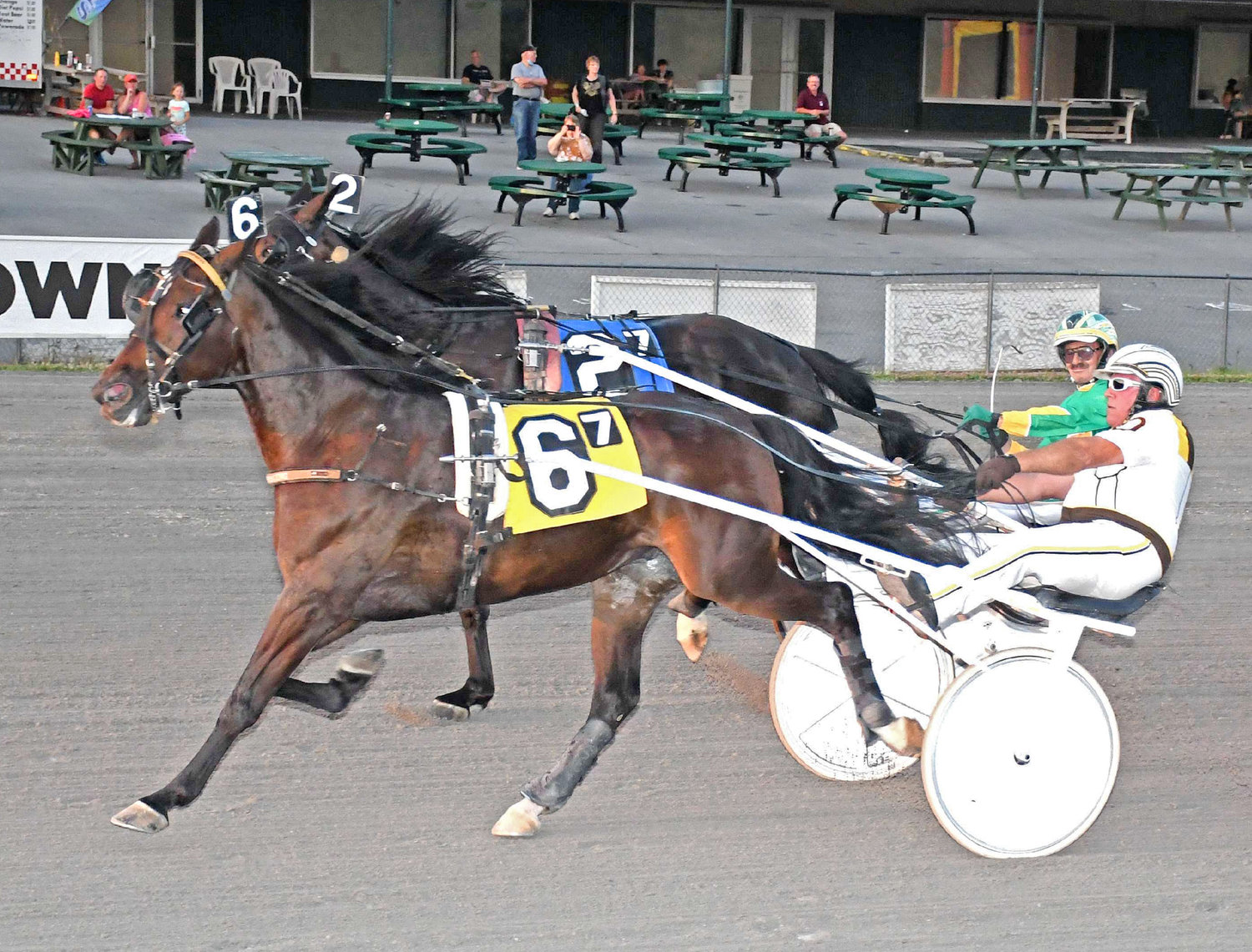 VERNON — Bourbon Express and driver Howard Okusko Jr. made a late charge to capture the $8,800 Open Trot at Vernon Downs on Saturday.

As they made the turn for home Da Boogie Man took over the lead. Cash N Chrome (Truman Gale) slipped through on the inside as Lepanto (Baton Dalious) went in between horses while Bourbon Express ($6.00), and Poker Play (Dan Daley) came flying on the outside. Then it was down to two as Bourbon Express beat out the second-place finisher, Poker Play to win in a seasonal best 1:54. Da Boogie Man finished third.

Bourbon Express is a 5-year-old gelding by RC Royalty. He is owned by Sal Vullo, James De Armond, and trainer Jessica Okusko. It was his second win this season. He now has 16 career victories.

Justin Huckabone had three wins on the card and leads all drivers with 60 wins. Barton Dalious is second best with 26 tallies. Frank Affrunti is in third with 18 victories. Steeven Genois (15) and Truman Gale (11) round out the top five.

Jeff Sorenson leads all trainers with 20 trips to the winner’s circle this season. Justin Huckabone and Kerin Warner are tied for second with 18 wins each. Misty Carey is fourth on the list with 13 victories. Jessica Okusko and Fannie Saul-Beaulieu are tied for fifth with nine wins each.