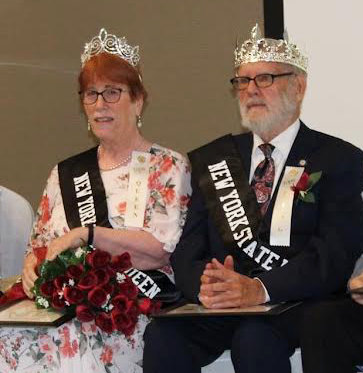 BOONVILLE - Members of Boonville TOPS Chapter 1106 attended the annual State Recognition Days (SRD) in Auburn on Friday and Saturday, June 3 and 4, and witnessed one of their own being crowned as New York State King of the organization.

TOPS is an acronym for Take Off Pounds Sensibly. This is a support club for those wishing to shed a few pounds. This past year, a total of 9,629 pounds was lost by TOPS members throughout the state. Each member sets a weight goal for him or herself under the recommendation of a physician, and when that goal is met, they become a KOPS member of the club. KOPS is an acronym for Keep Off Pounds Sensibly.

The organization has several events every year, but the major event is the SRD. TOPS presents awards to people having attained certain statuses and appropriate ceremonies are held at this event. For instance, if a person meets their weight goal, they are immediately promoted to KOPS status. Then, when the annual SRD event takes place, there is a formal graduation ceremony. Graduates wear caps and gowns, and there is a graduation address, similar to an academic graduation. This year, there were 12 KOPS graduates participated in the ceremony.

There are many other awards, such as the “Best Loser Awards” given to those members who lost the most weight in the state, in their weight category. Awards are given for the anniversaries of KOPS members having maintained their status. The Century Club award is presented to those having lost 100 or more pounds, in addition to many other awards and recognitions.

This year, Paul Wilson of Port Leyden, a member of the Boonville chapter, had reached KOPS status and took part in the graduation ceremony. This can only happen once. If a KOPS member regains more than 3 pounds of their goal weight or goes less than 7 pounds below, and doesn’t get back to goal within two weeks, he or she loses KOPS status and reverts to TOPS. However, if he or she again reaches goal, the member may be reinstated as a KOPS member. Jean Mierek, also a member of the Boonville chapter, received an award at the SRD for having done this. A member’s goal weights may also be changed with a physician’s approval.

On Saturday, the last day of SRD, Wilson received more awards, including the coveted honor of being crowned TOPS New York State King. Wilson is the second member from the Boonville chapter to be crowned state king. Member Bob Pierce was 2009 king. To date, Booonville is the only chapter to have two state kings.

Although the person selected as king of queen are kept secret from other members until crowning, those receiving the honor are informed, and Paul’s wife, Louise, was invited as a special guest to witness the ceremony. Paul also participated as a member of the color guard, along with other military veterans, for the ‘Presentation of the Colors’ in the opening ceremony.

This year’s SRD, held after a two-year hiatus due to COVID-19, had 321 attendees representing 69 chapters from around New York State. This attendance is considerably lower than prior years due to the ongoing pandemic. Among those in attendance were 13 past chapter royalties. Wilson will reign as royalty until next year’s SRD, which is scheduled June 2 and 3, 2023 in Niagara Falls, New York, where a new king and queen will be crowned.

For more information about TOPS, the Boonville chapter welcomes you to stop in between 5:30 and 6 p.m. any Tuesday night at the First Presbyterian Church, corner of James and Church street. Come and meet the chapter’s members and see what this weight loss support group is all about. 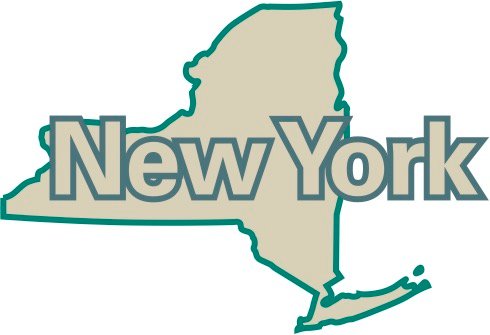