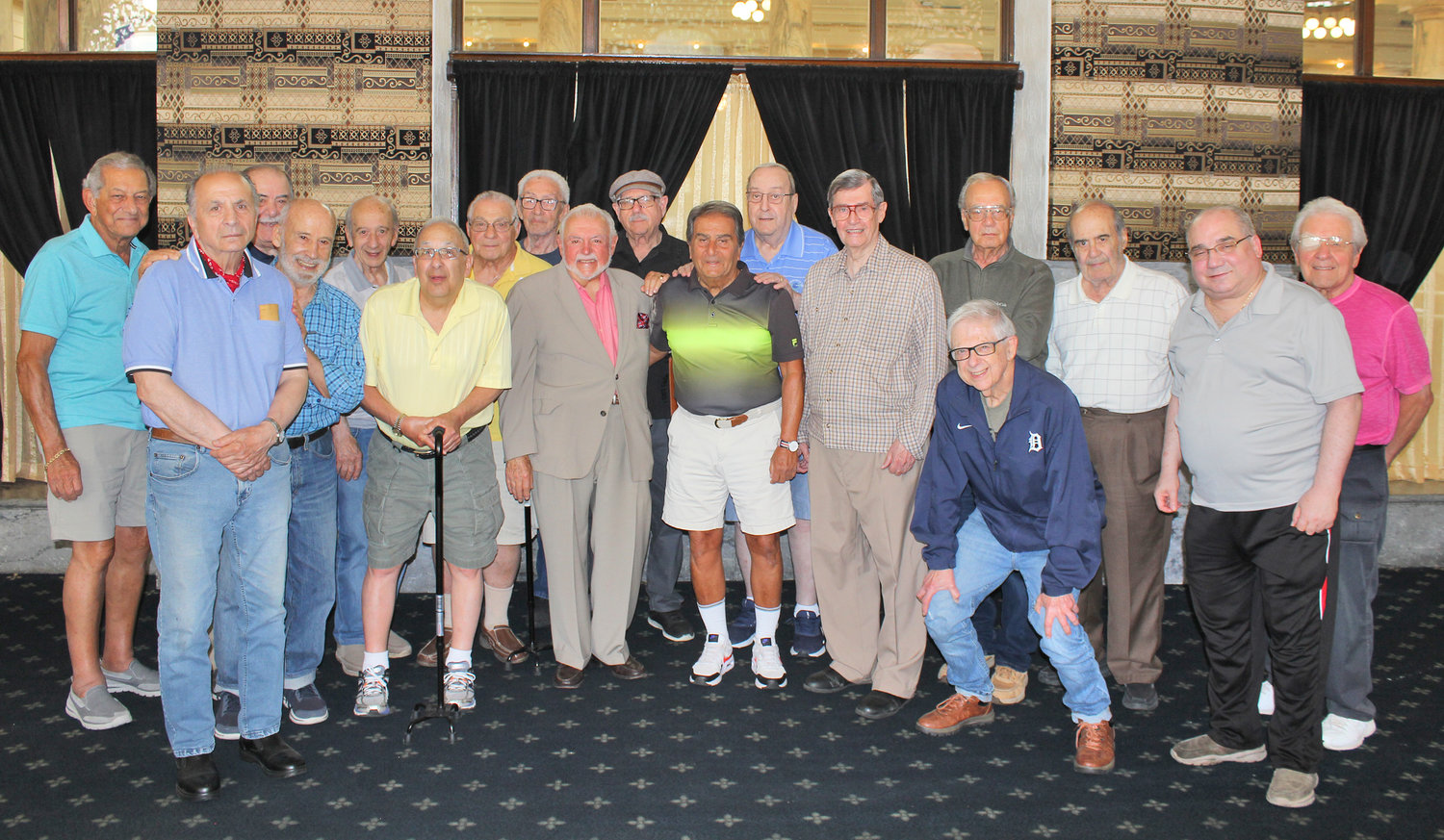 UTICA — Boys to men, and then back to boys again.

That’s the story of the Proctor Boys, a tight-knit group of mature-aged men, 99.9% of them Italians who grew up within a few blocks of each other in East Utica and remained the best of friends since they were figli. They graduated from Proctor High School, served in the military, worked for companies like GE and Chicago Pneumatic, or started their own businesses. Many married their high school sweethearts and raised their families here.

In what amounts to mini-class reunions, they’ve been arranging monthly get-togethers for decades. The group is comprised mostly of graduates from the 1950s, however, there’s one from the class of ‘49 – Frank Tomaino – who regularly attends and still writes a weekly newspaper column at age 91.

Times were much different then and they gather regularly to celebrate that and to continually remind themselves of their good fortunes – growing up and attending school when and where they did, and experiencing those cherished years together.

The Proctor Boys formed as a small group, but as word spread of their meetings, the numbers grew quickly. They met for lunch or dinner at local establishments like Joey’s, Pepe’s, Sons of Italy, Valley View, and Buffalo Head. They’d meet for summer clam bakes at class of ‘54 Gene Falvo’s camp. Lately, they fill the back dining room at Trackside Restaurant in Utica’s Union Station.

The group’s numbers fluctuate these days as most of them are now in their 70s and 80s. Despite an enjoyable meal and the pleasant conversation that keeps them coming back, they acknowledge the grim reality that someone who attended a previous get-together unfortunately may not be present at the next one due to an injury, illness or death. They go to see their old friends, but also to see who is missing. That’s the prime attraction.

“One day, it may be the last time you or your friend see each other,” remarked Mike Calenzo, 86.

The Proctor Boys take pride in the way they’ve hung together all these years, and still are always there for one another. Besides monthly gatherings, there’s an annual picnic, to which the Proctor Girls – wives and widows – are invited. They also hold a 50-50 raffle every meeting that is funding a first-time $500 annual college scholarship for a Proctor graduate. This year it was awarded to senior Meaghan Williams.

As they dine on chicken cutlets, hats, pasta fagioli, and tiramisu, they proudly reminisce about packing more than a hundred into the Sons of Italy for an event featuring Proctor grad and guest speaker Al “Bobey” Salerno, a major league baseball umpire. Or the time they got kicked out of Joey’s for taking up too many tables and ruining his lunch business. The best one came from meeting organizer Dick Trinco, when talking about growing up Italian and living the Proctor High School experience.

“You could walk down the hallway at school and smell all the different lunches coming out of the lockers,” he laughed. “You couldn’t use the same lunch bag two days in a row with all the oil dripping out the bottom.”

The Proctor Boys have no officers and aren’t officially a club. They’re a bunch of old school guys. They still use the telephone to contact attendees for the next meet up. They’re together simply to enjoy a nice meal, tell some jokes, share old stories, and sing “Happy Birthday” to those who celebrated another one.

Words like “fraternal,” “fellowship,” and “camaraderie” are used to explain why the Proctor Boys carry on. Falvo jokingly relayed his son’s assessment of the Proctor Boys.

“He says we’re a Romeo club. Retired old men eating out. But it’s really about the Italian culture. You pick up a friend and you stay a friend.”