Between the 15K and 5K events Sunday, there were 8,361 finishers. Across the Boilermaker’s events during the weekend, more than 12,000 people participated ... 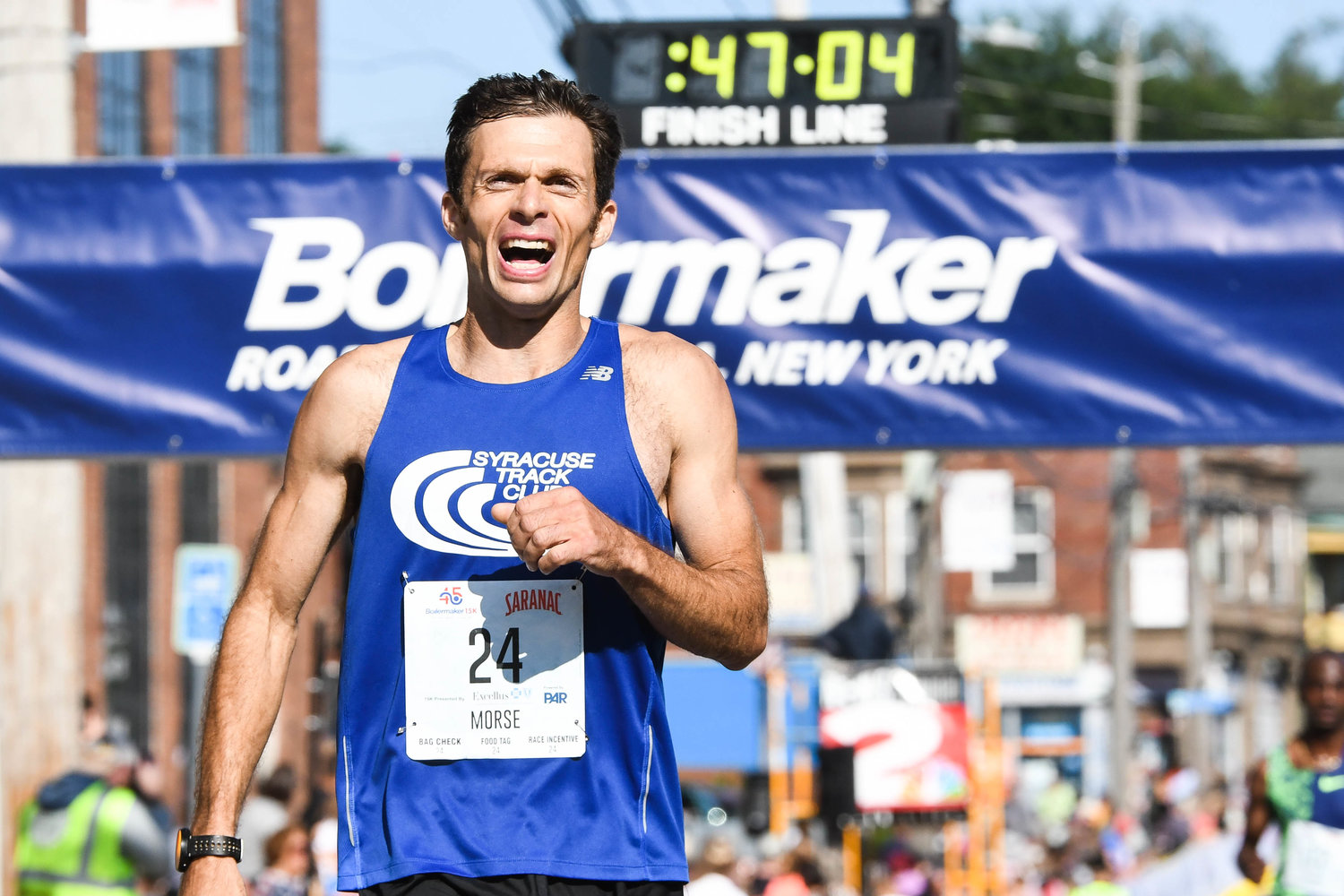 Sam Morse of Camden crosses the finish line during the 45th Boilermaker Road Race on Sunday in Utica. Morse finished in 46:58.78, good for 21st place overall, and the best time among local runners. He finished second in 2021 in the race that was pushed back to October and was held without the invited elite runners.
(Sentinel photo by Alex Cooper) 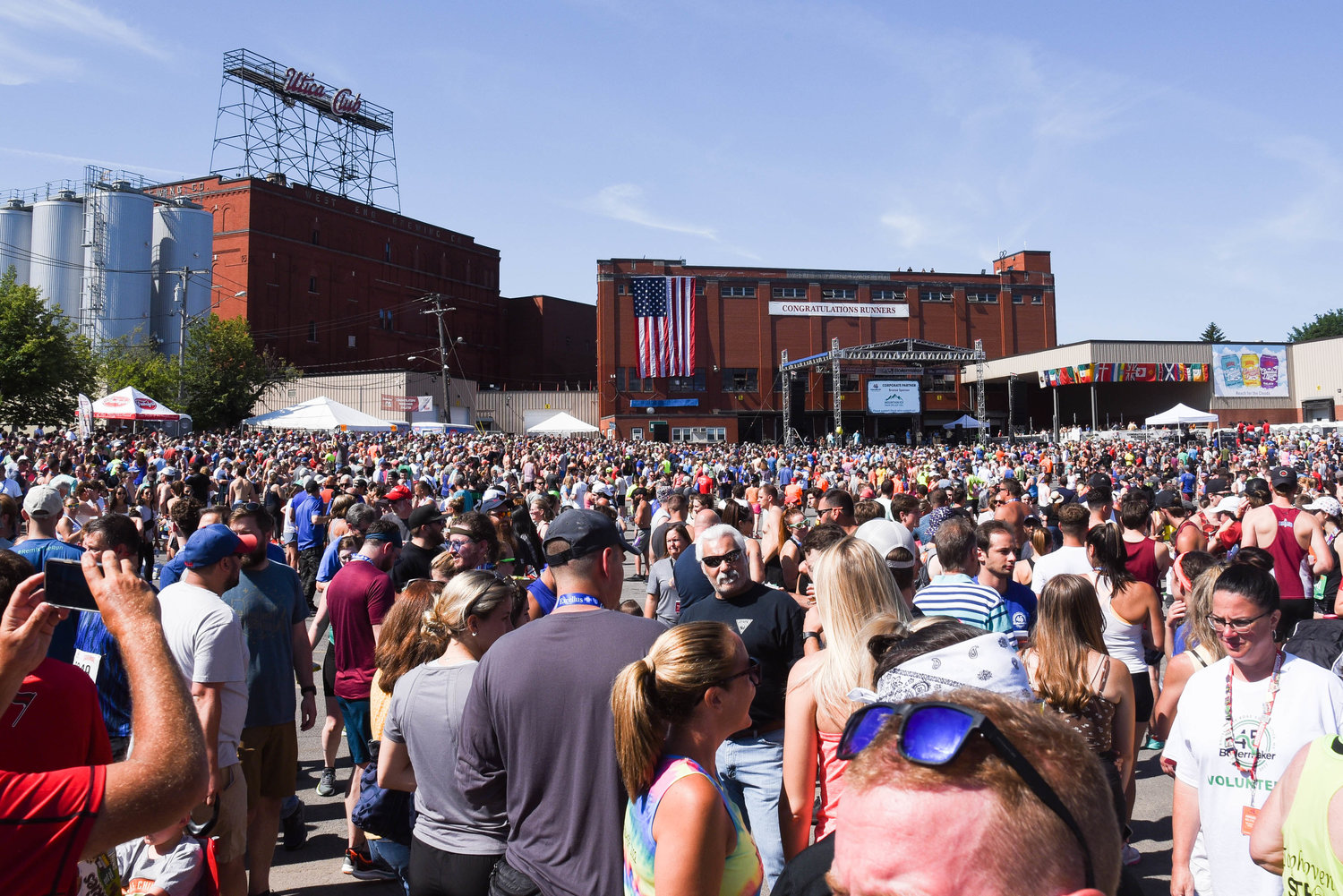 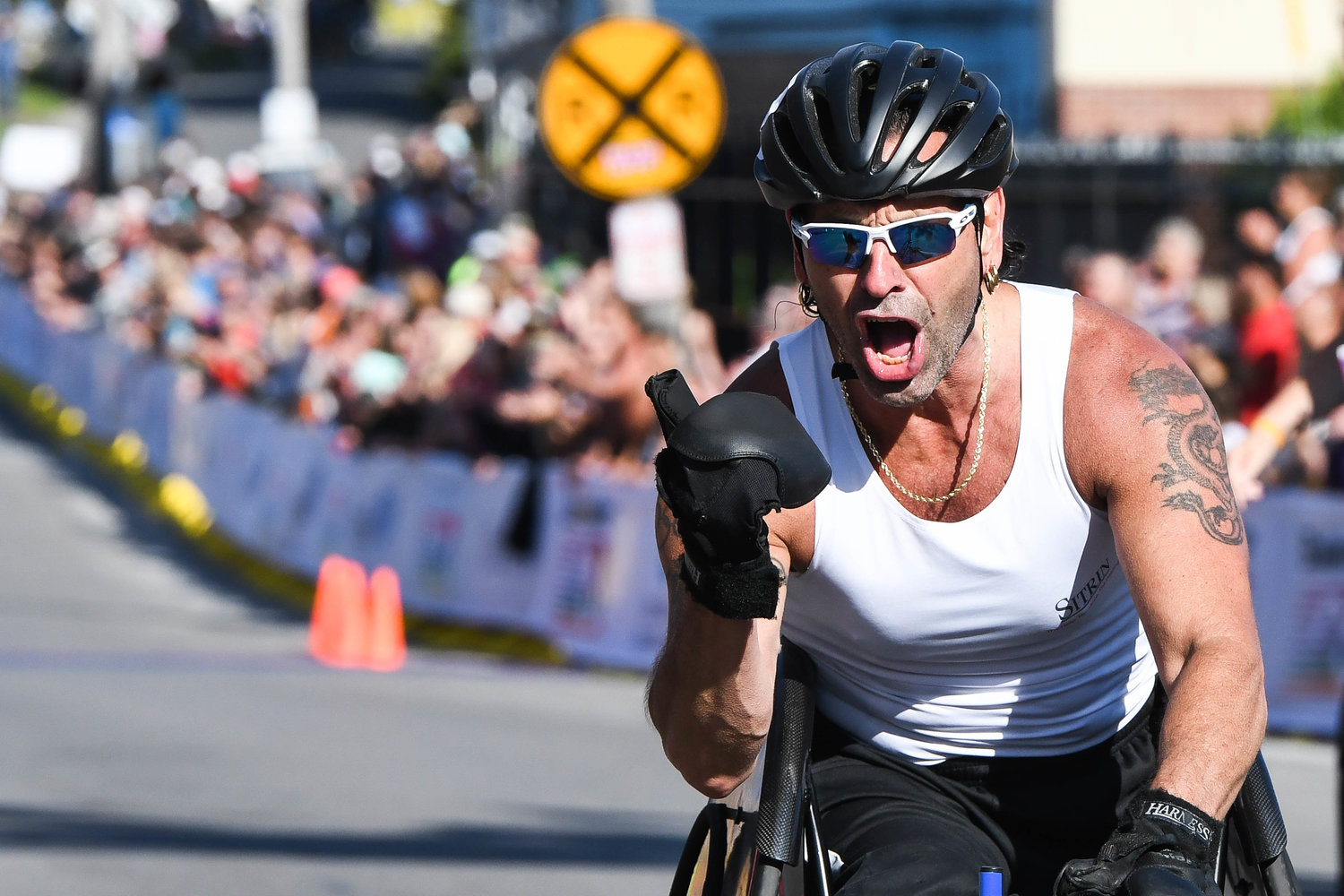 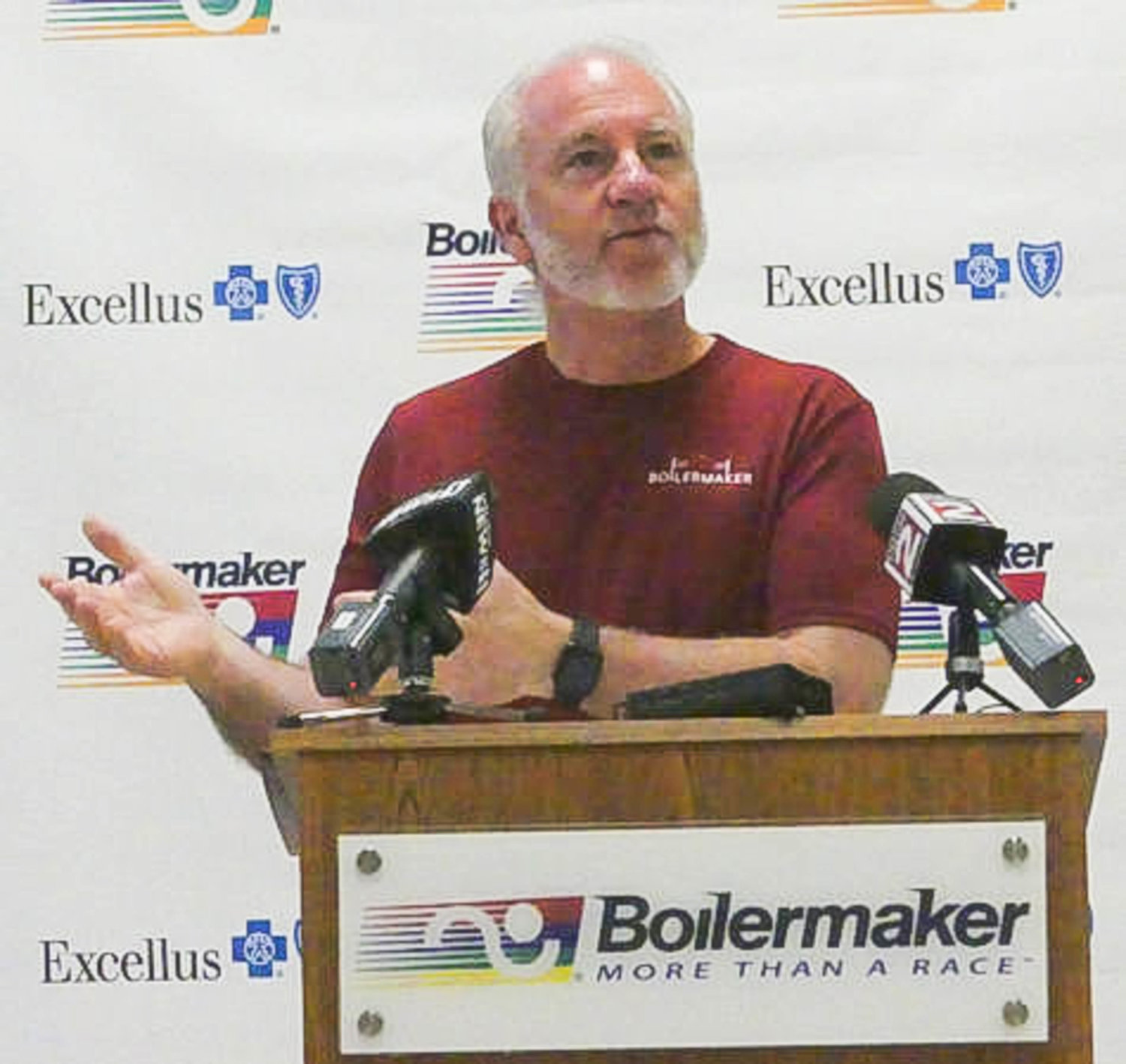 UTICA — The Boilermaker Road Race’s return to its traditional second Sunday in July had the ingredients to help make a successful 45th edition of the event.

Good weather with a race time temperature in the 50s and little humidity: Check.

Thousands of participants and spectators for the 9.3-mile race through Utica’s streets: Check.

Those were all welcome elements associated with Utica’s premier summer sporting event following two years of uncertainty due to concerns with the COVID-19 pandemic. Sunday’s race happened about eight months after 2021’s race was staged in October for the first time. There wasn’t a standard 2020 race.

“It was a picture perfect day,” Boilermaker Race Director Jim Stasaitis said Monday during a post-race news conference at Boilermaker headquarters on Court Street near the finish line. “Everybody was happy. Everybody at the post-race party was smiling and having a great time. Everything went picture perfect. We’re extrememly happy about that.”

Between the 15K and 5K events Sunday, there were 8,361 finishers. Across the Boilermaker’s events during the weekend, more than 12,000 people participated, according to Boilermaker President Mark Donovan.

Stasaitis noted that the Boilermaker is “rebuilding” its participant numbers following pandemic-related alterations the last two years. That’s similar to other races of the same size, officials noted.

Given a shorter preparation time as well as adding some new staff members combined with a solid race day, does it check all the needed boxes for Donovan despite a smaller field of participants?

“Oh, absolutely. … It didn’t take long to figure out we were not getting to (19,000). You have to pivot and adjust and change your expectations,” said Donovan, who took over as the Boilermaker’s president in 2018. “When you get to the point where it is just all about the weather, that’s a good spot. There’s nothing you can do about it. … If the sun shines, we’re going to have a great day and that’s the way it played out.”

Last fall, Donovan pointed out that the pandemic-related changes since 2020 took a financial toll on the Boilermaker. Are things looking better for the organization?

“Time will tell. From a financial management perspective, this is an interesting organization where 97% to 99% of your income to put everything on is a one event revenue stream. … We have great relationships with all the vendors. They don’t worry. What that does to us financially is they get the invoices to us whenever they get to it. So there’s a longer tail,” Donovan said. “It is due to the generosity of our sponsors – which is a reason why we’re still standing here – and we had some government help. Much like the attendance, this was a great step on the way back to a stronger footing. It won’t put us back right where we were, but it will put us a good way towards that.”

Donovan said a “fun part” of the day was walking around the post-race party and hearing good feedback from participants and spectators.

He said Monday was too early to say if there will be changes. He noted Boilermaker officials will follow the industry as well as what happens with the pandemic as they make decisions – including on possible registration caps – regarding next year’s race. That race is scheduled for Sunday, July 9.

“We’ll go through each piece of the event. … 'What went well? What didn’t go well? What might be a better way to do that?’” Donovan said. “It depends on what we can pull off as we go forward.”

Here are a few other notable items:

Forty-four participants were treated at the medical tent, mostly for heat-related issues or minor injuries.Stasaitis said two people were transported to the hospital for non-life-threatening issues. Stasaitis said one was for a “laceration” and other was for “pre-existing condition.” "It was an uneventful event,” he said, noting it is a normal amount of people who needed medical attention.

Participants hailed from 42 states as well as Washington, D.C. and Puerto Rico. Forty-seven states have been represented in the past, Donovan said.

There were participants from 11 countries. One year had representatives from 18 countries.

First-time participants on Sunday made up 25% of the field.