At their regular meeting on Thursday night, the Rome City School District’s Board of Education unanimously approved a new sales contract for the Fort Stanwix Elementary School site, located at …

At their regular meeting on Thursday night, the Rome City School District’s Board of Education unanimously approved a new sales contract for the Fort Stanwix Elementary School site, located at 110-111 Linden St., with developer, Bowers Development, LLC, for a price of $525,000.

The parcel is just over three acres, and features the school building, offering a 568,732 square-foot interior.

The board has continued to extend a sales contract with CDS Life Transitions of Webster, NY, since March of 2020, where that buyer planned to develop the property into affordable housing for seniors. The intended use raised concerns among many Romans, particularly those who share a neighborhood with the old Fort Stanwix elementary school. The sales contract with both Pyramid brokerage and that potential buyer both expired in November of 2021, with no further request for extension. The sales contract approved on Thursday night is for the same purchase price but with the new buyer.

“They presented us with several examples where they have rehabilitated old historic buildings,” said Rome Board of Education President, John Nash of the new buyer, who Nash believes hope to renovate the former school building into market-rate apartment homes.

“The major difference is that the former proposed buyer was going to convert the property to subsidized housing,” said Nash. “This is  not the case with this proposal.”

Rome Superintendent of Schools Peter Blake, assured that the district will schedule a meeting with members of that community, as they have previously regarding the property, to provide any information and answer any questions they may have.

Romans have been waiting for over two years since agreeing to part with the historic schoolhouse to add its proceeds to the district’s coffers. On Nov. 14, 2019, the district entered into an agreement with Pyramid Brokerage Company, Inc. to represent their interests in the sale of the property. In March of 2020, the Rome Board of Education approved a sales contract with CDS Life Transitions of Webster, NY, a company that developed and managed affordable housing for seniors. That following June, a majority of Rome voters cast ballots in favor of the sale for a price not less than $525,000. In November of that year, the Board was asked to approve an extension of their agreement with Pyramid through November of 2021, while they worked with the CDS organization to get required financials in order. In allowing that extended contract to expire, the former buyer cleared the path for the district to enter into the current agreement with Bowers.

The original Fort Stanwix Elementary School opened its doors to Rome’s students in 1920, a time when American schools were just beginning to be erected fully wired for electric power and to boast indoor plumbing. The industrial-era building, which has grown via additions over the years, just celebrated its Centennial birthday. The elementary school closed in 2009, but didn’t see the last of the district’s students until 2018, where, meanwhile, the Fort Stanwix building was employed for everything from storage to a temporary schoolhouse for district elementary schools closed for remodeling or repair and, most recently, as a satellite location for Strough Middle School while that building was undergoing its recent renovation, thus serving as shelter and stay for Rome’s schoolchildren for just shy of 100 years.

In April of 2020, the New York State Department of Parks, Recreation and Preservation determined the Linden Street school building  was  eligible for designation as both a state and national historic site.

The “Criteria for Inclusion in the National Register” noted on the status document  regarding  the building was that it “embodies the distinctive characteristics of a type, period or method of construction, or represents the work of a master, or possesses high artistic values; or represents a significant and distinguishable entity whose components may lack individual distinction.”

Said Nash after the unanimous vote approving the sale was tallied, “I think the community will be very happy with this.” 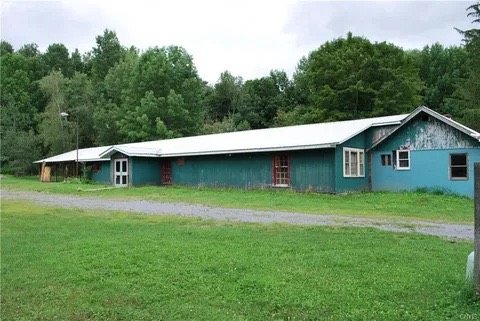