Board brews up approval for Starbucks

Board brews up approval for Starbucks 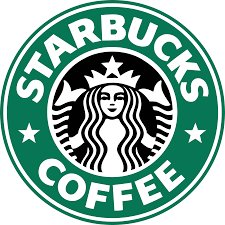 Starbucks coffee shop is a go for Mohawk Acres Plaza after plans received the green light by the city Planning Board during its regular monthly meeting held in Common Council Chambers of City Hall Tuesday.

Plaza owner Randy Soggs appeared before the board for final approval of the Site Environmental Quality Review, preliminary plat review and site plan review for a three-lot minor subdivision at 1790 Black River Blvd., and site plan for the construction of a 1,988 square-foot Starbucks on one of the subdivided parcels.

Since last meeting before the board, Soggs said he and developers incorporated some comments about general traffic flow and made modifications to their plans. They re-orientated the walking area that connects the main center to the property. They also added additional bollards in the parking lot to stop drivers from making shortcuts in order to control traffic. The second entrance to the property was converted to “egress only” so customers are not coming in through the shopping center driveway.

Shrubs around the property will also address state Department of Transportation concerns for shining headlights that could create a visual hazard, Soggs said. The owner also informed the board that he was already granted an area variance from the city Zoning Board of Appeals for the amount of glass (windows) on the building.

Asked what the hours of operation would be for the coffee shop, Soggs said he wasn’t definite, but it may open around 7 a.m. or a little earlier, and close at 9 p.m.

Soggs said upon approval, he would submit his exterior design of the shop to Starbucks Coffee Company, and that a team representing Starbucks would put together the architectural drawings.

“We anticipate a March or April groundbreaking,” said Soggs.

A negative declaration on the SEQR review, site plan review and preliminary plat review were then unanimously approved by the board.

• George Ruffrage and Tim Hogan, of Hogan Engineering, P.C., of Rome, appeared before the board requesting a SEQR Review and site plan review for a 15,000 square-foot mini storage unit facility at 5667 Rome-New London Road.

Hogan explained that the property was formerly a mini golf course and had an existing driveway and existing gate to the center of the site. Two existing structures would remain — one to be used by Ruffrage as an office and another for personal storage. Remaining units to be built would be for rental.

The storage facility would operate from 7 a.m. to 9 p.m., and there would be a remote controlled gate installed by Ruffrage. A business sign would be installed on an existing metal frame post. Hogan also explained Ruffrage’s plans to have a gravel driveway at the site until construction work there is complete, and then it would be paved with asphalt.

Ruffrage said he planned to do his own maintenance at the property to include any mowing and snow removal.

As for any concerns about stormwater management at the property, Hogan said it’s relatively flat, is bordered by a roadside ditch, and at the western property line, there is a 3-foot wide stone-lined ditch before a grassy area that goes into pre-existing ditches. Hogan said hazardous waste would not stored at the facility, and that the units would not be refrigerated.

A negative declaration on the SEQR was then unanimously approved, along with the site plan, on the condition that the property buffer meets the zoning restriction conditions.

• Christopher Centola, of LaBella Associates, representing NY CDG Oneida 2, LLC appeared for review of a request for a SEQR and site plan review for the construction of an 18.3 acre solar array at 6821 Martin St.

Since last appearing before the board, Centola said results of a geological test at the property showed that the soil would not support the pounding of posts into the ground that would support a racking system for the solar panels. Therefore, developers would need to switch to a ballast system that would include concrete bases of about 3-feet wide, with posts of 2-3 feet in height that would be placed on top of the existing soil, that could not be moved (in case of severe wind storms, etc.).

Centola said the ballast system is an “accepted way of doing it,” and that there would be less ground disturbance. As for the solar panels, he said it would change the tracking system from a north-south coordination, to an east-west coordination.

The property would be secured by a chain-link fence and a locked gate. And Centola said the project would not have a significant impact on traffic in the area, as trucks would come in to inspect the site no more than once or twice during the summer months. The site would also include 9,020 solar panels, as opposed to the 11,000 originally proposed, he said.

City Planner Garrett Wyckoff said the city Corporation Counsel will review the bond for the project, along with Oneida County Industrial Development Agency.

A negative declaration on the SEQR review and the site plan review were then unanimously approved, with Vice-chairman Joseph Calandra recusing himself from the vote.

• A site plan review request by GPO Federal Credit Union for a revision to a previously approved site plan for the construction of a new 2,800 square-foot building at 1701-09 N. James St. was unanimously approved.

Representatives explained that the revision to the previous site plan concerned a “substantial fence” installed by one of the property’s neighbors on North James Street “in an area, required by us, for buffering purposes.” Therefore, GPO representatives proposed an extension of their fencing up to the neighbor’s fence to the property line. They also asked to offset the line of existing fencing by about 6 feet to avoid having to trim the neighbor’s “attractive evergreen trees.” As part of the revised site plan, GPO also asked that the business sign now be located on the West Chestnut Street side of the building.