The Rome Free Academy field hockey team held onto the ball for most of the team's 5-0 win at home over Camden Wednesday in the Tri-Valley League at RFA Stadium. 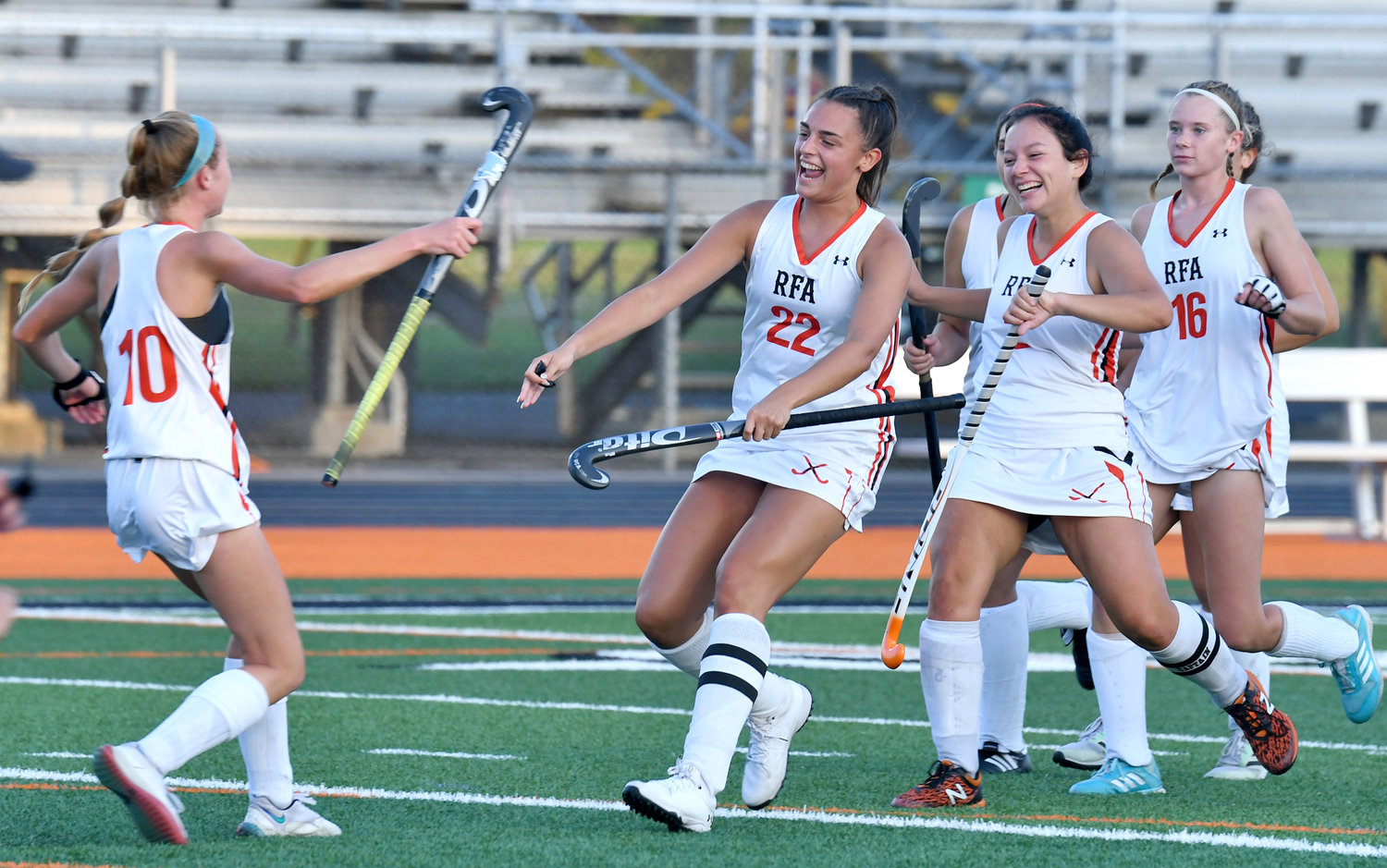 ROME — The Rome Free Academy field hockey team held onto the ball for most of the team's 5-0 win at home over Camden Wednesday in the Tri-Valley League at RFA Stadium.

The win pushed RFA's record in the TVL East to 2-0 (2-2 overall). The Black Knights had all seven of the game's corners and led 3-0 by the end of the first quarter.

"Our identity is really just a family," said RFA head coach Mackenzie Welter after the win. "We're working hard on all the little things." RFA, she said, is "a strong group of returning players, and the new varsity players are stepping up and filling roles." She added, "We want to rise up to every challenge and not be sitting back on our heels." That means crisp passing, encouraging teammates and playing strong individual and team defense, she said.

RFA sophomores Fiona and Isibeal McMahon scored all three first quarter goals. Fiona, who scored the first and third, said after the game, "We're working together as a team really well." The key for the team will be to "Stay connected on the field and having that trust." The Knights, she said, have to continue "always giving 100%," hustling to every ball.

The Knights bolstered the lead with an early second quarter goal by sophomore Alexa Thompson on an assist from classmate Dani Kopek. Cara Mecca, also a sophomore, scored early in the fourth quarter. It was the first varsity goal for both Thompson and Mecca.

"We have potential," said Camden head coach Shannon McPheron, a former RFA standout. "Our biggest issue is learning to communicate and playing a full four quarters." The players have to learn to support each other, she noted. "I'm fairly confident we'll make the right adjustments and they'll peak at the right time."

The team is young, McMahon noted, with eight juniors and two sophomores. "RFA was very, very quick and we hadn't seen that yet." She was pleased with the Blue Devils' improvement in the second half. She credited the defense's saves, especially junior Ryleigh Johnson's efforts. She said her message to the team was that if RFA limited their offensive opportunities, they had to be ready when they did get their chances.

RFA hosts Baldwinsville at 6:30 Friday night in a non-league contest.