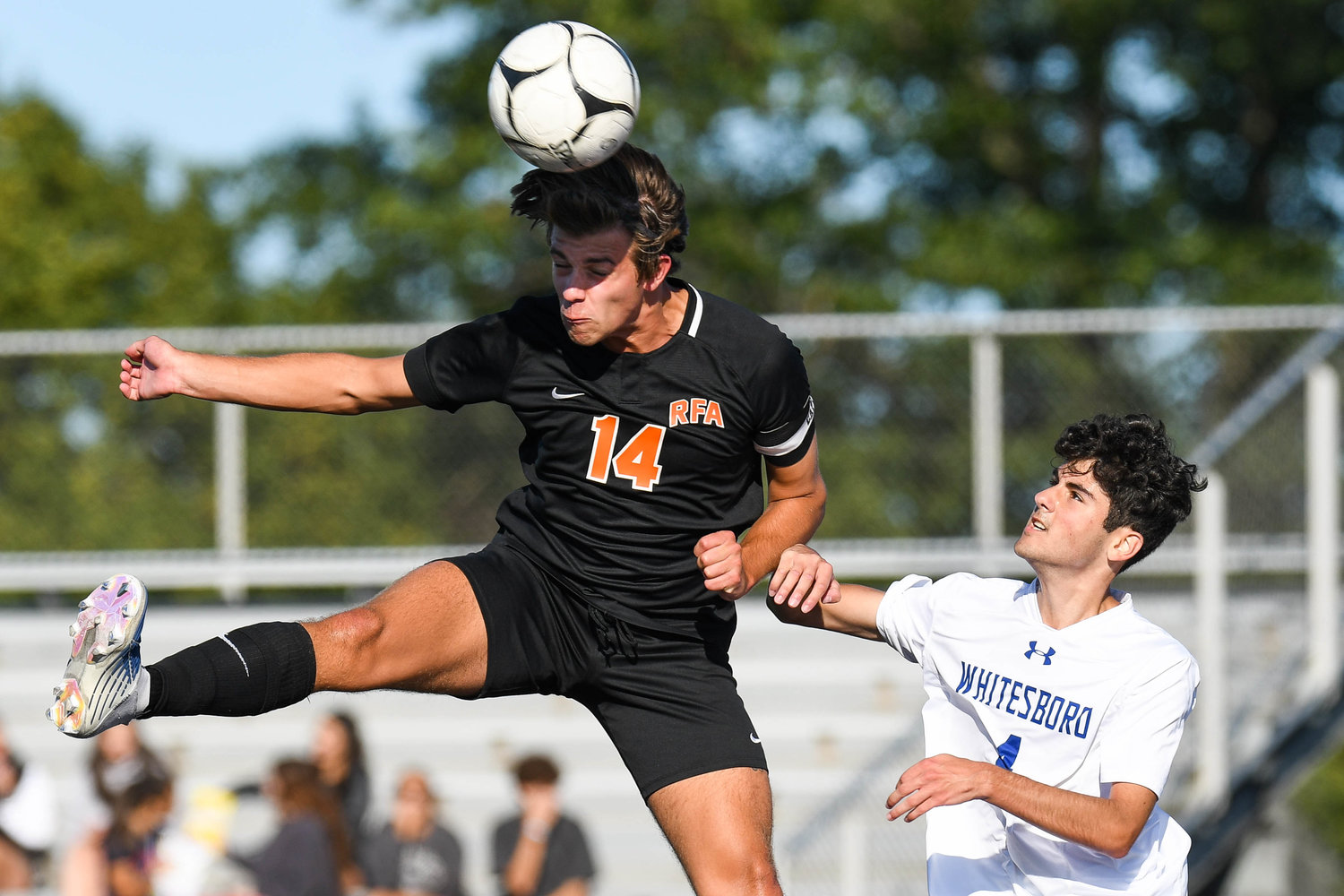 Rome Free Academy forward Collin Gannon heads the ball as Whitesboro’s Nick Demma defends during the game on Thursday at RFA Stadium. Gannon scored twice and had an assist in the Black Knights’ 4-1 win.
(Sentinel photo by Alex Cooper) 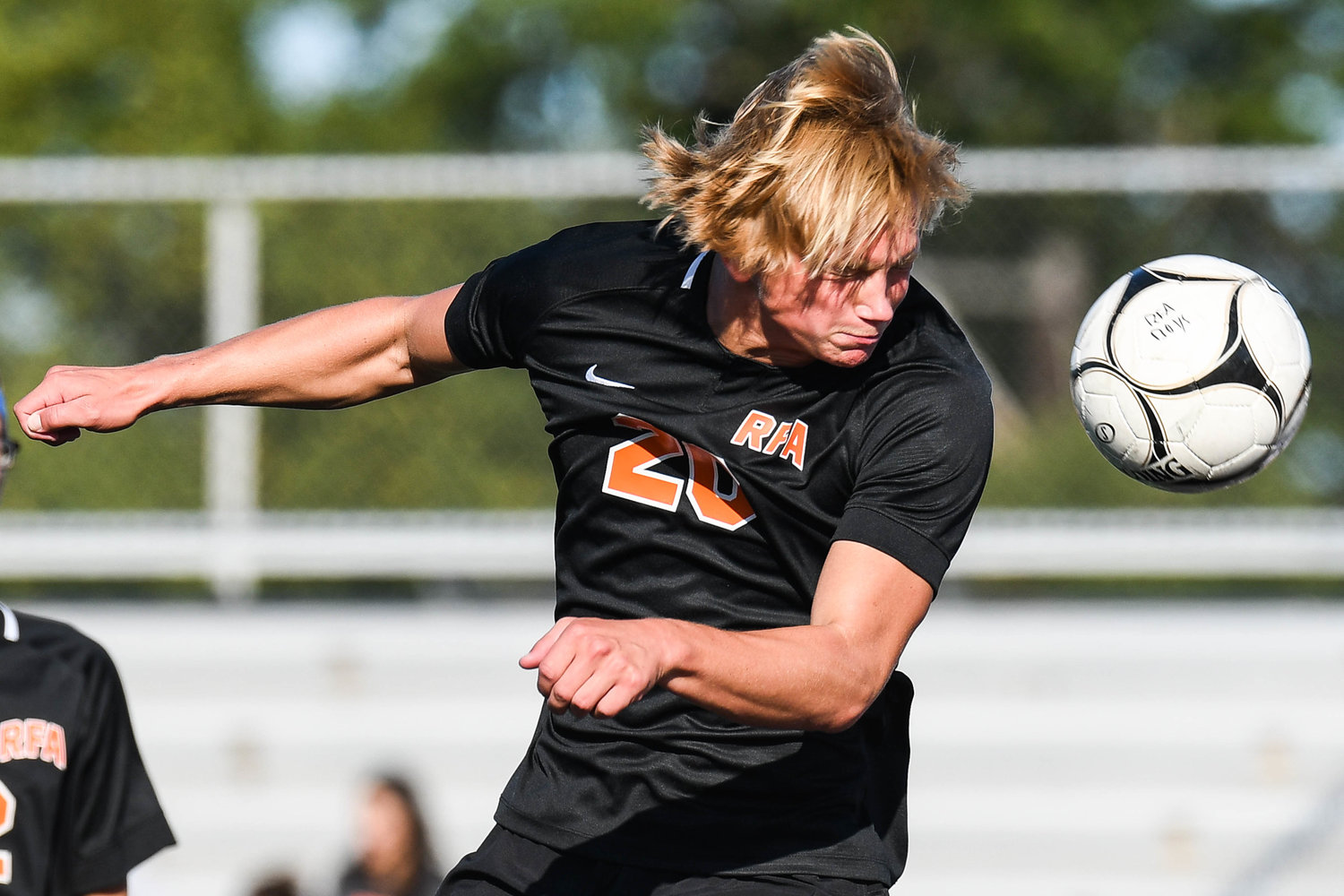 Rome Free Academy forward Paul Zimmerman heads the ball toward the net during the game against Whitesboro on Thursday at RFA Stadium. Zimmerman earned an assist in the team’s 4-1 win.
(Sentinel photo by Alex Cooper) 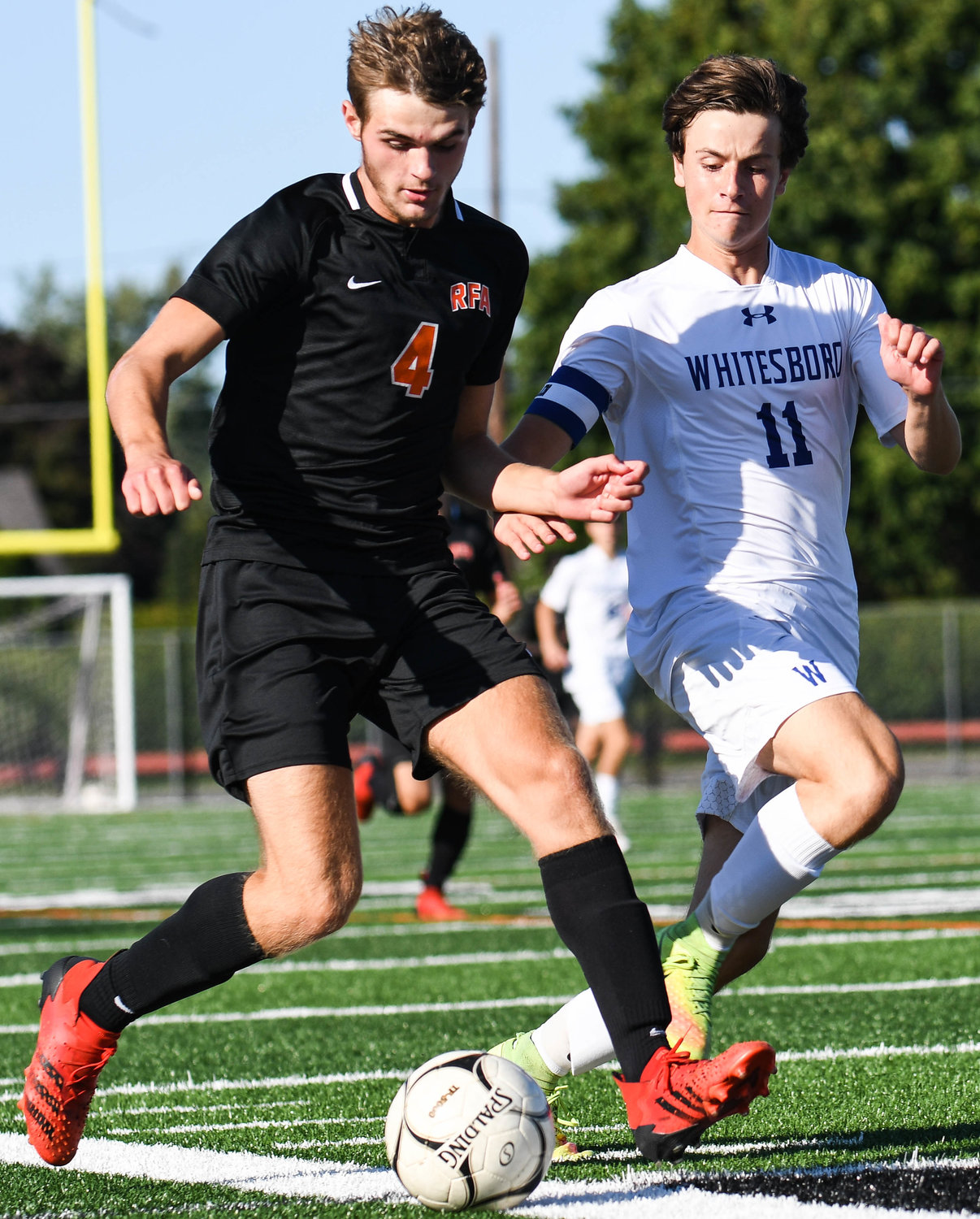 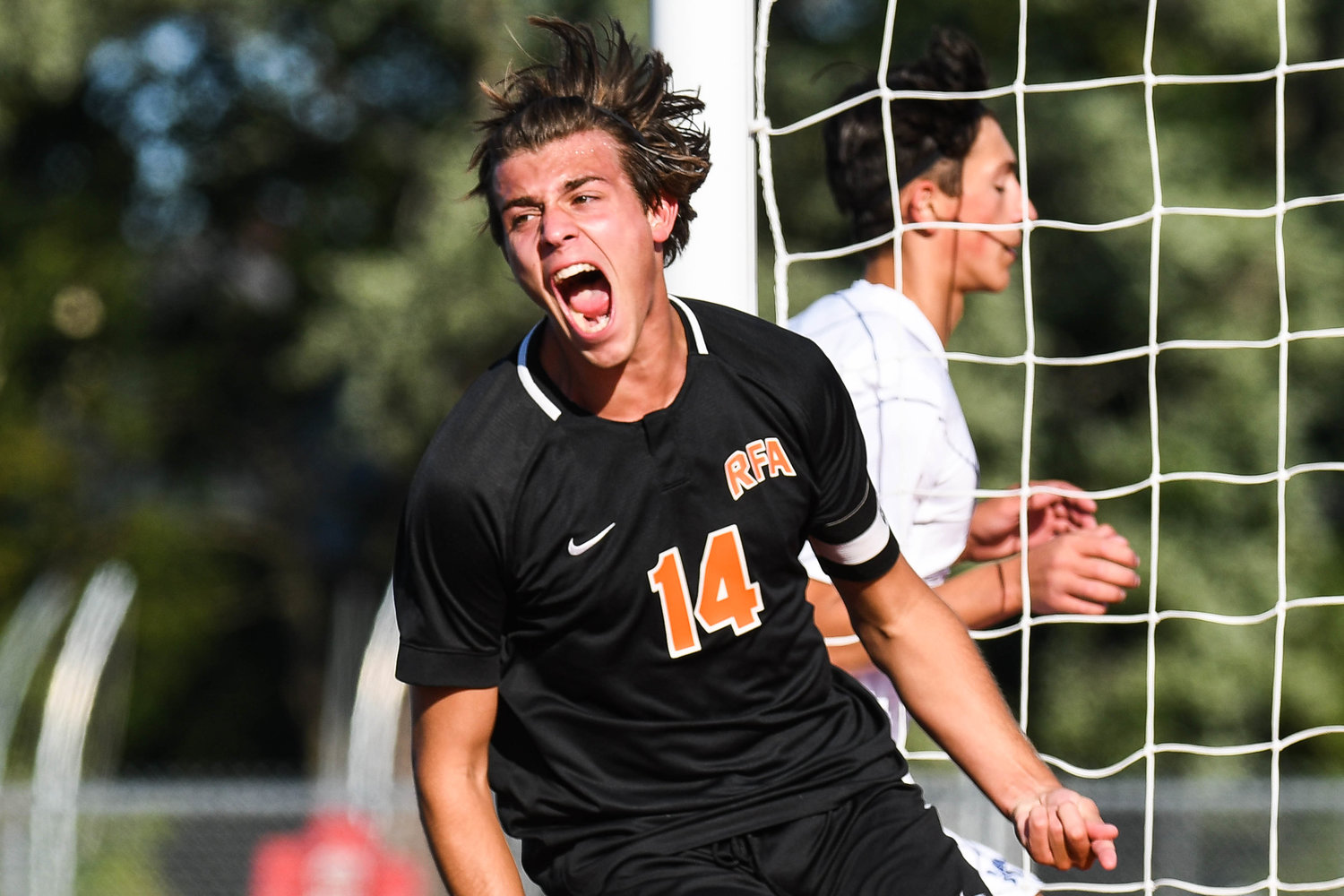 Rome Free Academy forward Collin Gannon celebrates after scoring a goal during the soccer game against Whitesboro on Thursday. Gannon scored twice in a 4-1 win.
(Sentinel photo by Alex Cooper)
Previous Next
Posted Saturday, September 17, 2022 8:00 am

The Rome Free Academy boys soccer won 4-1 at home against Whitesboro in the Tri-Valley League Thursday.

The Knights led 2-1 at the break then extended the lead.

Whitesboro’s Denis Seferagic scored on an assist from Josh Gorgas.

Whitesboro plays Vernon-Verona-Sherrill at noon today in the TVL.

Christopher Suriano made three saves in the shutout for New Hartford.

New Hartford plays a league game at Holland Patent at 10 this morning.

Proctor hosts Holland Patent at 4:30 p.m. Tuesday in the league.

The New Hartford girls soccer team won 12-0 against host Proctor Thursday in the TVL, with 10 players notching at least one goal.

Cole and Abby O’Connor split time in goal for New Hartford. Cole faced no shots on target and O’Connor made one save.

The win extends the Spartans’ unbeaten streak to 43 games. The defending Class A state champs are now 5-0-1 (4-0 in the league) and will host Holland Patent at 10 a.m. today in the league.

Emily Gubbins stopped all three shots she faced in goal for the Westmoreland girls soccer team and the Bulldogs got goals from Victoria Downs and Ella McGregor to beat visiting Herkimer 2-0 Thursday in the Center State Conference.

Grace Maranville stopped all five shots she faced to record the clean sheet in goal for the Red Devils.

VVS plays a TVL match at Whitesboro today at 10 a.m.

Clinton battles to a draw at Marcellus

Deanna Heintz was busy in net for Clinton, stopping 18 shots.

Josephine Leubner made 15 saves for Marcellus.

Clinton plays at Adirondack at 1 p.m. today in the Center State.

The Remsen girls soccer team lost 2-1 at home against Hamilton Thursday in the Center State.

Logan Langel both goals for Hamilton, one on an assist from Taylor Basher and the other from Autumn Hames.

Emily Neuenschwander stopped 15 shots in net to earn the win.

Julia Dening scored the lone goal for the Rams.

Imagin Aiken made 10 saves in net for Remsen.