Kaiir Elam isn’t big on labels. The cornerback didn’t consider himself a freshman at Florida in 2019, when he became the 10th Gator since 1996 to have at least three … 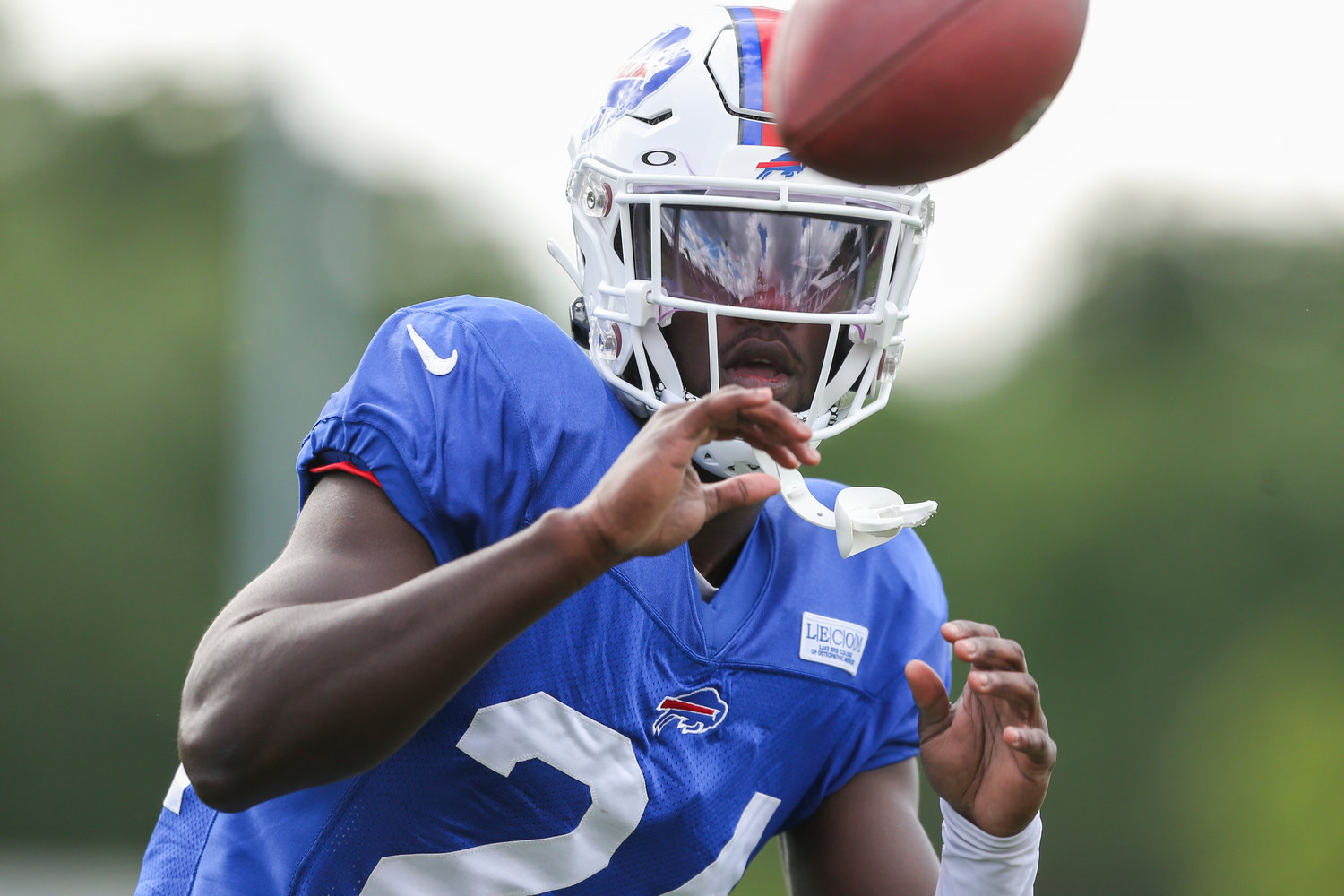 The cornerback didn’t consider himself a freshman at Florida in 2019, when he became the 10th Gator since 1996 to have at least three interceptions in his first season.

And the Buffalo Bills’ first-round draft pick certainly doesn’t lack in confidence when suggesting he would rather not be referred to as an NFL rookie.

“I mean, I am a rookie, technically. But my mindset is I’m going to be ready when my number’s called,” Elam said. “I just like to be called however I perform.”

Week 1 starter is one label the 21-year-old wouldn’t mind attaining.

By necessity, the Bills have a similar objective in mind for Elam.

With Tre’Davious White’s status uncertain while recovering since injuring his left knee in November, and following Levi Wallace’s departure in free agency in March, Buffalo faces the distinct possibility of having both starting cornerbacks spots needing to be filled once they open the season at the defending champion Los Angeles Rams on Sept. 8.

As it stands now, the jobs would go to Elam, who has spent the entire offseason lining up as a starter opposite Dane Jackson, a third-year player who closed last season replacing White.

“There’s always some trepidation when you are a rookie and potentially having to start, especially at the corner position where you know early on people are going to target you,” Bills defensive coordinator Leslie Frazier said.

“We’re confident that he’s going to play well for us,” he added. “We need to see how he progresses throughout training camp. He’s excited for this opportunity. He’s looking forward to it. But so are we.”

In filling a key need to an otherwise well-stocked roster, general manager Brandon Beane thought so highly of Elam, he traded up two spots in the draft order to select him 23rd.

At 6-foot-1 and 191 pounds, Elam is coming off a college career in which he had six interceptions and was credited with 20 passes defended in 27 starts and 35 games while lining up against some of the nation’s top receivers.

In practice alone, he went up against the likes of current NFL receivers Van Jefferson (Rams), Kadarius Toney (Giants) and Freddie Swain (Seattle).

What struck Beane was the self-awareness Elam displayed during his pre-draft visit by asking the Bills would they saw in him and what he needed to improve upon. Moments after being drafted, Elam was so eager to get up to speed, he wondered if he could be provided the Bills defensive playbook on the flight to Buffalo.

Elam’s confidence and drive to get better stem from an NFL family background. He was tutored by his father Abram and uncle Matt Elam, who both enjoyed pro careers as defensive backs.

Abram Elam defers the credit to his son.

“It wasn’t about him living up to the expectations of myself and my brother. This is what Kaiir wanted,” Elam said a day after his son was drafted.

“He took the tutelage, he took the plan, and he’s executed,” he added.

“This is his moment. He took advantage of every opportunity and made the most of it. This isn’t about me. This is him.”

Elam hasn’t looked entirely out of place in practice.

He’s been physical in bumping receivers off the line of scrimmage, while also showing a speedy burst in being able to pedal back in coverage. Among the things he still needs to work on are attacking the ball in the air and being overly reliant on using his hands to hold up receivers.

In his defense, Elam is going up against a Josh Allen-led passing attack which has been among the NFL’s best over each of the past two seasons.

“It’s way better than college,” Elam said. “The timing and getting in and out of your break — like the ball is right there — the margin for error, there’s no time for slip-ups and late movements and false steps.”

In acknowledging he has plenty to work on, Elam has also gained a hard-won appreciation of knowing there will be times he’s going to get beat. The key is not getting so frustrated that it affects him on the next play.

He leans on the advice his father provided during a recent phone conversation.

“I’m human, so I’m going to make some mistakes. I’m not going to always win every single rep,” Elam said. “He said, ‘Just keep competing and never lose that edge.’”