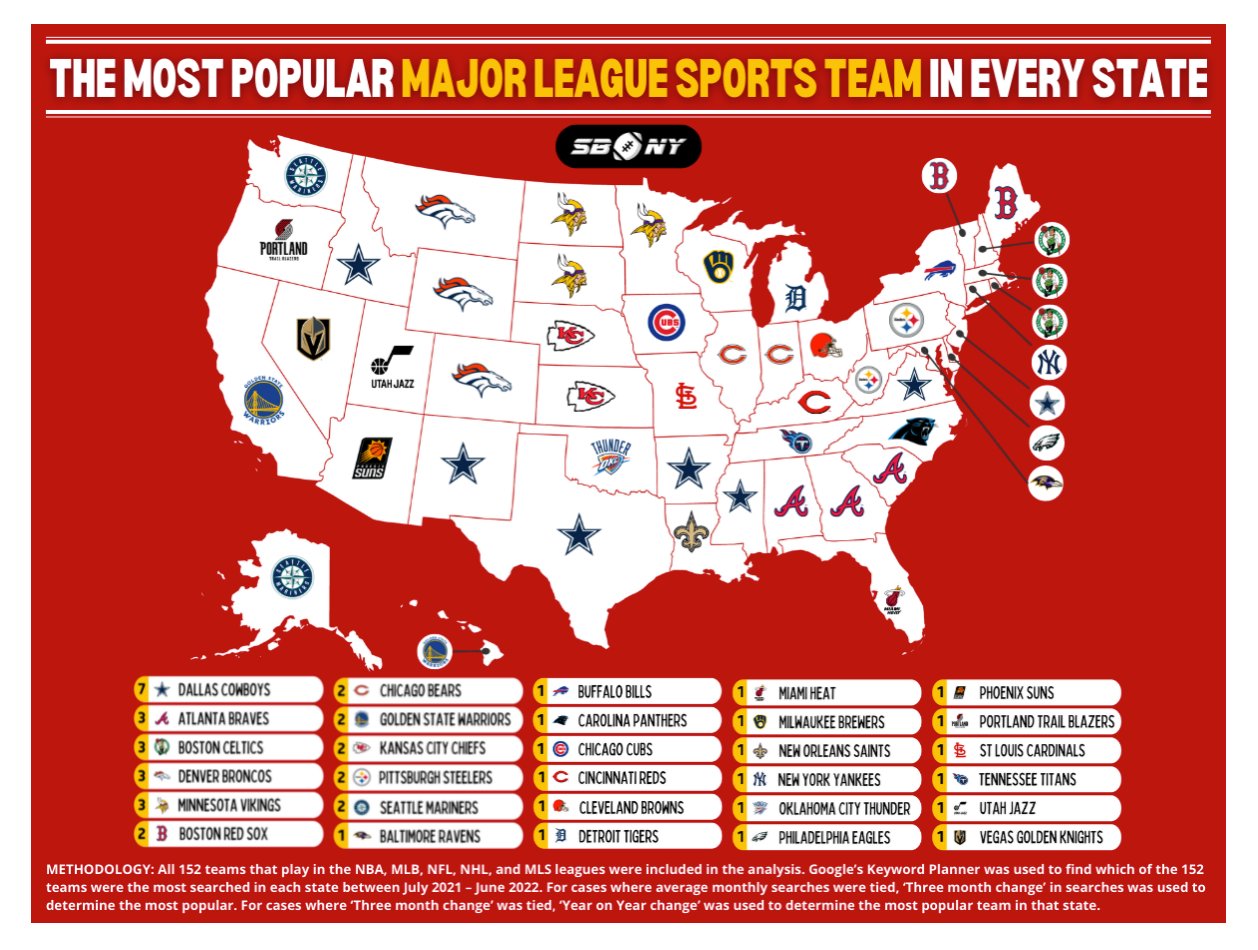 NEW YORK — Move over Aaron Judge. While the New York Yankee outfielder seeks to cap off an historic season, he and the New York Yankees are not the most popular team in New York, according to an analysis conducted by the company Sports Betting NY.

Sports Betting NY analysed Google search data over the past 12 months for all 152 major league sports teams across Major League Baseball, the National Football League the NBA, NHL and Major League Soccer. The company looked at the number of searches each sports team receives every month on average, to find the most popular team in every state.

It found that the Buffalo Bills are the most popular sports team in New York, with residents searching for the four time consecutive Super Bowl contenders more than any other team. The Bills are searched a jaw dropping 823,000 times a month on average in the state alone — the equivalent of 4.1% of New York’s population searching at least once every month.

The Yankees were New York’s second most searched for sports team, with 301,000 searches per month in the state, more than half a million fewer searches than the Bills.

The study found that the Dallas Cowboys are indeed “America’s Team” when it comes to national popularity. The Cowboys ranked as the most searched in seven states, including Arkansas, Idaho, Mississippi, New Jersey, New Mexico, Virginia and their home state of Texas.

The Cowboys have amassed a combined fanbase of more than 16.6 million followers across their Facebook, Twitter and Instagram pages. They are also searched the most in Texas with an average of 2,240,000 monthly searches — the equivalent of 7.6% of Texas’ population Googling the team once every month.

Other teams showing widespread appeal included the Atlanta Braves, which came out top in three states: Alabama, South Carolina and Georgia; the Boston Celtics, which was the most searched sports team in three New England states: New Hampshire, Rhode Island, and their home state of Massachusetts; the Denver Broncos, the most searched in three neighboring Western states: Montana, Wyoming, and Colorado; and the Minnesota Vikings, the most searched team in North Dakota, South Dakota and Minnesota.