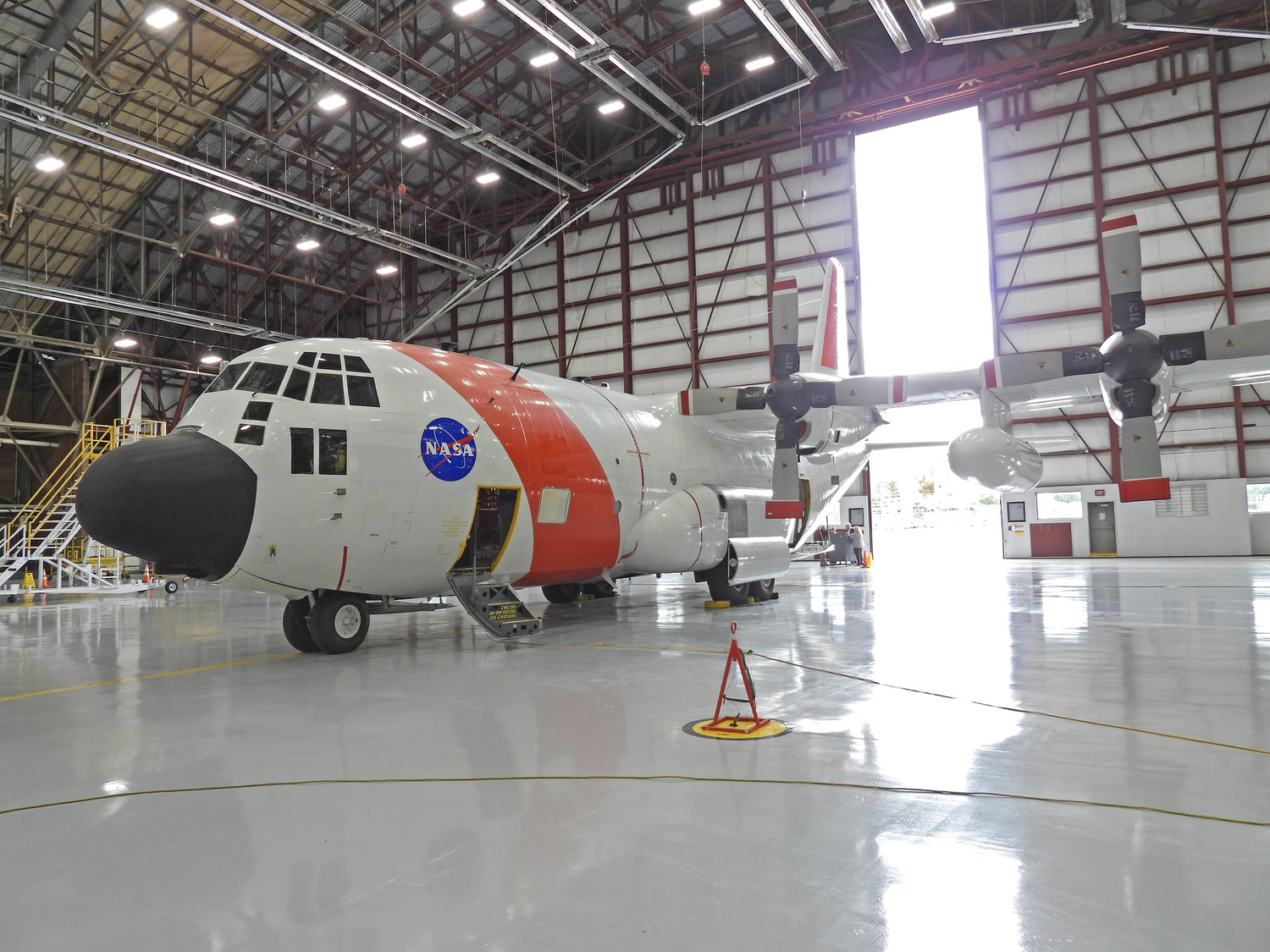 NASA C-130 ROLLING IN — A NASA C-130 sits inside one of Strategic Global Aviation’s hangars. Maintenance work has already begun and SGA is expected to finish within the next 45 days. See story, page 2.
(Sentinel photo by Charles Pritchard) 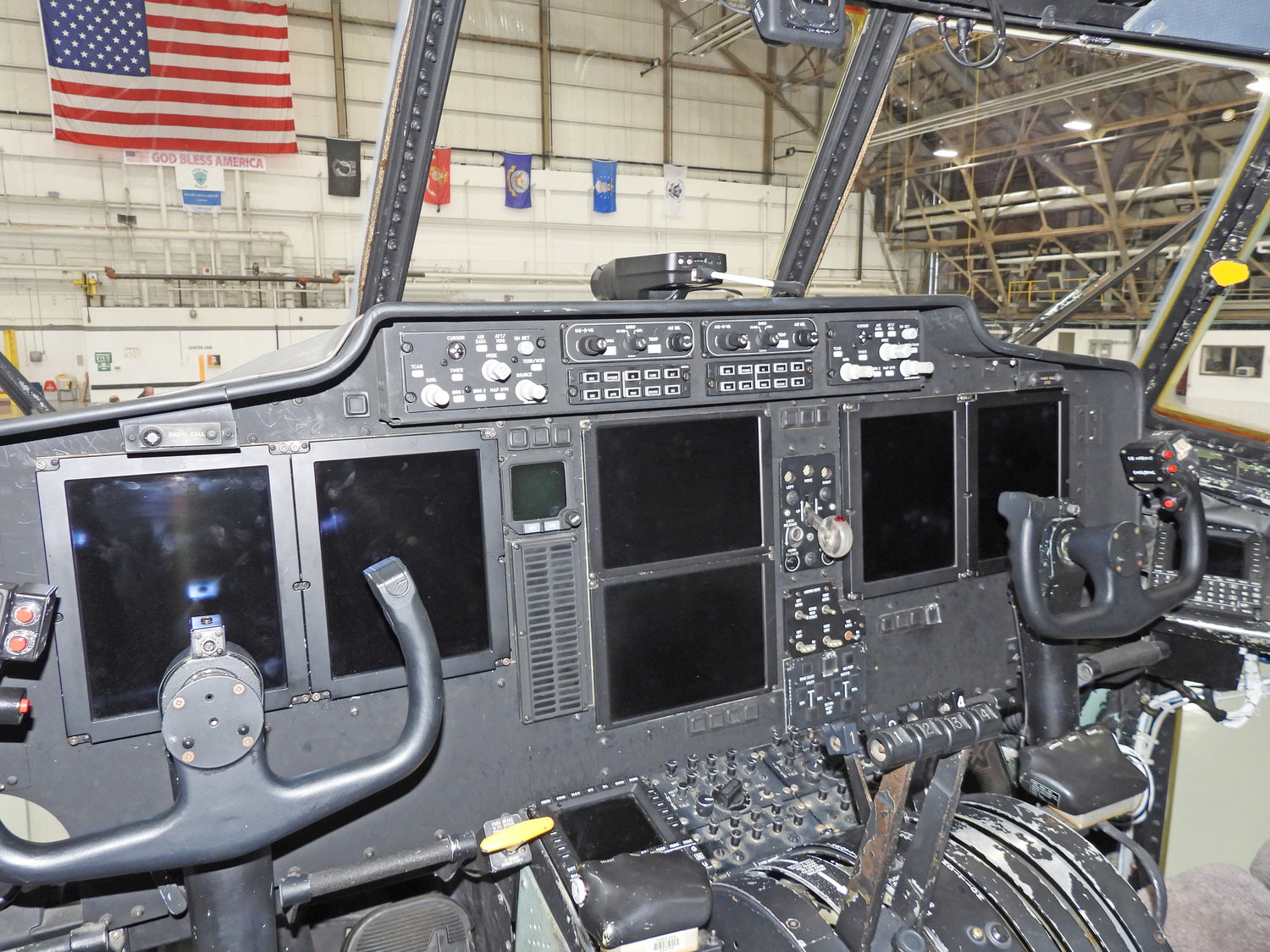 BEHIND THE WHEEL — Strategic Global Aviation was awarded a contract by NASA and the Yulista Technical Services Company to perform maintenance on a NASA C-130. Work has already begun and SGA is expected to finish within the next 45 days.
(Sentinel photo by Charles Pritchard) 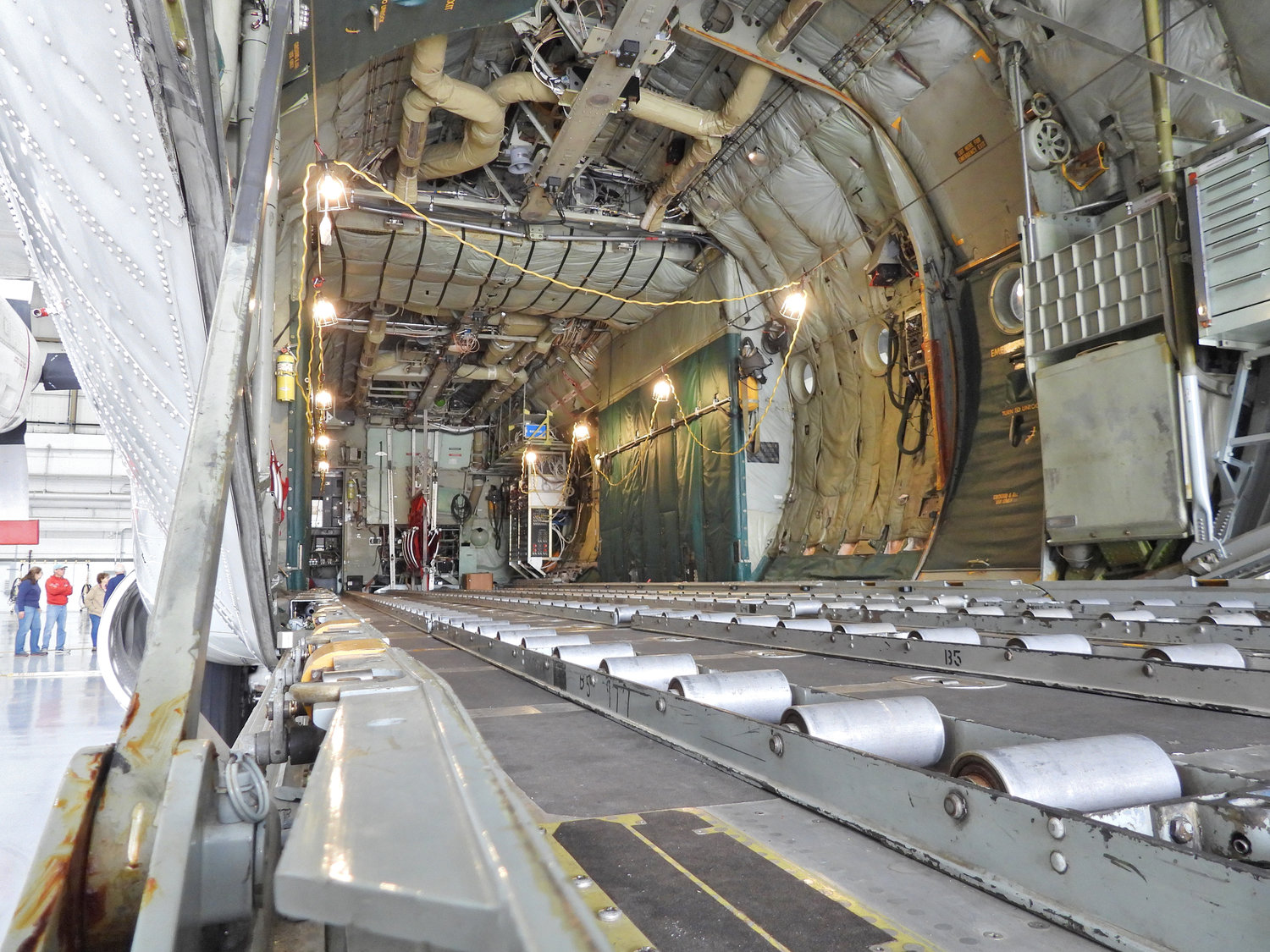 CARGO SPACE — NASA uses the C-130 for all manner of missions, from dropping sonar buoys to shipping of cargo. Maintenance work has already begun and SGA is expected to finish within the next 45 days.
(Sentinel Photo by Charles Pritchard)
Previous Next
Posted Saturday, October 2, 2021 12:00 pm
Charles Pritchard
Staff writer
email

A C-130 has rolled into Strategic Global Aviation and is ready for a full strip and paint job.

The National Aeronautics and Space Administration and the Yulista Technical Services Company recently awarded SGA an aircraft maintenance contract for the C-130.

SGA officials said this contract was awarded based on SGA’s expertise in heavy aircraft maintenance and repair and the organization’s ability to provide NASA cost savings by reducing aircraft downtime and concentrating on the repairs essential for sustained safe operations.

SGA made the announcement Friday afternoon at a press conference, where SGA President and CEO John Hester talked about the challenges SGA faced and overcame this past year.

“I want to thank the communities involved and the support they’ve provided in this endeavor,” Hester said. “And believe me, it’s been an endeavor. We made it through COVID-19, and we’re still here, fighting every day.”

Assemblywoman Marianne Buttenschon, D-119, was in attendance and extolled the hard work of SGA and its place in the community.

“I met the SGA about a year ago. They’re dedicated, hard-working, and everything we need in our community,” Buttenschon said. “There are many opportunities for them in the future, and any contracts out there, SGA will pursue them. And that’s what we need.”

Rome Mayor Jacqueline Izzo was happy to be back at SGA and commended them for their service.

“I’m always happy to come up here and talk with the SGA team,” Izzo said. “We’re happy to have you and your employees here in Rome, and it’s really special when we can see our military in a different light and supporting them.”

“I know it’s been tough with COVID-19, but thank you for hanging in there,” she continued. “I wish you the best of luck and wish SGA’s employees well.”

SGA is a U.S. government and New York state-designated service-disabled veteran-owned small business. Currently, SGA employs around 33 to 35 people. Many employees are former military, such as Jon Adams — a former captain of the United States Air Force and a Brigadier General of the New York Air National Guard. Now, he’s executive vice president of strategic aerospace.

“NASA has several special projects and uses vehicles like the C-130 to do things like drop sonar buoys, chase high altitude weather balloons, and more,” Adams said. “And they keep revising the airplane to meet the mission requirements. So there are all sorts of special things to this airplane.”

Adams said work has already started on the C-130. First, a chemical bath was needed to strip off a layer of film that had built up over its use. Following that, they’ll start stripping it and performing every bit of required maintenance. When asked how long it would take, Adams said it would take around 45 days.

Bella and Luna top names for dogs, cats for 2021

Trupanion, which offers medical insurance for cats and dogs, recently surveyed its database of more than 650,000 insured pets for the most popular cat and dog names of 2021. For our canine …