The Biergarten at F.X. Matt Brewing Company is officially open for business. 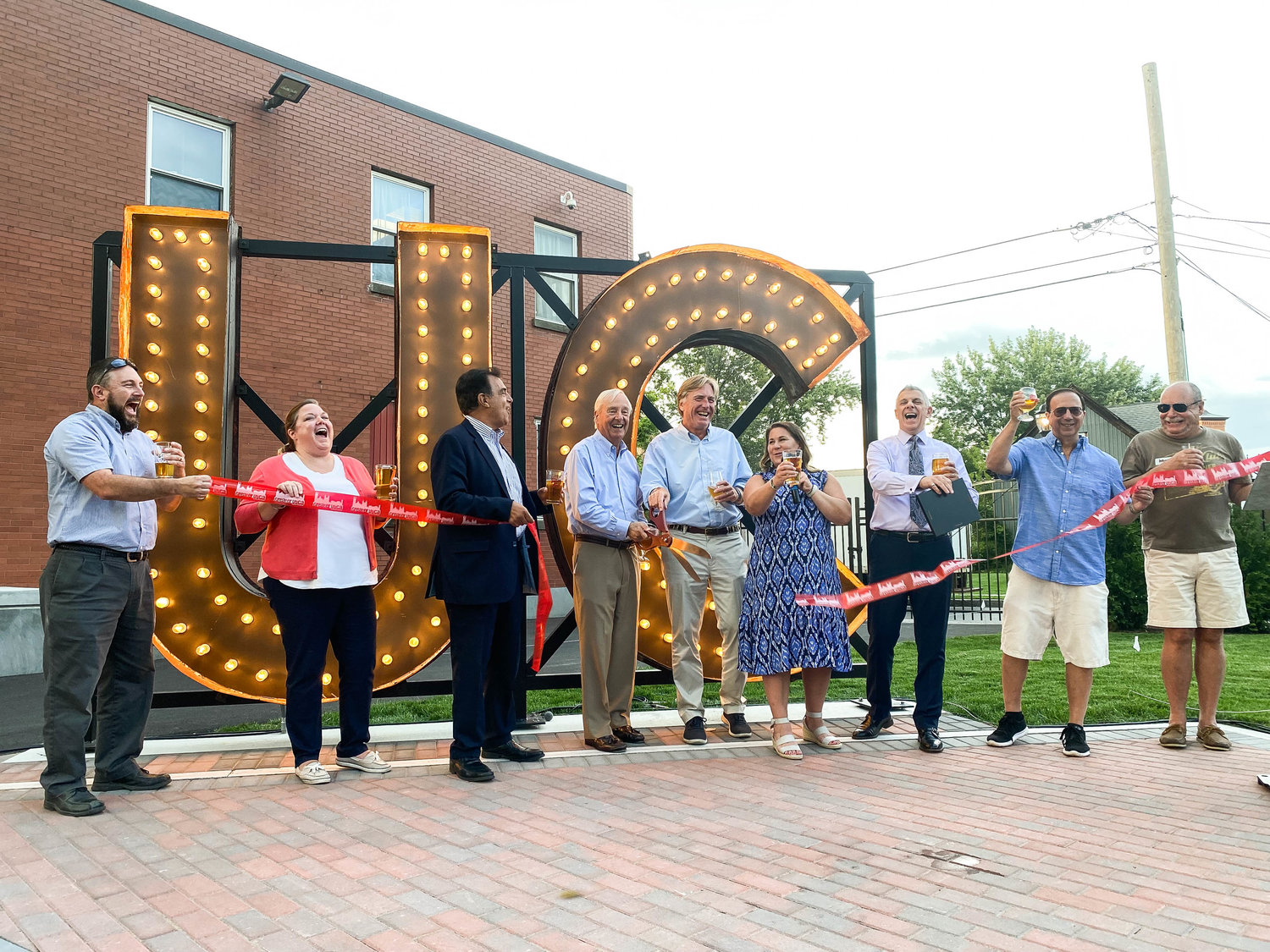 UTICA — The Biergarten at F.X. Matt Brewing Company is officially open for business.

The outdoor venue, located at 830 Varick St., offers 12 beers on tap, as well as seltzers, ciders, cocktails and nonalcoholic drinks. In addition to drinks, the venue also has food service available.

Beyond the food and drinks offered at The Biergarten, patrons can enjoy the green spaces, yard games and trying to find the secret speakeasy that’s tucked away at the venue. During the winter months, patrons can go inside the brewery’s new beer hall and the renovated 1888 Tavern.

F.X. Matt Brewing Company is striving to make The Biergarten a tourist destination and family-friendly atmosphere, allowing people of all ages and even their pets to enter the venue.

“Throughout the entire process of designing our new biergarten, the customer experience has been priority number one,” said Fred Matt, president of F.X. Matt Brewing Company. “We’ve put a lot of thought into the types of beers we’ll have on tap and the style of food we’re serving, with a big focus on innovation so the customer can experience something here they won’t find anywhere else.”

The Biergarten is a culmination of major investments that were previously announced for the brewery. Officials say a total of $45 million has been invested to expand the brewery, update production facilities and introduce new products, all while keeping and creating jobs.

At the Biergarten’s ribbon-cutting ceremony, Utica Mayor Robert Palmieri took the opportunity to announce a $1 million dollar investment for Varick Street, which will include new sidewalks, lighting, and trees.

“We’re looking at a portion of west Utica that really embarks upon a destination,” Palmieri said.

“You could put a product out there, but if you don’t have heart in your product, you have nothing and the Matts are all heart,” the mayor added.