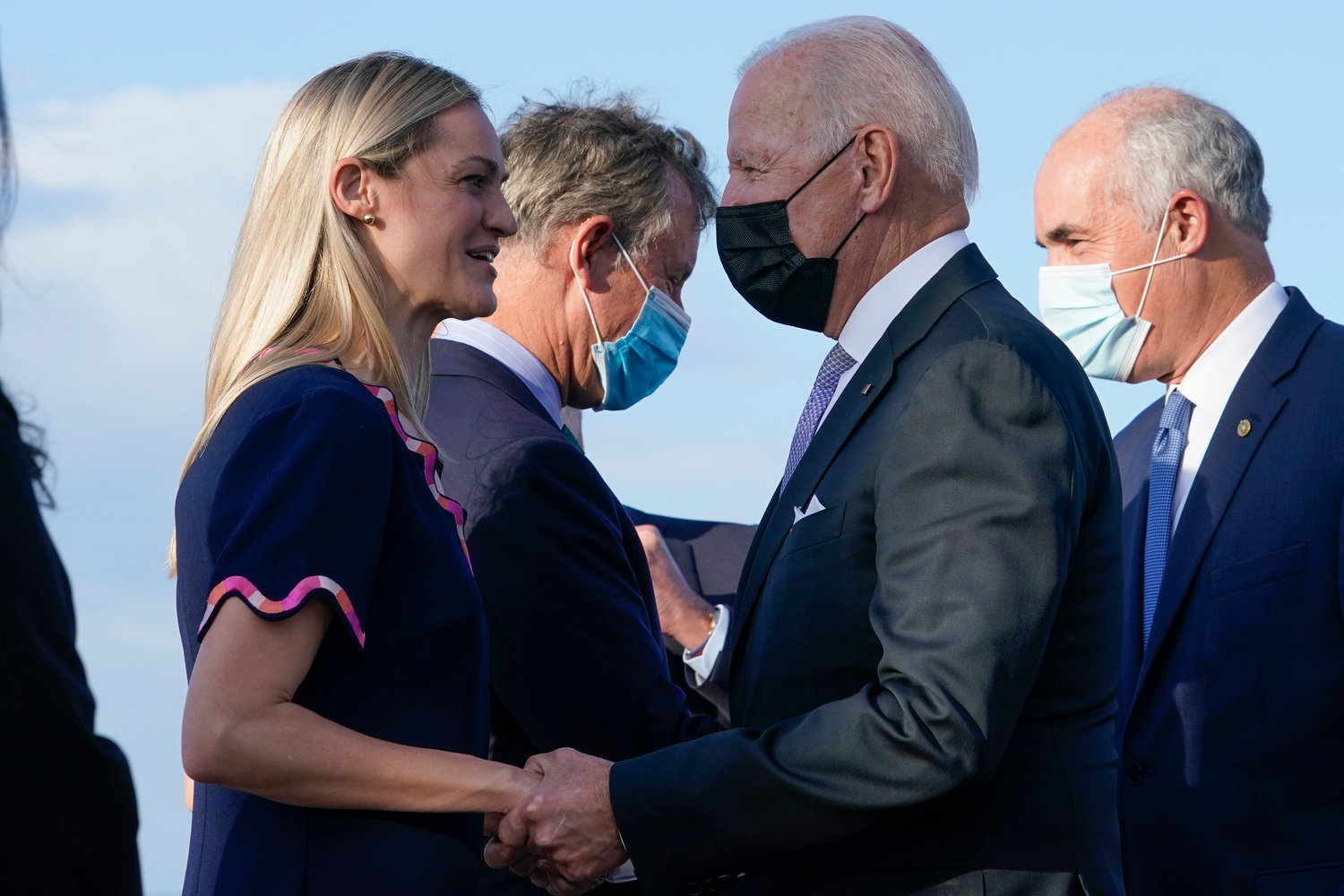 WASHINGTON (AP) — President Joe Biden headed to his hometown Wednesday to highlight the middle class values of his $2 trillion domestic agenda package, now scaled back but still an unprecedented attempt to expand social services for millions as well as tackle the rising threat of climate change.

“It’s where my values — of hard work and treating others with dignity — were set,” the president tweeted before flying to Scranton, Pennsylvania. “Those values are at the core of my agenda.”

Biden and his Democratic Party are racing to seal agreement on the legislative package after laboring for months to bridge his once-sweeping $3.5 trillion vision preferred by progressives with a more limited focus that can win over party centrists. He has no Democratic votes to spare for passage in the closely divided Congress, and leaders want agreement by week’s end.

In the mix: At least $500 billion to confront climate change, $350 billion for child care subsidies and free pre-kindergarten, a new federal program for at least four weeks of paid family leave, a one-year extension of the $300 monthly child tax credit put in place during the COVID-19 crisis, and funding for health care provided through the Affordable Care Act and Medicare.

Likely to be eliminated or shaved back: plans for tuition-free community college, a path to permanent legal status for certain immigrants in the U.S. and a clean energy plan that was the centerpiece of Biden’s strategy for fighting climate change.

“Nothing is decided until everything is decided,” said Rep. Pramila Jayapal, D-Wash., the leader of the Congressional Progressive Caucus after a morning meeting of House Democrats. “We’re just trying to get it done.”

The Democrats appear ready to abandon what had been a loftier package in favor of a smaller, more workable proposal the party can unite around — all to be funded by tax hikes on corporations and the wealthiest individuals, those earning more than $400,000 a year.

“Here’s the deal: If you spent $3 on your coffee this morning, that’s more than what 55 major corporations paid in taxes in recent years,” Biden tweeted. “It’s wrong — and it’s got to change.”

Yet a day after Biden outlined his ideas for trimming back some components to lawmakers, it was clear that the effort remained a work in progress as several Democrats signaled they were still fighting for their priorities.

Democrats are growing anxious they have little to show voters despite their campaign promises and have had trouble explaining what they’re trying to do with the massive package, made up of so many different proposals.

In scaling back the bill, they are heeding the political realities of the 50-50 Senate, where Democratic Sens. Joe Manchin of West Virginia and Kyrsten Sinema of Arizona have objected to Biden’s expansive plans.

The Democrats are also trying to coalesce around a politically marketable theme: helping middle-income families weather the COVID-19 economic fallout, while also taking on tax code inequities and the looming threat of climate change.

It’s a tall order that was leading to an all-out push Wednesday to answer the question — “What’s in the damn bill?” as a press release from Sen. Bernie Sanders, the independent from Vermont, put it.

Biden felt “more confident,” press secretary Jen Psaki said in a statement late Tuesday after his meetings with lawmakers that stretched into the evening.

“There was broad agreement that there is urgency in moving forward over the next several days and that the window for finalizing a package is closing,” she said.

The president especially wants to advance his signature domestic package to bolster federal social services and address climate change by the time he departs for a global climate summit next week.

A key holdout on Biden’s proposals, conservative Manchin has made clear he opposes the president’s initial Clean Energy Performance Plan, which would have the government impose penalties on electric utilities that fail to meet clean energy benchmarks and provide financial rewards to those that do.

Instead, Biden is focused on providing at least $500 billion in tax credits, grants and loans to fight climate change, much of it likely to include tax breaks for energy producers that reach emission-reduction goals.

On other fronts, to preserve Biden’s initial sweep, Democrats are moving to retain many of the programs but trim their duration to shave costs.

Biden wants to extend the $300 monthly child tax credit that was put in place during the COVID-19 crisis for another year, rather than allow it to expire in December.

The policy has been praised for sending cash to families most in need. Democrats wanted to extend the credit for additional years, but limiting the duration would help lower the cost.

What had been envisioned as a months-long federal paid family leave program could be shrunk to as few as four weeks — an effort to at least start the program rather than eliminate it.

And a new program to provide dental, vision and hearing aid benefits to people on Medicare proposed by Sanders, is likely to remain in some fashion.

Biden told lawmakers that after his top priorities there would be $300 billion remaining.

That could lower the overall price tag or be used for other programs. 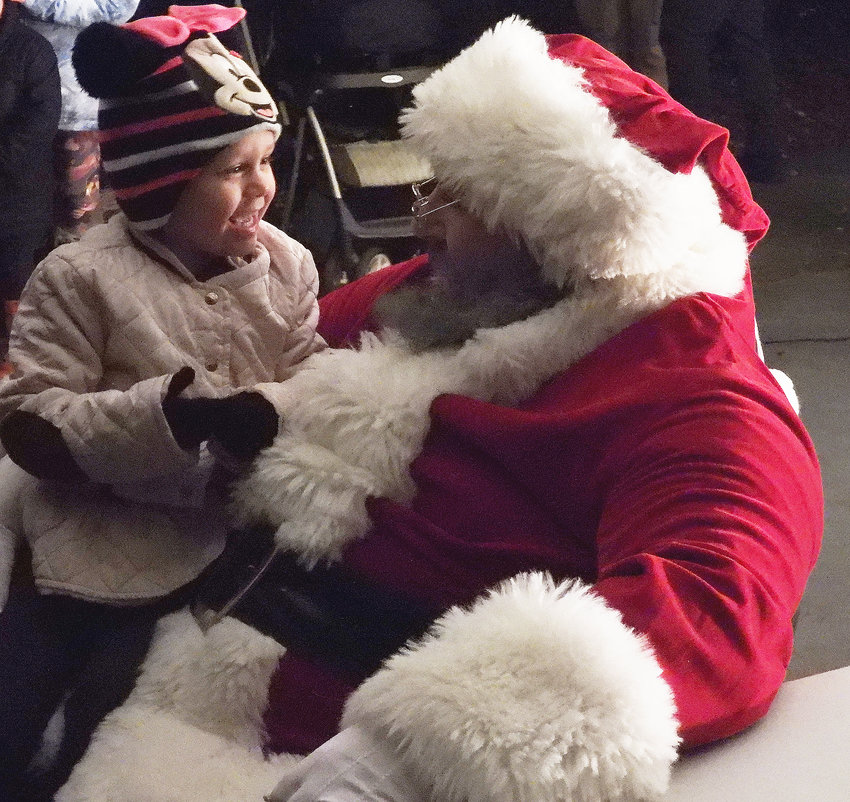