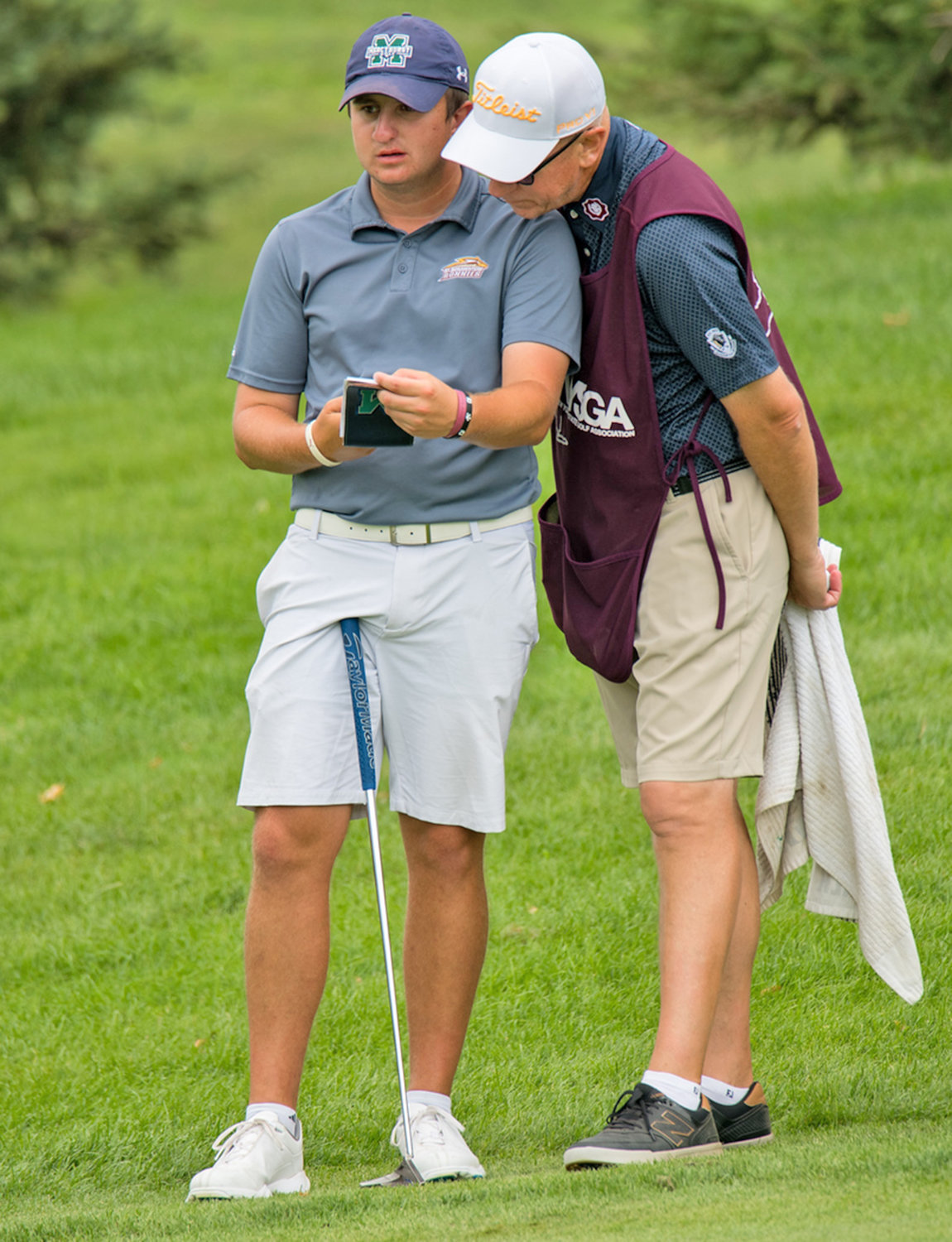 Jack Angelucci, a member of Yahnundasis Golf Club in New Hartford, finished tied for 13th at the 2022 New York State Men’s Amateur Championship at Onondaga Golf & Country Club in Fayetteville Thursday. He was the highest finishing local player in the field.
(Photo courtesy of Dan Thompson)

The Westchester native went into the final 36 holes at 7-under, tied with RaNic Golf Club’s Nic Whittaker. Berridge pulled one stroke ahead after round three on Thursday morning, recording seven birdies in the process. Brook-Lea Country Club’s Jason Lohwater fired a third round 66 to make it tight heading into the fourth and final round in the afternoon.

Lohwater entered the fourth round one stroke back of Berridge but took the lead after he birdied hole 3 and Berridge bogeyed hole 2. Lohwater’s had a double bogey on the par-3 eighth and would never regain the lead.

Berridge, who is a member of the University of California men’s golf team, chalked up four birdies on the back nine to pull away and win the championship by three strokes. He fired a 270 and broke the record by Dominic Bozzelli that stood for 10 years.

The 20 golfers with the lowest scores (and ties) earned an exemption to next year’s championship, which will be held at Wykagyl Country Club in New Rochelle.