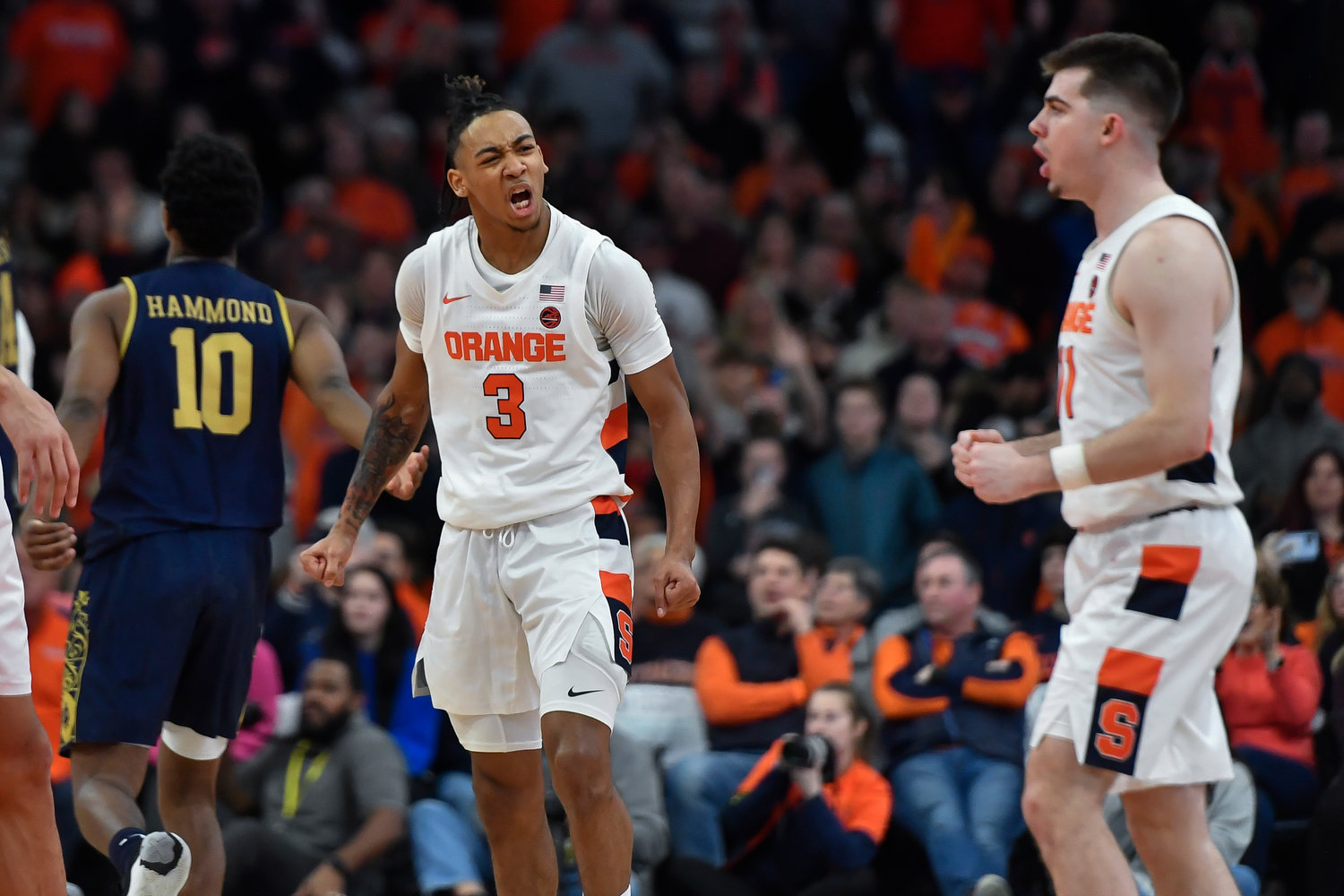 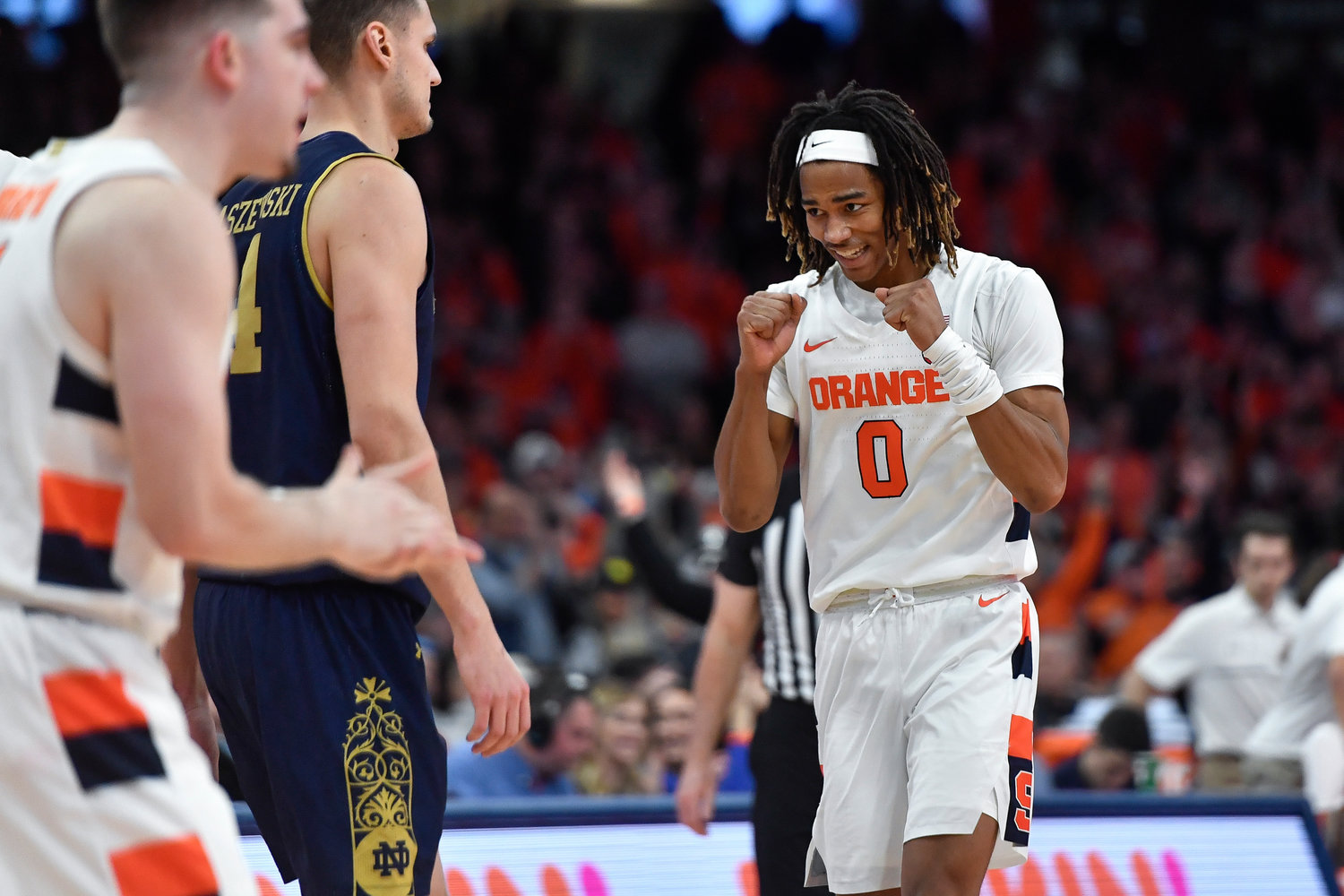 Syracuse forward Chris Bell (0) reacts during the second half of Saturday night's game against Notre Dame in Syracuse.
(AP Photo) 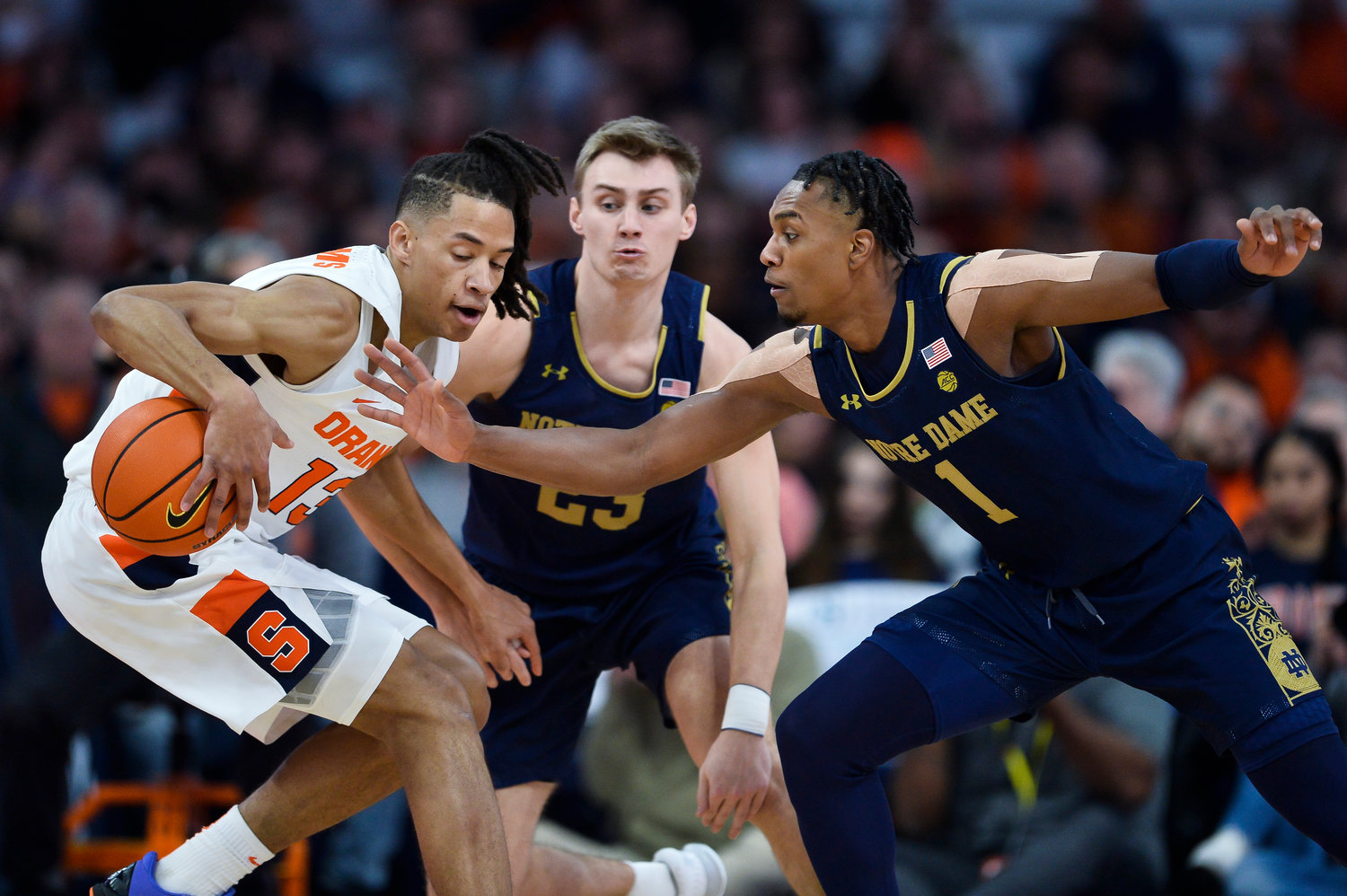 Marcus Hammond hit a 3-pointer with 2:37 left that gave the Fighting Irish a two-point lead, but Mintz answered with a jumper 24 seconds later and made 1 of 2 free throws to give Syracuse a 72-71 lead with 1:46 to go. Notre Dame followed with a shot-clock violation — its second consecutive turnover — and then missed four straight field-goal attempts before Nate Laszewski made a layup with 7 seconds left to make it 76-73.

Mintz, who finished with eight assists, made 4 of 4 from the free-throw line in the final 20 seconds.

Wertz and Hammond each hit four of the Fighting Irish's season-high 15 3-pointers.

Syracuse plays Monday at No. 16 Miami.