Hundreds of Bassett Healthcare Network caregivers and practitioners gathered at noon on Monday to observe a moment of silence and mourn a recent tragedy in Tulsa, Oklahoma. 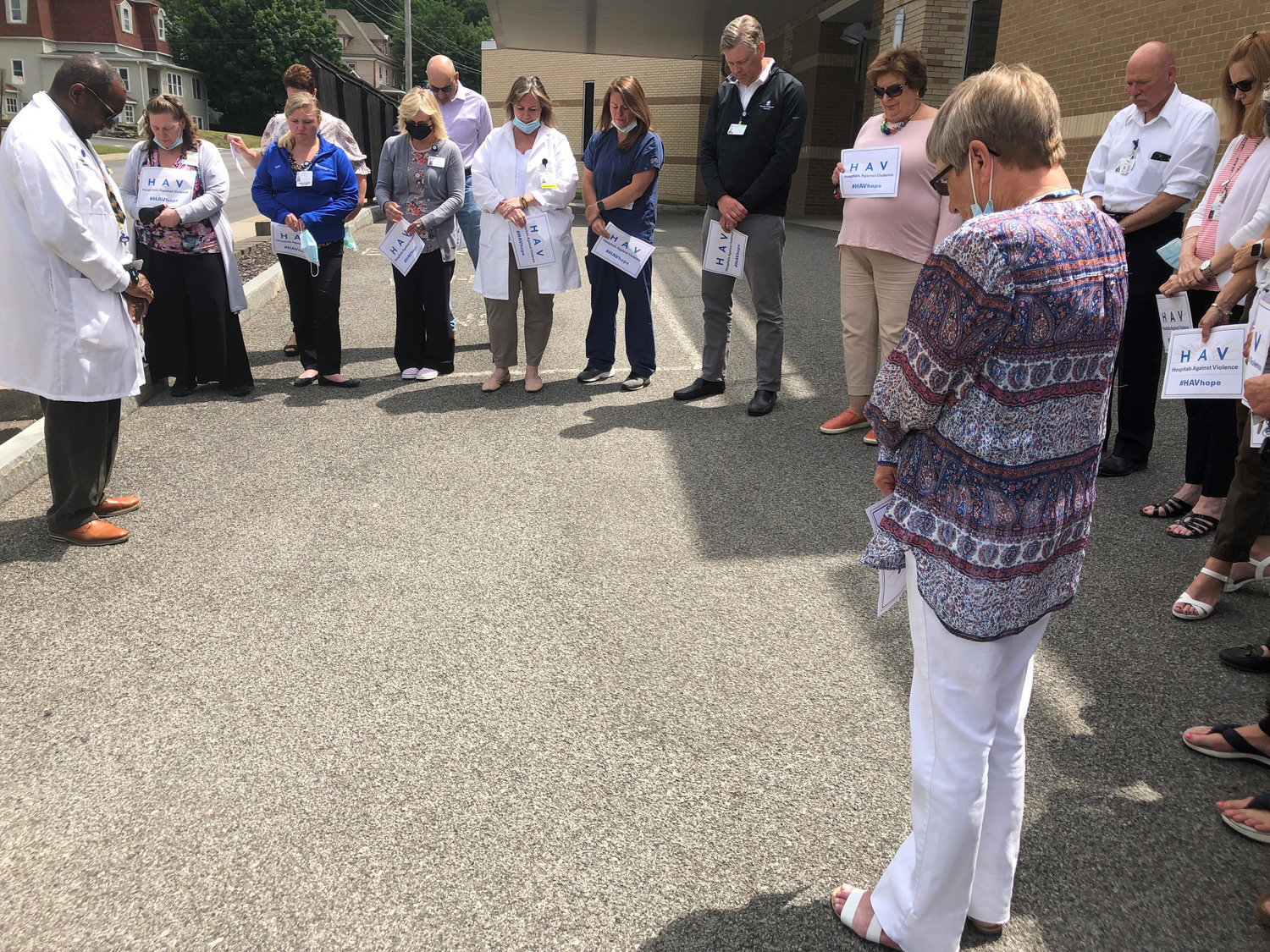 Employees gather for a moment of silence at Bassett Medical Center, A.O. Fox Hospital, and Little Falls Hospital, among other locations.
(Photo submitted) 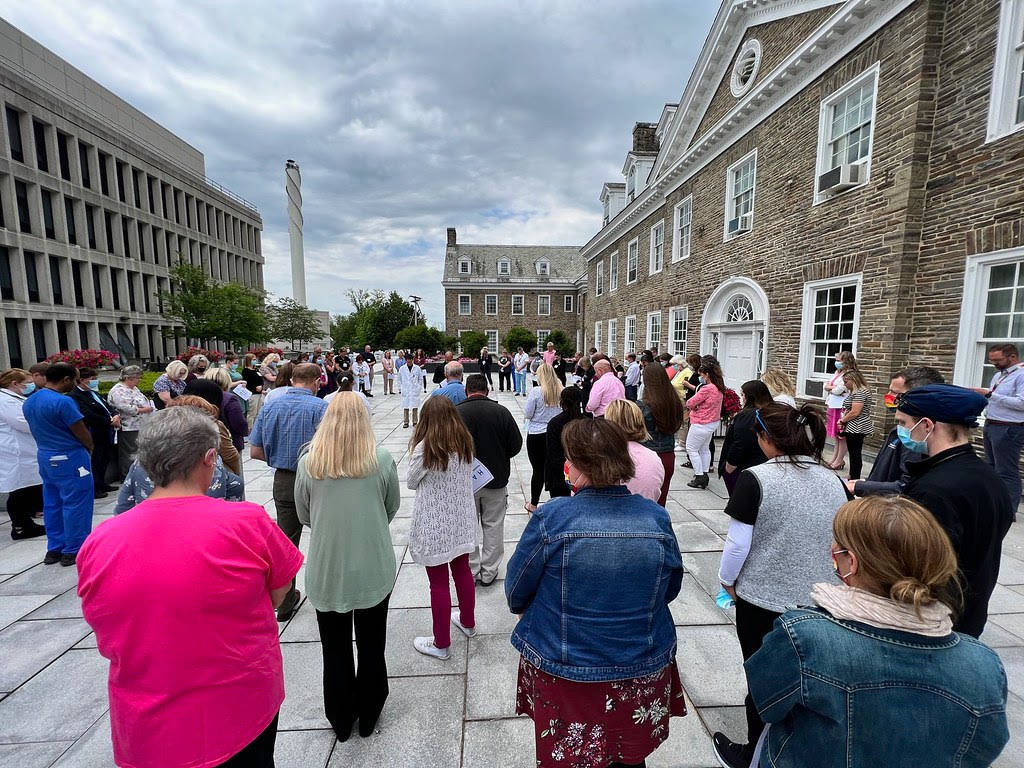 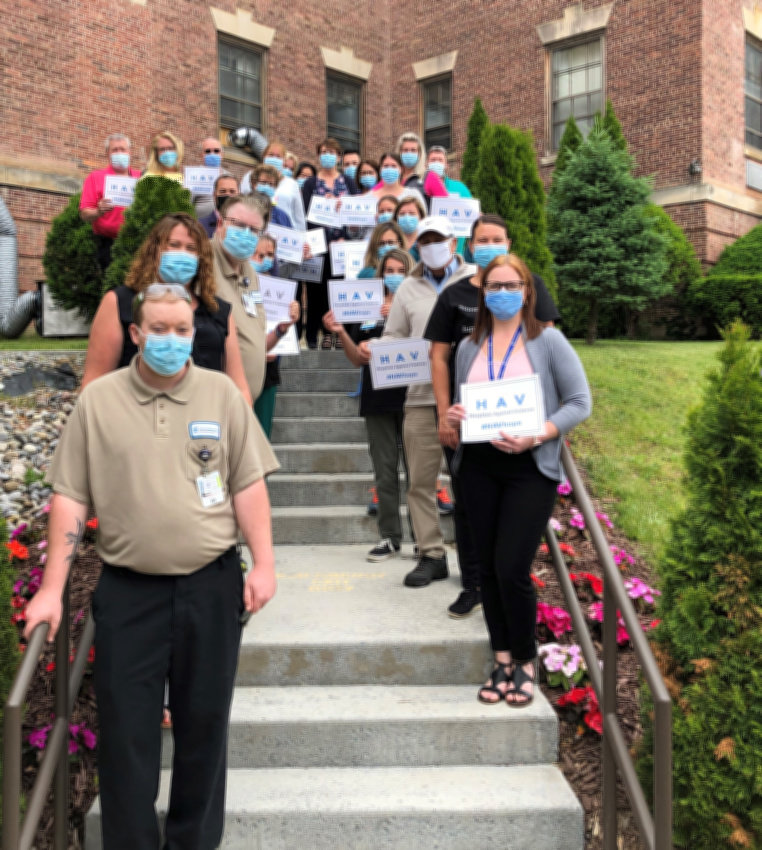 COOPERSTOWN — Hundreds of Bassett Healthcare Network caregivers and practitioners gathered at noon on Monday to observe a moment of silence and mourn a recent tragedy in Tulsa, Oklahoma, as well as all instances of recent violence around the country.

Large groups gathered outside hospitals and long-term care facilities across the network, some carrying signs of support. Other staff, working at Bassett community health centers or school-based health centers, or unable to step away from their patients, gathered in smaller groups when their schedules allowed.

“This moment of silence was a time for us to stand together as one against hospital violence,” says Dr. Tommy Ibrahim, president and CEO of Bassett Healthcare Network. “Even more importantly, this was a time to stand in solidarity with one another, with our colleagues in Tulsa, and with our wider communities.”

The mass shootings of the last month have affected many Americans, and the violence in Tulsa was especially poignant for health care workers. Many of Bassett’s caregivers at Monday’s event wore pink – the color of Tulsa’s Saint Francis Health System – to show support for their colleagues in Oklahoma.

The network plans to send pictures of the event, along with a message of support, to Tulsa this week.

“Gathering in solidarity can offer hope and healing,” says Gerald Paciello, manager of spiritual care at Bassett Medical Center. “It was heartening to see how many members of the Bassett family were able to come together in this unified effort across so many miles today to demonstrate our commitment to the safety of our patients, communities, and each other.”

In addition to mourning the nation’s recent shootings, Monday’s event was an observation of the Hospitals Against Violence movement launched by the American Hospital Association (AHA) on June 3. Health systems across the country – including Bassett Healthcare Network – have seen a sharp increase in rates of physical, verbal, and sexual assault against health care workers at their facilities.

Bassett launched its own awareness campaign this past spring. Social media, newspaper, and billboard ads featuring photos of Bassett nurses declare “Assaulting me is not OK” and remind patients that violence towards hospital staff can result in removal from medical facilities and criminal prosecution.

“Our caregivers and practitioners give so much of themselves for their patients and our community,” says Ibrahim.

“They deserve a workplace free from violence and abuse. We are committed to providing that to them.”