Jugglers cruise past VVS The Notre Dame girls basketball team outscored visiting Vernon-Verona-Sherrill 26-1 in the first quarter in a 71-20 home win in the Tri-Valley League Sunday. 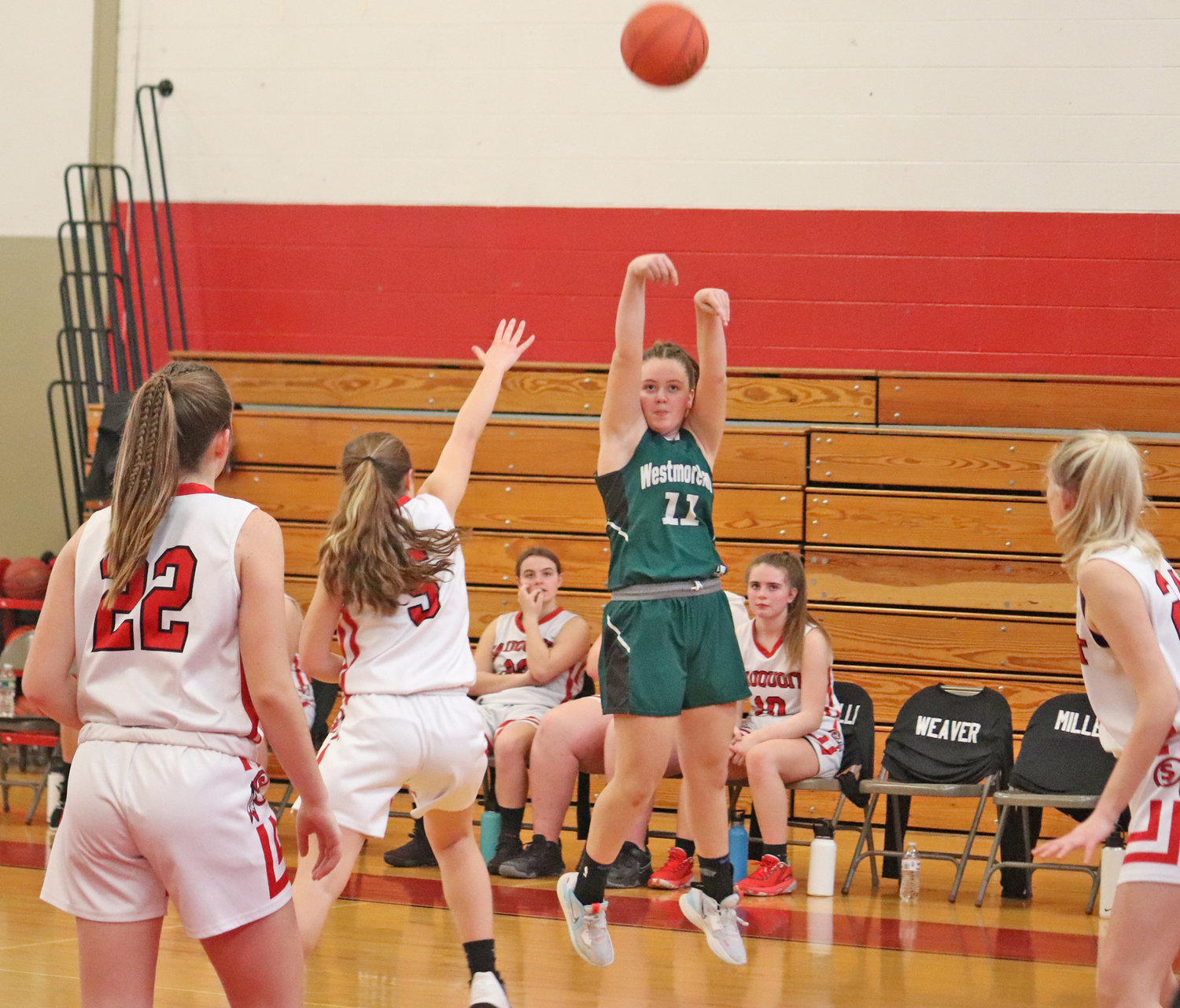 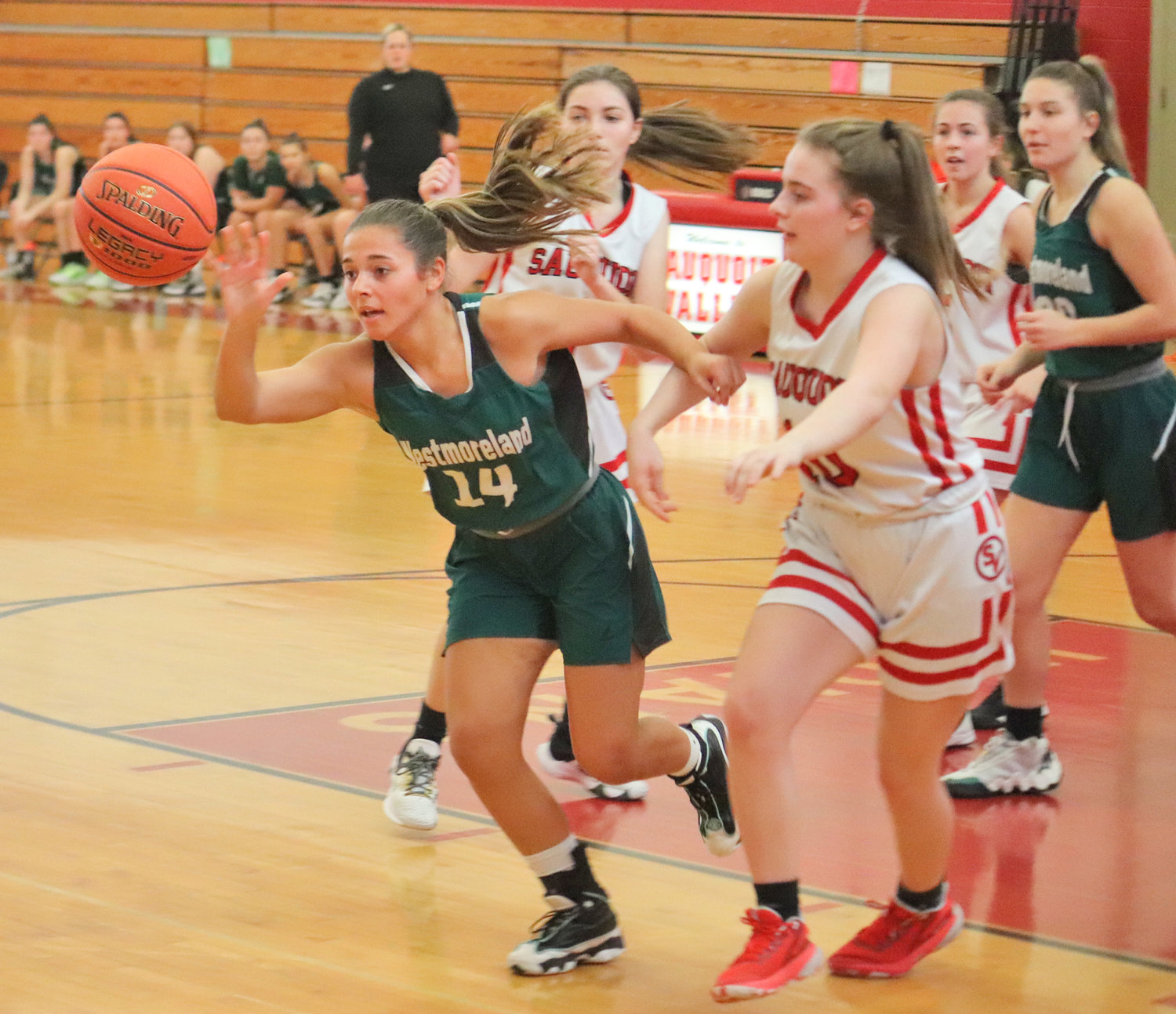 Westmoreland's Olivia Moore reaches out for the ball with Sauquoit's Allison Crandall at right in a Center State Conference game Saturday in Sauquoit. Westmoreland won 45-34.
(Photo courtesy of Gary Dillon) 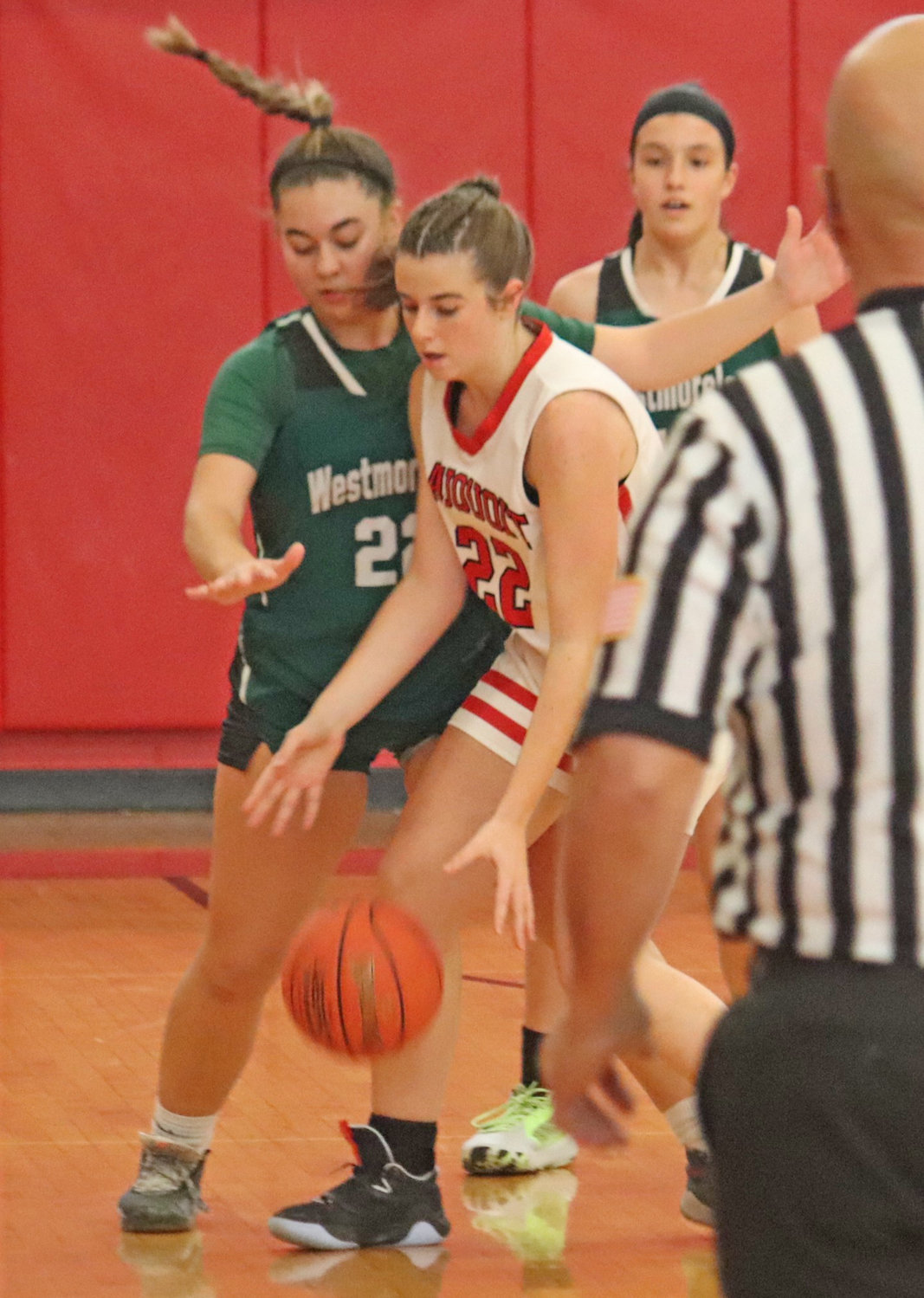 The Notre Dame girls basketball team outscored visiting Vernon-Verona-Sherrill 26-1 in the first quarter in a 71-20 home win in the Tri-Valley League Sunday.

Statistics for Westmoreland were not submitted.

Sauquoit (0-14) was at Mount Markham Monday. Results were not available at press time.

RFA gets by New Hartford

Rome Free Academy grabbed an early lead and kept adding to it in a 69-47 win against Tri-Valley League foe New Hartford Friday at home.

The Black Knights led 17-8 after a quarter and 33-16 at the half. Amya McLeod led RFA with 22 points. Mia Mirabellis added 16 and Emma Wright scored nine.

Emilee Clarey led the Spartans with 17 points and Ava Brazier had 11.

The Oriskany girls basketball team got a one-point win at home over Sackets Harbor Friday, 43-42, in non-league play.

For Sackets Harbor Peyton Britton led the way with 22 and Lily Green added 18 points, accounting for 40 of the team’s 42 points.

Szarek scored 10 in the first to stake her team to a 21-7 lead. Oneida got scoring from 12 different players.

Waterville wins by one

Natalie Collins scored on a drive to the basket with 11 seconds left to lead Waterville to a 41-40 victory over Sherburne-Earlville at home in the Center State Saturday.

Collins led Waterville with 17 points and 11 rebounds. Valorie Ford had her second straight double-double with 15 points and 16 rebounds.

Clinton’s Tega Igho scored 40 in a 79-47 boys basketball win over Westmoreland on the road in the Center State Friday.

Igho hit 17 field goals, only one of which was a three-pointer. His teammates, Maliki Suggs and Patrick Ward, scored 11 and 10 points, respectively.

Westmoreland (2-12) plays at Waterville at 7 tonight in the league.

The RFA boys basketball team defeated New Hartford in the TVL Saturday then dropped a non-league game against Albany Academy Sunday to split a pair of weekend road games.

Guards Surafia Norries and Uzziah Grimes scored 29 and 27, respectively, for the Black Knights Saturday in a 81-72. Deandre Neal added 11.

New Hartford led 26-17 after a quarter but RFA cut the lead to four points at the half. The Knights came out on fire in the third quarter, outscoring the Spartans 29-11, including 16 from Grimes that included four three-pointers.

New Hartford’s Zach Philipkoski and Jameson Stockwell had 25 points each.

On Sunday, RFA fell 66-59. The Knights led early, 16-13 after a quarter and 34-28 at the half. But Albany outscored them 17-12 coming out of the break to cut the lead to one then kept up the pressure in the fourth by outscoring RFA by eight there.

Grimes led RFA with 21 points and Norries had 17.

Albany’s Robert Chandler had 21 points and teammates Arthur Foster and Cyrus Matia had 10 each.

The Spartans led by one after a quarter then stretched it to a 24-19 halftime lead.