On the edge of this small town in the Mohawk Valley is the final resting place of an under-appreciated baseball trailblazer. 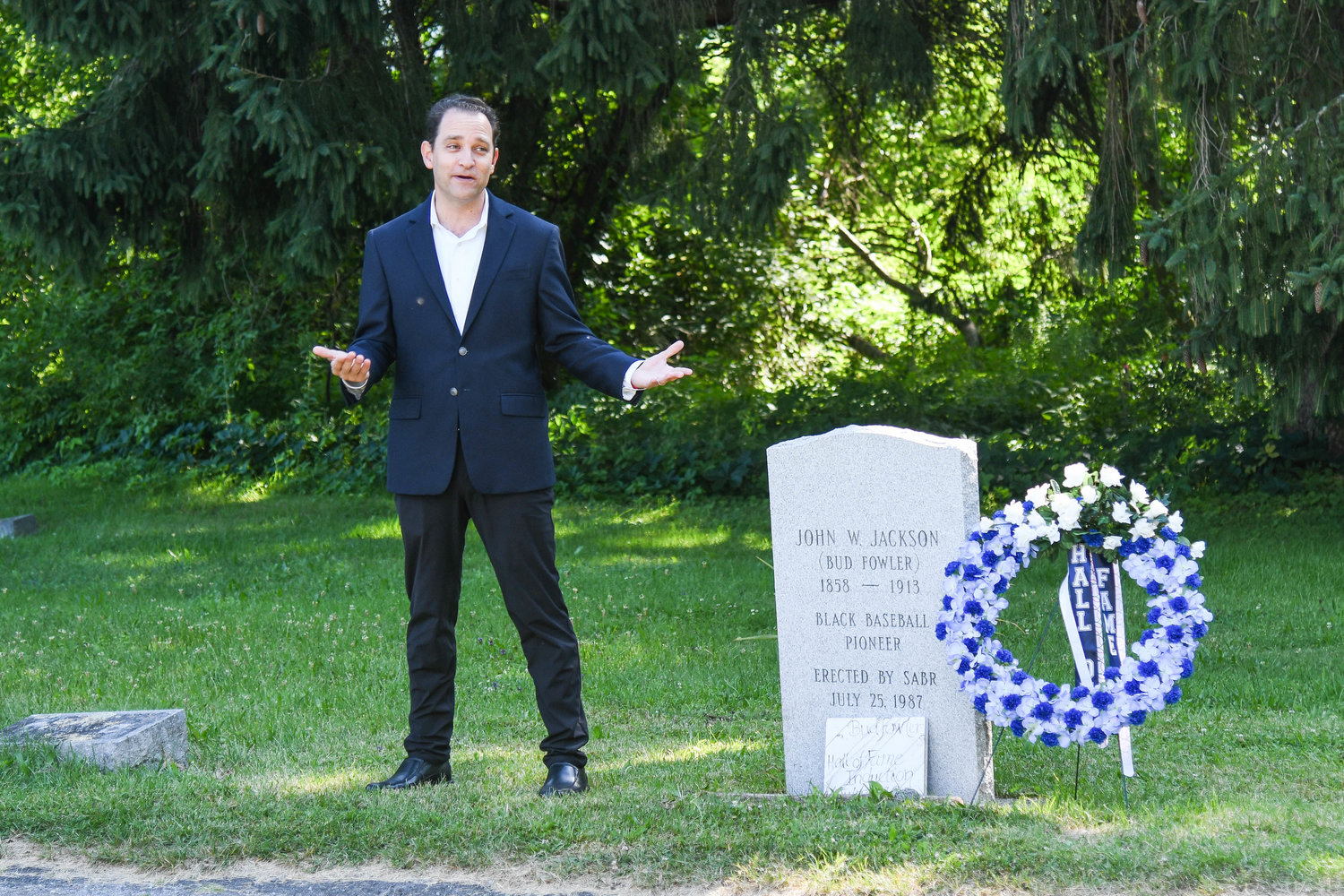 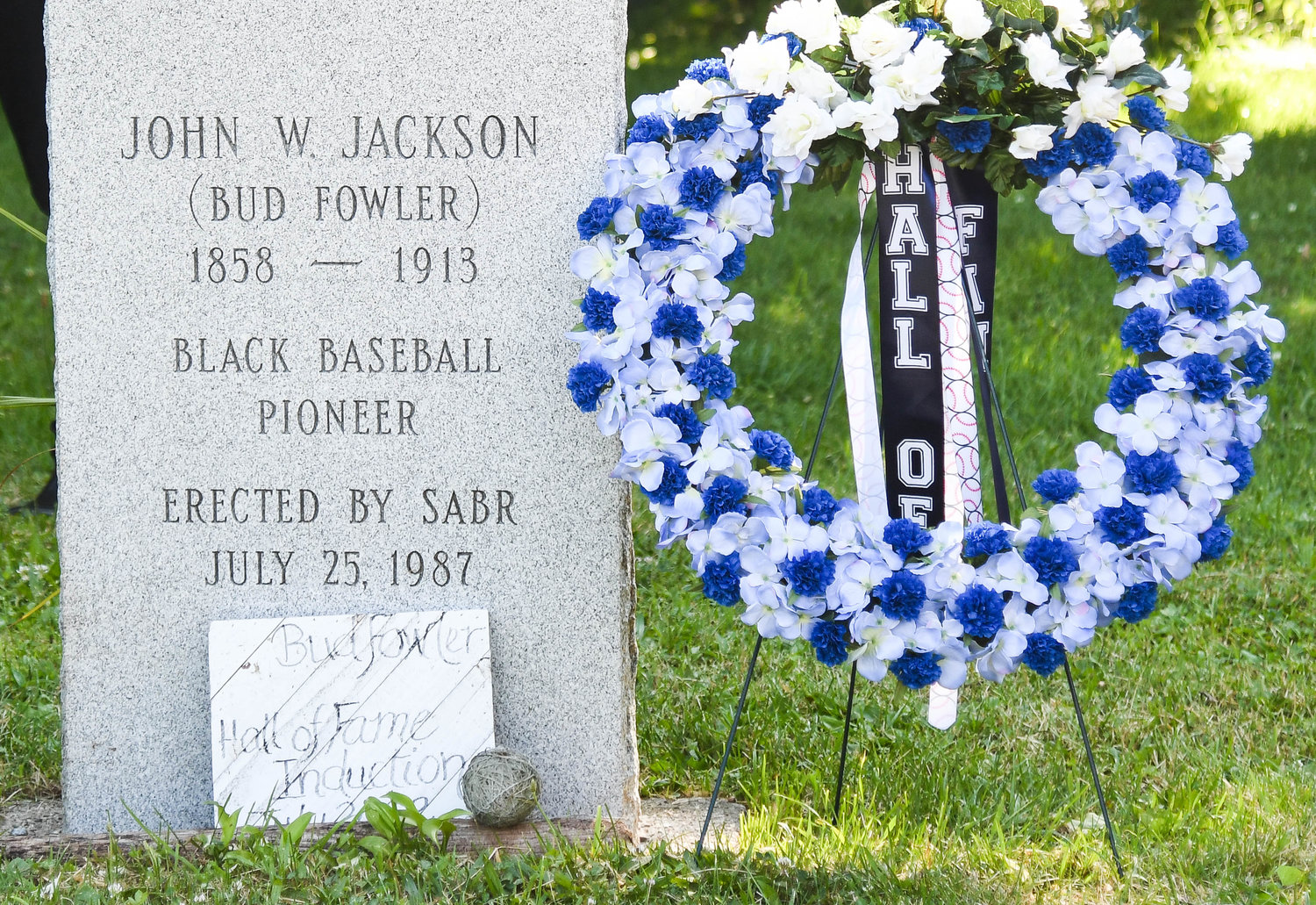 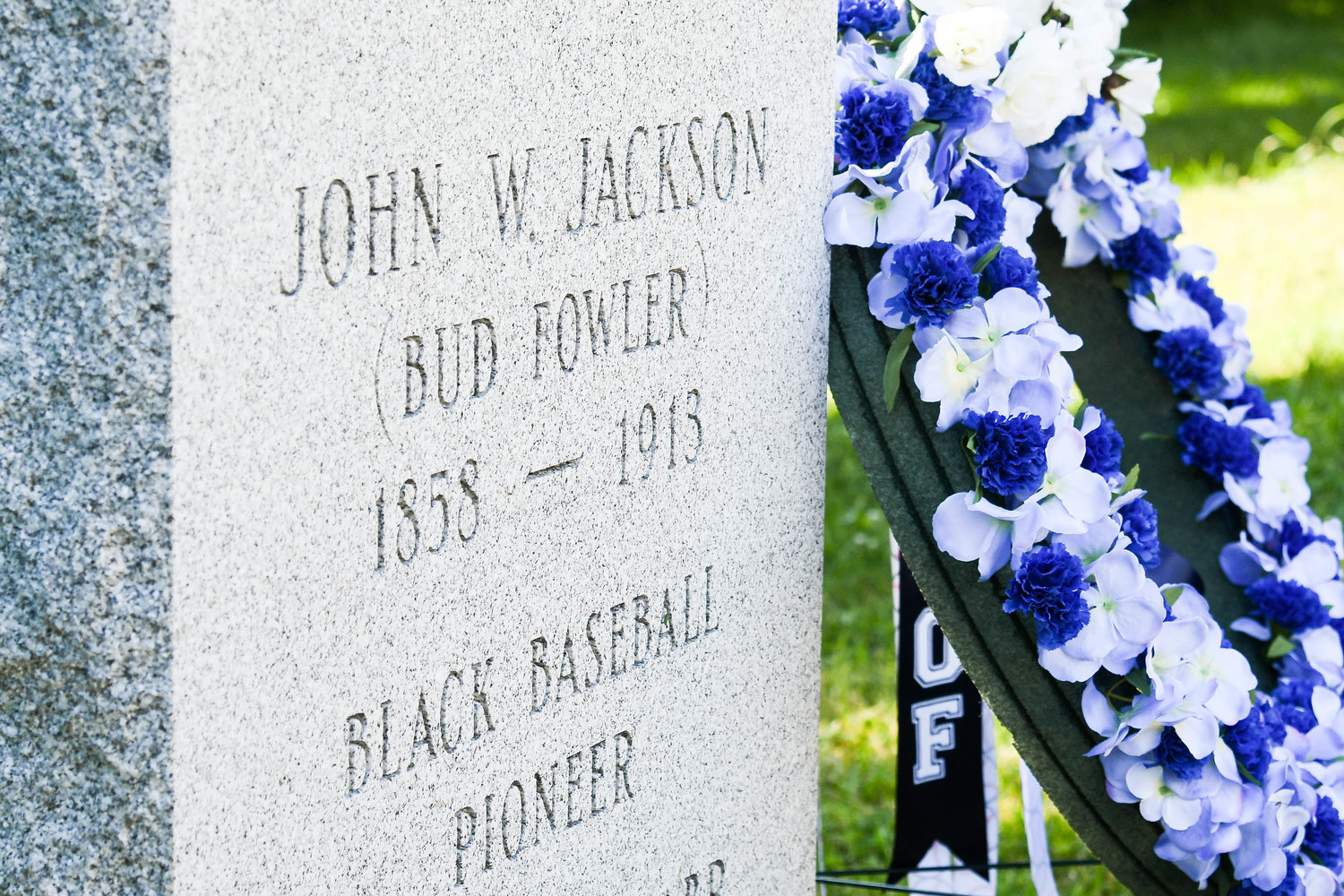 FRANKFORT — On the edge of this small town in the Mohawk Valley is the final resting place of an under-appreciated baseball trailblazer.

Take a turn from the aptly named Cemetery Street and travel a few hundred feet down a low-maintenance road into Oakview Cemetery and visitors can find modern-style gray headstone with a caption that reads: “Black Baseball Pioneer.”

It is an indication you’ve found a memorial for John W. Jackson Jr., who is better known as “Bud Fowler” to the uninitiated baseball fan.

He was born in nearby Fort Plain on March 16, 1858, and his family moved to Cooperstown when he was a child before he went on to make his pro debut in 1878 in the International Association and an impressive career in the sport. He died at age 54 in 1913 in Frankfort, according to reports.

Believed to be the first Black player to play pro baseball, Fowler is set to earn more recognition Sunday, July 24, when he is inducted into the National Baseball Hall of Fame and Museum and gets a bronze plaque in Cooperstown. There is currently an exhibit for Fowler set up at the Hall of Fame.

“This was a man who was an incredible baseball player who let his love of the game perserve through the worst circumstances of racism and those who wouldn’t let him play with them. It never stopped him. He continued to be passionate about the game,” said National Baseball Hall of Fame President Josh Rawitch, who was among a few local officials at Wednesday’s event. “I just think that it took 109 years, but he’s finally going to be seen as one of baseball’s immortals. It is a really cool thing. I think it will allow people to continue to learn about him. It is about preserving history, honoring excellence and connecting generations. He does all of those things.”

Fowler and the legendary Buck O’Neil were elected to the Hall of Fame last December by the Early Baseball Era Committee. Rawitch also pointed out Fowler is being inducted at the same time as other players of color such as David Ortiz, Tony Olivia and Minnie Miñoso. In total, seven people are being inducted. Hall of Famer Dave Winfield is set to give a speech about Fowler at the induction ceremony.

“You think about somebody who walked the streets of Cooperstown and walked past the area where the Hall is now and it didn’t exist back then, to imagine being enshrined in a place like that is really all the validation that Bud Fowler would need for what he did throughout his life,” Rawitch said.

Fowler’s accomplishments over his two decades in baseball while playing as a second baseman and pitcher for both Black and integrated teams had largely faded compared to many other players of his era. Fowler often faced backlash while playing due to the color of his skin, according to a number of reports.

“If you think of somebody like Bud Fowler who obviously couldn’t enjoy the popularity that (Ortiz) did because of the color of his skin, it is disheartening the world was the way it was when Bud was playing,” Rawitch said. “I think in some ways if he knew now that David truly was one of the most popular players in the game and that is personality was a positive thing, that his joy and energy for the game, it is a cool link when you go from Bud Fowler to David Ortiz and all these incredible players in between who are getting inducted at the same time.”

According to reports, when Fowler died in 1913, his sister couldn’t afford a gravestone and he was buried without something marking the spot.

It wasn’t until 1987 that the Society for American Baseball Research (SABR) erected a headstone for Fowler. Rawitch pointed out O’Neil was present for the ceremony in 1987, which gave him goosebumps to think about.

Notably, the village of Cooperstown renamed a street Bud Fowler Way at the entrance to Doubleday Field in 2013. The Cooperstown High School baseball team also wore nameplates with “Fowler” on their jerseys the same year.

“We know that Bud did not get the recognition he deserved when he was a player,” Herkimer County Historical Society Executive Director Cassie Castle said. “I’m happy to see him getting the recognition now.”