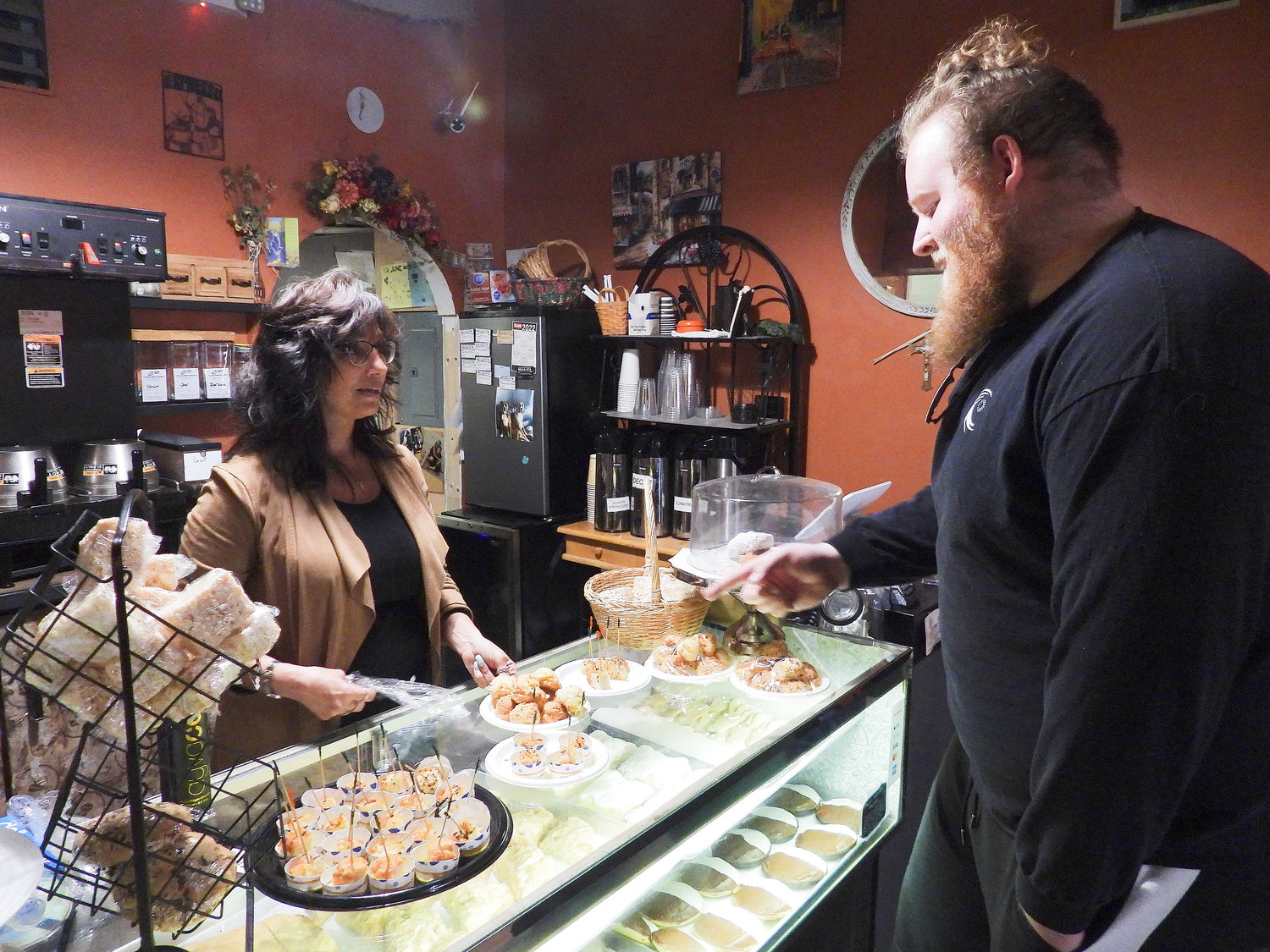 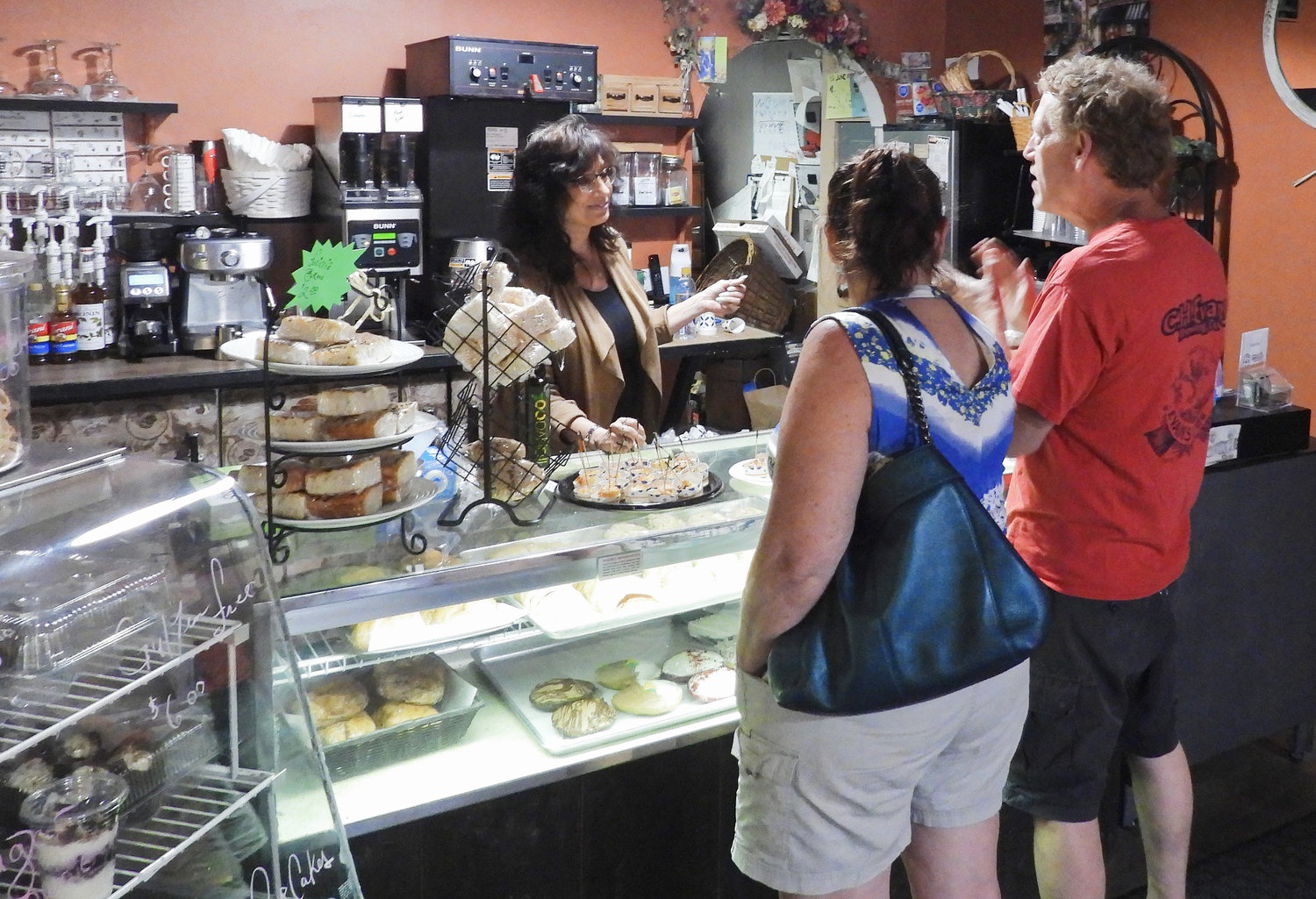 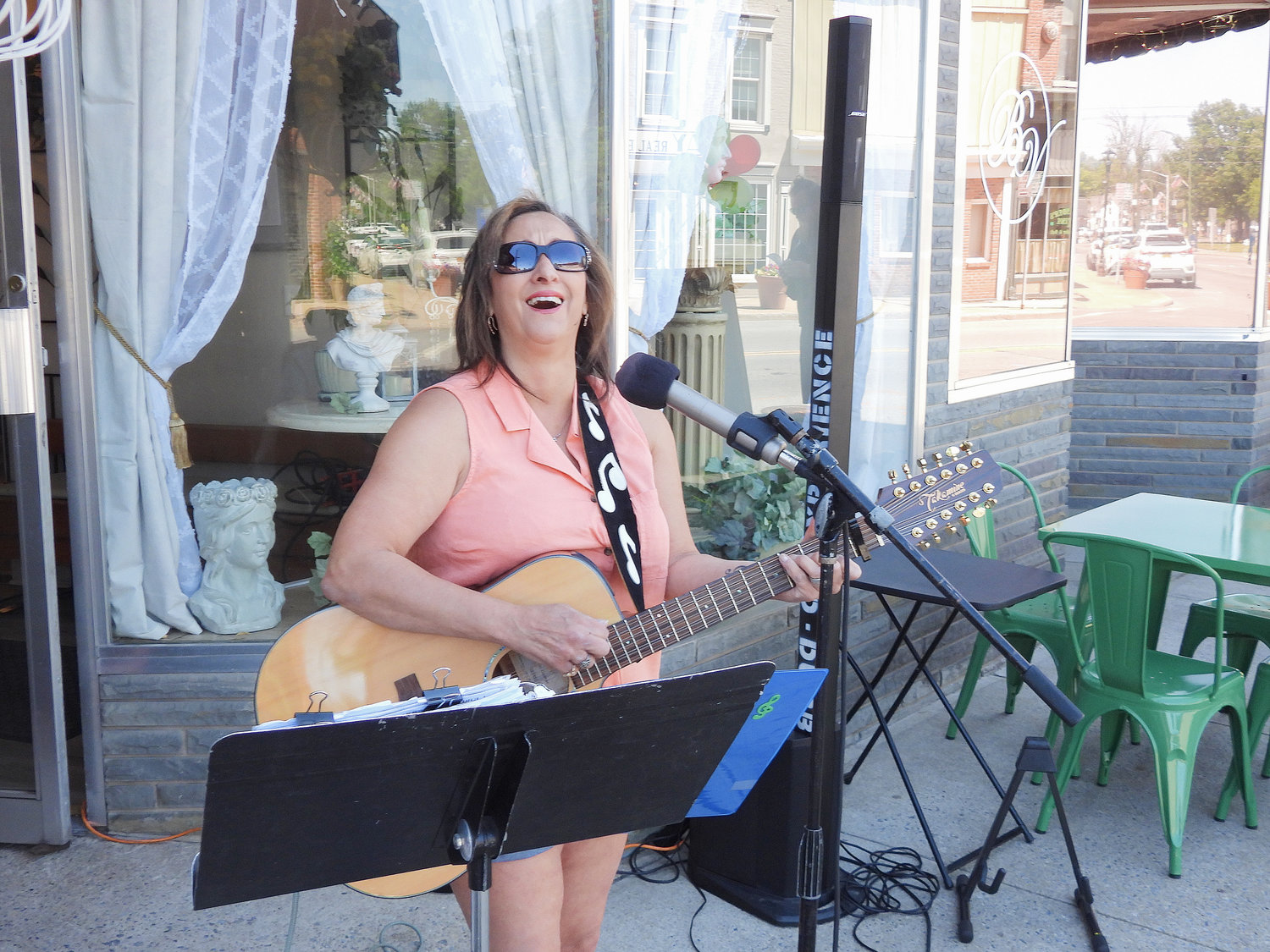 Local musician Ann Wieder plays outside Bella Vita Cafe, singing a variety of songs to the delight of visitors and passerbys.
(Sentinel Photo by Charles Pritchard) 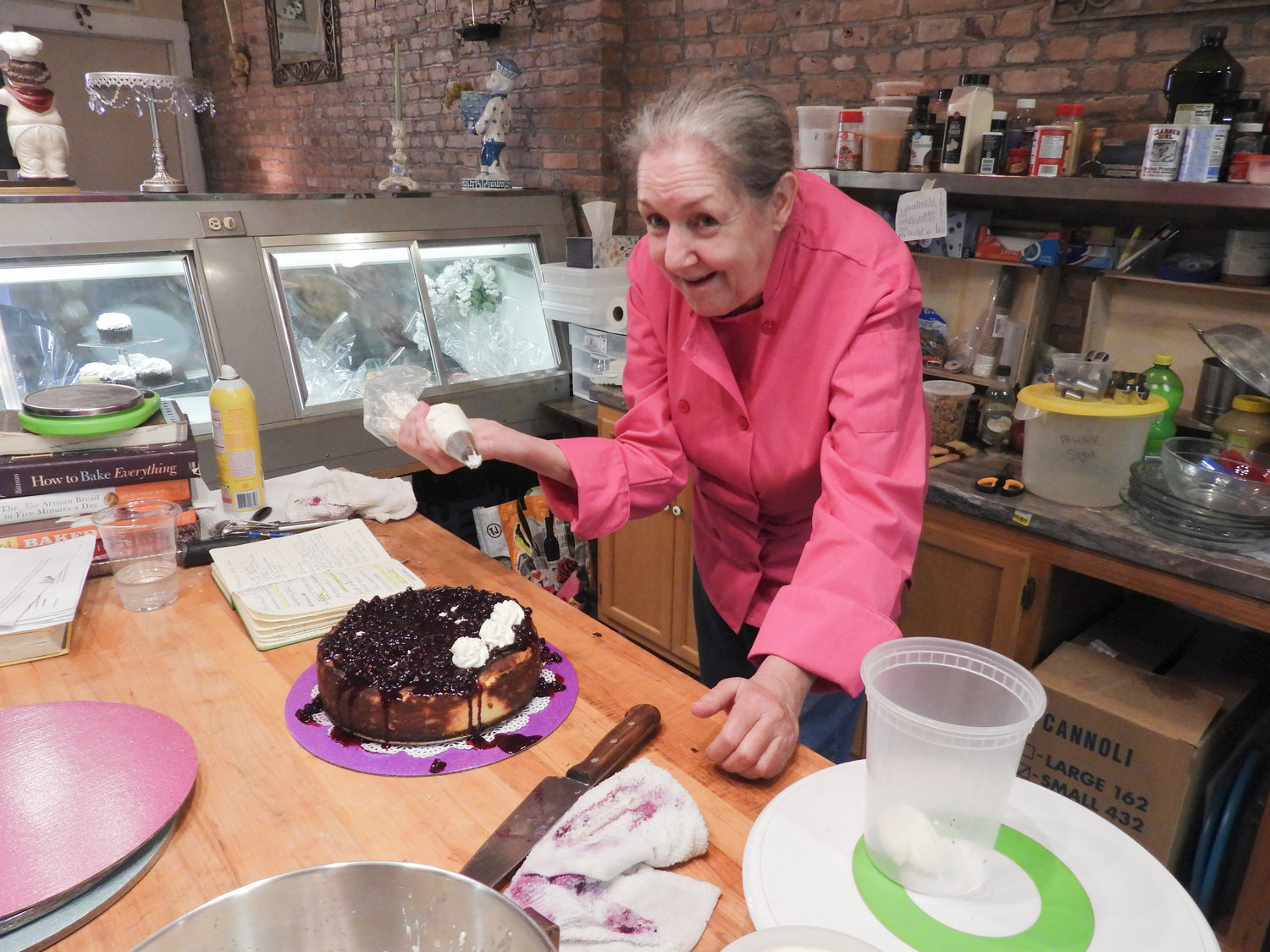 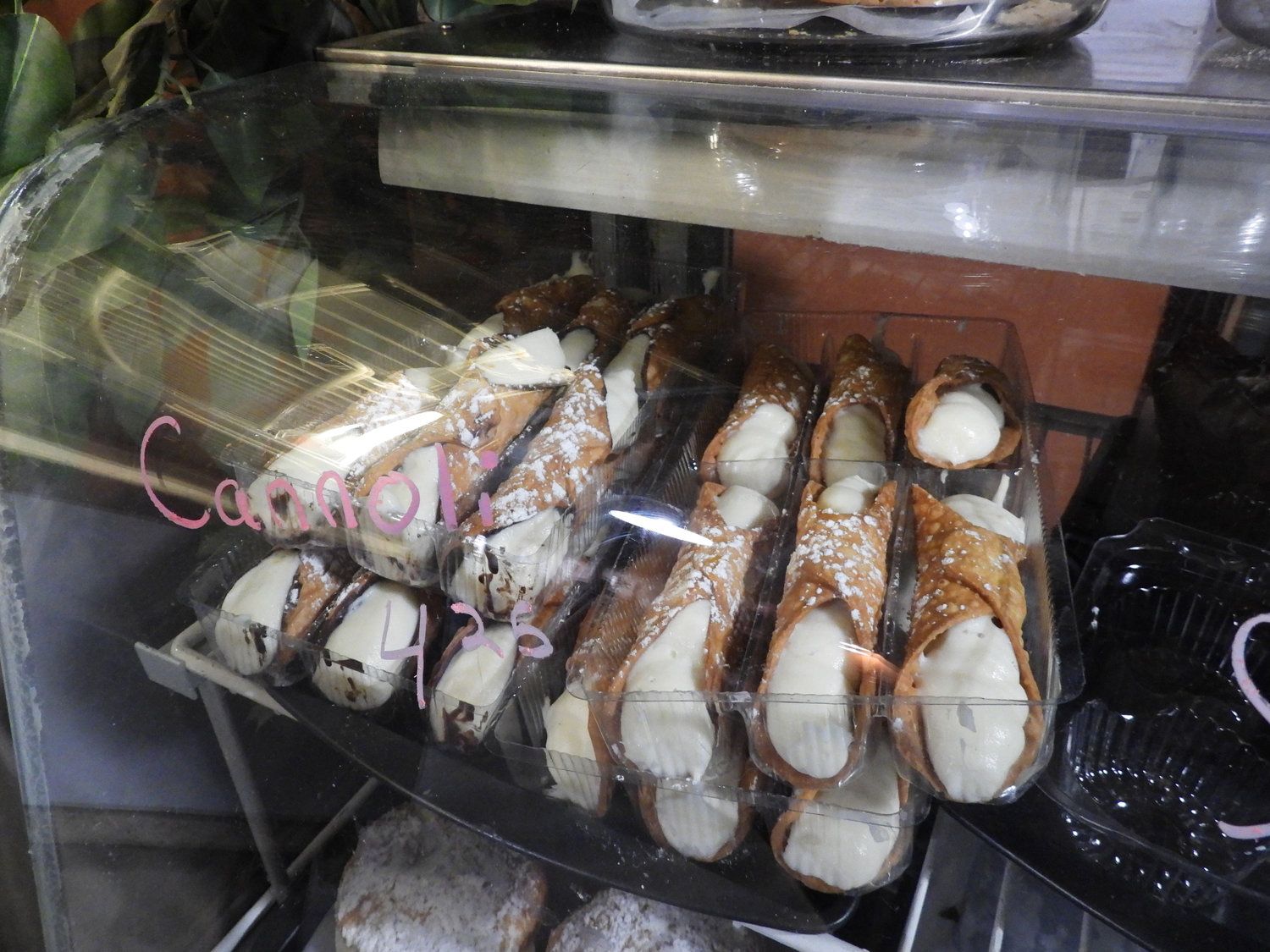 Fresh-made cannolis are just one of the many treats for sale at Bella Vita Cafe, made in the Cafe's recent bakery addition.
(Sentinel Photo by Charles Pritchard)
Previous Next
Posted Wednesday, June 8, 2022 7:20 am
Charles Pritchard
Staff writer
email / twitter

Bella Vita owner Lori Seef welcomed customers and showed them the new bakery at 115 Main St. on Sunday, offering fresh-baked focaccia bread, scones, and cannolis. Local musician Ann Wieder sang and played guitar in front of the store, much to the delight of visitors.

Seef said a lot of work was done on the property that would become the bakery addition next door.

“When you first walked in, it was all low ceiling and brown board,” Seef said. “And the walls were pink, blue, green, and bright yellow. At one point in time, the property was a beauty shop before Hinman’s Jewelers took over and made it into a gift shop. And then it became a salon, specializing in eyebrows and eyelashes.”

Seef acquired the property and invested in it, completely transforming it into a cozy bakery where all sorts of fresh treats are on the menu.

“We’ve made pepperoni rolls for the opening, bacon and ham scones, and homemade cannolis,” Seef said.

One of the many customers visiting that day was a regular. Austin Thomas runs the Metro by T-Mobile store just next door and has been regularly dropping by Bella Vita for weeks.

“I stop by whenever I can, but Lori is always visiting and dropping off things for me,” he said. Thomas had nothing but praise when asked about the bacon and ham scones he sampled. “They were amazing. The middle of it had melted cheese, and it was just great. I’m going to be recommending them and Bella Vita to everyone I can.”

Working in the bakery is Michelle French, who moved
to Oneida about five years ago. French has worked at many different places as a baker, including the Turning Stone Casino, the Brewster Inn at Cazenovia, the Horned Dorset Inn in Leonardsville, and Vernon Downs.

As head baker, it’s French’s job to keep Bella Vita stocked with all manner of bread and confections. She’s most excited to get her cream puffs out to customers, but French said she loved baking pies and quiches. Cakes are slightly new to her, and she hasn’t decorated them before, but French said she’s learning. “I’ve jumped around, but I’ve learned something new every time,” French said. “I never stop learning.”

French’s first blueberry cheesecake was finished when the doors were opened, and more than a few people were struck by how good it looked.

And with a positive outlook for the future and a new bakery calling downtown Oneida home next to a well-frequented cafe, Seef is excited about the future.

“I’m really thankful for my husband, George,” Seef said. “He made this, Bella Vita, my dream come true.”