MARCY — Patrick Baker has earned a promotion in the SUNY Poly athletics department in Marcy. Baker has been promoted to Assistant Athletic Director for Sports Communications and Marketing. 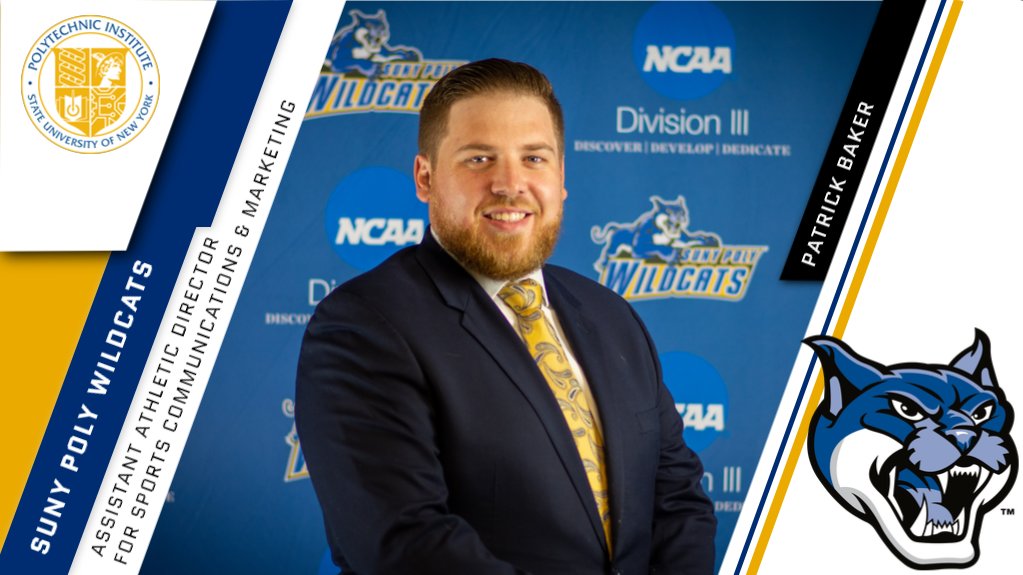 MARCY — Patrick Baker has earned a promotion in the SUNY Poly athletics department in Marcy.

Baker has been promoted to Assistant Athletic Director for Sports Communications and Marketing. Baker has served as SUNY Poly’s Sports Information Director for seven years and was the baseball team’s head coach from 2020 until this year.

“I have so much love and respect for this program,” Baker said in a news release. “This place has been my home since I first stepped on campus in 2008 as a student-athlete. I was blessed to get my professional start here at SUNY Poly. Now, with this promotion, I have the opportunity to continue to help build our program up, making it even better for the next generation of Wildcat student-athletes. I would also like to thank Kevin Grimmer who took a chance on me back in 2015, and my mentor Kevin Edick who helped me get my foot in the door as an assistant coach in 2013. Without them and the opportunities that they afforded me, I doubt that I would be where I am today.”

One of Baker’s first tasks after joining the school was the department’s rebranding effort following the name change to SUNY Poly in 2015, according to a news release. This rebranding led to a complete redesign of the Department’s website in 2016. Baker spearheaded the department’s first-ever live-streaming project in 2016. He led the effort in contract negotiations, portal design, and service implementation.

In his new role, Baker will head an expanded athletic communications team at SUNY Poly. The team “will continue to manage all aspects of sports communications, budgeting, game statistics, web presence, social media, and live content production,” according to a release.

Baker’s new role will include expanded marketing, promotion, planning and coordination responsibilities. He will be tasked with “expanding the Wildcats’ community presence, raising the profile of SUNY Poly’s student-athletes, training and scheduling of athletic communications workers, and assisting with special events such as fundraisers and alumni events,” the release said.

“The landscape of higher education and the needs of collegiate athletics departments are changing,” SUNY Poly Athletic Director Megan Valentine said in a release. “It is essential for us to make adjustments to meet the needs of our student-athletes and our institution as a whole. Sports communications- from live streaming to social media and beyond- has experienced tremendous growth in the past 10 years. The way that people communicate and remain apprised of updates in athletics is different, and it’s important that we adapt to this. Patrick has done a great job with our sports communications and game day operations as Sports Information Director. I look forward to working with him in this restructured role to grow and enhance our marketing, branding, and promotion of SUNY Poly Athletics.”