The Utica Zoo is excited to be sharing the news — the birth of a female zebra. The Hartmann’s mountain zebra was born to Zecora on Saturday, July 30. 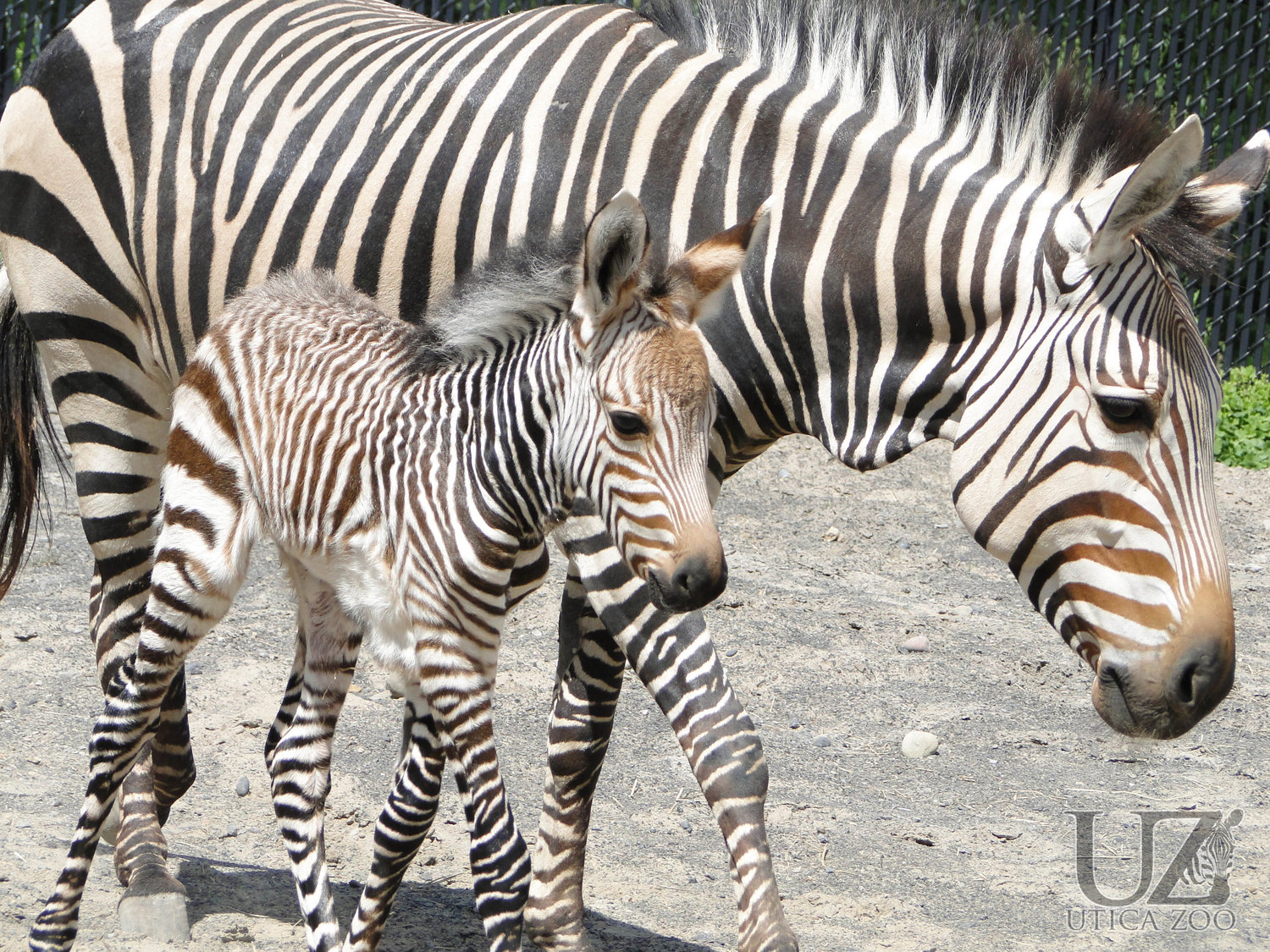 The newest addition to the Utica Zoo is a Hartmann’s mountain zebra, born to Zecora on July 30.
(Photo courtesy of The Utica Zoo)
Posted Saturday, August 13, 2022 7:09 am

UTICA — The Utica Zoo is excited to be sharing the news — the birth of a female zebra.

The Hartmann’s mountain zebra was born to Zecora on Saturday, July 30. Zecora had been with a male zebra at her previous zoo, where they suspected successful breeding occurred. As gestation for this species is 12 months, zoo animal care and veterinarian teams have been closely monitoring Zecora’s behavior and development over the past several weeks.

The birth of the foal occurred without any complications. The foal appeared very healthy and zoo officials say Zecora has been proving to be an amazing mother.

The average lifespan of a zebra is around 20 or more years. The oldest documented mountain zebra under human care was 29 years old.

The species is listed as Vulnerable on the IUCN Red List. Specific current numbers are not known in the wild, but there are currently only 75 Hartmann’s mountain zebras housed under human care in the United States.

Zecora and her daughter, who is not yet named, are not currently visible in the exhibit’s visitor viewing area. The mother and baby zebra are being allowed some close bonding time, undisturbed in their holding barn and yard off-exhibit.

“The birth of a baby zebra is always significant, more so due to the rarity of this subspecies in accredited North American zoos,” said Utica Zoo’s Deputy Director of Life Sciences Jay Pratte. “Zecora has been a staff favorite since her arrival last year and her caregivers could not be more excited about this event. Everyone has fallen in love with our new little girl, even if only from pictures. Once we are confident that the foal is strong and stable enough to navigate the large zebra habitat, we will be happy to share her with everyone.”

In preparation for Zecora’s arrival in 2021, a new barn and outside yards were built complete with enrichment/training areas and space for an expanding herd.

Additional renovations are planned for Rundue, the Hartmann’s mountain stallion who has a separate barn nearby in African Ridge.

Anyone interested in supporting this continued growth of the Utica Zoo may email a.heath@uticazoo.org or call 315-738-0472, ext. 41.