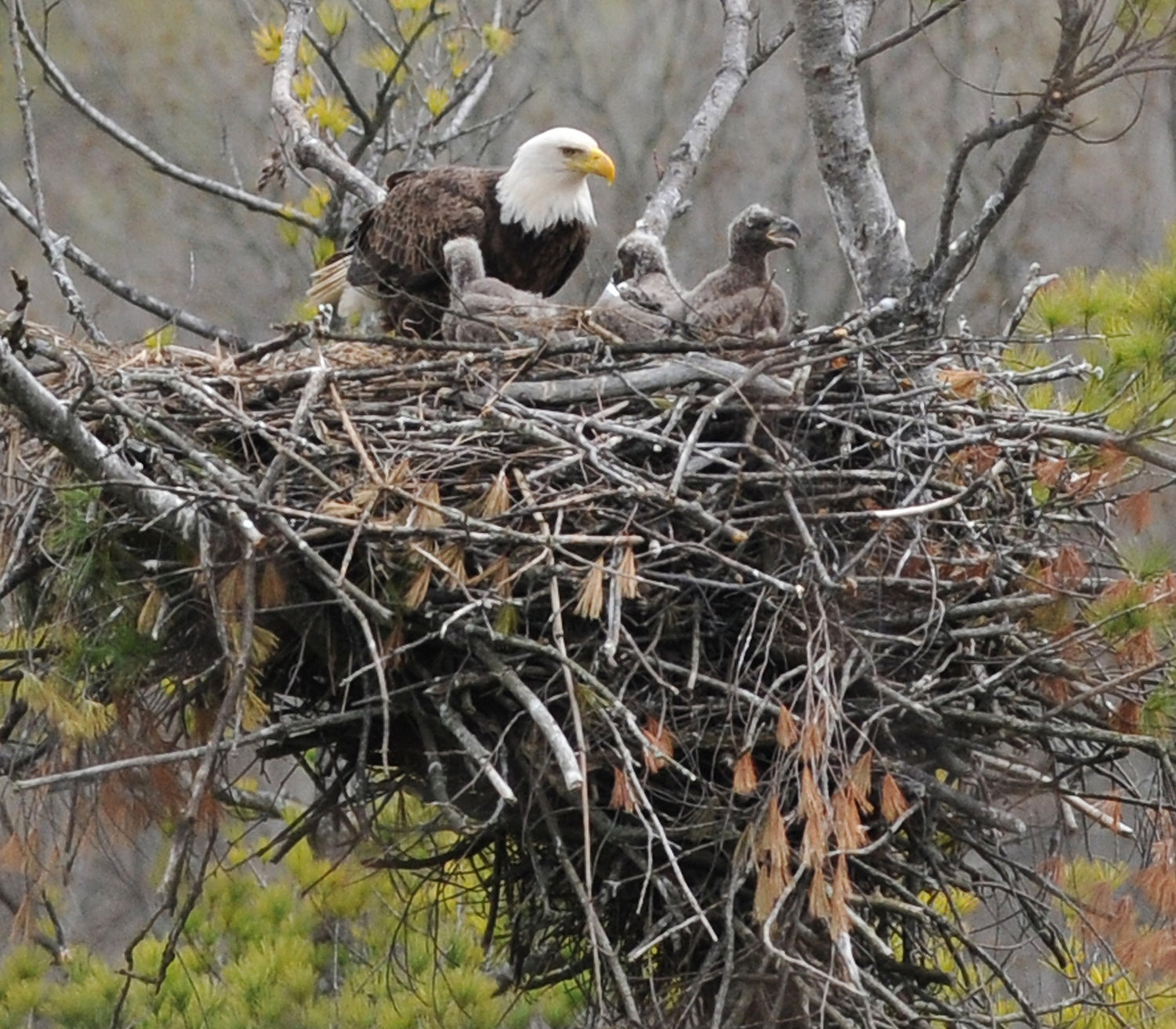 AVIAN FLU SPREADING — An adult bald eagle is shown with three eaglets in the nest in Floyd in this file photo. State Department of Environmental Conservation officials warn that the avian flu is spreading across much of New York among birds of prey, such as eagles, waterfowl and other bird species.
(Sentinel photo by John Clifford)
Megan Plete Postol
Staff writer
email

The Highly Pathogenic Avian Influenza (HPAI) virus has been detected in multiple wild bird species across New York, the Department of Environmental Conservation has announced.

While no known human infections have been documented in the United States at this time, according to the U.S. Centers for Disease Control and Prevention, the disease has spread among both domestic poultry and wild birds since it was found in a domestic flock in Suffolk County in February.

There are no documented cases of small songbirds affected by HPAI in New York or in other states across the nation. Confirmed wild bird infections are listed on the USDA website and on the U.S.

HPAI outbreaks in wild birds are often cyclical and tied to migration when birds are concentrated in large numbers. As birds spread out on the landscape during the nesting season, disease transmission is expected to decrease.

Individuals can help the state’s efforts by reporting any suspicious deaths of bird species listed above to their regional DEC office.

While uncommon, HPAI can be transmitted from bird to human. The risk of infection is low, but there are still a few things people can do to protect themselves. Wear gloves, masks, and eye protection while handling wild birds, particularly waterfowl, gulls, and raptors. Wash hands thoroughly after handling wild birds. Only harvest game that appears to be healthy. Cook all game meat an internal temperature of 165° F, which kills the virus.

More information can be found online at: https://www.aphis.usda.gov/aphis/ourfocus/animalhealth/animal-disease-information/avian/avian-influenza