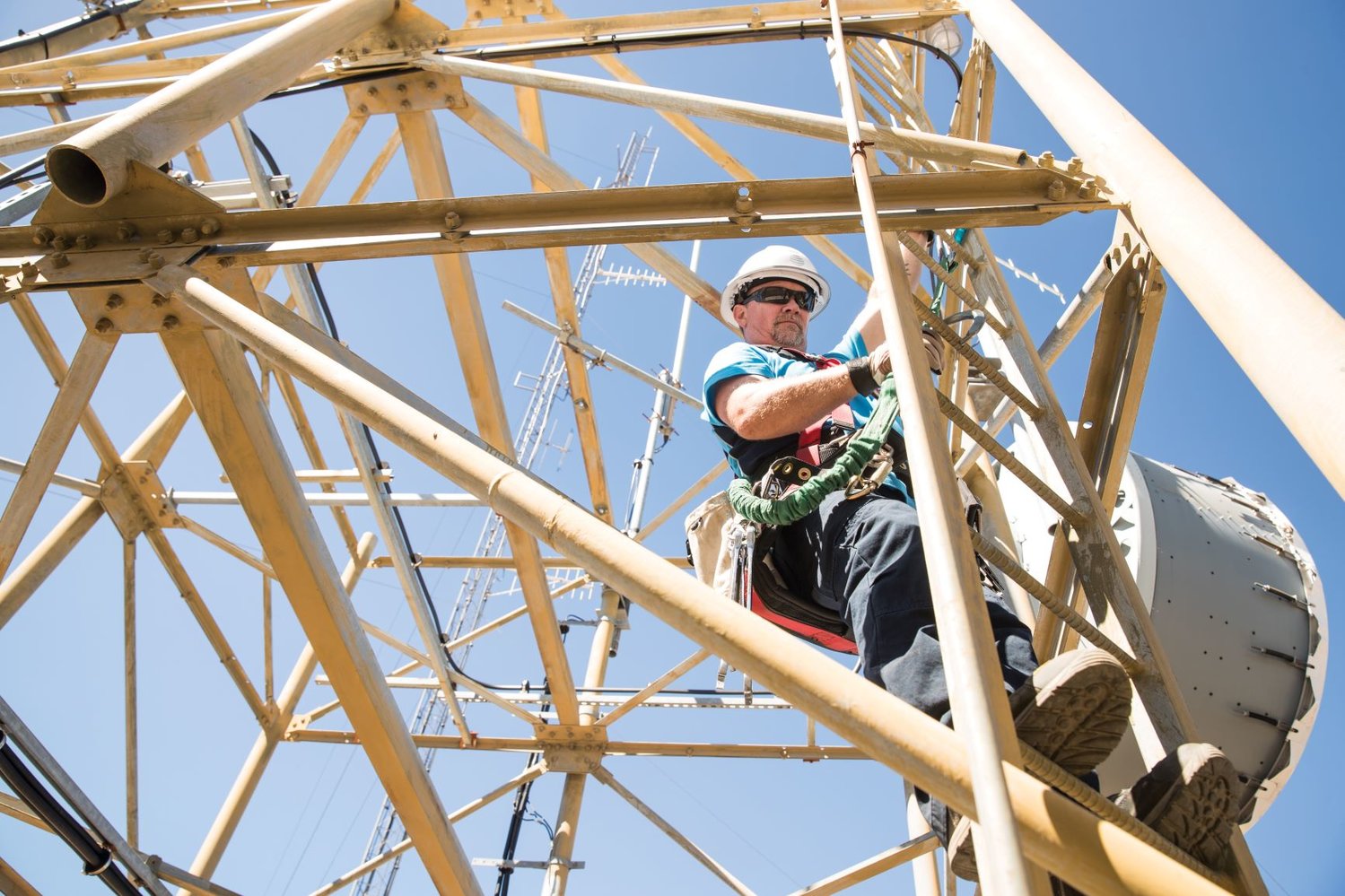 TOWERING PROJECT — A worker helps with the installation of an unspecified cell phone tower in this photo supplied by AT&T. The company has announced the installation of several new towers in Oneida County and one in Madison County.
(Photo submitted/AT&T)
Posted Friday, November 19, 2021 9:10 am

AT&T customers and FirstNet subscribers in Oneida and Madison Counties may have noticed a boost in wireless connectivity, with the company announcing the construction of four new cell sites in Oneida County and another in Madison County.

The new sites in Oneida County are designed to boost coverage, capacity and connectivity, the company said in an email. They are located in:

Lee Center — Serving the hamlets of Lee Center, Hawkins Corner, Point Rock and others all in Lee and on the north side of Rome;

New Hartford — Serving the Higby Road route between Valley View Road in Utica, through New Hartford, and into Herkimer County;

Oriskany — Serving Marcy, Oriskany and parts of Whitestown as well as Routes 49 and 69 and Route 291 to the north.

The new cell site in Madison County is designed to provide similar benefits:

Lakeport — Serving the areas around Canastota, Lakeport, the Route 31 corridor along the southern shoreline of Oneida Lake between Lakeport and the Route 13 intersection in South Bay and the eastern half of Oneida Lake.

The enhancements in both counties also bring Band 14 spectrum to the area, the AT&T announcement said. Band 14 is nationwide, high-quality spectrum set aside by the government specifically for FirstNet, which is a public safety network with access to always-on, 24-hours-a-day priority and preemption across voice and data.

“We look at Band 14 as public safety’s VIP lane,” the company announcement said. “In an emergency, this band – or lane – can be cleared and locked just for FirstNet subscribers. When not in use by FirstNet subscribers, AT&T customers can enjoy Band 14’s added coverage and capacity.”

From 2018 to 2020, AT&T said it has invested nearly $1.6 billion in its New York wireless and wired networks. These investments boost reliability, coverage, speed and overall performance for residents and their businesses.