Col. (Ret.) Benjamin Alvin Drew Jr. Drew was one of 17 chosen to train with the National Aeronautics and Space Administration in 2000... 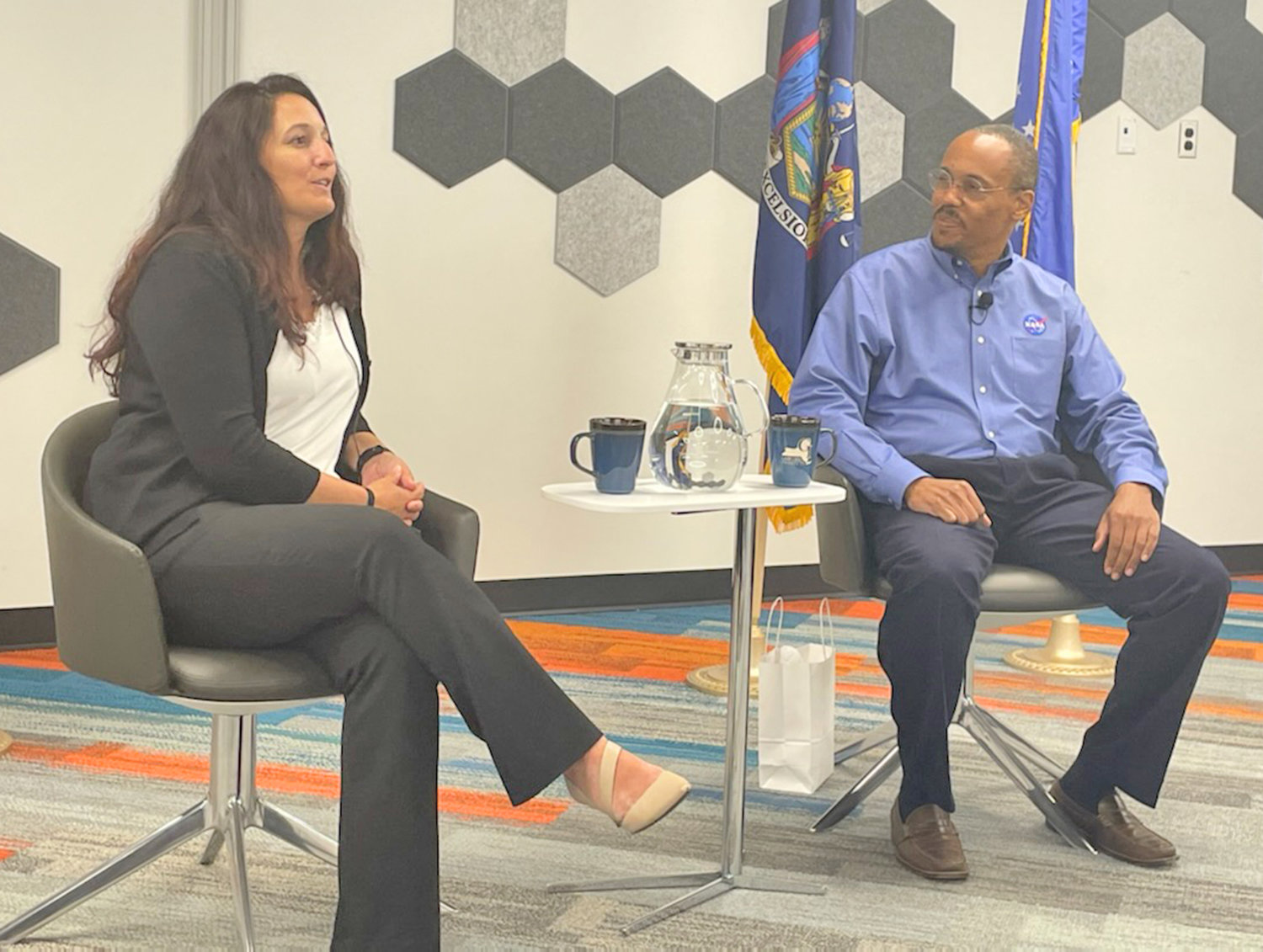 ROME — From serving in Air Force Special Operations to becoming the 200th person to walk in space, it can be said the accomplishments of Air Force Col. (Ret.) Benjamin Alvin Drew Jr. are “out of this world.”

Drew was one of 17 chosen to train with the National Aeronautics and Space Administration (NASA) in 2000 and, seven years later, was one of seven astronauts selected for the 119th space shuttle flight. The first visit to space for Drew — August 2007 — was the culmination of a childhood dream and a lifelong training regime that took him through the ranks of the United States Air Force to become a decorated pilot.

Drew is a mission specialist with NASA’s Astronaut Corps, which is responsible for operating the program’s three space shuttles and participation in the International Space Station. He completed two space flights and was the 200th person to walk in space. Born in Washington, D.C., Drew graduated from the United States Air Force Academy in 1984 with a bachelor of science degree in astronautical engineering and a bachelor of science degree in physics, and became a second lieutenant in the Air Force. He earned a helicopter qualification and his pilot wings in 1985 after completing Undergraduate Helicopter Pilot Training at Fort Rucker, Ala. His initial assignment was as a combat rescue helicopter pilot from 1985-87.

During Wednesday’s discussion, Drew was asked questions by students and Air Force Research Laboratory personnel, along with emcee, Innovare Community Manager-Griffiss Institute Melissa Tallman. Emphasizing it had been a lifelong dream for Drew to go up in space, he was asked what it was like to accomplish such a feat.

Drew explained he was only about 4 1/2 years-old when he expressed his desire to fly after watching airplanes take off at Baltimore International Airport. Then one day in school a few years later, he got to watch the Apollo 7 mission take off on T.V.

“There was this guy who started at 10, counting backwards, with this big, smoldering rocket on the screen,” he recalled. “I remember as a kid saying, ‘We’re never going to go to the moon, that’s crazy. Then months later,” after Apollo 7, ‘we were going to the moon.’”

“I told my parents I wanted a job that paid me enough so I could do this — go up in space. I couldn’t believe these people were actually being paid to do this,” Drew laughed. “Then I remember having this talk with my parents and basically being told if you work hard, get good grades and don’t talk back to your parents, then maybe you can become an astronaut.”

At Wednesday’s presentation, Drew admits he wasn’t always a fan of math back in school, but knew it would be important to make his big dream a reality. He recalled being exposed to word problems in seventh grade.

“Word problems were actually interesting — suddenly math was a tool, not just a bunch of numbers and symbols,” he said. “It was something that could be applied, and then I couldn’t get enough of it.”

But like anything in life, Drew admitted achieving his ultimate goal of becoming an astronaut was anything but a “straight path.”

In July 2000, he was selected as a mission specialist by NASA. After completing two years of training and evaluation, he was assigned technical duties in the Astronaut Office Station Operations Branch and served in technical assignments until taking a sabbatical in 2005 to attend Air War College at Maxwell Air Force Base, Ala.

After returning to NASA, he served as a crew member on the STS-118 Space Shuttle Endeavour mission to the International Space Station in 2007. From January through November 2009, he served as Director of Operations at the Gagarin Cosmonaut Training Center in Star City, Russia.

As for the challenges of his on-going training in order to fulfill his goals, Drew said the “hardest part” was “taking the next step after the last. After the first phase of pilot training, I’d ask myself, ‘What if you’re embarrassingly bad at this?,’” the astronaut recalled. “But with every opportunity there is that fear of failure...But the biggest failure, is never trying at all.”

A member of the audience asked Drew if his training to go up in space was anything like playing a video game.

“As far as the virtual reality” portion of it, “it’s close enough to the real thing. But there’s still the anxiety that lives are at risk up there and you could be destroying millions of dollars worth of equipment. So yes, there’s a little anxiety there,” he quipped.

Asked what it felt like to be up in space on both his missions, Drew described it as being like the developing plot of a movie. He said the first time you may watch the movie to get the premise of the story and get introduced to the characters. While the second time you watch, you may notice the “foreshadowing” elements, or story within the story.

“My missions were similar,” he reflected. “Both times I was in space it was like a movie plot line. The second time going up, I was trying to notice all the things I didn’t have the opportunity to notice or appreciate the first time. Each time was a very different experience. Just when I thought I had seen it all, I had not.”

The audience continued to ask questions that ranged from how NASA plans to deal with space debris in the future to whether Drew had ever encountered an Unidentified Flying Object (UFO).

Drew admitted that one time in space, he was startled by the appearance a crescent-shaped glowing, orange object, which because of the angle and proximity, turned out to be a rising crescent moon.

“That one stopped my heart for a minute,” he laughed.

Drew retired from the U.S. Air Force as a colonel in 2010 with more than 25 years of service. During his Air Force career, he piloted 30 different types of aircraft accruing over 3,500 flying hours. Continuing his work with NASA, in 2011 he was a member of the space shuttle Discovery’s final mission, STS-133. During this mission, Drew became the 200th person to perform a spacewalk.

He has logged more than 612 hours in space as a crew member on the Discovery and Endeavour space shuttles. Currently, he is serving as the NASA Liaison to Air Force Space Command, NORAD/U.S. Northern Command and U.S. Strategic Command. He resides in Colorado Springs, Colo.

Asked if Drew had plans to go back up in space, the astronaut said at his age, he prefers to “step aside” to give other pilots the opportunity, just as others had done so that he was awarded his opportunity.

“It’s like paying something forward,” he smiled. “I’d rather give someone else the opportunity.”

Next for mankind, will be voyages to Mars, which Drew said “will happen” in his lifetime. In fact, by the 2040s or 2050s, the astronaut said nuclear fuel technology should exist that would enable spacecraft to travel to Mars in 1-2 months time.

And with personally experiencing how small Earth and mankind is compared to the universe, Drew said it makes you wonder how mankind can be in such conflict. He referenced nations that fight over boundaries that don’t even truly exist, that can’t be seen from space.

“When you’re looking back at Earth, and it looks like this tiny dot, it seems pretty insignificant,” Drew reflected. “You feel so finite to time and space and you realize it’s a much bigger thing that you are actually fortunate enough to be part of this.”