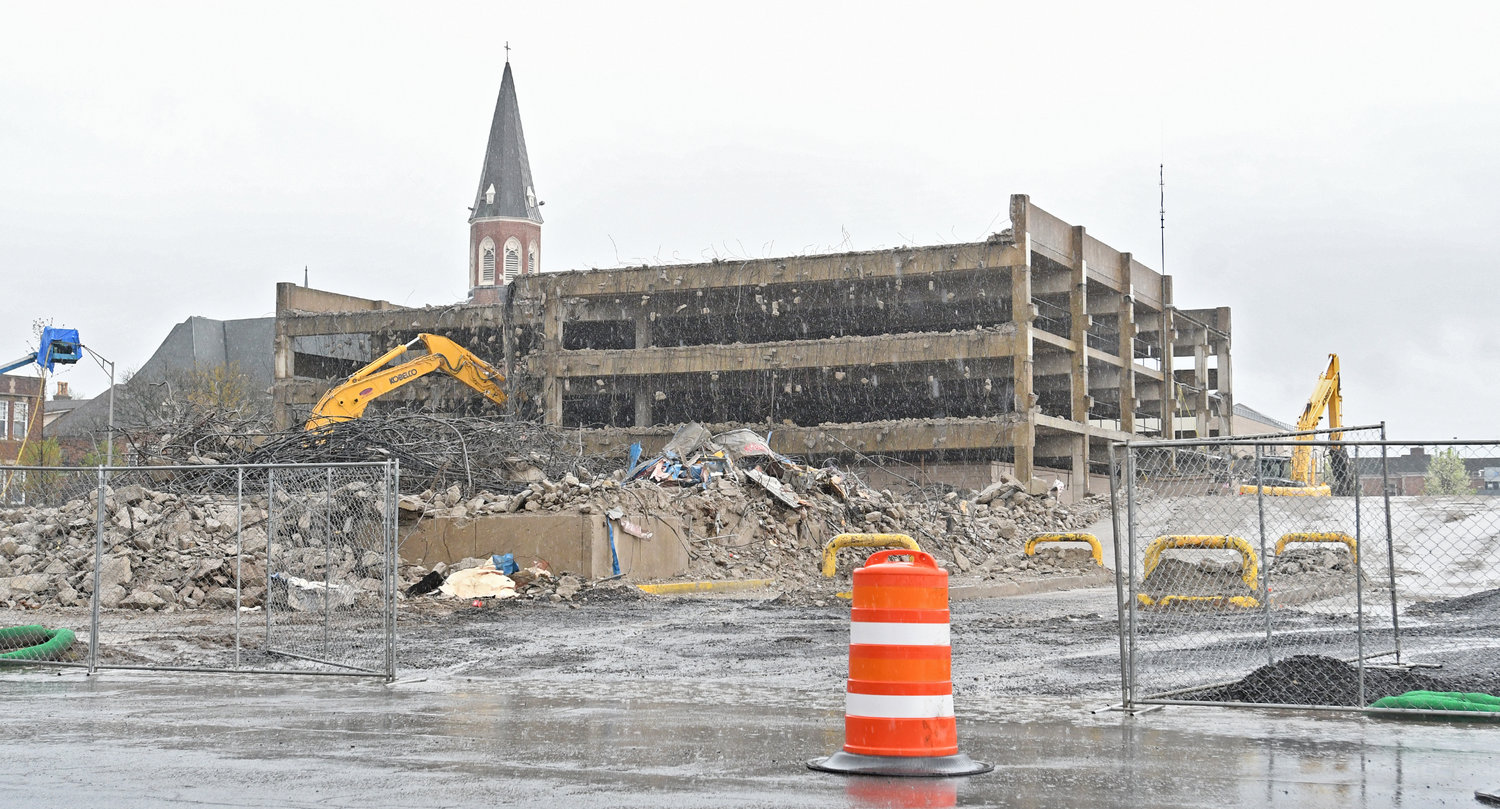 The Board of Estimate and Contract voted to approve an $18,950 increase to cover the cost added by abatement, bringing the contract total to $1,032,093.

The board, comprised of Mayor Jacqueline M. Izzo, Common Council President Stephanie Viscelli, and several of the mayor’s department heads, met on Thursday morning at City Hall. To view the agenda, visit romenewyork.com/board-of-estimate-and-contract.

Workers discovered “loose vermiculite insulation in a section of concrete block walls” during demolition, Bronze wrote to the Department of Public Works in a letter dated April 12.

“The vermiculite is assumed to be asbestos containing and must be treated as friable asbestos,” the letter continued, saying the discovery would “add four working says to the project completion timeline.”

The board also approved a contract increase in the Railroad Street interceptor sewer upgrade project, which has been ongoing since 2017.

The $14 million effort will bolster the main sewer line that runs from the pump station at the intersection of Erie and Black River Boulevards, and will add a second pipe.

CDM Smith of Syracuse, who has been contracted to design the interceptor project, will receive an additional $192,500 for its services, bringing the total contract price to $914,068.

CDM Smith told DPW in a letter that ground penetrating radar was needed to avoid running into existing gas lines during construction.

The firm also needs easements to perform work through 12 private properties, and will need to “design wetland mitigation for the permanently impacted wetlands” within the project area.

The firm estimates a December completion date for its designs.

A $34,999 contract met board approval, as well. Okie Court Systems of Cazenovia will maintain the four tennis courts at Franklyn’s Field.

According to city documents, all courts will be powerwashed and resurfaced, and cracks repaired.

The board also signed with All Seasons Textile Services of Clinton for cleaning services.

The firm will clean carpets at City Hall, the City Yard, and Kennedy Arena for three years.

The city will settle in a tax certiorari case involving 5949 Rome-Taberg Road, the site of
Runnings. Owner JR and R II, LLC, will receive an $8,651
settlement.

The city will advertise bids for three projects, as well. Liquid cationic polymer to be used at the Water Filtration Plant, concrete and granite curb cutting, and repair work on the Train Station elevator are sought.