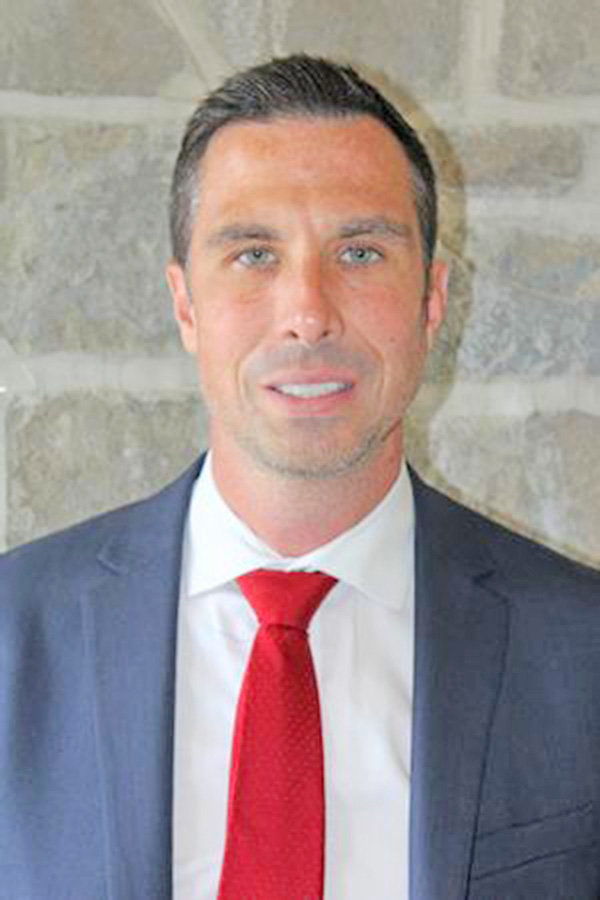 CLINTON — Peter Arsenault has been selected as the new head coach of the men's tennis team at Hamilton College. He was previously the head coach of men's and women's tennis at Franklin Pierce University for five seasons.

Arsenault led both Franklin Pierce teams to new levels of success in 2021. The women posted a 14-1 record including 9-0 in the Northeast-10 Conference and won the conference's regular season and tournament titles. They went on to win their NCAA East Regional and became the first Northeast-10 women's tennis team to advance to the Division II championship quarterfinals. All of those accomplishments were a first for Franklin Pierce women's tennis, and Arsenault was named the conference's women's coach of the year for his efforts.

Meanwhile, the men reached the Northeast-10 championship tournament final for the first time since 2005 and played in their first NCAA East Regional. In light of the success, both teams finished in the top 50 of the Intercollegiate Tennis Association's final season rankings.

Arsenault also served as head coach at his alma mater Merrimack College for one season in 2013-14. The women recorded an overall record of 15-5 and captured the Northeast-10 regular season crown with a 12-0 mark. They went on to win the 2014 conference tournament championship and played in the NCAA East Regional. The men advanced to the 2014 Northeast-10 tournament final and NCAA East Regional final en route to an overall record of 14-9 including 10-0 in the conference. Arsenault was voted the Northeast-10 Conference coach of the year for both men's and women's tennis and coached the conference's player and rookie of the year on the women's side. Five of his athletes were ranked in the region and 10 made the all-conference team.

Arsenault's other coaching experiences include head tennis professional at Keene Country Club in 2018 and tennis pro at Next Level Tennis in Bedford, N.H., from 2006 to 2008.

Arsenault has a doctorate in public administration and policy with a concentration in organizational behavior and theory from University at Albany. He was an assistant professor for sport and recreation management at Franklin Pierce in 2021-22.