UTICA — In a new program, Army soldiers stationed at Fort Drum in Watertown can gain career experience through an internship program that can lead to full-time jobs with the Oneida County … 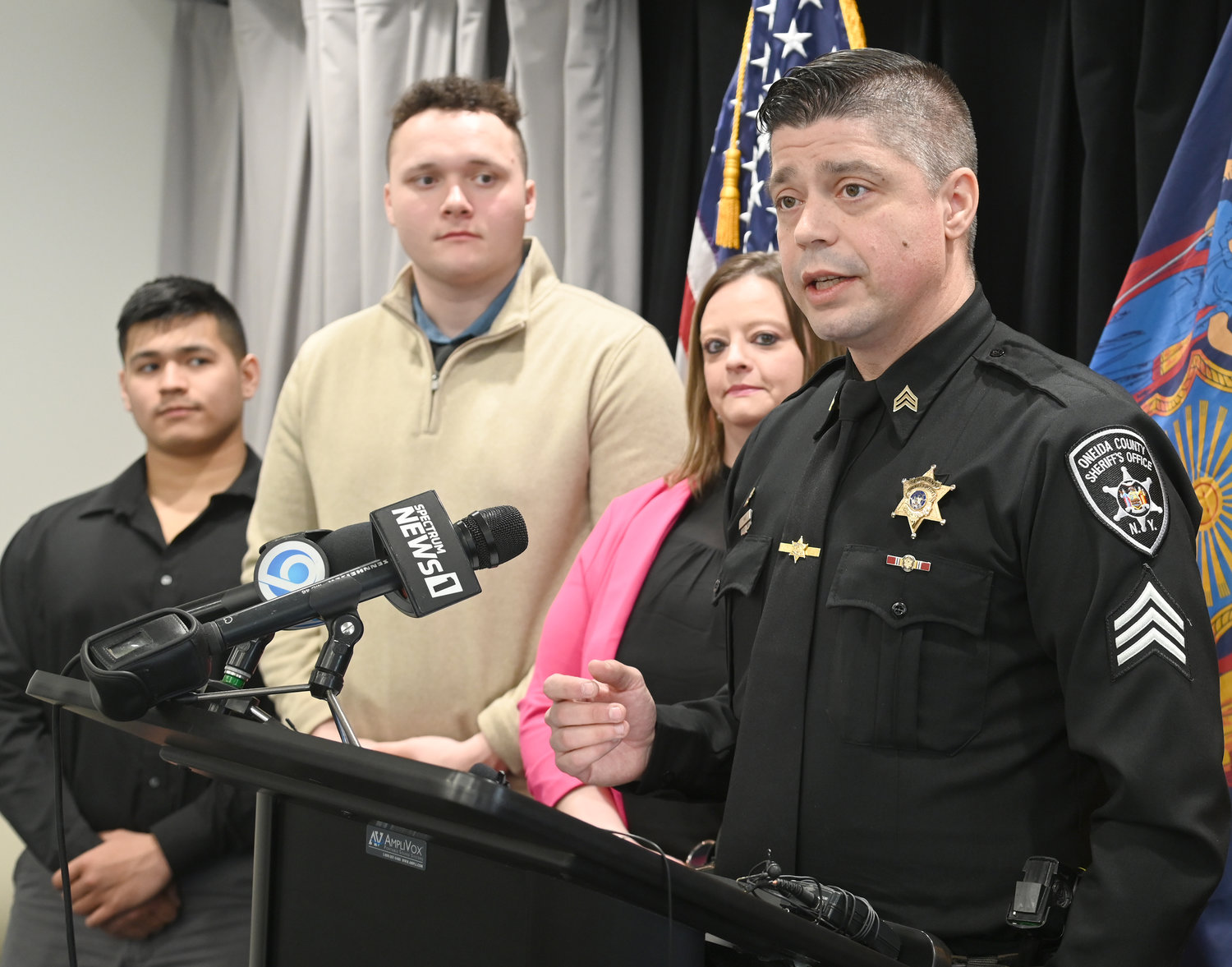 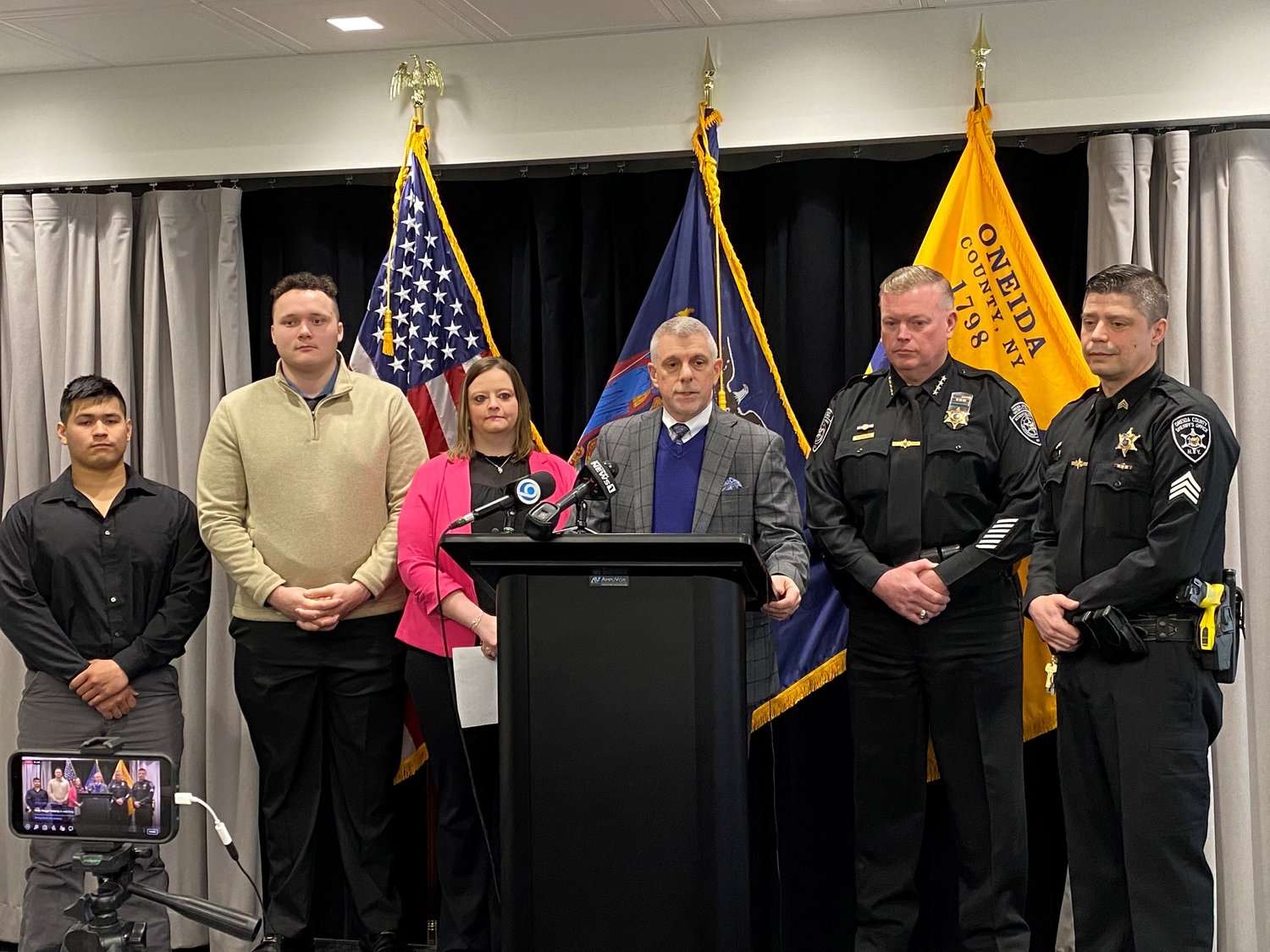 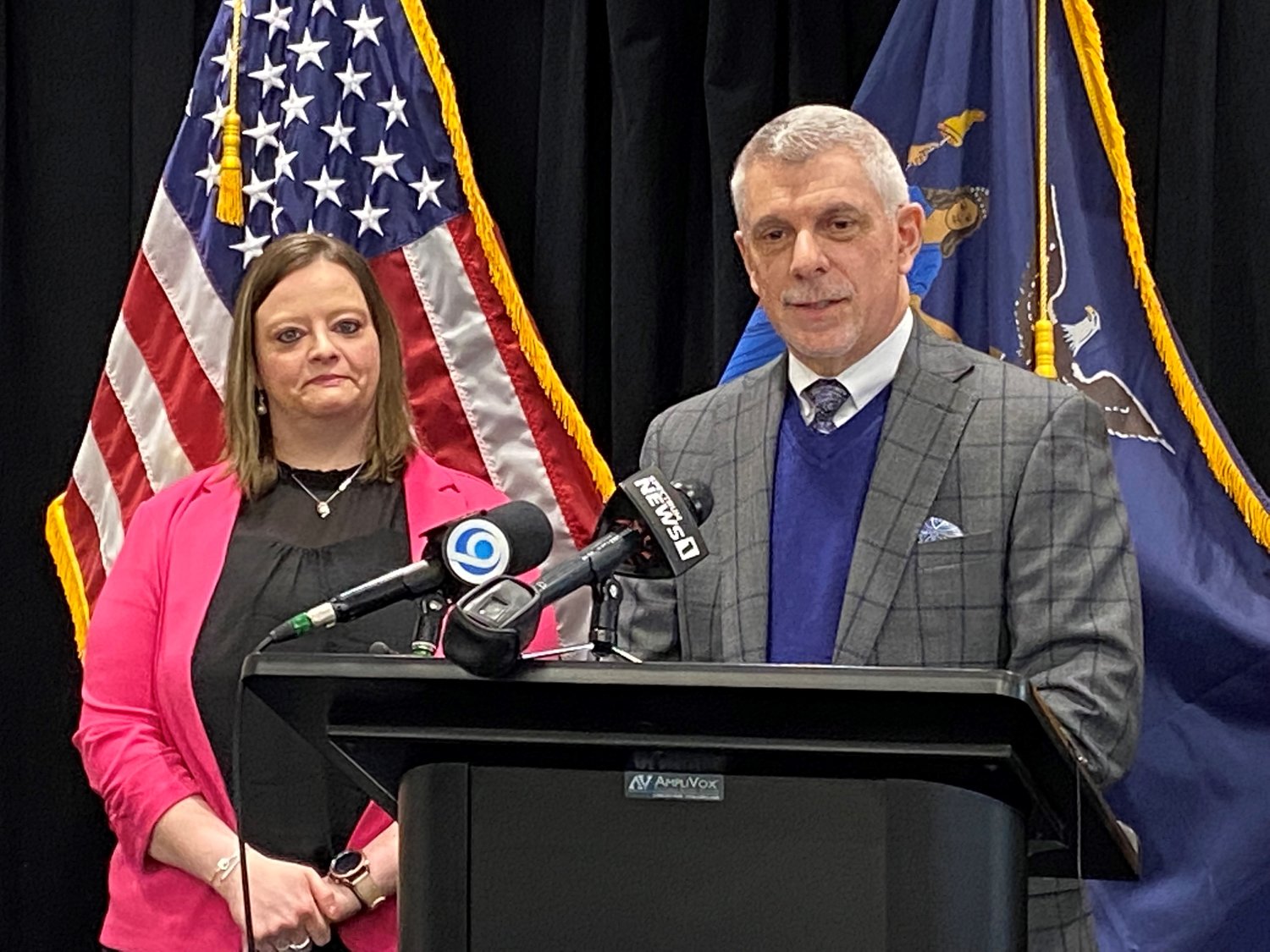 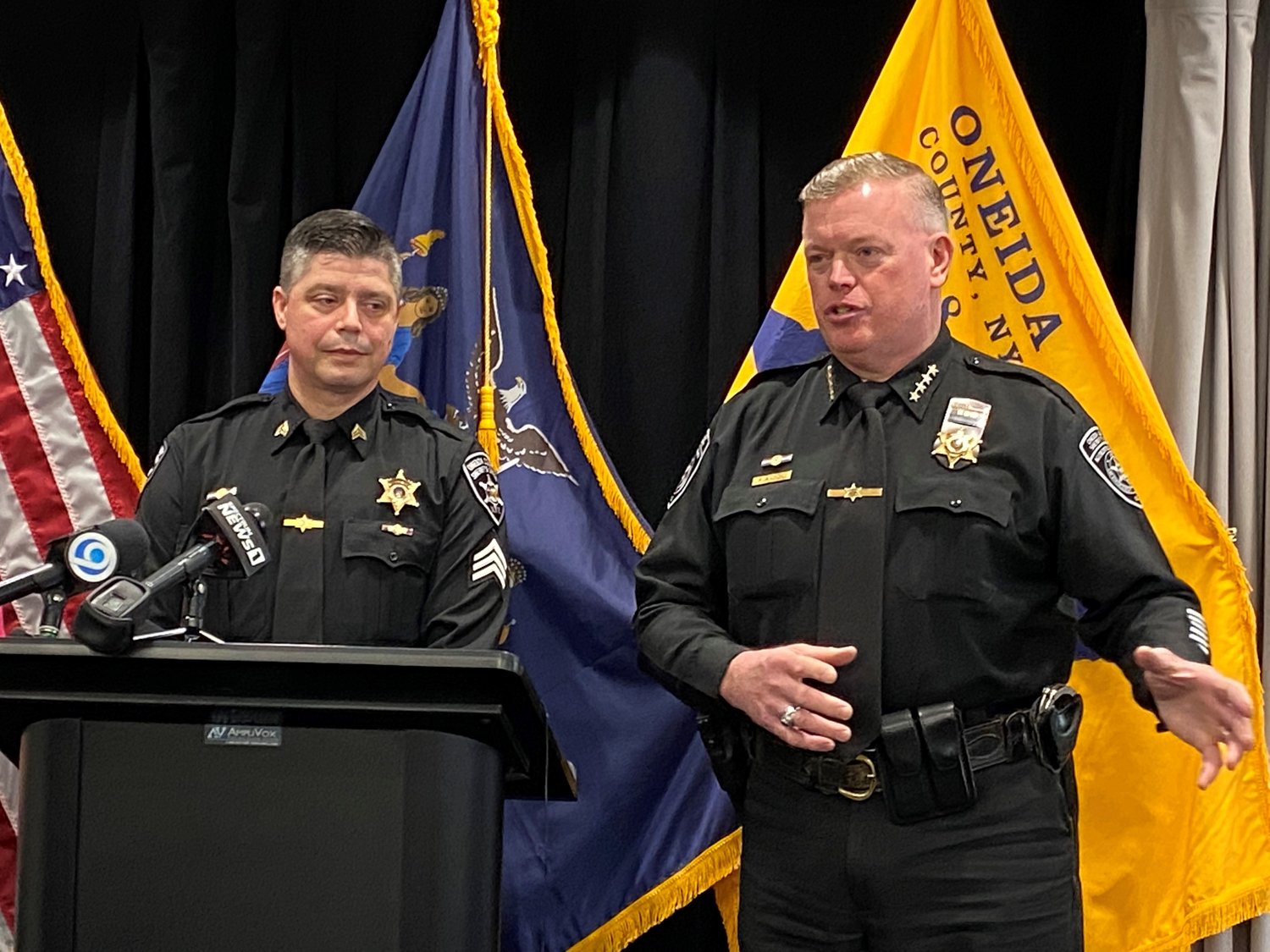 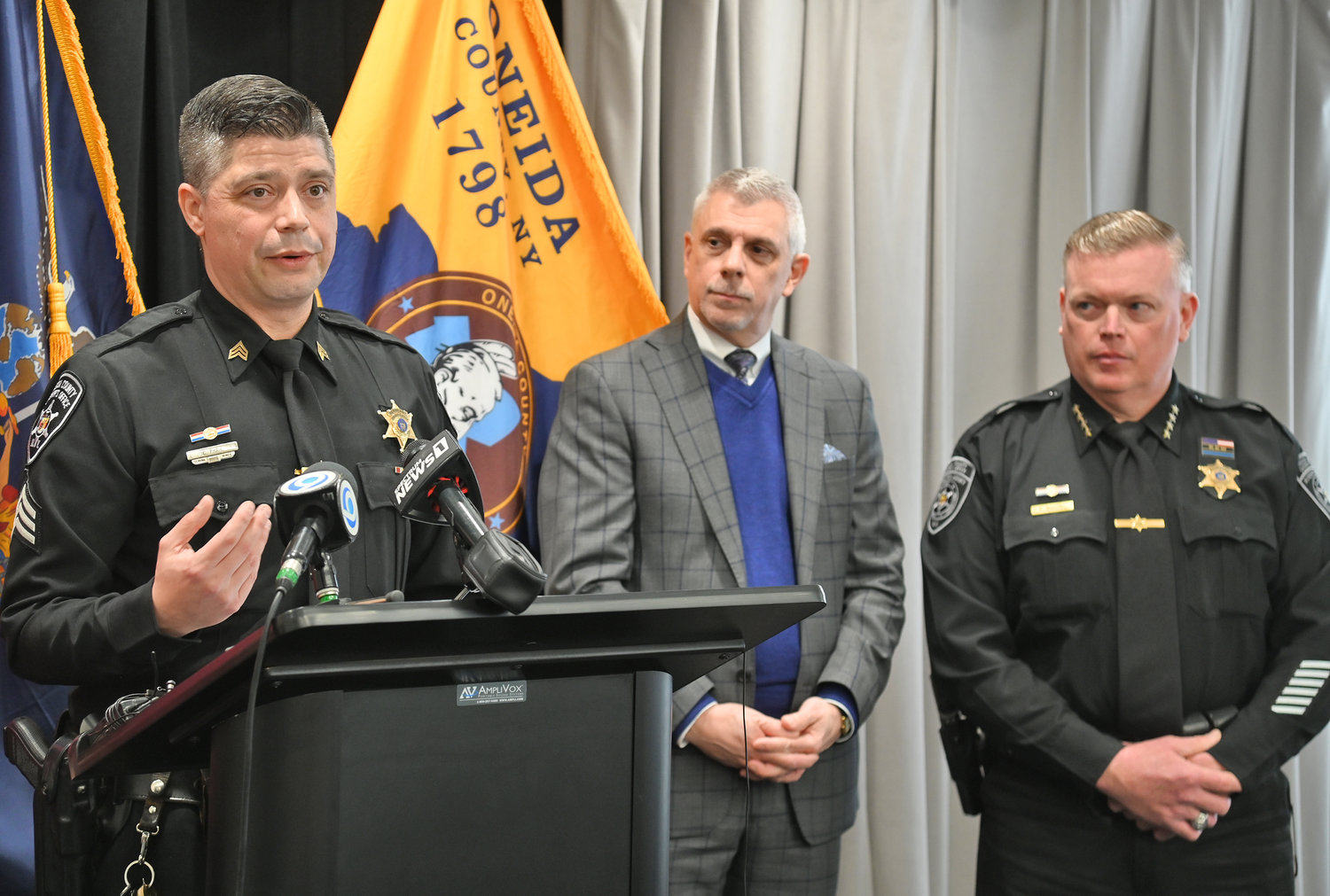 UTICA — In a new program, Army soldiers stationed at Fort Drum in Watertown can gain career experience through an internship program that can lead to full-time jobs with the Oneida County Sheriff’s Office.

During a Wednesday news conference, Oneida County Executive Anthony J. Picente Jr. and Oneida County Sheriff Robert M. Maciol said the U.S. Department of Defense’s SkillBridge program allows soldiers who are nearing the end of their active duty service to intern in a career of their choice as they transition back into civilian life.

The internships typically begin 60 to 90 days before their active duty is over, so they receive full pay from the U.S. Army while they learn about a potential new career. Oneida County’s program will offer internships in the Sheriff’s Office to soldiers stationed at Fort Drum in Watertown.

The development of this program underscores the county’s commitment to provide opportunities for all population segments.

“...Our veterans are so important, especially in this community…,” Picente told reporters.

“Participants will work 40 hours a week learning job responsibilities, skills, rules and regulations and practices. While interning, they will be given the opportunity to apply for upcoming civil service exams and vacant positions within the Sheriff’s Office,” notes program details from the county.

“The soldiers can also have their background process completed during the internship, so that they can seamlessly transition from serving in the Army to serving with the Oneida County Sheriff’s Office,” the announcement adds.

The interns will be able to work in different divisions of the sheriffs office - including patrol and corrections- to get a better handle on a career in law enforcement in the civilian sector said Oneida County Sheriff’s Office Sgt. Carey Phair, who created the internship program and agreement with Fort Drum.

At the news conference, Phair — a Rome Free Academy graduate and Army veteran — drew on his recollection of life after leaving active service and navigating the transition to civilian life in creating a program that would benefit current veterans.

“Today, we’re honored to start that program,” he added.

Currently, the program is only open to soldiers stationed at Fort Drum, but Maciol expects the program will grow every year. There are currently three Army soldiers approved to intern at the sheriff’s office.

The program is the only of its kind in the country with the exception of a similar program in California.

Soldiers at Fort Drum can apply for Oneida County’s SkillBridge program through their chain of command, the officials said.