New York Army National Guard Colonel Dennis Deeley, who grew up in Rome and graduated from Rome High School, was saluted for a 38-year military career. 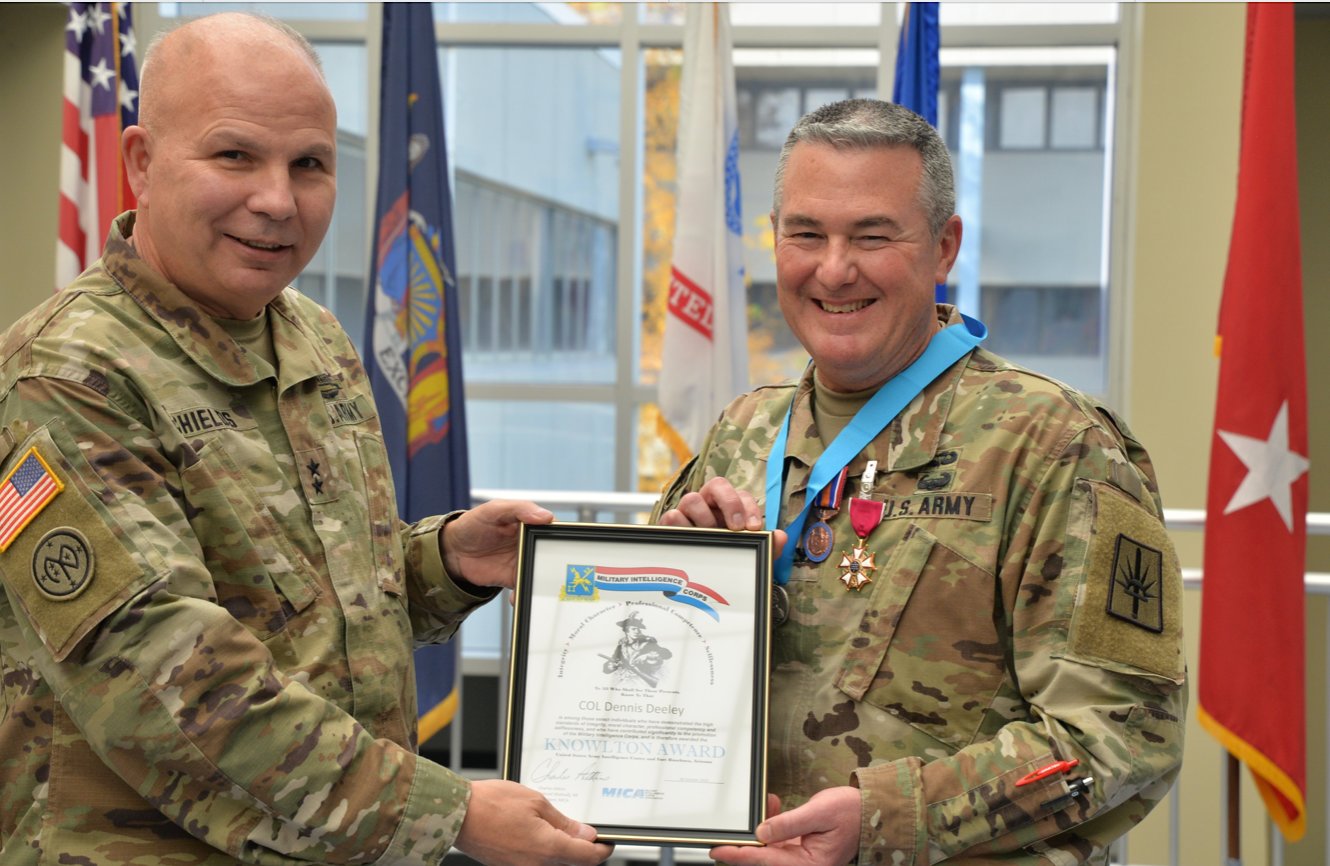 During Deeley’s career, he deployed to Iraq, commanded a NATO unit training Ukrainian soldiers, and ran a COVID-19 treatment center set up in the Javits Convention Center in New York City.

“You have been invaluable to the New York Army National Guard,” Maj. Gen. Ray Shields, the adjutant general of New York, told Deeley. “You have earned the respect and appreciation of our soldiers, and our civilian employees across the state,” he added.

Shields recognized Deeley with the award of the Legion of Merit, a federal award presented for exceptionally meritorious conduct by a leader, and the New York State Conspicuous Service Cross.

In his remarks, Deeley, who now lives in Rotterdam, thanked his wife, Laurie Marling, for her support as well as soldiers and leaders he has served with over the years.

Deeley was commissioned as an officer in 1989 after attending Officer Candidate School at the New York National Guard’s Empire State Military Academy.

Deeley has served as an infantry company and infantry battalion commander, as operations officer for the 27th Infantry Brigade Combat Team and the 42nd Infantry Division, and as the intelligence officer for the New York National Guard’s Joint Forces Headquarters.

In 2003 and 2004, he served as the battalion executive officer for the 2nd Battalion, 108th Infantry Regiment which fought in the area of Iraq dubbed the Sunni Triangle.

In 2017 and 2018, Deeley served as the commander of the NATO Joint Multi-National Training Group-Ukraine, operating in Lviv, Ukraine. The team, which included troops from several NATO countries, provided training in weapons, tactics and operations skills to members of the Armed Forces of Ukraine.

In the spring of 2020, Deeley was assigned as the National Guard incident commander at the Jacob Javits Convention Center in New York City which was being converted into a 2,500-bed temporary hospital during the pandemic.

Deeley’s military education includes the military intelligence officer basic and advanced courses, the infantry officers career course, the Command and General Staff College, the pre-command course, and the Army War College. He has a bachelor’s degree and master’s degree in architecture from the State University of New York at Buffalo.