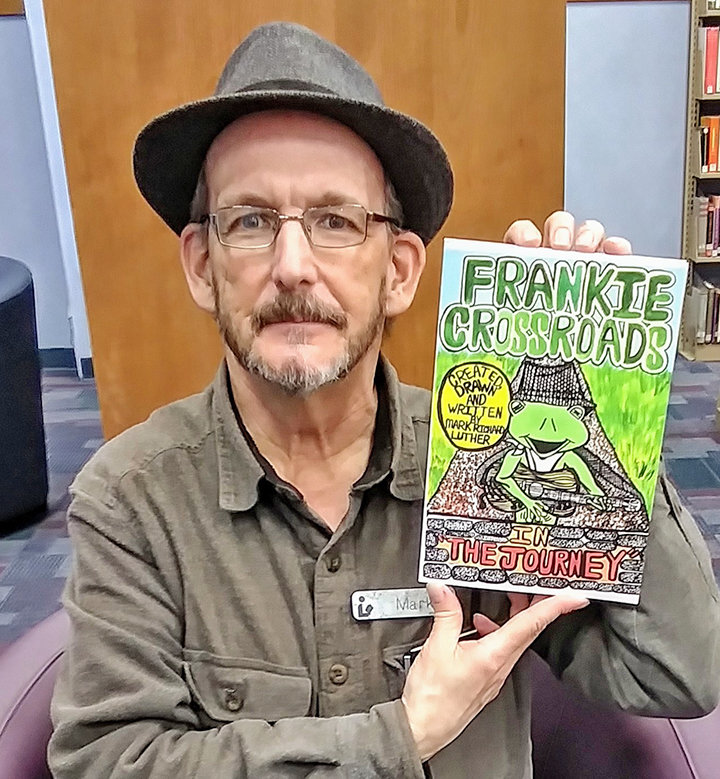 A LOVE TO DRAW — Herkimer writer and cartoonist Mark Luther holds up a copy of his first published graphic novel “Frankie Crossroads — The Journey.”
(Submitted Photo) 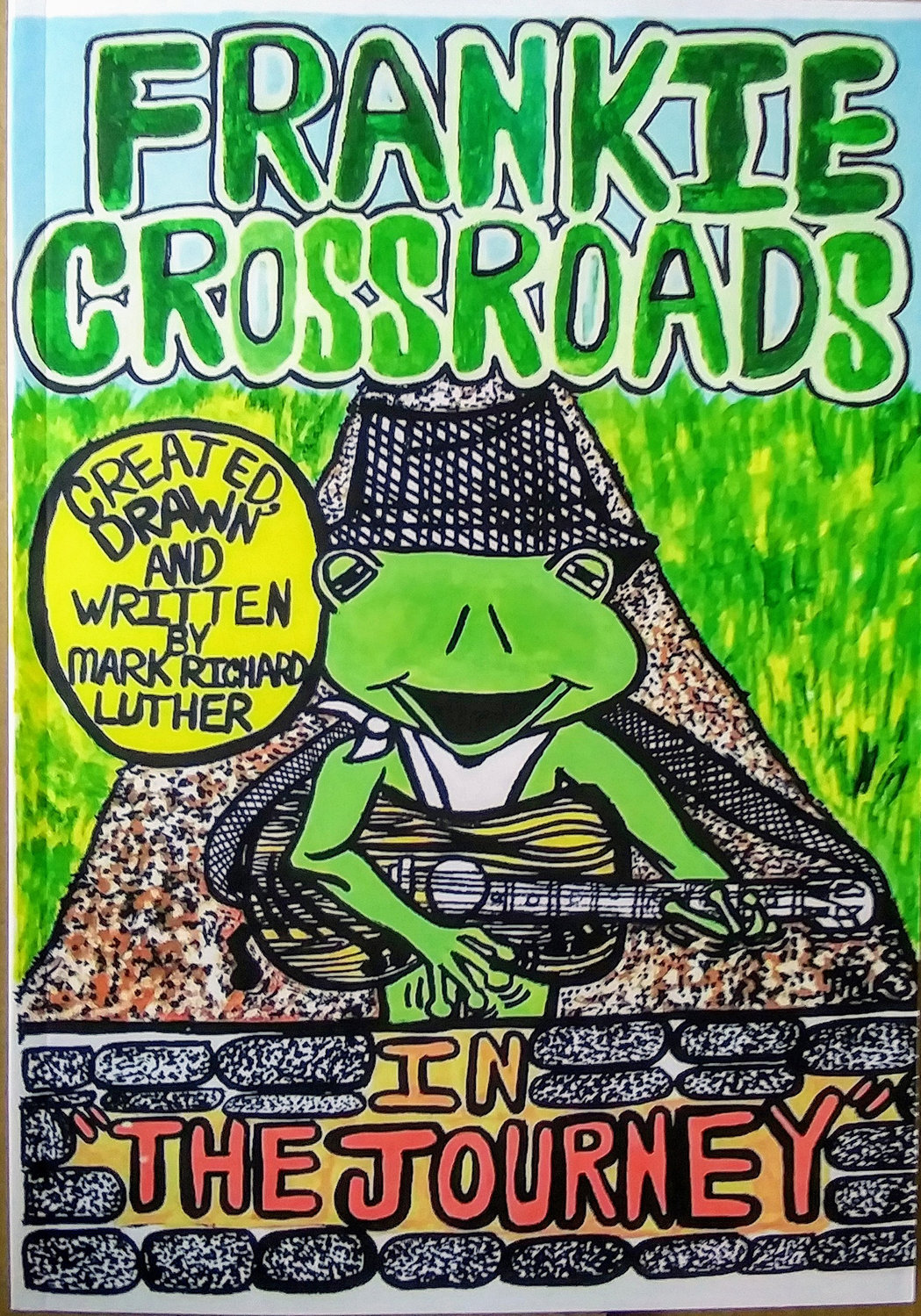 Luther said growing up, he’s always had a love for drawing that started when his mother placed a piece of paper and pencil in front of him when he was five.

“I just started scribbling,” he said. “I’ve been drawing all of my life since then.”

Luther said he was born in Herkimer in 1963 and moved to Long Island with his mother in 1973, only to move back to Herkimer in his 40s. For the last 12 years, Luther’s worked at the Frank J. Basloe Library in Herkimer and has even offered cartoon drawing classes for local children.

And during that time, Luther has been doing what he loves and working on Frankie Crossroads for the last two years.

When asked why he felt the need to publish something, Luther said he wanted to do something he knew he wouldn’t regret when he’s 90 and on his death bed.

“Frankie Crossroads — The Journey” entails the story of Frankie Crossroads, an Upstate New York frog born and raised in the swamps along Route 28. Frankie gets interested in blues music that leads him out of the swamp and to New York City, meeting interesting characters along the way.

Through Marlis Press, Luther published his novel and is selling it on the likes of Amazon.com, barnesandnoble.com, indyplanet.com, and a whole host of other sites.

And Luther isn’t losing any steam, saying he’s already working on the sequel: “Frankie Crossroads — The Journey Continues” which he hopes to release sometime this summer if he works on it intensely.

On top of this, Luther is working on a self-help book on how to draw cartoon faces that will come out at a later date.