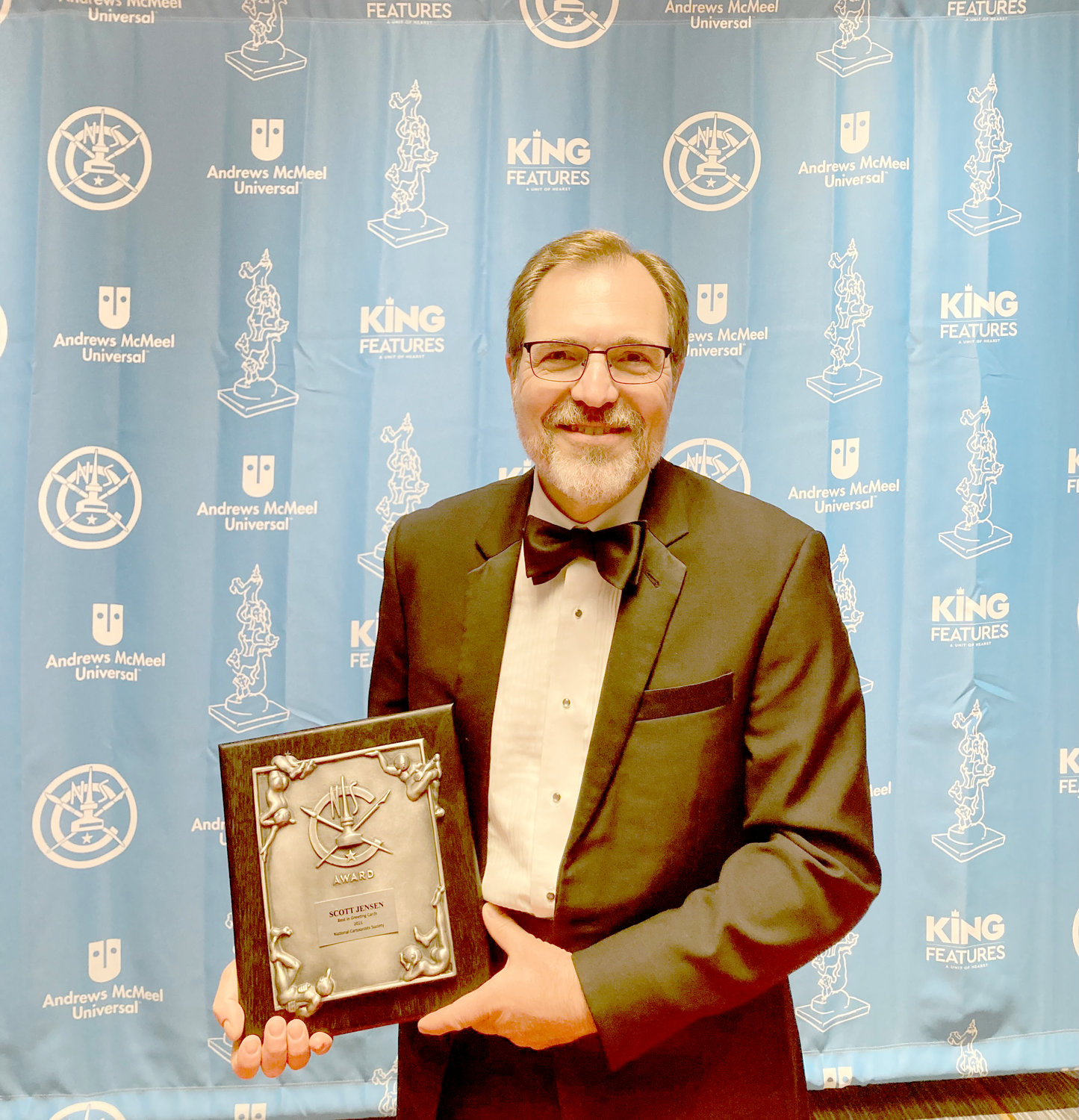 For more than 35 years, Jensen has drawn a line of humorous greeting cards for Oatmeal Studios. He also draws and writes “Digby’s Hardware,” a comic strip in “The Hardware Connection,” a trade magazine for hardware retailers. Jensen has been a member of the National Cartoonist Society for 15 years and is a past chairman of the Upstate New York regional chapter.

“It was exciting to be named a finalist for this award last year,” stated Jensen. “I wasn’t expecting to win this year. It is a true honor.”

Each year, NCS honors outstanding achievements in numerous areas of the cartooning profession. The recipients of the profession’s highest honors, the Reuben Award for Outstanding Cartoonist of the Year, is chosen by a secret ballot of the members. Introduced in 1954, the Reuben is named after longtime Honorary President Rube Goldberg.

The NCS was founded in 1946 when groups of cartoonists got together to entertain the troops.

They found that they enjoyed each other’s company and decided to get together on a regular basis. The NCS memberships roster includes over 500 of the world’s major cartoonists.