Michael Schatz has come a long way from a loving family in the small rural town of Lee to becoming an expert on computational biology, and his parents couldn’t be any prouder. 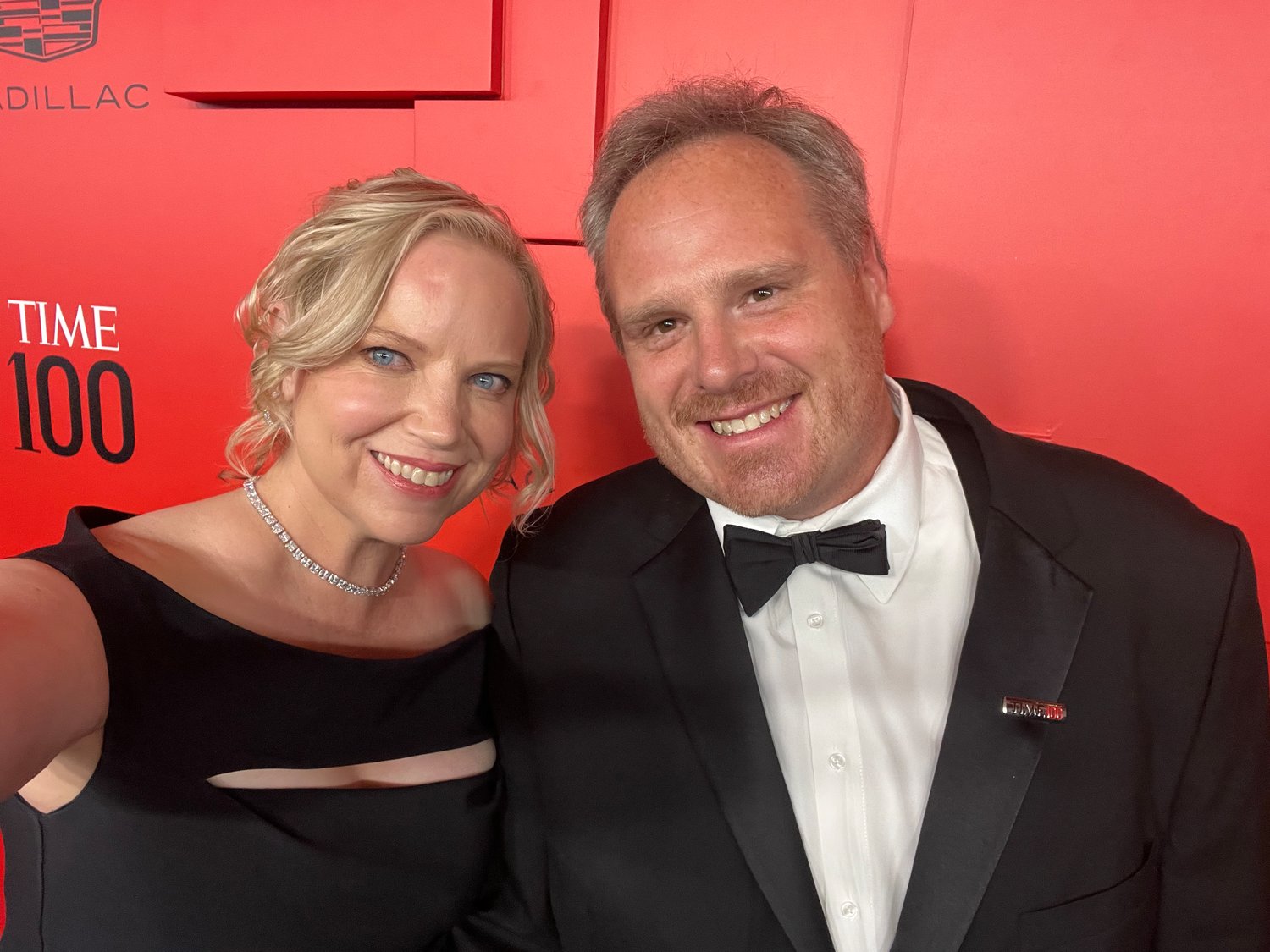 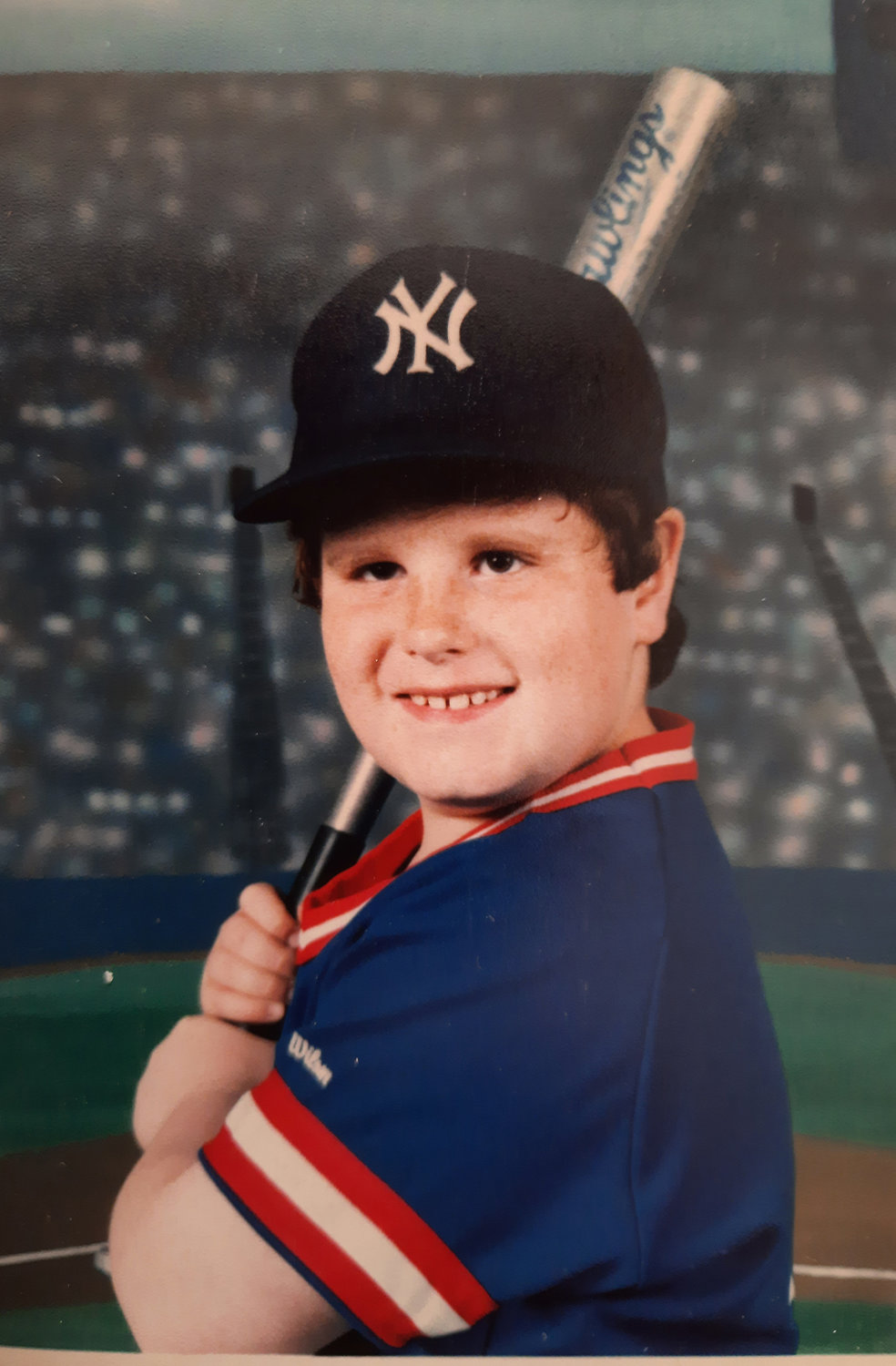 A young Michael Schatz had a great interest in computers and science, following a road that eventually lead him to working to decode the human genome
(Submitted Photo
Previous Next
Posted Saturday, July 2, 2022 9:50 am
Charles Pritchard
Staff writer
email / twitter

LEE — Michael Schatz has come a long way from a loving family in the small rural town of Lee to becoming an expert on computational biology, and his parents couldn’t be any prouder.

Michael was born and raised in Lee and was recently named by TIME magazine as one of its 100 most influential people alongside his team.

Michael’s parents, Bill and Joan Schatz, moved to Lee around 40 years ago from Madison, Wisconsin. The two were originally from New York, with Bill coming from Sackets Harbor and Joan hailing from Long Island. The two moved back to New York to be closer to their families and raise their children.

Bill and Joan said they knew Michael had an inquisitive mind.

“Michael was the type of child who took the vacuum cleaner apart,” Joan said.

“And we knew he was getting better at it when he was taking things apart and putting them back together without any parts left over,” Bill said with a laugh. “He had the skills to solve the puzzle.”

Michael went to Stokes Elementary School, Strough Middle School, and Rome Free Academy. He was a good student, according to his mother — and his teachers.

“All his former teachers who have heard he’s gotten this award have said that he got this award said they’re not surprised,” Joan said. “He was always interested in computers, and the Rome School District had a lot of opportunities. When he was in fifth grade, he went to Computer Camp. And at Strough, the librarian there let him have a lot of access to the computers — and that was in the early days of the computer.”

Joan said she was very thankful for the Rome School District for their programs and teachings that helped nurture Michael’s passion. “He had a very good foundation and took advantage of everything they had,” she said.

Bill and Joan that Michael taught himself, spending money on computer books at the local bookstore to learn something new. “I was always interested in computers and how they worked,” Michael said. “I was not that interested in games. I wanted to learn how the computer and the operating system worked.”

After high school, Michael set his sights on Carnegie Mellon University in Pennsylvania. “I didn’t know exactly what I wanted to do, but I knew I was interested in software and computing,” Michael said. “My first job after college was in computer security. And that involves developing codes and breaking codes. That actually turned out to be perfect training for looking at genetic codes.”

Michael’s work took place during 2001, which was during the tech bust. It wasn’t a financially secure company, and as people started looking for a new horizon, Michael found his way through a colleague.

“Someone at the company went into digital genomics, and they knew it was a very exciting time to work on it. And that individual had a background in biology and computer science, so he went to The Institute for Genomic Research and recruited me,” Michael said. “When I started, it was just like a normal software engineering position. But then I quickly realized all of the great problems and the wealth of data.”

Computational genomics is the use of computational and statistical analysis to decipher biology. Software is developed to help analyze, compare, measure, and more.

When asked, Bill and Joan said Michael would always keep them updated with what he was doing and how his research was going.

“We always knew what he was doing but exactly how he was doing? We had no clue,” Bill said with a laugh.

Michael said he and his team were on the computing side of things. In the beginning, there were software projects he was assigned that were what other software engineers would expect from the job. “But over time, as I got more and more familiar with the data and research, my projects now are more of my own design. And the common theme to all of it is looking for patterns in DNA.”

The human genome is made up of about 3.1 billion DNA subunits, pairs of chemical bases known by the letters A, C, G, and T. Genes are strings of these lettered pairs that contain instructions for making proteins, the building blocks of life. Humans have about 30,000 genes, organized in 23 groups called chromosomes that are found in the nucleus of every cell.

“It’s deceptive,” Michael continued. “On some level, it’s just patterns of ACGT, but it’s multiplied across thousands or millions of genomes. The scale of it is enormous and requires diverse and sophisticated computational work to look for those patterns.”

And this work has been ongoing since 1990 when the National Institute of Health funded the first research grants to map and sequence the human genome. It was technically completed in 2003 but was incomplete because DNA sequencing technologies of the day couldn’t read certain parts of it. Even after updates, it was missing about 8% of the genome.

“Progress came in waves, and it’s a problem the scientific community has been working on for 20 years,” Michael said. “Incremental progress has been made, but about a year and a half ago, we worked with our collaborators and friends through the Telomere-to-Telomere Consortium. And there were early results that were very exciting, and things just started locking together much more quickly. And then suddenly, we realized we could go after the whole genome, not just a piece of it.”

Even when the scientific community believed they had it, they couldn’t announce it until they knew it was correct. But it didn’t mean they couldn’t celebrate. Michael and his team and colleagues, Adam Phillippy, Karen Miga, and Evan Eichler, had celebrated because it meant so much.

“To me, the most meaningful thing is what this means for society,” Michael said. “Some of my research has been on major diseases like the genetic origin of different cancers or autism spectrum disorder. And we’ve known for decades that there were blind spots in the human genome that we couldn’t look at because they were too complicated. But because we’ve got the whole genome, there’s no place left for these diseases to hide.”

When asked what he’s working on now, Michael said with the genome mapped, they’re looking at genetic mutations in genes associated with the disease. Certain cancers can be influenced by DNA, such as BRCA1 breast cancer. “BRCA1 is a really important risk-factor gene for breast cancer, and depending on the mutations there for certain women, it’s almost 100% certain that they’ll develop breast cancer in their life,” he said.

Bill and Joan said they’re proud of Michael and everything he’s done. “We’ve always been proud of him,” Joan said.

Bill said the first draft of the human genome was missing 8% around eight years ago, and this recent work focused on the densest part of the chromosomes. “Think of it like this. If you took a globe of the world, 8% of that globe is the entire continent of Africa that we couldn’t see,” Bill said. “This opens up doors that we’ve never seen before.”