ROSARY — This rosary, made of barbed wire, is one of the displays at the church in Pilsen, KS. (Photo for Sentinel by Chip Twellman Haley) 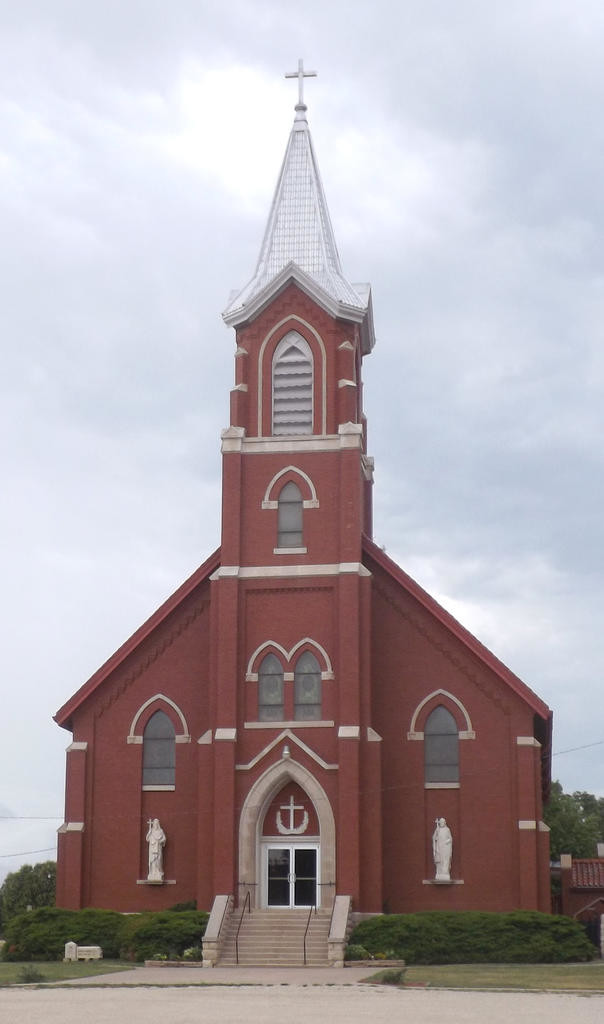 LITTLE CHURCH ON THE PRAIRIE — This church in rural Pilsen, KS, is the home church of Army chaplain Emil Kapaun, who saved the life of a Pulaski man, won the Medal of Honor posthumously, and is now being considered for sainthood. (Photo for Sentinel by Chip Twellman Haley) 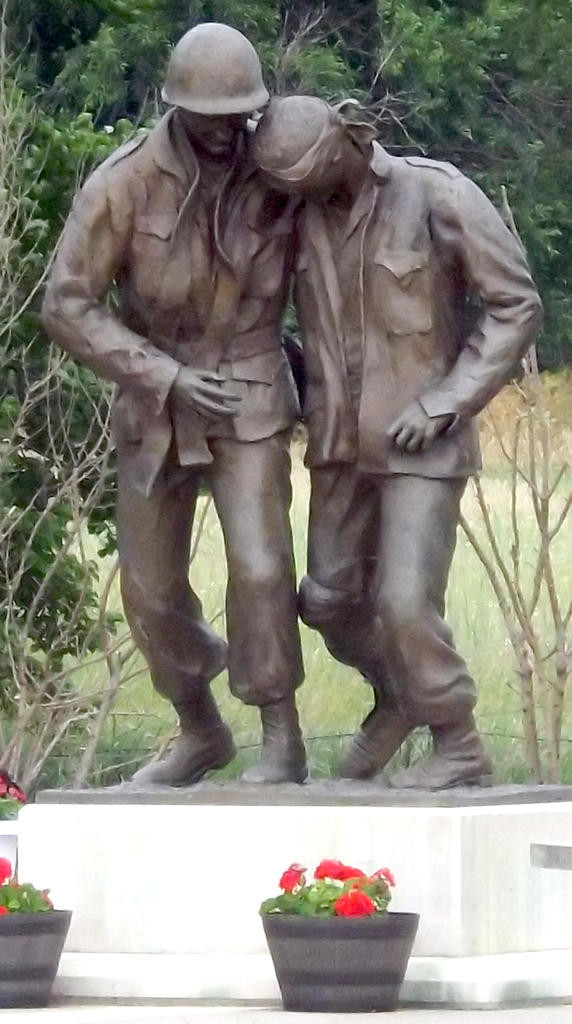 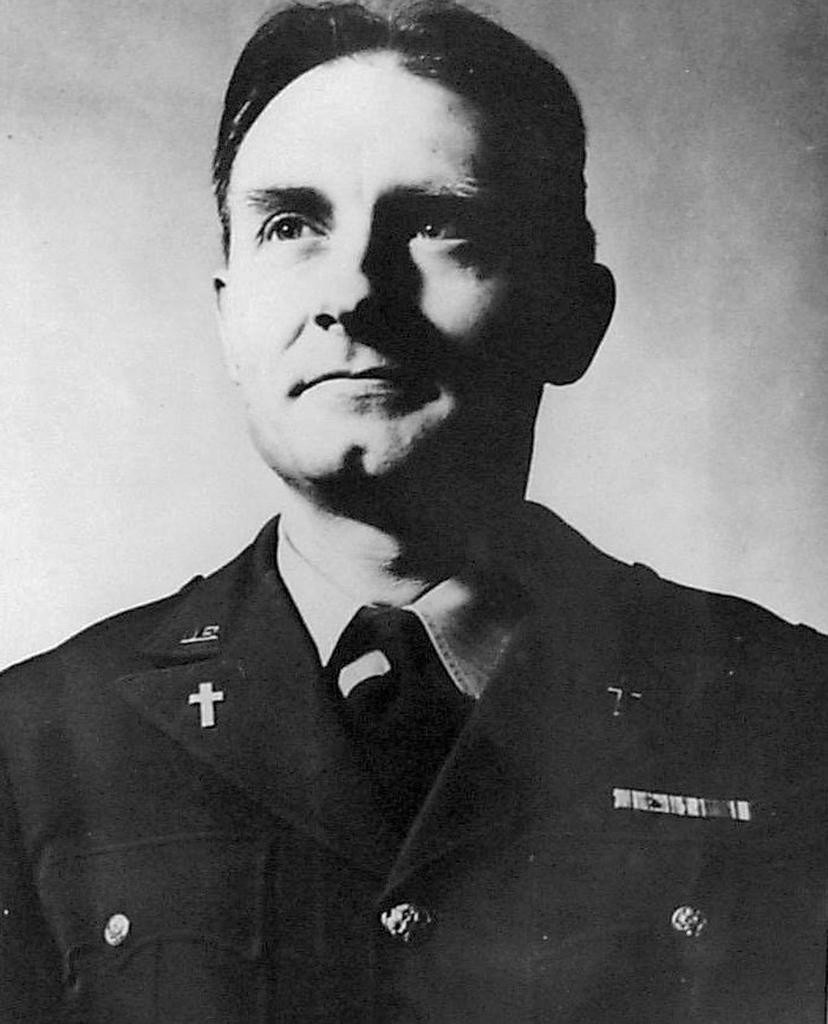 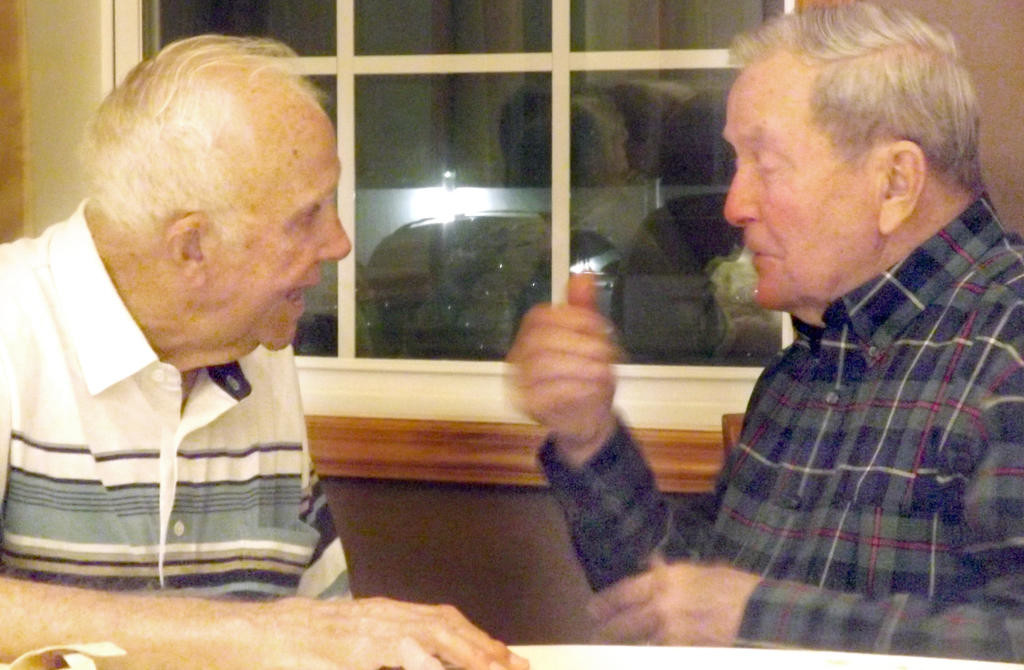 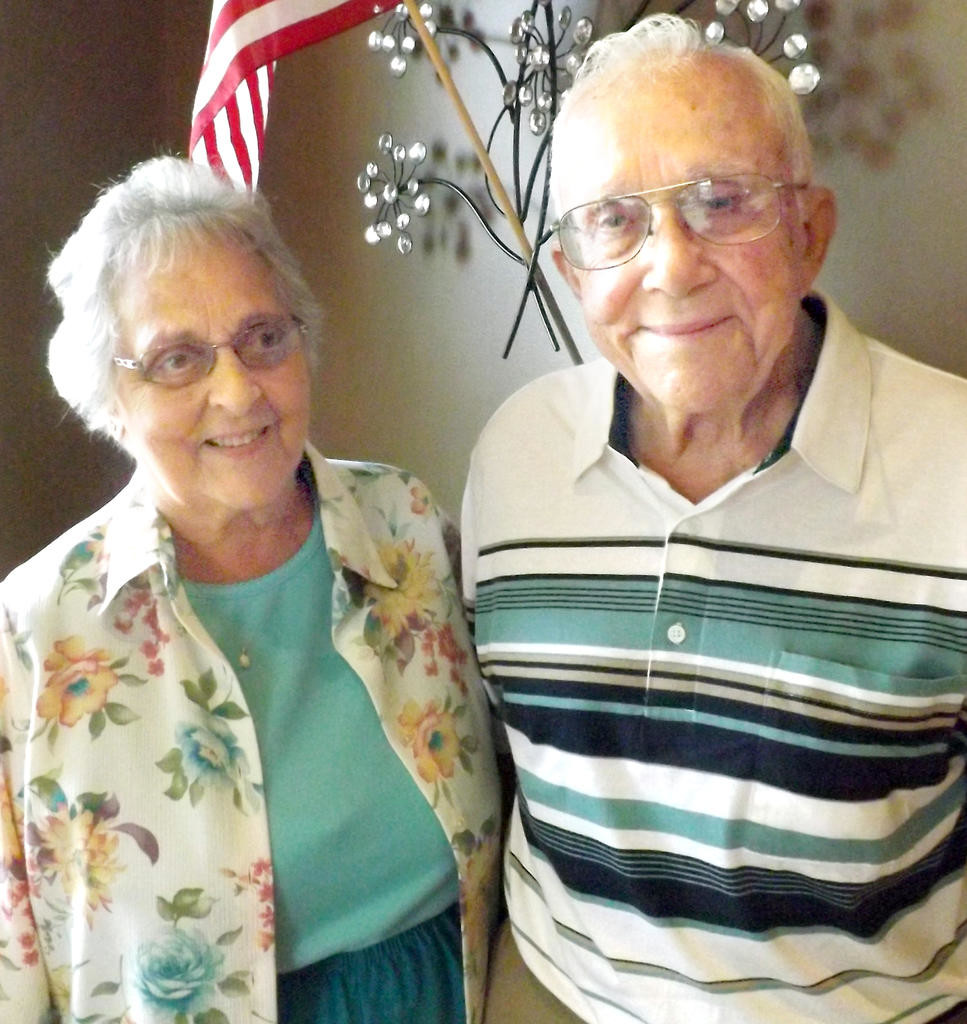 WARRIOR AND WIFE — Herbert A. Miller, a former Korean War POW, and his wife Joyce. A veteran of D-Day in World War II, and of a prisoner of war camp in the Korean War, the couple now live peacefully in Pulaski. (Photo for Sentinel by Chip Twellman Haley)
Previous Next
Posted Saturday, December 6, 2014 4:00 pm

An area man was saved during the Korean War by an Army chaplain who later received the Medal of Honor and who has now been nominated for sainthood.

Herbert A. Miller, of Pulaski, was about to be shot by a North Korean soldier in 1950. He had been wounded in the leg, and could barely walk, much less trudge the nearly 100 miles to the prisoner of war camp where he and fellow soldiers were being marched. But as the soldier stood over him, with a gun aimed at his head, an Army chaplain “pushed that guy aside... picked me up and carried me” along the way.

The chaplain was The Rev. Emil Kapaun, a Catholic priest who stayed behind with the wounded, after members of his 1st Cavalry Division Army were forced to retreat from the blistering Battle of Unsan in November 1950. “He put me on his back,” Miller recalled. “Without him, I would never be here.”

Miller and his comrades spent 3 years in the Korean prison. Many soldiers died there, including Kapaun. But some survived until they were liberated in 1953.

Miller, 88, and his wife of 60 years, Joyce, now live a peaceful life in Pulaski, in Lewis County. After the war, Miller worked for 34 years for Rollway Bearing Co. in Syracuse, as a calibration technician.

But Miller has never forgotten his Korean War experiences, nor the man who saved his life then. He talked about those experiences recently, when he was in the area to speak to the Utica-Rome chapter of Military Officers of America Association.

His military experience started in 1943, during World War II. On D-Day on June 6, 1944, he was among the members of the 101st Airborne Division who parachuted into France. He was only 17 years old. Why did he go into war at such a young age? He was “stupid!” Miller laughed. He went on to explain that his brother was a fighter pilot in the South Pacific, and his brother had signed him up to join the war effort. Also, becoming a “jumper” netted him a pay raise, he recalled.

At the Battle of Unsan, Miller and his unit were forced to retreat. “I got hit with a hand grenade” and fell to the ground. As the North Koreans cleared the battlefield, one of them aimed his gun at Miller. “I thought he would shoot me,” he recalled, until Kapaun came to his rescue. Miller said his story helped win Kapaun the Medal of Honor, posthumously, in 2013.

The Medal of Honor citation reads, in part: “Shortly after his capture, Chaplain Kapaun, with complete disregard for his personal safety and unwavering resolve, bravely pushed aside an enemy soldier preparing to execute Sergeant First Class Herbert A. Miller. Not only did Chaplain Kapaun’s gallantry save the life of Sergeant Miller, but also his unparalleled courage and leadership inspired all those present, including those who might have otherwise have fled in panic, to remain and fight the enemy until captured.”

Those captured were taken to the prison camp, which Miller remembers as “dreadful,” with little food, or heat, or medical care. Their meals often consisted of “a little bowl of millet seed, soaked in water, twice a day.”

Although Kapaun was an officer, “He would slip out of his area” at the prison “to our building,” which housed the enlisted men.

He would build us up, and pray for us” in the primitive conditions. The priest gave away his own food to other prisoners, and stole other food from their guards.

The prison was made up of “houses made of mud,” with “no furniture.” The captured soldiers “slept on the floor,” forced to lay side by side in the crowded quarters. When one turned over, they all had to do so. But their shared body warmth also helped keep many of them alive.

Twice, Miller and some of the others managed to escape, only to be caught and punished. “They broke my elbow, knocked my teeth out, broke my nose,” Miller recalled.

He took solace in reading from a Gideon’s Bible, and decided he “wasn’t afraid to die anymore.” His weight dropped from 165 to 98 pounds. He was placed in a “hospital,” which he said was really only a place for the weak and sickened soldiers to “lay or die.”

Kapaun died due to the wretched conditions on May 23, 1951, at the age of 35. After his death, “the guys carried on” by following his example. “He taught us to work together,” Miller said.

And then finally one day, on Sept. 18, 1953, their captors came and “said a peace treaty was signed” and they “threw us in trucks” and railroad cars, which carried them to a U.S. Navy hospital ship. They were given showers, food -- and their freedom. Miller returned to the U.S. in October 1953. When he returned home, “My brother grabbed me” so hard “I thought he would choke me to death!”

Kapaun was declared a “Servant of God” by the Pope in 1993, the first step toward sainthood.

Kapaun had grown up in Pilsen, Kansas, and said his first Mass at the rural church there. Miller attended a ceremony there in 2008, and spoke about his rescue by Kapaun before the bishop and a crowd of about 500.

The Kansas church today has several displays in Kapaun’s memory, and a statue outside. The statue depicts Kapaun carrying a wounded fellow soldier -- a soldier that may be Herbert Miller.

EDITOR’S NOTE: This column was written for the Rome Historical Society by Chip Twellman Haley, retired Daily Sentinel news editor, who also supplied the photos. Comments, old photos, suggestions for future columns or guest columns may be emailed to: chiphaley@yahoo.com.