The newly opened Aqua Vino Restaurant and Bar was filled with laughter and chatter as members of the community gathered for the restaurant’s grand opening on Monday. 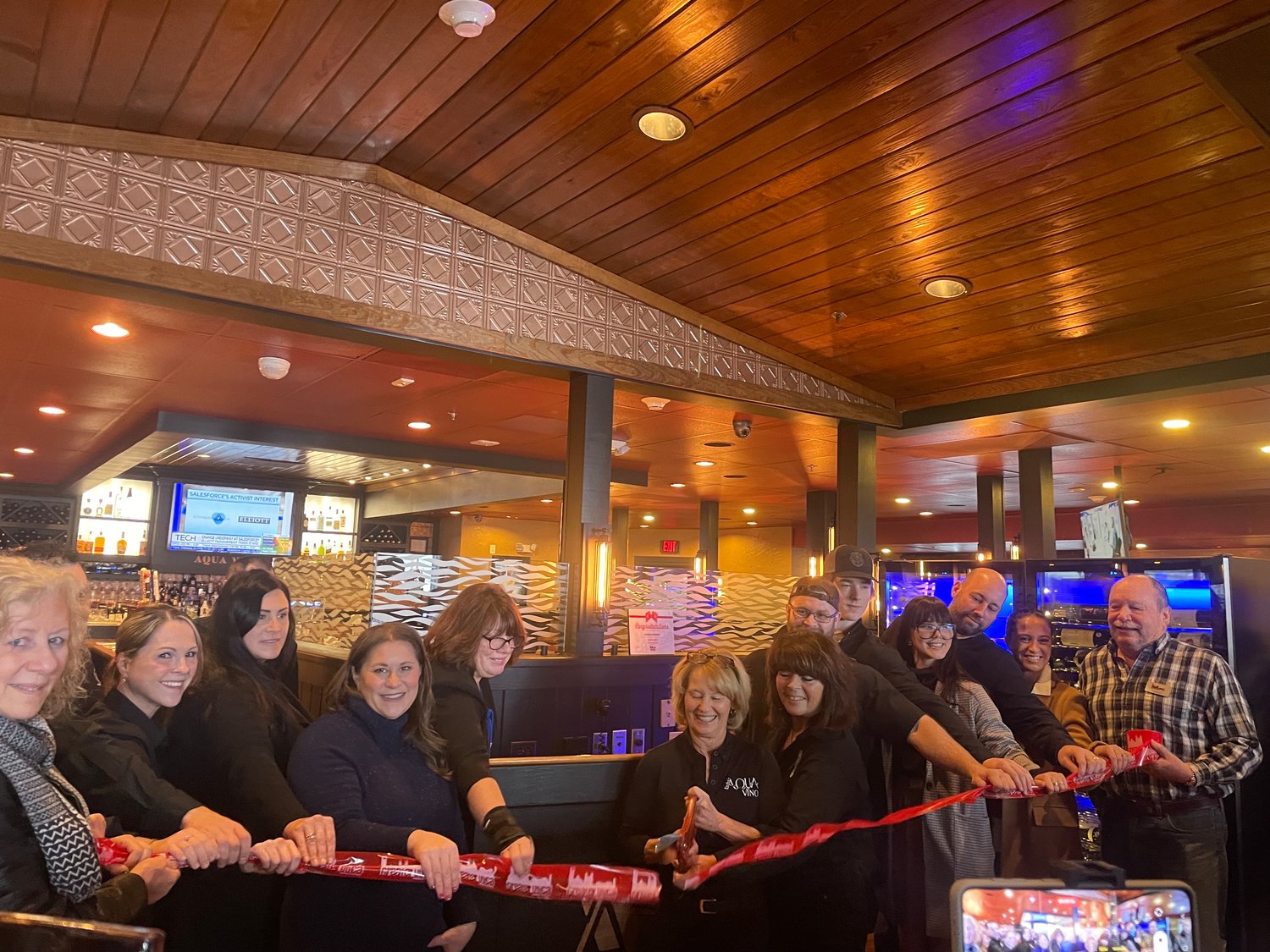 NEW HARTFORD   — The newly opened Aqua Vino Restaurant and Bar was filled with laughter and chatter as members of the community gathered for the restaurant’s grand opening the morning of Monday, Jan. 23.

“If you’ve ever been a customer, you know you’re not just a customer. You are family,” Puleo said.

Aqua Vino Owner Robert Esche, president of Mohawk Valley Garden and the Utica Comets’ AHL team, thanked everyone for coming to the ceremony.

“There’s nothing we’re more proud of than the staff that we’ve been able to keep together all the years and carry on Mike Geno’s legacy, a famed Utica chef who we lost during COVID,” Esche said.

“To all of you, I wish you the best, I’m excited, I look forward to wherever you are, it’s a wonderful place,” Buttenschon said. “I’ll invite all my colleagues and remind them in Albany, to stop here, because this is where you never go wrong.”

Aqua Vino’s new location is the former Outback Steakhouse building in the Orchard, located at 8655 Clinton Street in New Hartford. Aqua Vino had previously been located in North Utica, but Roser Development has taken over the restaurant space at 16 Harbor Lock Road to open a new restaurant and banquet facility this spring.

Aqua Vino opened in Utica 15 years ago, and Esche credits former Utica Mayor Tim Julian for his help in establishing the location.

“Fifteen years later, it’s just amazing to see how much our family has been extended, through people who have eaten here, at Aqua Vino,” he said. “Coming to New Hartford was a big step for us, we knew the building here was built to be a great restaurant.”

Eshe said that he looked for spaces in Utica, Clinton and Whitesboro to relocate and settled on New Hartford because of its central location and its proximity to the movie theater and other stores. The deciding factor was that the old Outback Steakhouse building was set up to hold a large restaurant and has more kitchen and seating space than in Utica.

Esche said there are new additions to the lunch and dinner menus, like a butcher’s board with a Denver steak, a Kansas City steak and a flatiron steak, in addition to the original menu.

“The thing I’m most excited about is the wine list,” Esche said. “We created a very elaborate wine list with French and Italian wines, and obviously some staple California wines, which we’ve never had before. We never really did much work because we never had much space to store a lot of wine, which was our biggest problem.”

Esche said that many people worked tirelessly to make the restaurant come together in time for the grand opening.

“A ton of people helped on this, whether it was with the hoods, the kitchen equipment, the gas, but there were two guys that worked with me at like three-four in the morning for like a month and a half, Ned Smajic and Jason Shafer,” Esche said. “The two of these guys, we worked and worked and worked. We got everything done, from all the construction that you do see. I could’ve never pulled it off without them. We’re very fortunate to have a lot of helping hands.”