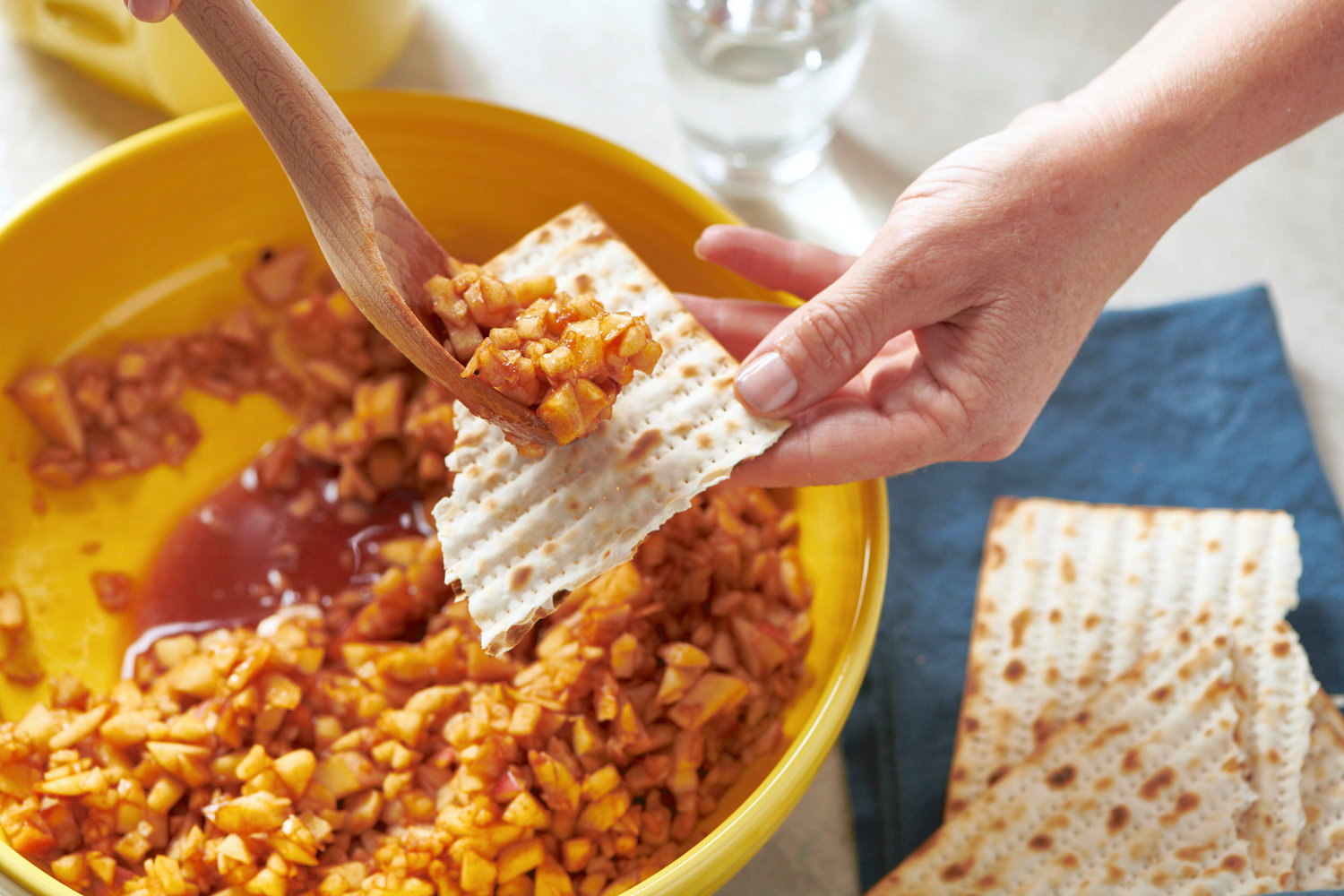 Seder plate — A recipe for Charoset, one of the 6 symbolic foods on the seder plate during Passover.
(Cheyenne Cohen via AP) 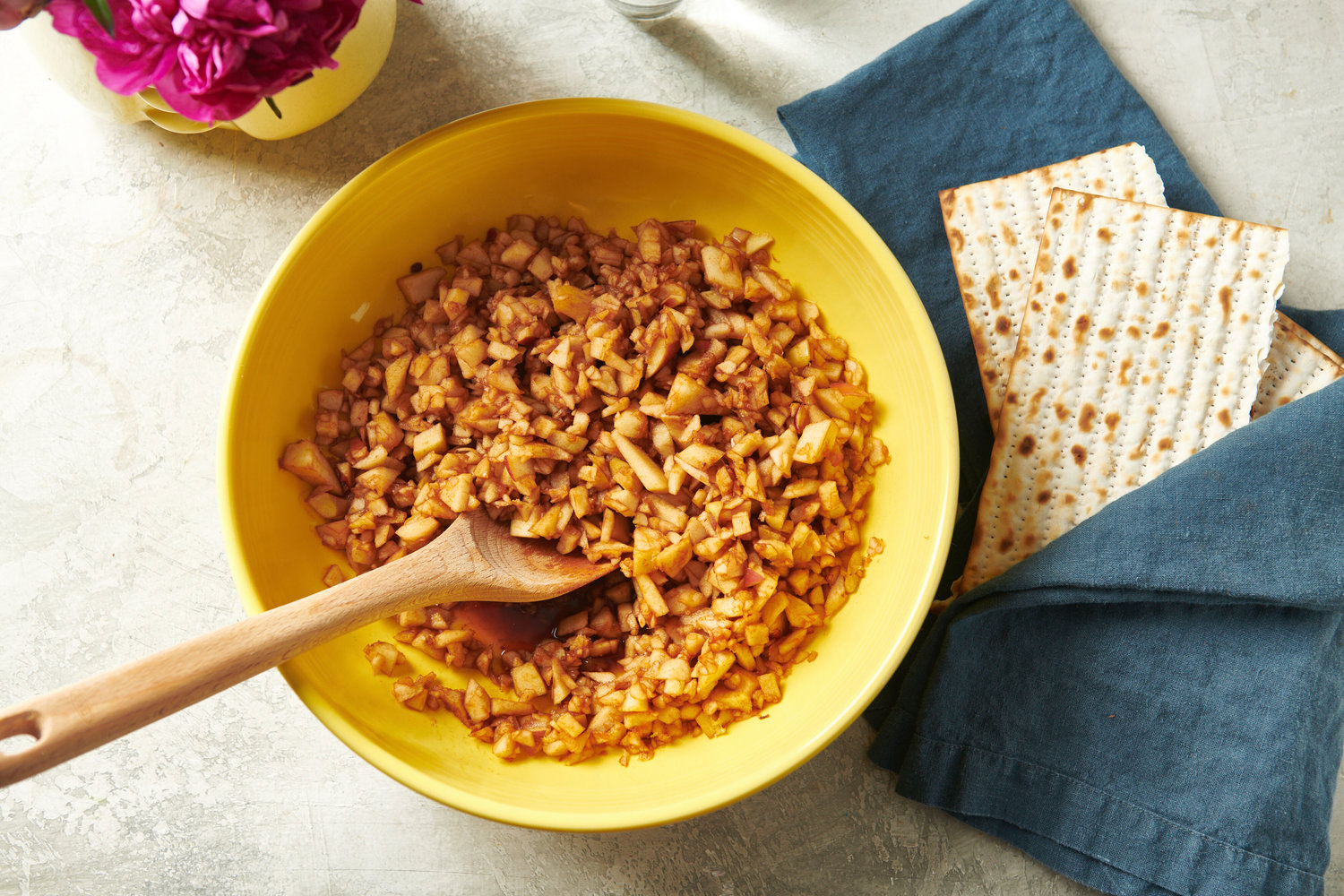 This Aug. 12, 2020 photo shows a recipe for Charoset, one of the 6 symbolic foods on the seder plate during Passover. (Cheyenne Cohen via AP)
AP
Previous Next
Posted Friday, April 8, 2022 4:00 pm
Katie Workman, themom100.com

It’s one of the six symbolic foods on the Passover seder plate — and it’s pretty delicious too.

Charoset (also spelled haroset) is usually made from sweet fruits, nuts and some red wine, all nods to verses in the Bible. You can keep eating it, of course, once its role on the seder table is done.

Passover begins this year on the evening of April 15 and runs for eight days. Seders, which tell the story of the Israelites’ exodus from slavery in Egypt, are held on the first and second nights.

The word charoset is derived from the Hebrew for clay. It represents the mortar used by the enslaved people in the building of pyramids and other structures for Egyptian masters.

American Jews who celebrate Passover, at least in the Ashkenazi Jewish tradition, have probably had some combo of apples, nuts and red wine, possibly seasoned with ginger or cinnamon. There are plenty of other fruit and nut combinations to play with, especially in the Sephardic Jewish tradition. Dates, sesame seeds and coconut are some other ingredients that might be included.

This recipe is for a classic, apple-based charoset. But it’s not all that classic, because the nuts, which I am allergic to, are optional.

Walnuts are the most commonly used nut in charoset. Use any apples you like; some of my favorites are Gala, Fuji, Macouns and Macintosh. And while it’s traditional to use sweet wine, you can use any red wine you have open. Taste the mixture, and if it’s not as sweet as you like, add a bit more sugar.

As for texture, some people like charoset roughly chopped. I’ve also seen it ground almost to a paste, which I find less appealing.

Charoset is traditionally served with matzo, the unleavened bread that is a staple of Passover. It represents the bread that didn’t have time to rise as the Israelites quickly packed up and fled Egypt.

Charoset also makes a nice companion to the chicken or brisket you might be serving as the main course later in the evening. And it keeps for two to three days in the fridge in a tightly sealed container. Scoop it up with extra matzo for breakfast or a midday snack.

4 apples, such as Macintosh, Gala or Fuji, peeled, cored, and roughly chopped

2 tablespoons sugar, or to taste

1/3 cup sweet red wine, such as Manischewitz (any red wine will do; sweeten to taste)

Turn the apples into a bowl and add the sugar, wine, lemon zest (if using), cinnamon, salt and nuts (if using).

Serve the charoset with matzo.

Katie Workman has written two cookbooks focused on family-friendly cooking, “Dinner Solved!” and “The Mom 100 Cookbook.” She blogs at http://www.themom100.com/about-katie-workman.