The New Hartford Town Board approved a zoning text amendment to begin the process for the construction of an apartment complex adjacent to Sangertown Square. 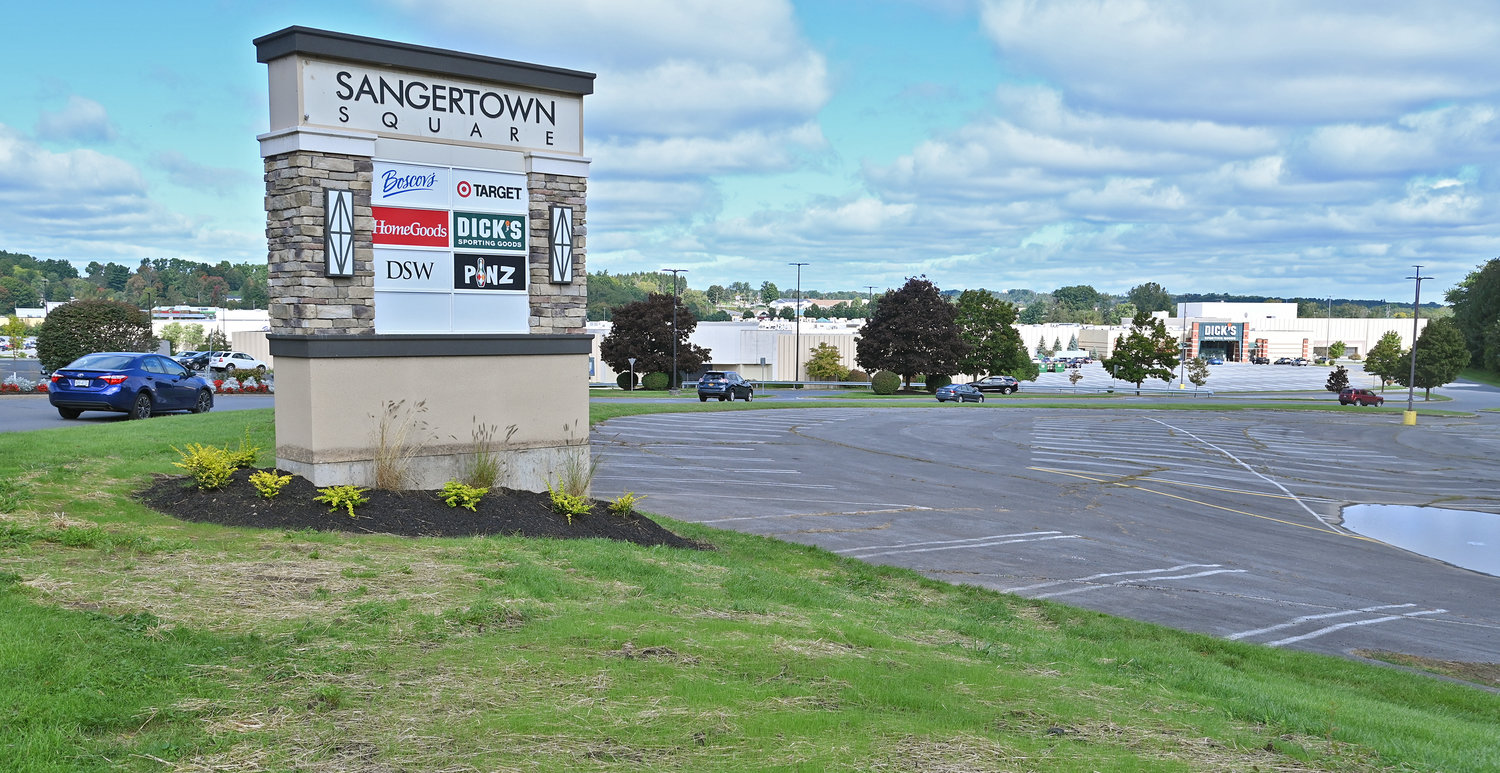 The entrance to the Sangertown Square shopping mall, from Route 5/Seneca Turnpike, is shown on Friday, following approval earlier this week from the town board to allow a change in zoning to permit a shopping mall and residential overlay.
(Sentinel photo by John Clifford)
Posted Saturday, September 24, 2022 6:40 am
Alexis Manore
Staff writer
email / twitter

NEW HARTFORD  — The New Hartford Town Board approved a zoning text amendment to begin the process for the construction of an apartment complex adjacent to Sangertown Square.

The proposal was brought to the board at the Wednesday, Sept. 7, meeting, but was tabled until the Sept. 21 meeting.

At the Wednesday, Sept. 21, meeting, three of the four council members voted yes to the proposal, while Ward 1 councilman James Messa, who introduced the idea of tabling the request, voted no.

The approval of the zoning text amendment means that the current zoning will change to be a new zone with a shopping mall and residential overlay.

In addition to the approval of the zone change request, the board also voted to declare itself the lead agency on the project and to refer the zone change proposal to the planning board. Again, Messa was the only councilor who voted no.

The aim of this project is to revitalize Sangertown Square, which has been experiencing financial issues that the COVID-19 pandemic exacerbated.

Out of the mall’s four pillar stores, JC Penney and Macy’s have closed, leaving only Target and Boscov’s.

In 2015, the mall’s estimated value was $85 million. More recently, the town valued the mall at $47 million, which caused Sangertown Square to sue New Hartford, claiming that the value is actually $9.4 million.

David Aitken, director of government affairs for Pyramid Management Group, a real estate development firm that owns Sangertown Square, thanked the board for its time.

“It’s the starting point, and I did have the opportunity to share some additional information with each of you, and I welcome the support,” he said.