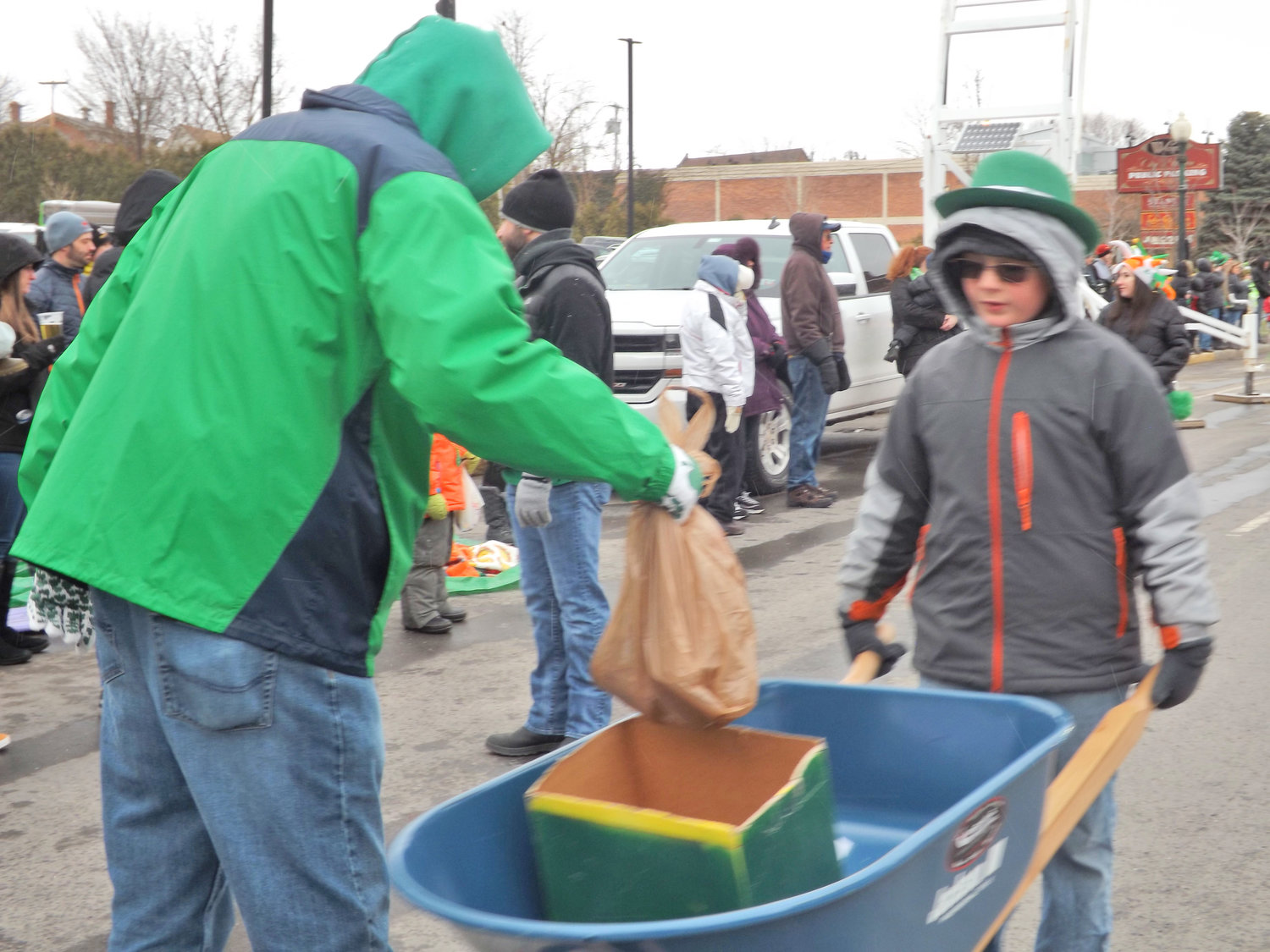 HELP FOR HUNGRY — An attendee of a previous St. Patrick’s Day Parade in Utica donates non-perishable food items in this file photo. Event organizers are once again collection donations of food or money to help the Mother Marianne West Side Kitchen feed those in need in the community.
(Photo submitted) 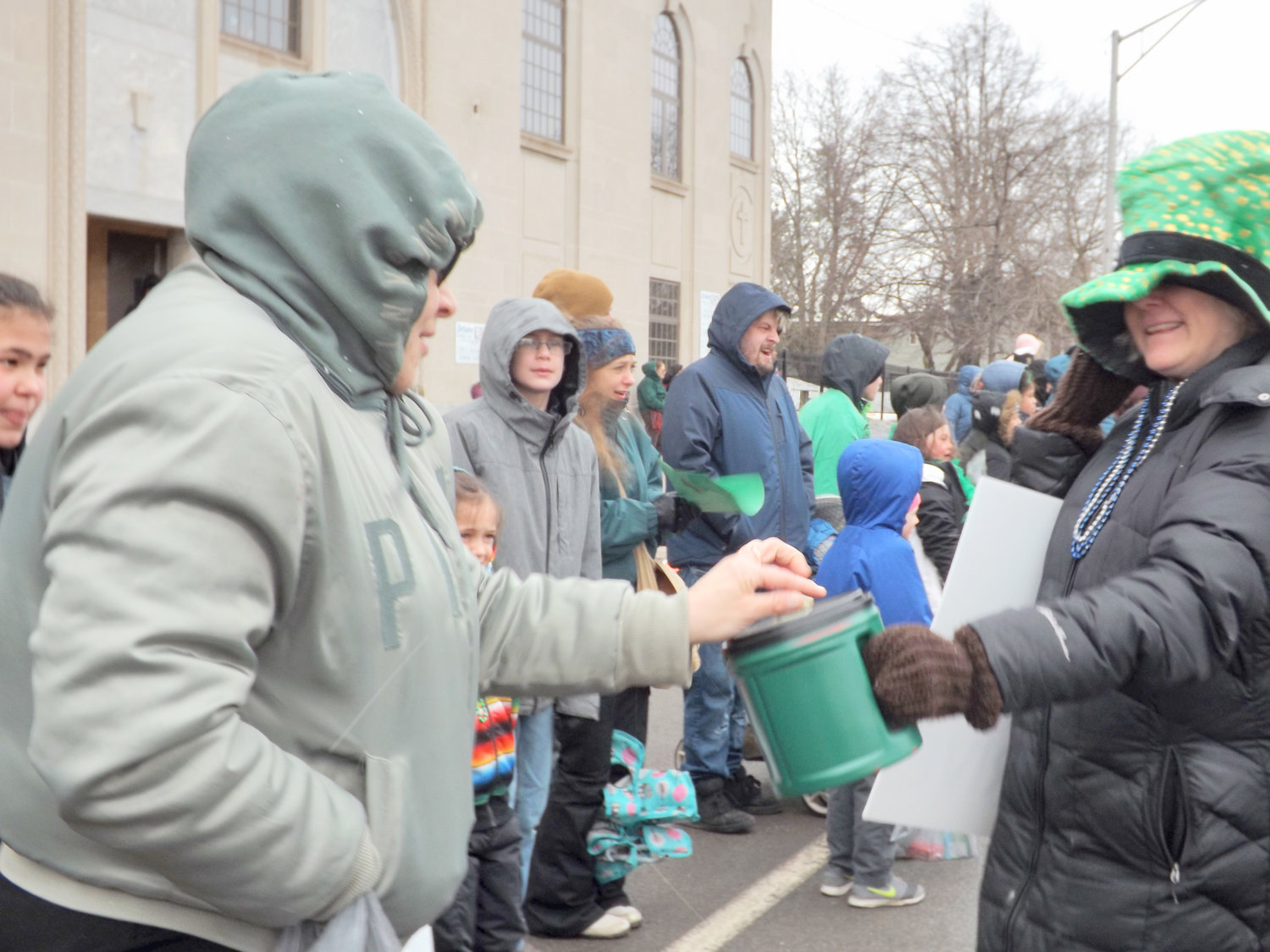 SHARING THE GREEN — A parade-goer at a past St. Patrick’s Day Parade in Utica donates cash to help feed those in need in the community. The annual food drive helps provide vital support for the Mother Marianne West Side Kitchen, organizer’s say.
(Photo submitted)
Previous Next
Posted Monday, March 7, 2022 4:11 pm

UTICA - For the 13th year, non-perishable food items will be collected during the Utica St.Patrick’s Day Parade on Saturday, March 12, according to an announcement by event organizers.

The Food Drive will benefit the Mother Marianne West Side Kitchen, which is named for Saint Marianne Cope, a Utica-native who was canonized as a saint by Pope Benedict XVI in October 2012.

Those attending the parade are encouraged to bring a non-perishable food donation which can be placed in the wheelbarrows as they pass by, organizers said, adding for donors to make sure to check the expiration date to ensure the item is still usable.

Containers will also be available for those wishing to make monetary contributions.

Organizers said that they “hope to make this, our 13th annual food drive, the most successful yet.”