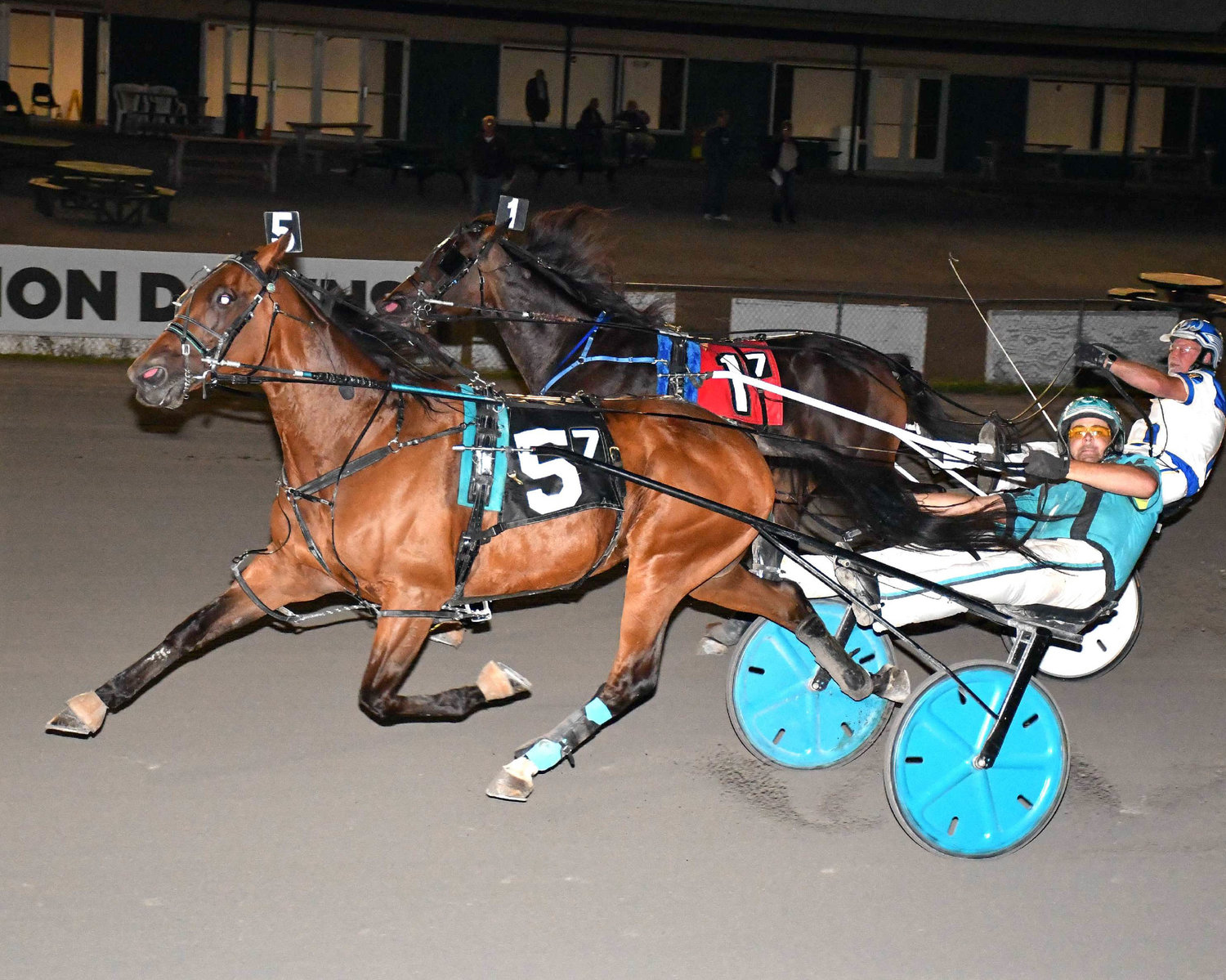 For more information, go to www.vernondowns.com.

American JJ ($9.00) forged right to the front and led to the first quarter in 28.4 seconds. He slowed things way down using a second quarter in 31.1 seconds to be first to the half in 1:00.0. Bet Big On Blue (Leon Bailey) was first to make a move going first-up heading around the final turn. American JJ led to three-quarters in 1:29.1.

American JJ is a 9-year-old gelding by Jailhouse Jesse. He is owned by Lewis and Lisa Miller and trained by Hannah Miller. It was his third win this season and his 31st career victory.