All aboard the beer and wine train

All aboard for a different kind of happy hour that will definitely give you and your friends something to toast.

All aboard the beer and wine train 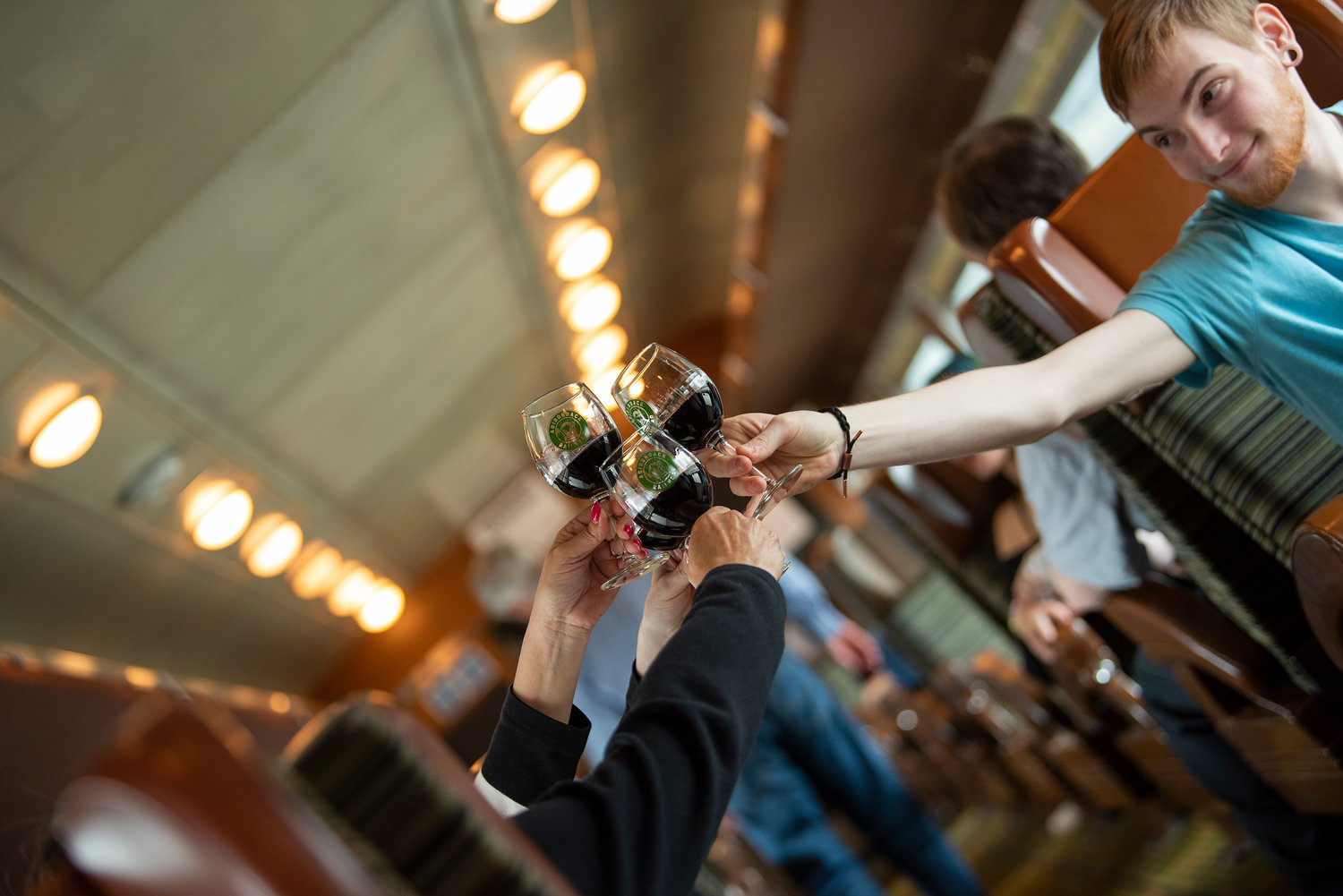 Passengers enjoying some drinks aboard the Beer and Wine Train.
(Courtesy of Adirondack Railway Preservation Society) 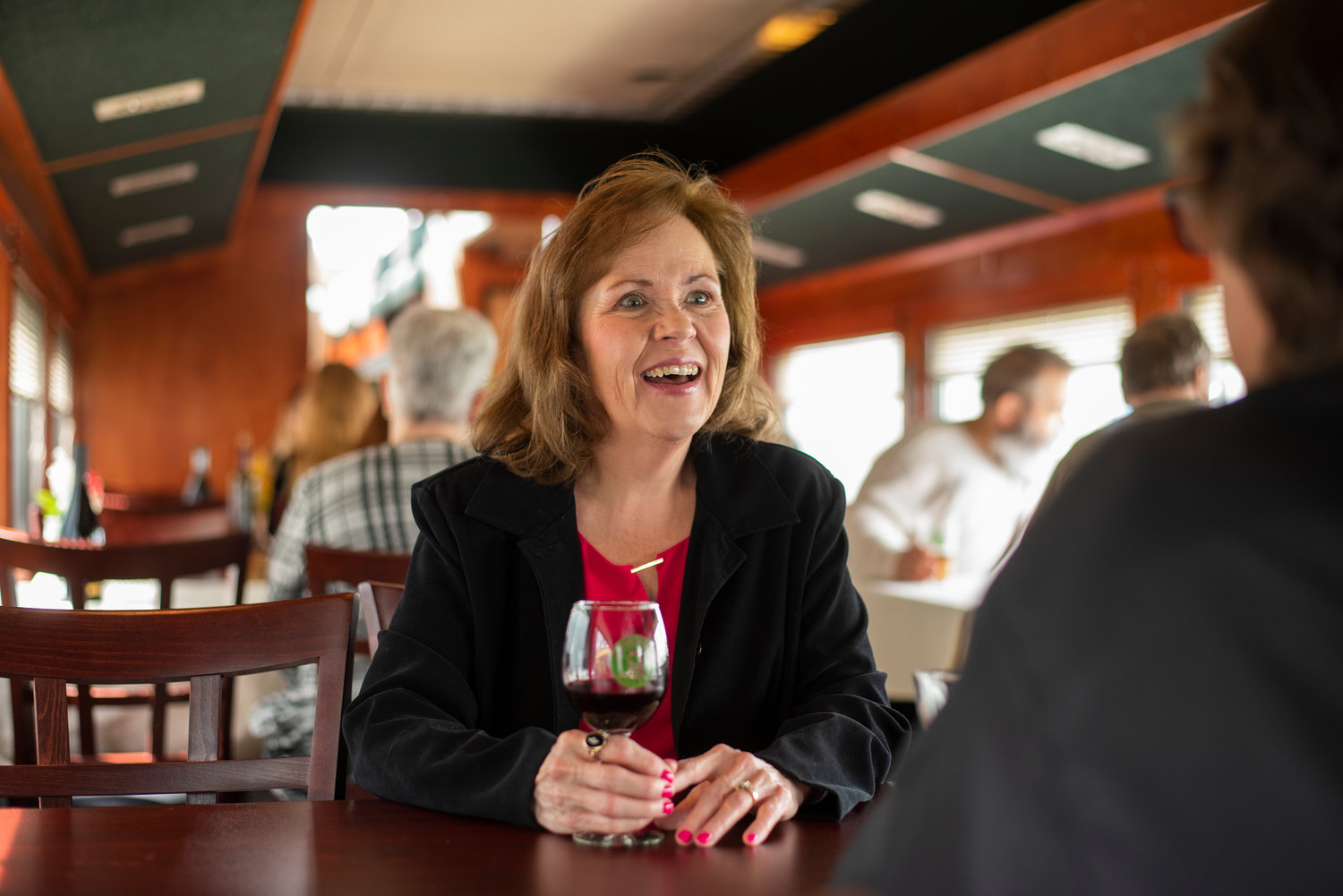 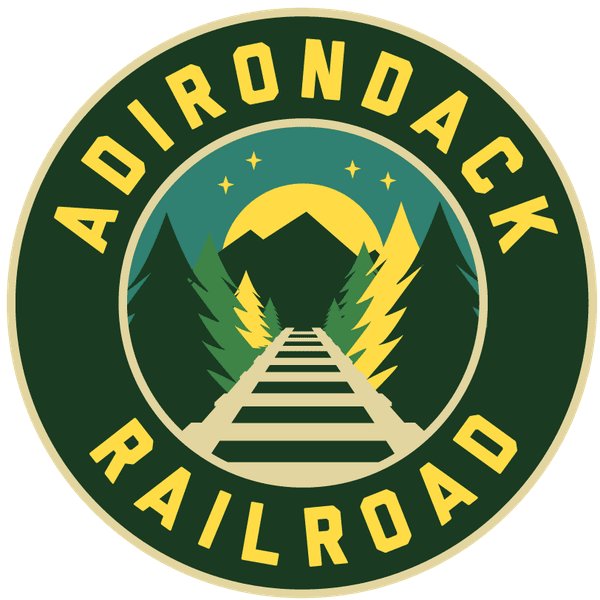 UTICA — All aboard for a different kind of happy hour that will definitely give you and your friends something to toast.

The almost three-hour excursion leaves Utica’s Union Station at 6:30 p.m. and heads north to the Remsen station, with arrival at 7:30 p.m. At 8 p.m. the train leaves Remsen and returns to Utica, pulling in about 9 p.m.

Along the route, the train crosses the Mohawk River, the Barge Canal and the Cincinnati Creek, and runs through the scenic rolling hills of the Mohawk Valley, Erin Crowe, director of passenger services for the Adirondack Railway Preservation Society explained. It certainly provides a different vantage point of the area, compared to the highways.

It’s “over the river and through the woods,” she joked.

But there’s much more going on than just crossing waterways and traveling through the countryside. Not only can passengers enjoy the comfort of the train, sip wine and beer, they can enjoy live music by popular local and regional bands aboard the Club Car.

Of the performers, Crowe said, “We have some real talented people in this area.”

Those on tap to play on the beer and wine train includes performers from a variety of genres. Utica resident and former contestant on NBC’s “The Voice” Shawn “Big Sexy” Smith will play on July 22. Country group, The Nelson Brothers, are scheduled for Aug. 12. Entertainment for the Aug. 26 date has yet to be announced. Gridley Paige, whose music is described as high-energy rock and dance, appears on Sept. 16. Syracuse-based rock ‘n’ roll band Master Thieves will be performing on Sept. 30. The Dovetones, whose playlists include hits from the 1920s to the 60s, will be on board on Oct. 14, and the final date of the season, Oct. 28, will feature guitarist Max Scialdone.

When registering for the ride through the Adirondack Railroad’s website, adirondackrr.com, riders can choose between First Class and Coach Class.

The First Class fare of $55 includes table seating, a tasting cart, and a selection of hors d’oeuvres – shrimp cocktail, meat and cheese platter, or a summer salad. Coach Class is $38, and guests are offered light refreshments. Seats are grouped into a quad, so guests can face one another during the ride, Crowe explained.

The alcohol is purchased separately and is not included in the fare price. Beer is $5 each; wine is $6 per glass or $20 to $22 for a bottle, Crowe noted. All passengers – and all must be at least 21 years of age – receive a complimentary beer or wine glass (glass only - beverage not included) with each regular adult ticket purchase.

Currently, each ride will feature a New York State wine, and according to the website, the wineries represented include the Prospect Falls Winery in Prospect, the Heron Hill Winery in Hammondsport in the Finger Lakes area, Owera Vineyards in Cazenovia, and Thousand Islands Winery, based in Alexandria Bay. The website shows which winery is being highlighted on a specific date.

The beer menu includes some popular brands, such as Sam Adams Summer Ale, in honor of the season. Soda and water are also available for purchase. Passengers can bring on additional snacks, but no outside alcohol can be brought onto the train.

The Beer and Wine Train has been running for at least eight years, with a pause in 2020 due to the COVID-19 pandemic. It returned last year on a limited schedule, Crowe said.

This year, the attraction is meeting with great response. The First Class car can accommodate 52 people and the Coach Class Car can seat about 54. The May trip sold out and the June excursion was nearly sold out as well.

There’s even more than the scenery, the refreshments, and the entertainment for guests to enjoy. Anyone interested in history and architecture will certainly find a lot to take in at both Union Station and the Remsen Station.

Union Station was built between 1912 and 1914 and is complete with marble columns and terrazzo flooring. It is on the National Register of Historic Places.

Perhaps not as grand as Utica’s, the Remsen Station, too, is historic. Serving trains since the 1800s, the station was rebuilt in 1999 on the same site and according to the same plans as the original version.

Those looking for a special way to celebrate happy hour with family and friends won’t want to miss this train.