After loss of daughter, Jamestown woman finds peace through paintings

The cardinal easily stood out to Cindy Humble as it sat perched on a pine tree in the back yard of her Chapman Street home in Jamestown.

After loss of daughter, Jamestown woman finds peace through paintings 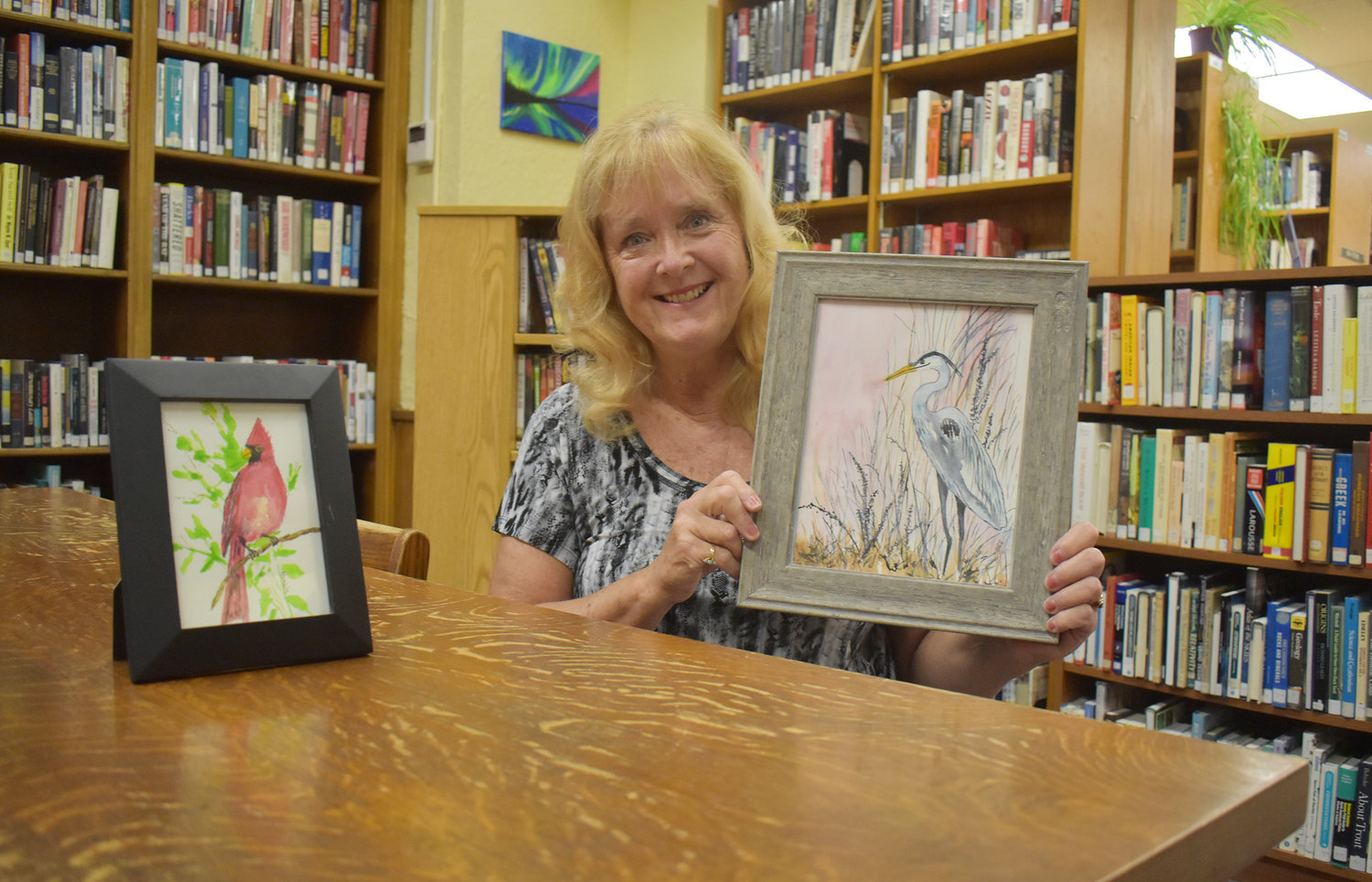 The cardinal easily stood out to Cindy Humble as it sat perched on a pine tree in the back yard of her Chapman Street home in Jamestown. Not because the dead tree lacked pine needles that might otherwise have camouflaged the bird a little bit better.

Instead, it was the unmistakable chirping that grabbed her attention.

“Imagine, in winter, it just sitting there,” Humble said of the cardinal. “It was the most beautiful song.”

Amid the many dark days that followed the death of her daughter last December, Humble was inspired by the beautiful bird and other signs to turn her grief into art and help others who might be going through hard times.

“After she passed I was having a bad day, and I had a lot of bad days,” said Humble, 68, of the morning she spotted and heard the red cardinal. “That was definitely a sign.”

Just six months earlier her daughter, Morgan, had been diagnosed with stage 4 liver cancer. The news, made apparent when Roswell Park Cancer Center called even before the test results came back, was a shock to the family. At 30 years old, Morgan watched what she ate and was in excellent shape. In fact, Humble referred to her daughter, a resident of Brocton, as a mermaid because she loved to be around water, both for sport and leisure.

To help with medical costs during Morgan’s treatment, the family hosted a volleyball fundraiser. During that event, Humble said a “complete stranger” approached and told her how Morgan had saved her life. The girl, who said she suffered from depression, had talked through her problems with Humble’s daughter.

“I was so dumbfounded,” Humble said of learning the information, something her daughter never disclosed.

Morgan Ashley Humble died Dec. 18, 2021 — 11 days shy of her 31st birthday. She was survived by her parents, Cindy and Scott; a brother, Eric; and her fiancee, Dale Wiberg of Brocton.

According to her obituary: “Morgan was a shooting star that burned out too soon. Her smile would light up a room and people were drawn to her like a moth to a flame.”

Humble said of her daughter’s death, “It was a real dark time. None of us felt like we wanted to go on. We felt so much despair and hopelessness.”

Born in 1990, Morgan loved the outdoors. She was an avid swimmer and also enjoyed camping and hiking. After some encouragement, she trained for the “Big Fish Triathlon” in Dewittville in 2017; she came in first in her age group.

About five years ago, Humble took part in a “paint and sip” event in Jamestown. It was there she was first introduced to acrylic painting, and a “new passion was born.”

She began searching Pinterest and YouTube for artwork to replicate, occasionally using a tutorial. Acrylic paints, she said, are great for beginners because mistakes can be painted over.

A year later, she branched out to watercolors after taking a series of classes with Susan Giannantonio in Mayville.

“The water and paint seemed to have a life of its own,” Humble said. “The way they would flow and blend on the paper was like magic. Watercolor isn’t forgiving like acrylics and a do-over is sometimes impossible with some art ending up in the trash.

“But the thrill of seeing the vibrant color soften to lighter hues when dry always surprises me.”

After her daughter’s death, Humble admits she felt anger and experienced denial during the grieving process. While Morgan was sick, she also questioned her faith.

“There was a time I was feeling angry with God, asking why are you not using all this prayer and healing her?” she said.

But then there were the signs — the chirping cardinal that still hangs around her yard and the clear-as-day angel wings she saw one day in the clouds.

Renewed by her faith and love of art, Humble began posting some of her work on Facebook. Word of mouth through her church also helped spread Humble’s story about her daughter and how painting helped her to cope.

When Humble learned someone was going through a similar struggle, she would send a painting.

“During those dark days I began painting red cardinals,” she said. “If I heard about someone experiencing a loss, I would send them a cardinal painting as a sign of hope. My painting began to take on a purpose and the quality of my art improved. I gifted many pieces of art, but in return the paintings saved me from depression and loneliness.”

Since February, the Jamestown resident has given away 15 to 20 paintings — many that feature a red cardinal, though she also enjoys creating owls and other animals as well.

Humble’s artwork currently is on display at Falconer Public Library through September. As of late last week, the library at 101 W. Main St. in the village had 50 pieces of her work on display.